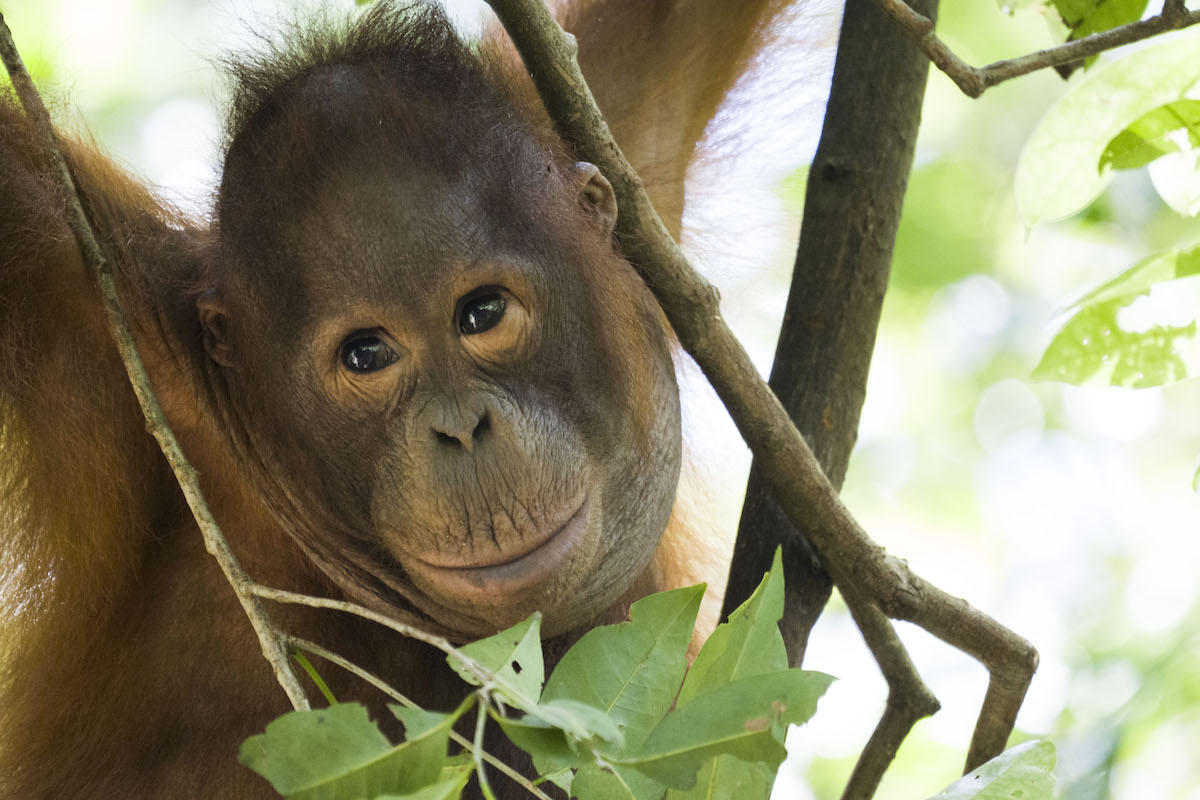 Despite the pandemic, life marches on at IAR Ketapang.

Kukur is currently on Monyet Island along with other 12 orangutans. He has developed quite well, especially considering that he was raised by humans in captivity in terrible conditions for a long time before he was finally rescued.

Kukur is very active in the forest around the island and he is also a very smart guy. Kukur learned very quickly the ways through the forest and where the best foods are. Kukur also feeds in all kinds of foods brought by the animal keepers. He is not a picky eater and really enjoys eating sweet potatoes, cucumbers, papaya leaves, eggplant, papaya and bananas.

Kukur usually spend a lot of time in the trees, exploring the forest and foraging. He has now learned to recognize and avoid venomous animals such as snakes. When he sees a snake, he immediately puffs up his hair and climbs up a tree to get away from it. Kukur is also diligent in making nests. Not only does he repair old nests, but he also often builds new ones. In a day, he can make up to three new nests. He likes to build nests to have a short nap during the day and he will also make new nests again to sleep during the night.

Kukur has also become an extrovert! He is often seen socializing with his friends at the forest school. But most of the time, he is with Uka, his best friend. They often play wrestling and roam the forest together in search of food. Usually, they feed on various types of forest fruits and barks.

Since our last update, Kukur has shown great progress and excellent acquired skills for his future reintroduction in Bukit Baka Bukit Raya National Park. The future is looking bright for him! Go Kukur!!