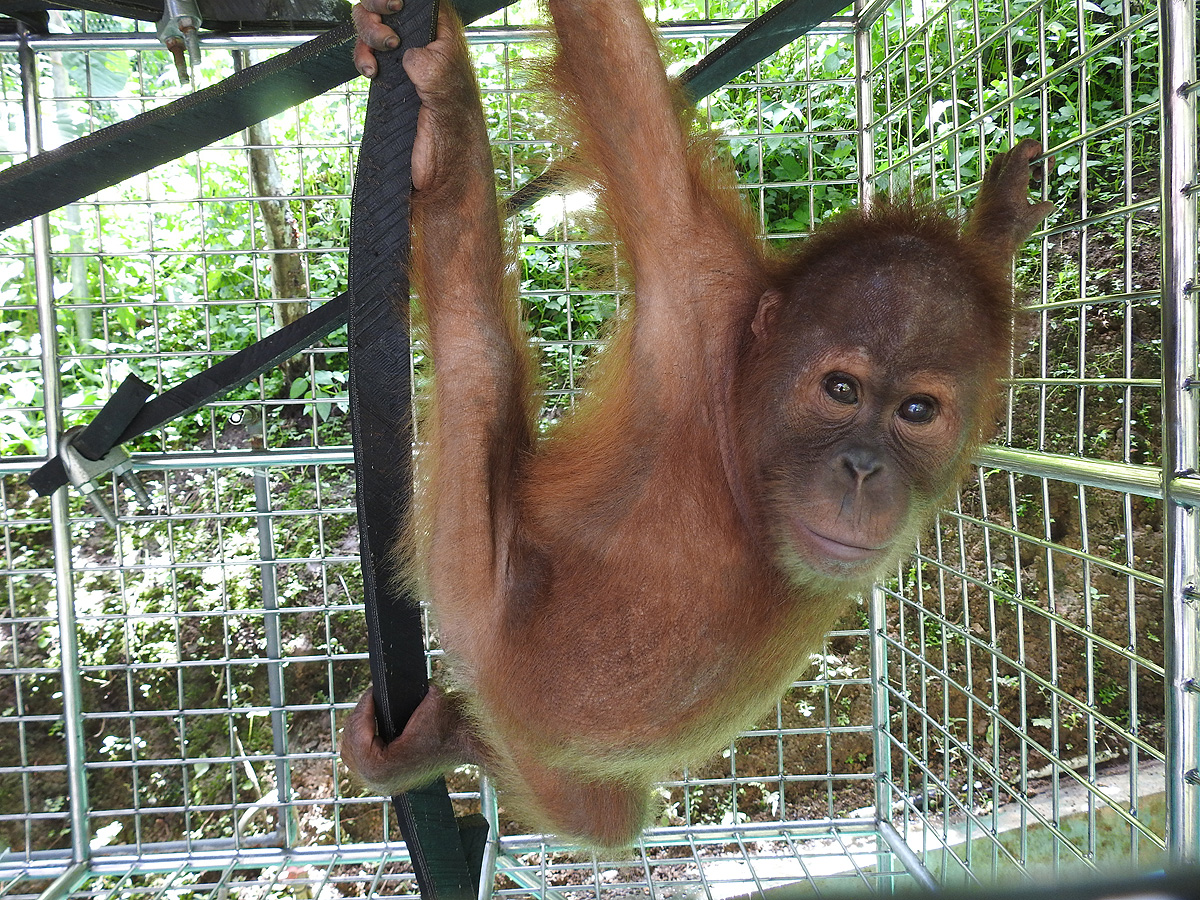 Molika is a female Sumatran orangutan who is estimated to be around 4 years old. She was brought to the SOCP quarantine on June 25, 2018 by a government task force (BKSDA Aceh) and OIC (Orangutan Information Centre). She had been confiscated from Gampong Baru Village, Idie Rayeuk District, East Aceh, where she had reportedly been kept illegally as a pet for two years before finally being handed over to the authorities.

During her period in captivity Molika shared a filthy cage with a macaque and was fed human foods such as rice and dry salted fish. Her physical condition was very poor but based on her initial veterinary check-up, she does not appear to have any serious, untreatable health problems.

She does, however, have acute fungal skin disease on her head, arms and legs. The SOCP vets had to trim her hair in these parts to allow for better treatment. We're all looking forward to seeing her beautiful blondish red hair grow back!

Molika is highly dependent on people and seeks human contact at all times, moving closer when anybody approaches her quarantine cage. This behavior will take time to undo.

Due to her years of captivity it will take years for Molika to be rehabilitated to the point where she can successfully be returned to the wild... where she will have a second chance at living life as she was meant to— as a wild orangutan!