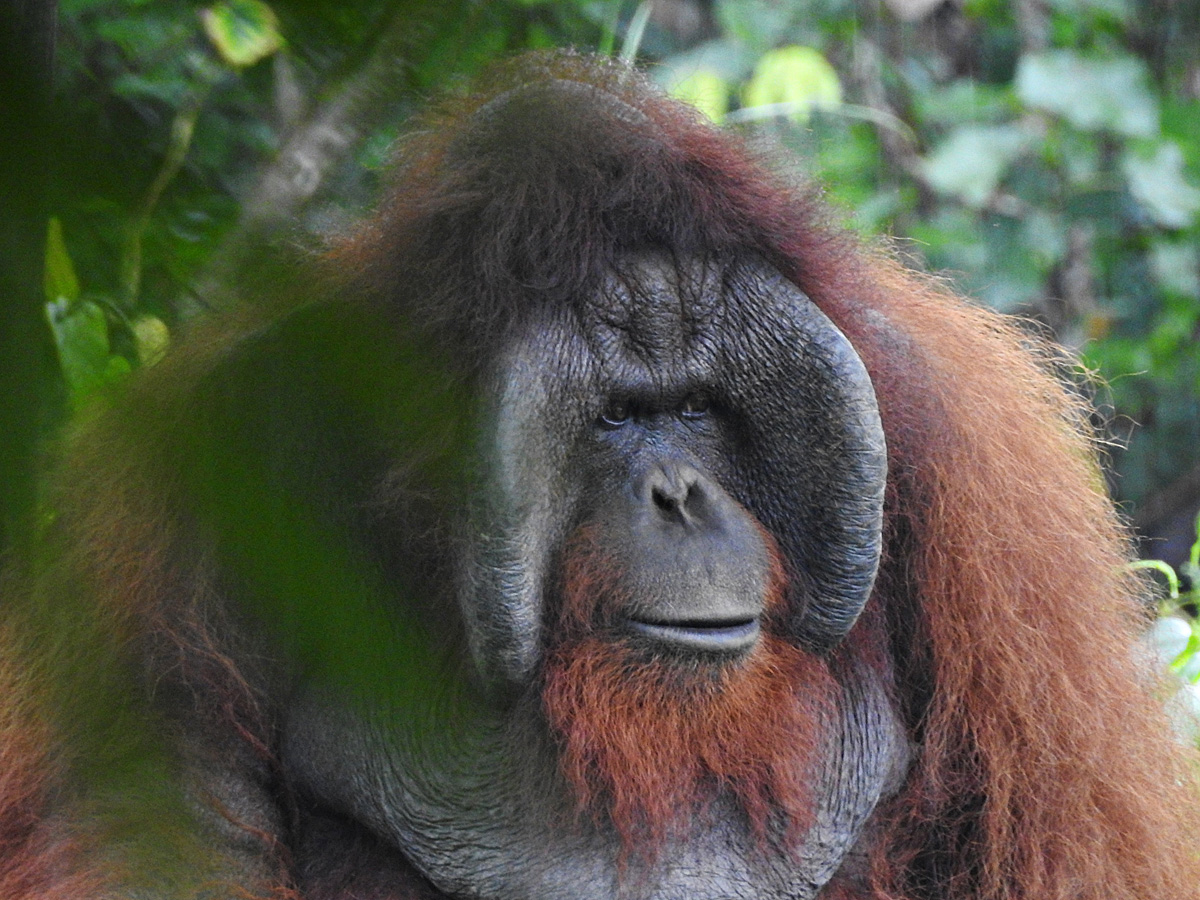 Papa is a 31-year-old, adult male orangutan cheekpadder who is being cared for at the BOS Samboja Lestari Orangutan Rehabilitation Center. Papa was brought to Samboja Lestari on September 1, 1994, after being repatriated from Taiwan, where he had been sold as an illegal pet. He was around four years old when he arrived. Unfortunately, medical tests revealed that he had contracted Hepatitis B, meaning he needed to be kept away from other orangutans and housed all by himself in a special quarantine enclosure.

Hepatitis B is an infectious disease that attacks the liver. Generally speaking, the Hepatitis B virus is typically only found in humans, but due to a shared 97% of DNA between humans and orangutans, interspecies transmission of the disease is possible. Moreover, we knew that Papa had been in close contact with humans when he was in Taiwan.

Our dedicated veterinary team routinely checks on the orangutans in our care at the rehabilitation centers, especially those who are suffering from a disease. It was a miracle when, in 2010, a breakthrough in research showed that the strain of Hepatitis B that Papa had was actually naturally occurring in wild orangutan populations and posed no threat to the safety of other orangutans! This was nothing short of life-altering for Papa. But sadly, due to his advanced age and lack of experience learning basic survival skills in Forest School, Papa was still classified as "unreleasable". This was not the end of the story, however...

During his time in the quarantine complex, Papa was known to be quite aggressive towards technicians. (Who could blame him? He was stuck all by himself in a small cage!) However, he rarely showed hostility towards other orangutans in his complex, unless he felt that his territory was being compromised, and only then would he react and fight back. Papa also excelled at working out the enrichment puzzles and items that we regularly provided.

Considering Papa's improved health and behavioral development in the complex, the team decided to give him the opportunity to leave his caged enclosure in order to experience life in the open. In December 2017, Papa was relocated to one of Samboja Lestari's manmade islands, Island #4. This island is large enough for him to explore and share with three adult females - Vera, Citra, and Isti.

Papa is one of the lucky "unreleasable" orangutans, as he is getting the chance to enjoy life in the open on an island. Nearly 100 other orangutans are still being cared for in the quarantine complex (at both BOS Samboja Lestari & Nyaru Menteng) due to various health issues, insufficient natural behaviors, or simply due to the limited number of sanctuary islands currently available. We are doing everything we can to get these poor souls out of the cages and onto islands as quickly as possible...

Papa's success story encourages us to keep working hard, so we can fulfill the dream of seeing every orangutan at the center living as freely as possible!

Thank you for adopting this amazing soul... We hope you love him as much as we do! {:(|}