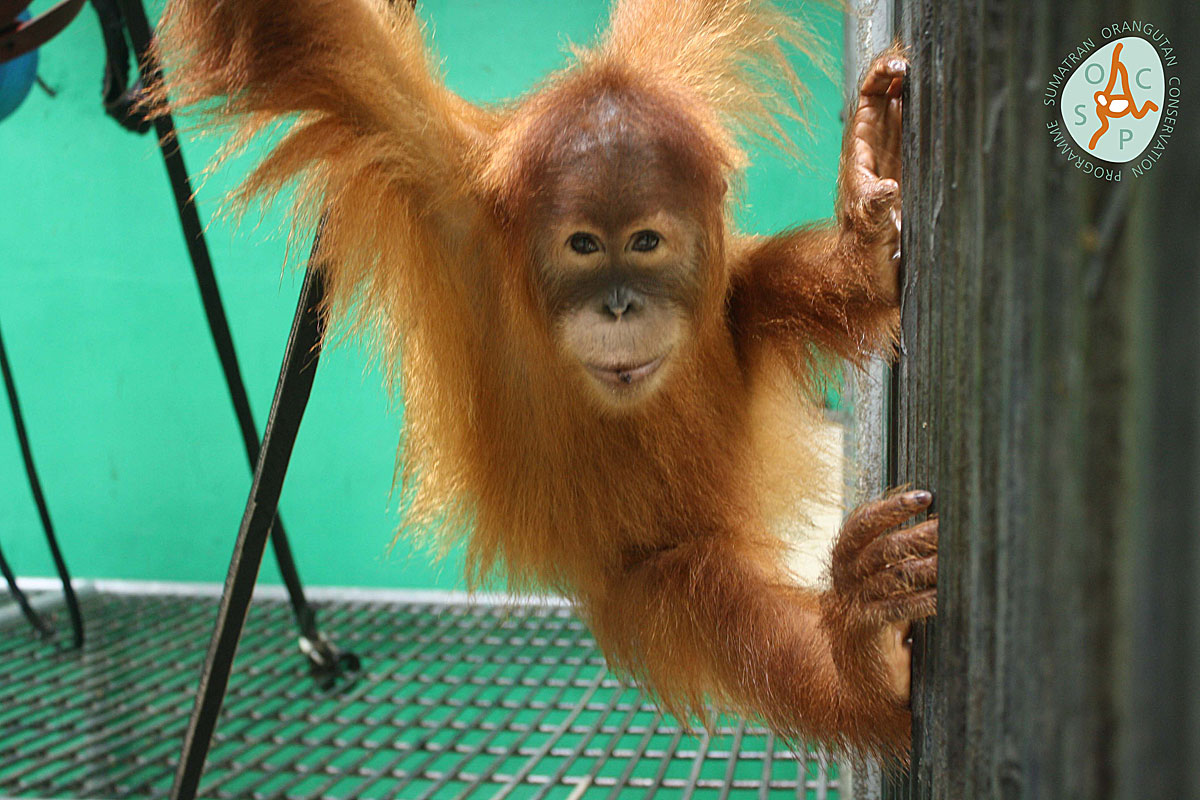 Megaloman was an infant when he arrived at the SOCP Quarantine and Rehabilitation Center in May 2014. He was thought to be only one month when he arrived in the center and the fact that he had even survived was a miracle. He was confiscated from Kutacane, Aceh Province. He is a member of the "Young Group" at SOCP’s Orangutan Socialization Facility.

Over the past few months there has been very little rain, and the dry season has allowed the young orangutans to settle into a daily routine of spending their days at Forest School. Mega does well in Forest School although he still loves to play rather than practicing his foraging and nest-building skills.

Unfortunately, due to a high influx of orangutans under three years old, Mega has had to spend a bit more time indoors so as to allow the newcomers time in the forest. The older and the younger orangutans can't be taken out to Forest School together as the older, more skilled orangutans can be overly dominant towards the younger ones. Such behavior makes the younger feel afraid to play by themselves and they require extra attention from their caregivers. Unfortunately, we do not have enough resources to run two separate Forest Schools simultaneously.

Megaloman and his friends always manage to keep themselves busy, even when they have to spend extra time in the socialization cage while the younger orangutans have their time in the forest. Mega is known for being an expert when it comes to opening whole coconuts! We sometimes give whole coconuts as enrichment and the orangutans need to figure out how to open the coconut by themselves. Megaloman will grab his coconut, climb high in the cage and throw it powerfully to the cage floor until it breaks. In doing so, he must move quickly from up above down to the floor because if he is too slow the other orangutans will take his coconut!

Megaloman now moves freely in his group as no orangutans cling onto him anymore. In the past, his friends Rory, Teshi and Sibring would sometimes cling to him and weigh him down as he tried to climb higher and swing through the trees...

Fortunately, Megaloman has been healthy. Our goal is to bring him to Forest School as often as possible so he can increase his brachiating, foraging and nest-building skills. He generally has a very pleasant disposition and his caregivers love spending time with him.