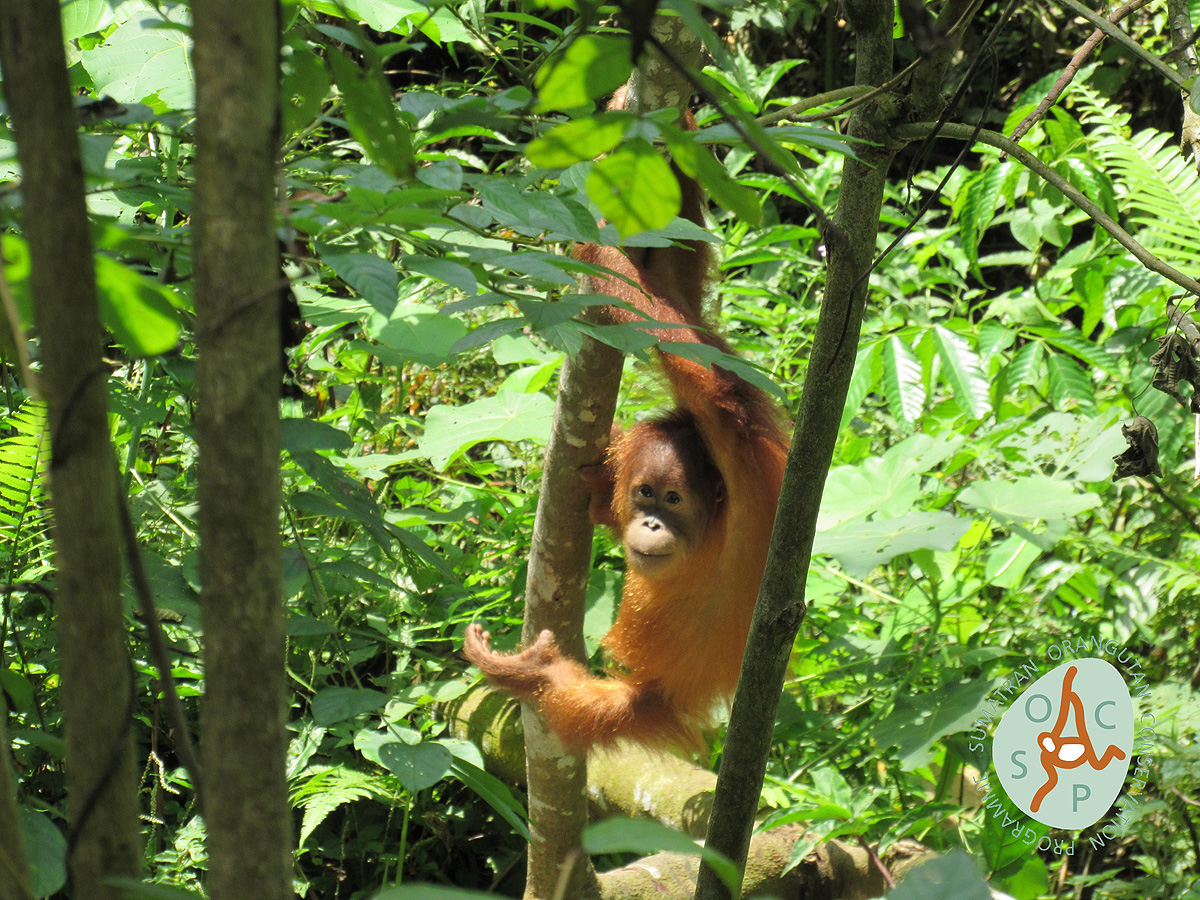 Megaloman is an infant male Sumatran orangutan who arrived at the SOCP Quarantine and Rehabilitation Centre at a very young age— estimated at only one month. He comes from Kutacane in Aceh Province and entered the centre on 15 May 2014.

In the last update Megaloman was being housed in the "middle group" of the socialization cages but he has since been moved to the infant socialization facility. This is not because of any negative developments in his own behavior, but rather because several orangutans in the middle group were always clinging to Megaloman, which made it difficult for him to move around and do what he wanted. The staff separated Megaloman from the other infants in order to give him a break from his own popularity! So far this re-grouping seems to have worked well for Megaloman, ex-cage mates in the middle group and his new friends in infant socialization. The younger orangutans are not clinging onto him and he also not showing dominant behavior such as taking food from the others in the group.

Megaloman has officially joined Forest School and goes outside on a daily basis. He can now climb and move among the trees, though he needs to improve his skills on calculating how strong branches are that can hold his body, because he sometimes moves between trees without really taking into consideration whether the destination tree is strong enough to sustain him. This will come with time...

Megaloman is quite social and tends to prefer to play with other orangutans rather than playing alone. In Forest School even though they are high up in the trees, Megaloman still plays with others. Unfortunately, if he sees companions who still prefer to play on the ground Megaloman will join them and spend hours on social play like rolling, biting or wrestling down on the forest floor.

Some orangutans also like to play a 'jumping game' in which they jump from the trees to the ground (from a height of approximately one meter). Megaloman will always join the others if he sees them jumping. If the staff don't stop them or otherwise manage to distract their attention to other activities, they can spend their entire day doing this. On the contrary when Megaloman meets skilled and focused orangutans like Cece, he will simply copy what Cece does in the forest – a behavior that we love to see and encourage. Megaloman is a fast learner, but at the moment he seems to enjoys more playing and having fun in the Forest School, rather than focusing on improving his forest skills like his friends Cece or Keumala.

Megaloman is very healthy and his bodyweight now is 12.04 kg (27 pounds). Compared to other orangutans in Quarantine his age he looks skinnier but his body weight is actually within the normal range and his shape is more similar to wild orangutans of a similar age. It's just that some of the others are heavier than wild orangutans!

It is good to keep Megaloman training frequently in Forest School with various sizes of trees so he can learn to manage his balance when he wants to move among the trees. He favors spending time with orangutans such as Teshi or sometime Bina Wana, who sometimes cling to him, making it difficult to move around independently, so it's important for his caregivers to constantly monitor him in the group and, if necessary, separate him from the other orangutans who are making it difficult for him to grow and develop.