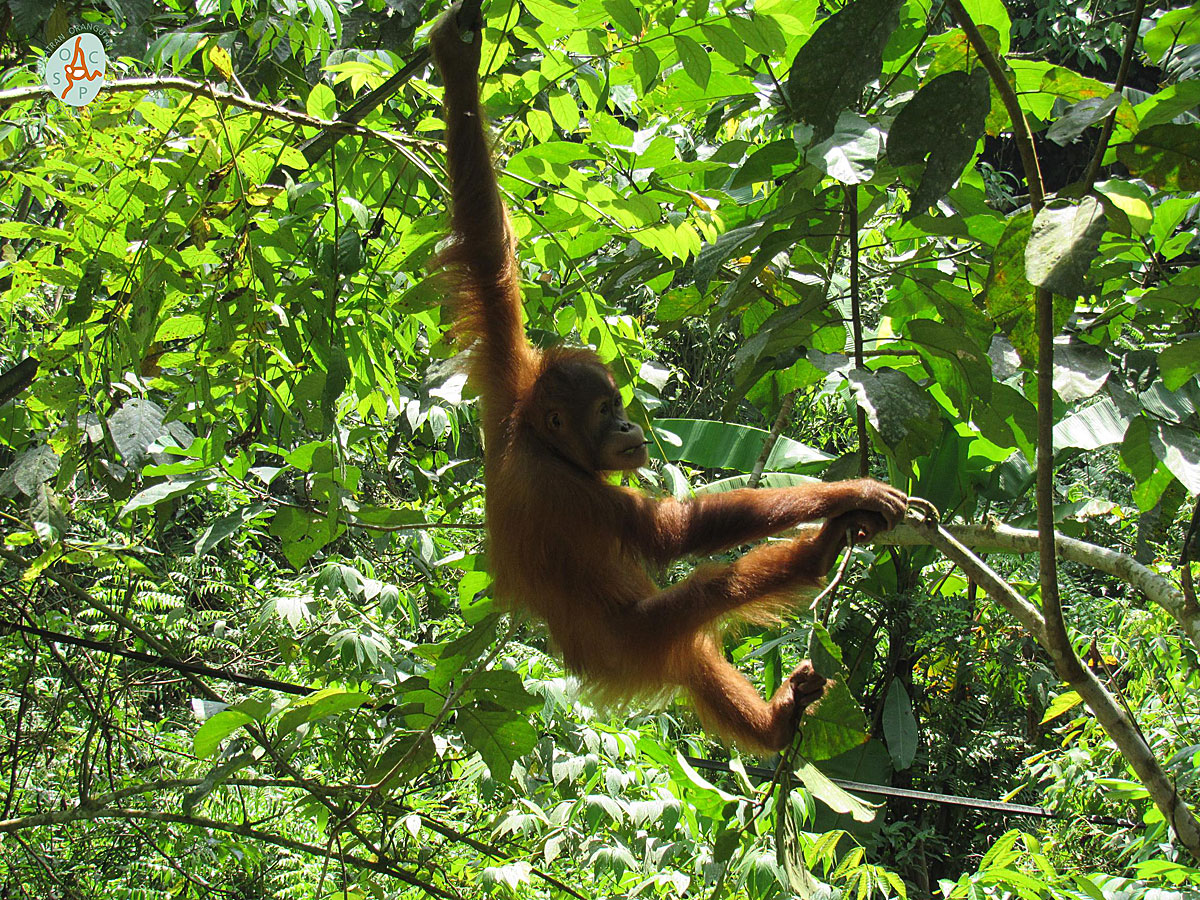 Megaloman was an infant male orangutan who arrived at the SOCP Rescue and Rehabilitation Centre in May 2014. He was thought to be only one month when he arrived in the Centre. He was confiscated from Kutacane, Aceh Province. Megaloman is a member of Young Group of SOCP's Orangutan Socialization Facility.

Megaloman has finally been able to play in Forest School again! The last time we checked in with you, Megaloman's group wasn’t getting much Forest School time because we had so many newly arrived infants at the SOCP Rescue and Rehabilitation Center that our staff had to concentrate to taking the infants to Forest School to avoid them getting stressed. We also were unfortunate with the weather at that time and had consistent, heavy rain making it difficult to run Forest School every day. So, we are delighted to announce that in January of this year we welcomed two new keepers to our SOCP staff family at the Rescue and Rehabilitation Centre! This has allowed us to run two Forest Schools each day since the beginning of the year. This means that Megaloman's group has been able to go to Forest School regularly again, and he is one of the orangutans in his group that enjoys Forest school the most! Usually, he moves actively from branch to branch until he finds forest fruits when he will concentrate hard on eating the fruit and not move to another tree until he is satisfied.

Megaloman has recently become more focussed on climbing and traversing trees. This is a great change in his behavior as previously when different age groups of orangutans were at Forest School at the same time, Megaloman would often get distracted by the infants rather than explore the forest. He is an easy-going orangutan and can often be found hanging out with orangutans from other groups at Forest School.

One thing we have noticed about Megaloman is that, while not underweight, he is a little skinnier than other orangutans his age. His body shape is actually more similar to a wild orangutan of his age rather than an orangutan in captivity. We are not concerned as medical checks have showed everything to be normal. One explanation could be that as he is very active in his cage he could be expending a lot of energy this way which is resulting in his more slender shape.

In Forest School Megaloman is not only playing. He is also learning to find forest fruits. Megaloman will continue to attend Forest School regularly to keep building up his climbing skills and ability to smoothly move around the forest canopy. 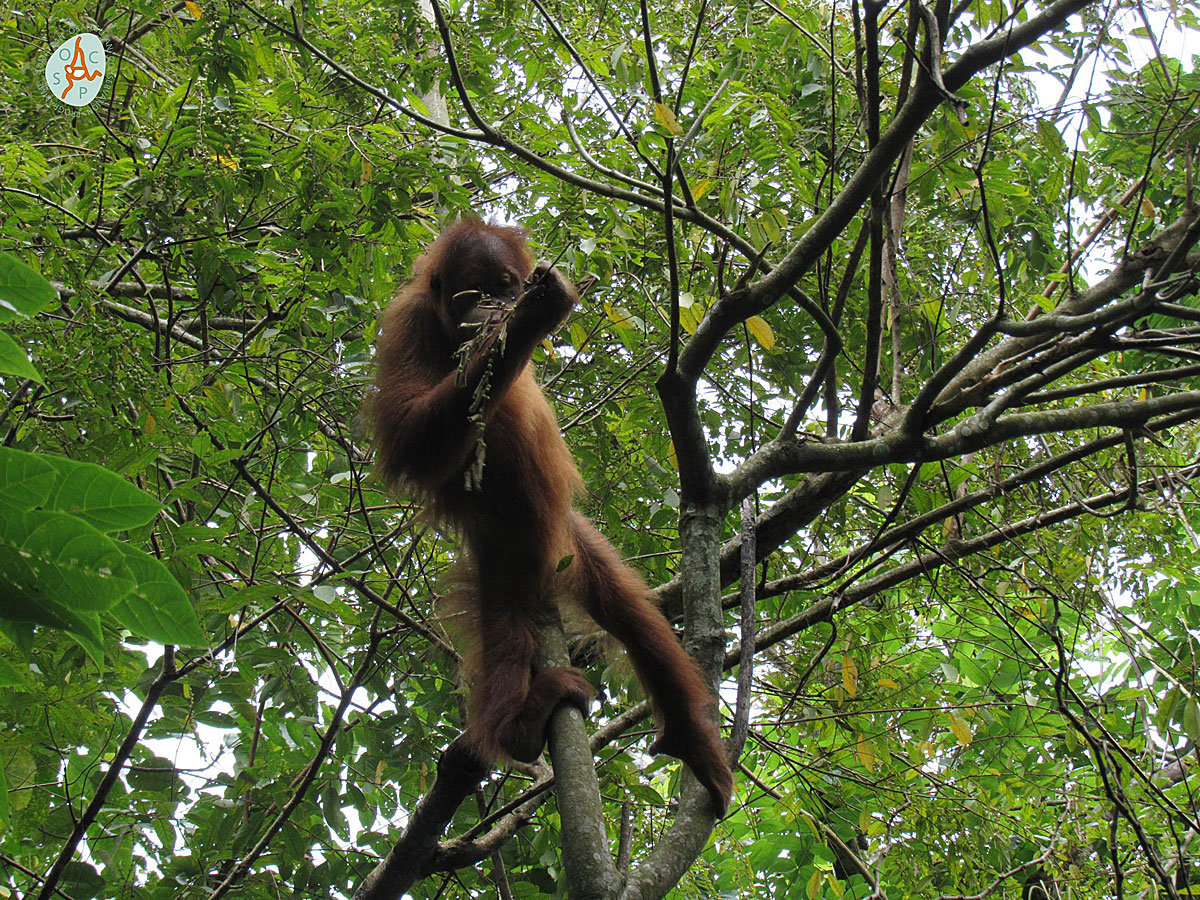