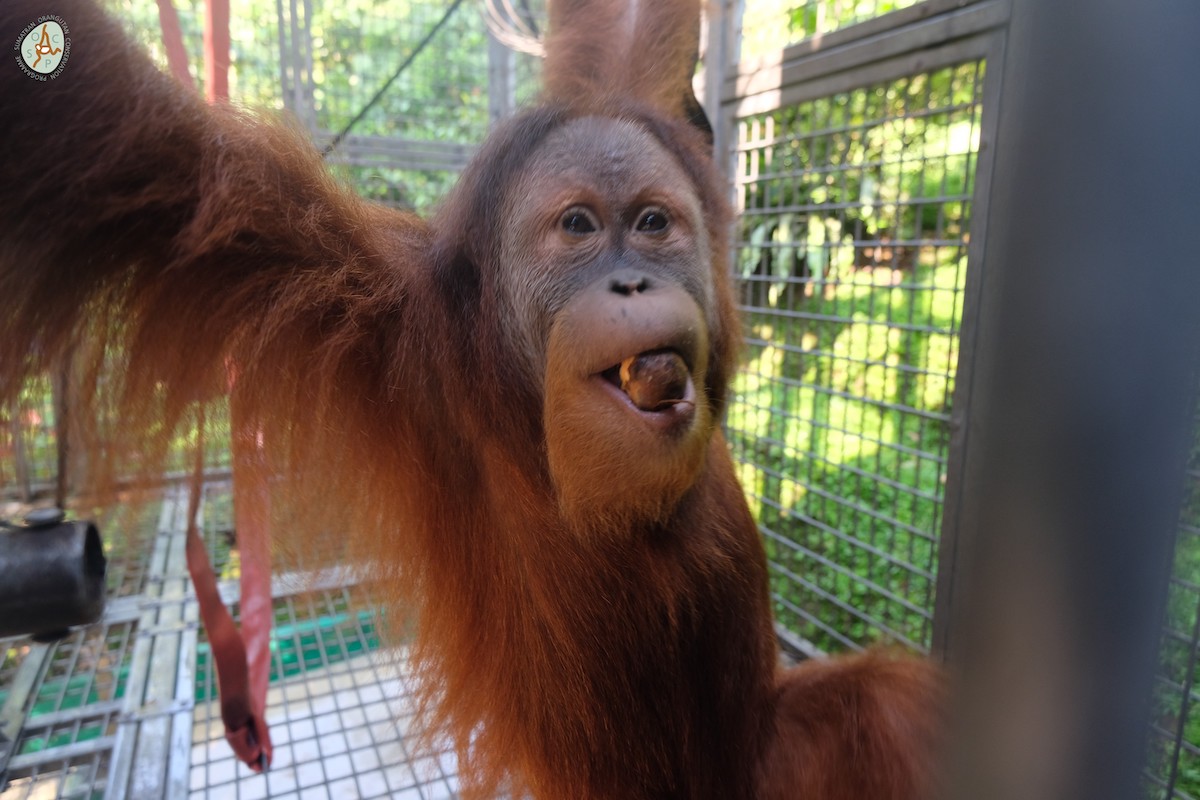 Megaloman was an infant male orangutan when he arrived at the SOCP Rescue and Rehabilitation Centre in May 2014. He was estimated to be only one month old when arrived from Kutacane, Aceh Province.

In the last update we reported that Megaloman was very close to a younger female orangutan named Rika. After staff spent more time observing the two orangutans it was decided that it would be best for Megaloman and Rika to be separated due to Rika’s dependence on Megaloman. Their relationship had reached the staged where Megaloman could not effectively express himself due to Rika constantly clinging onto him.

In Forest School, Megaloman is showing improvement in climbing and swinging. Even though young orangutans are often clumsy when jumping, Megaloman has never been seen falling from a tree. He also has good navigational skills in Forest School and is highly skilled at finding food there. Megaloman is also great as using enrichment materials, he regularly makes a nest from leaves in his cage but has yet to be seen making one in Forest School.

Megaloman recently had a small injury on his palm that he might have sustained when playing with other orangutans. The vet administered a topical treatment and it recovered well.