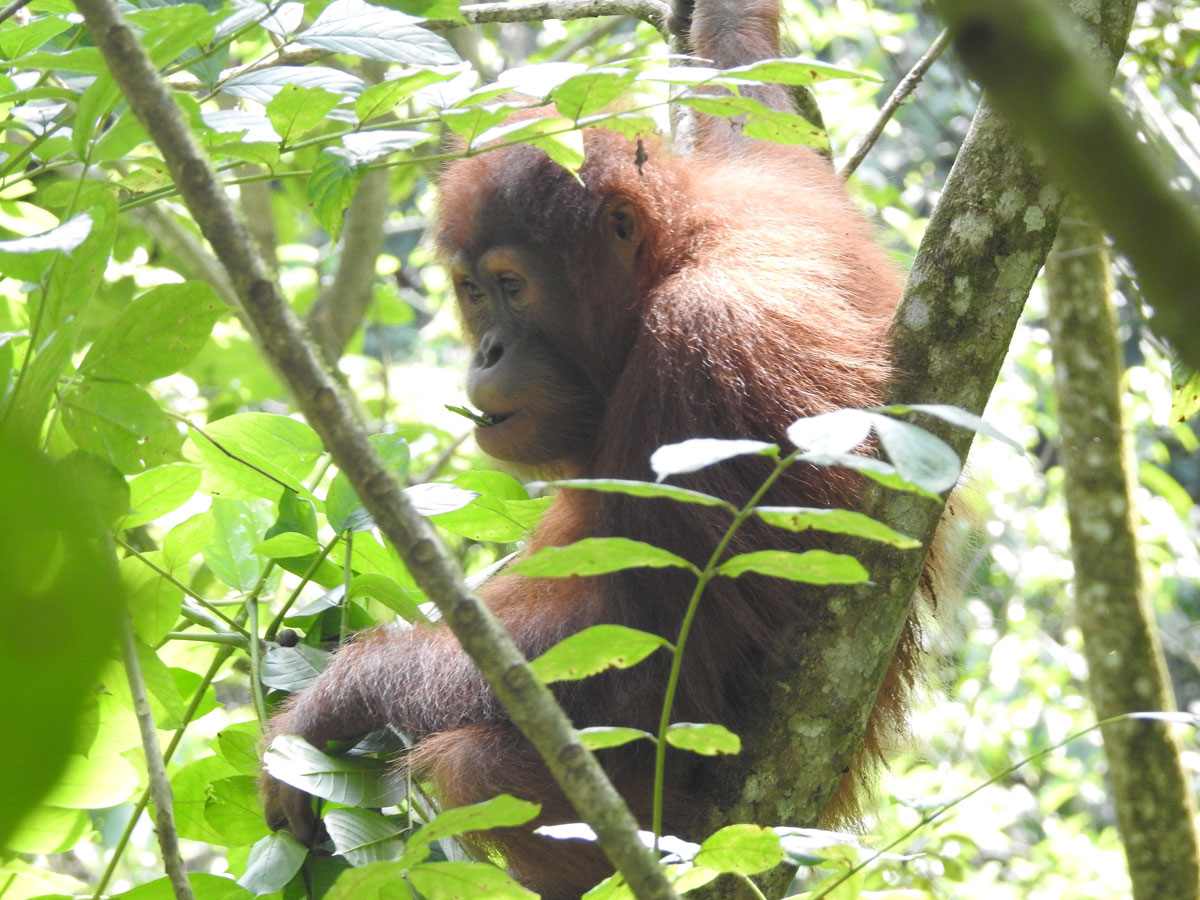 Molika was confiscated by BKSDA Aceh in collaboration with Orangutan Information Center (OIC) and brought to the SOCP Rescue and Quarantine Center in June 2018. Molika had been kept as a pet for about two years in Gampong Baru Village, Aceh Province. She stayed in a small cage with a macaque. She was fed with human food such as rice and salty fish and is accustomed to people. Currently, Molika is in the Middle Group.

In the last update Molika was in the Young Group and had become a dominant orangutan in this group. Now, she is leveling up to the Middle Group. Although she is not dominant in the Middle Group and other orangutans sometimes take Molika's leaves and other enrichment, she is socializing well in her new group and can handle the challenges of the new group. Since we have been able to start the Forest School again, Molika has had a chance to attend. To take her out of the cage is sometimes difficult as Rory, a dominant male in her group, tries to block staff from taking his cage mates out by showing aggressive behavior. However, since Molika trusts the staff she will approach the cage door to make it easier to sneak her out of the cage.

In the Forest School Molika will follow other orangutans and therefore it is important to find her a good companion as her activities will be copied from her friends. If she joins orangutans who just like “having fun”, like chasing-jumping-rolling on the ground, she will do the same. Conversely, when she is with orangutans who “have goals” in Forest School, like climbing and traversing or tree-foraging, she will do these things well. Because of this the staff usually put Undi as a role model for orangutans like Molika and Megaloman. Undi is a female orangutan who has very good forest skills. She has become a role model for many orangutans who join Forest School with her. They usually follow Undi’s activities as she is confident up in the trees and dares to move from one tree to another. Undi also takes a lead in tasting forest food and the others will copy her.

Compared to the last reporting period, Molika’s forest skills have developed quite well. Previously, she moved quickly from one tree to another and was less cautious about whether the tree was strong enough to support her body. As a result, she sometimes fell (though she was never injured!). Now, she is more careful and tests the branch before she decides to move across. Instead of moving randomly she is calmer and more meticulous. She observes the situation around her before deciding her next activity. Such knowledge and skills will be needed once she is living independently in the forest in the future.

Spending more time in Forest School will provide Molika an environment where she can develop skills physically and mentally commensurable with her age. Molika has been a lesson for the staff that being patient with an orangutan’s development is key to rehabilitation of ex-captives. In other words, all in due time... Ex-captives like Molika need support, not pressure, and we strive to give all the orangutan in our care as much time as they need to do things at their own pace.

Molika has had no serious health issues recently. Keep up the great work, Molika!