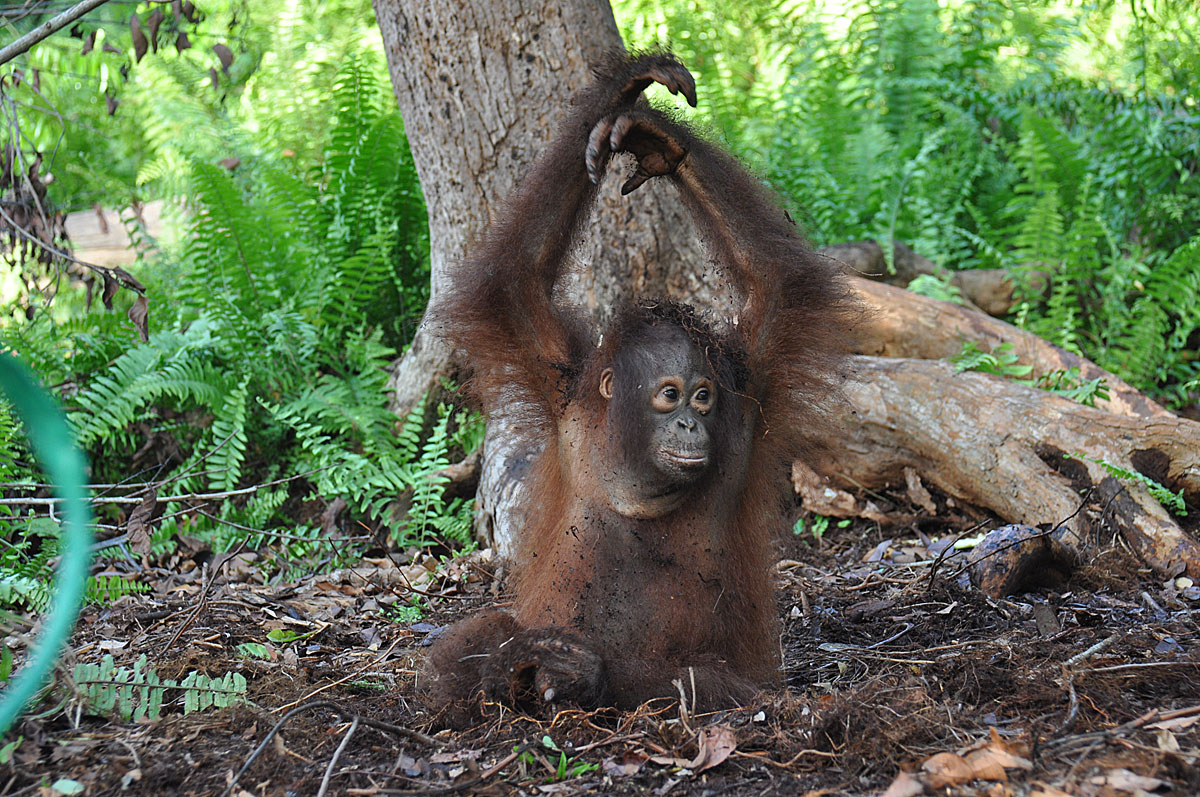 Three months ago, we challenged Topan by placing her in Nyaru Menteng's Forest School Group 2, along with several of her friends. Her sound progress, dominant nature, and acquired skillset meant that she was ready to compete with the bigger, more experienced orangutans in Group 2.

Like her friends, she had some difficulty at first adapting to her new environment. She initially was not very active, and preferred instead to observe others rather than try out new things for herself. However, she slowly gained confidence after befriending Mema and Josh, who had joined the group before she did. Mema and Josh, despite their small stature, are very good climbers.

One day, when the three were playing together in the top of a tree, along came Tuti, a wild orangutan who has roamed the Forest School area for the past four years. When Tuti first started hanging around Forest School, she was still with her mother. But, she is now old enough to live on her own, and her mother has moved off to a different area. Without hesitation, Mema and Josh quickly welcome her to join them. But Topan was unsure, and climbed down to keep her distance.

The following day, when Topan was playing alone, Tuti approached her again. She seemed to be curious about Topan, as though wanting to learn more about this newest member of the group. This time, Topan gladly played with Tuti and the two explored the forest together. What a wonderful opportunity for Topan, to learn from a wild orangutan!

We hope you make good use of this experience, Topan!

This month, Topan progressed to Forest School Group 3, after proving that her climbing skills had vastly improved. The way in which she grips, swings, and jumps between branches is pretty impressive, and she often does so with a mouthful of food! Now that’s truly talented!

There is an abundance of rambutan - the hairy-looking sweet fruit - this month in Nyaru Menteng, and our surrogate mothers have been each taking a lanjung bag full of rambutan to Forest School for the orangutans in Group 3. While Topan is a good forager, there is no way she will pass up the opportunity to get some sweet rambutans from a surrogate mother to savor. She is often seen brachiating through the canopy with a number of rambutans clenched in her mouth!

Topan is getting better at climbing and foraging, and has also learned to build nests. Whenever she finds a small tree with flexible young branches, she will bend and weave them into a bed-like structure, then pile some ferns on top of it. Despite the final shape of her nests being less than optimum, Topan is totally committed to repeating this ritual over and over again.

It is great to observe Topan as she develops her skills. Her progress has also seen her take a step back from showing her dominance over other orangutans. This is probably due to her shift of focus, which is a good thing! The fact that she is now grouped with several larger orangutans also probably has something to do with it!

As Topan continues to develop her independence, we hope to see her pick up even more skills! 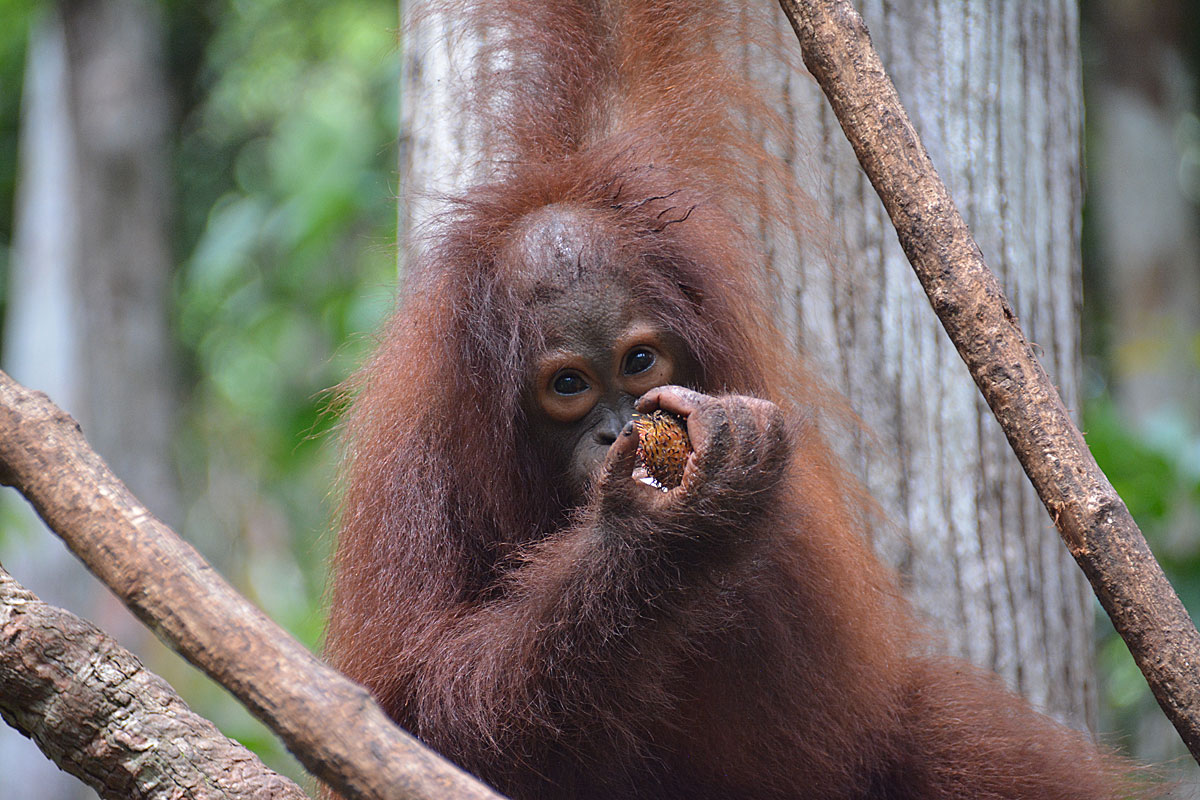