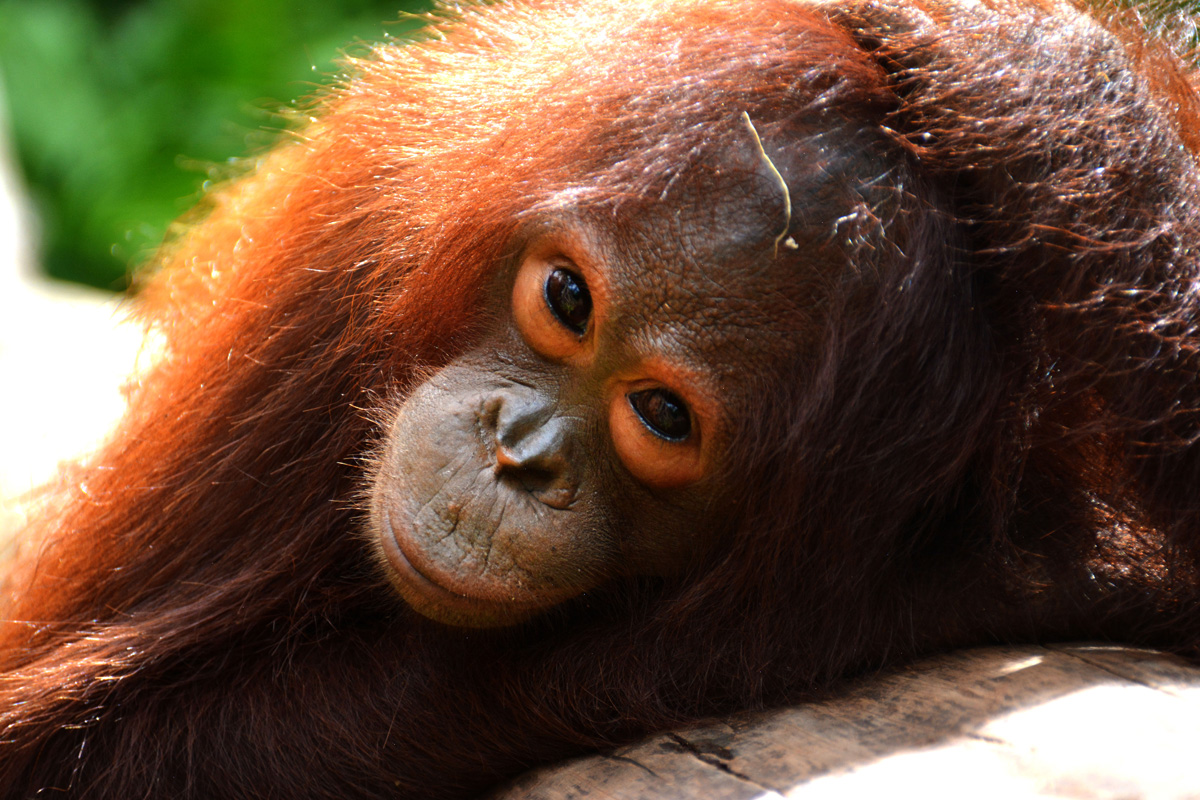 In the wild, young orangutans depend on their mothers for around seven years, and during that time learn from her all the natural skills needed to survive in the forest. Orangutan mothers are a vital source of knowledge as their offspring grow and develop their foraging, climbing, brachiating, and predator avoidance skills.

Over time, a young orangutan will eventually hone all the required survival skills and slowly start to venture further from the safety of their mothers. After they have matured and are ready to live independently, the mother will gradually let their young roam off into the wilderness. However, young female orangutans are known to sometimes reunite with their mothers and other female siblings and may spend time together with them in the forest when food is plentiful.

At five years old, Topan would have been practicing her skills and moving toward independence if she was in the wild with her mother. Therefore, she is being encouraged to do the same thing in Forest School, where she and other young orangutans learn survival skills from watching surrogate mothers or imitating their older peers.

In addition to working on her survival skills, energetic Topan enjoys socializing with other female orangutans in a group; usually with Okka, Mema, and Alejandra. These youngsters will mingle together around the exposed roots of the large trees in Forest School, eating the fruits their surrogate mothers give them or, increasingly, those they have picked themselves.

One day, while spending time together in the group, Mema and Alejandra became distracted by an intruder; a long-tailed macaque had shown up and was trying to steal their food. Mema bravely drove the monkey away, but not before it bit Alejandra on the hand. Alejandra didn't seem too upset about the incident, but she was still taken to the clinic for precautionary treatment.

While Topan enjoys hanging out with other females, she also likes to occasionally go on forest adventures by herself. She is known for her sound brachiating ability. For Topan, hanging from a branch with one hand while holding fruit in the other is a way of relaxing. She will sometimes twist her body to the right and left while she dangles and eats, clearly showing that no one told her not to play with her food!

Topan continues to show remarkable progress in terms of developing her survival skills and natural behaviors. She will sometimes still depend on the surrogate mothers when she wants something, but this is understandable due to her tender, young age. We fully support Topan as she continues to hone her skills. Never give up, Topan!