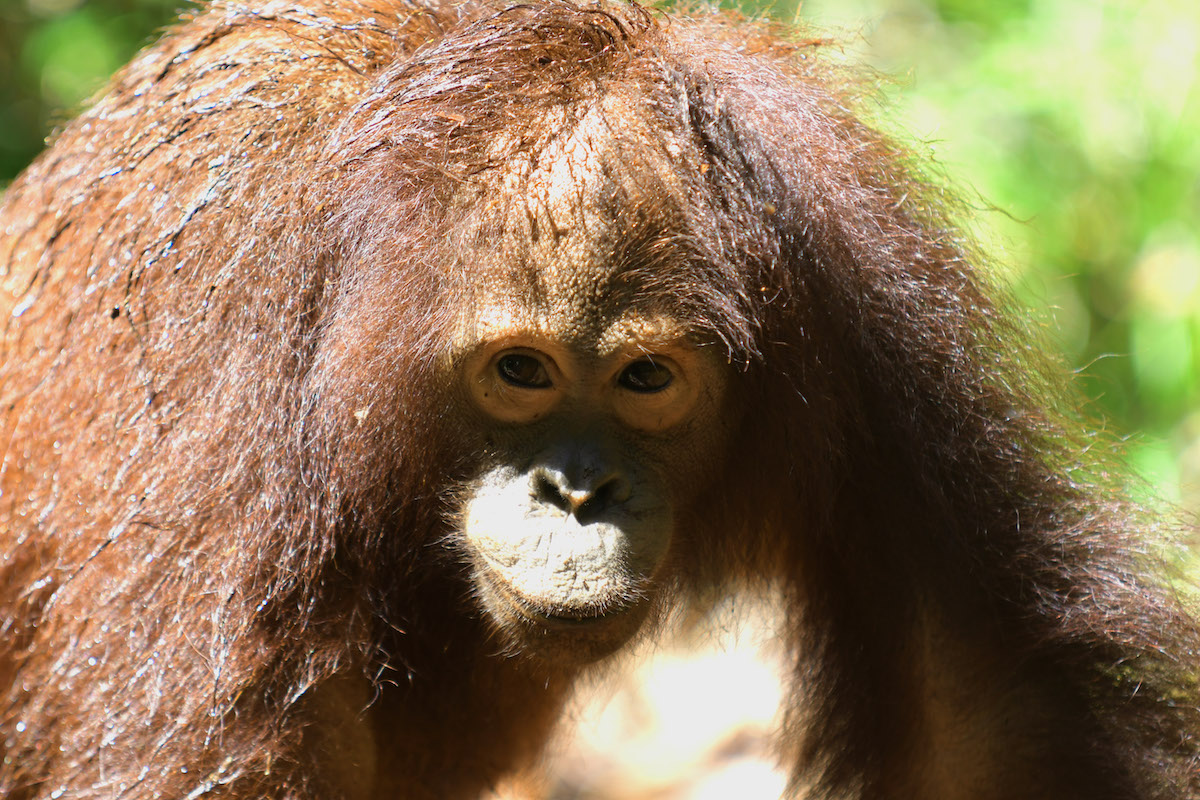 Topan is still a Forest School student in Group 3 at the BOS Nyaru Menteng Orangutan Rehabilitation Center. Recently, Topan has been spending a lot of time playing with Alejandra and Monita, old friends of hers from the Nursery Group. Among these three, Topan is the most skillful as she is better at foraging for natural foods, climbing, and brachiating in the canopy.

In the wild, young orangutans gain life skills from watching and imitating their mothers. This drive to imitate is also common amongst Forest School students. As expected, the friendship between Topan, Alejandra and Monita has provided a good opportunity for Monita and Alejandra. Little by little, the two try to keep up with what Topan does and their skills have gradually improved as a result.

Recently, Topan has started to regularly build nests in the forks of tree branches. This position is the safest, as forked branches provide better support, are usually located in the middle of the canopy, and offer protection from the elements. Whenever Topan builds a nest, Monita and Alejandra will often follow suit, building their own nests nearby.

Unfortunately, the influence of close friendships can go either way: While theirs has brought about a positive exchange of skills, it has also ‘transmitted’ some less desirable ones. A previously uncommon trait in Topan, namely the tendency to whine whenever she misses out on fruits at the feeding platform, is a habit she has picked up from Alejandra. Now, if Alejandra cries, Topan will cry too!

Since Topan and Alejandra are still quite young, the surrogate mothers understand this behavior and know not to easily cave in to their sulky demands. This to help them build strong character. One day, Topan sulked after being denied a banana from a lanjung bag. The surrogate mother firmly refused to hand over a banana, but offered Topan a piece of rotten wood that contained termites instead. Topan, with her natural curiosity, was immediately interested and forgot all about the banana.

Topan’s skills are far more advanced than that of other orangutans in her group; it could even be said that her skills are on par with orangutans from the next level. However, our surrogate mothers have kept Topan in Group 3, as she still depends on them quite a lot and needs to still develop her sense of independence. Behavioral development is a complex process during rehabilitation, but we are confident that Topan will work through the process and someday be released into a forest!

We recently noticed some significant changes in Topan’s character - in the sleeping complex, she acts like a vulnerable infant who cries easily. She also cries when she loses control of one of the installed swings to other orangutans, runs out of her favorite food, or is provoked by Mema, her neighbor from the adjacent complex. Topan will whine and cry out while hugging and comforting herself.

Topan loves to hang onto the slender, elastic liana roots and swing them to reach other branches. She knows how to stretch out her arms to reach between branches and swing through the trees. She is quite fearless in the forest, and will often reach for branches that seem too small to hold her weight. Despite this, Topan usually manages to move between the trees, even when there are no long branches sticking out - she will not hesitate to simply jump! She once fell while attempting to do so, but did not scare easily and just got back up to try again.

As arboreal animals, orangutans spend most of their time in the trees. They conduct most of their activities in the forest canopy and can change locations easily by grabbing onto tree branches and using them to launch themselves to other trees. Supported by long, strong arms, orangutans easily learn how to swing beneath the branches, in a movement called brachiation. However, not all young orangutans in Forest School have developed the flexibility and body balance required to do as effectively as Topan.

In Forest School, Topan has recently started spending most of her time on her own. She rarely joins other orangutans, not even her besties, Alejandra and Monita. The three usually only gather at the feeding platform or when returning from school in the afternoons. This is a bit unfortunate, as socializing and playing with others could help Topan improve her skills. There are positives to this though – Topan’s habit of crying out whenever she hears Alejandra cries is mostly in the past now.

Topan’s skill development has given her the opportunity to advance to the next stage of rehabilitation. However, skill development is not the only factor assessed by the surrogate mothers, as natural behaviors are also significant in determining overall progress. It is wonderful that Topan is becoming less dependent on help from the surrogate mothers, but we need to ensure that she further develops her independence.

Don’t worry Topan, we’ve got your back! 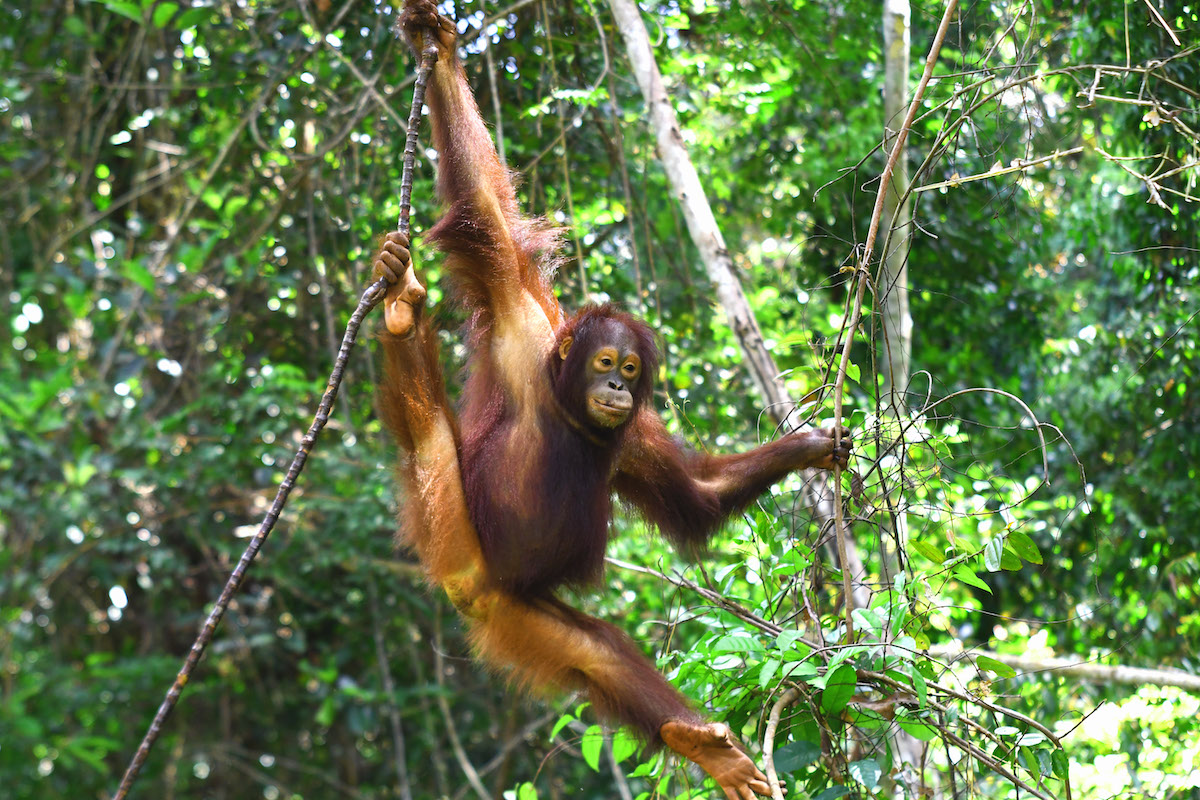