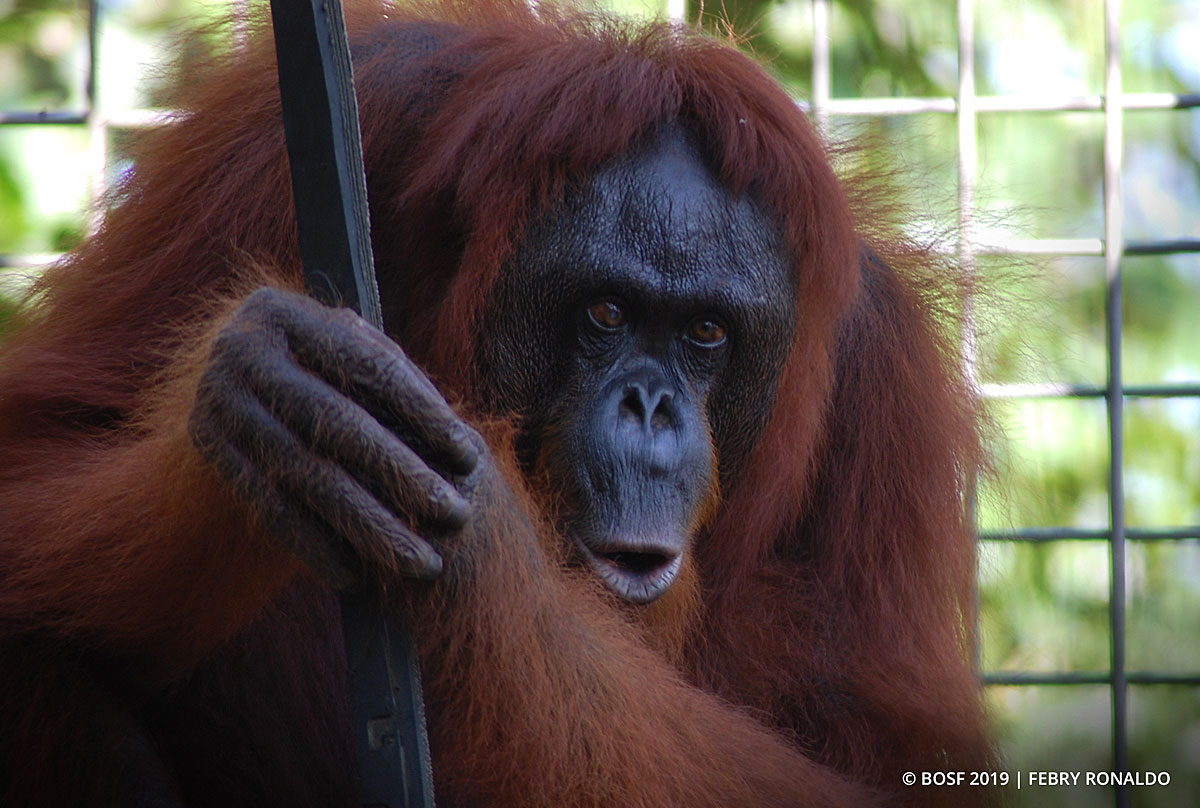 The Borneo Orangutan Survival (BOS) Foundation and the East Kalimantan Natural Resources Conservation Agency (BKSDA) are conducting a fourth release for 2019 in the Kehje Sewen Forest, East Kutai Regency, East Kalimantan. Four orangutans will be released this time, bringing the total number of rehabilitated orangutans released in the forest to 111 individuals.

26 August 2019 — The BOS Foundation, in cooperation with the East Kalimantan BKSDA, is again releasing orangutans that have completed the rehabilitation process at the Samboja Lestari Orangutan Rehabilitation Centre. Today, four orangutans will be released into the Kehje Sewen Forest, an 86,450-hectare Ecosystem Restoration Concession area located in East Kutai Regency. 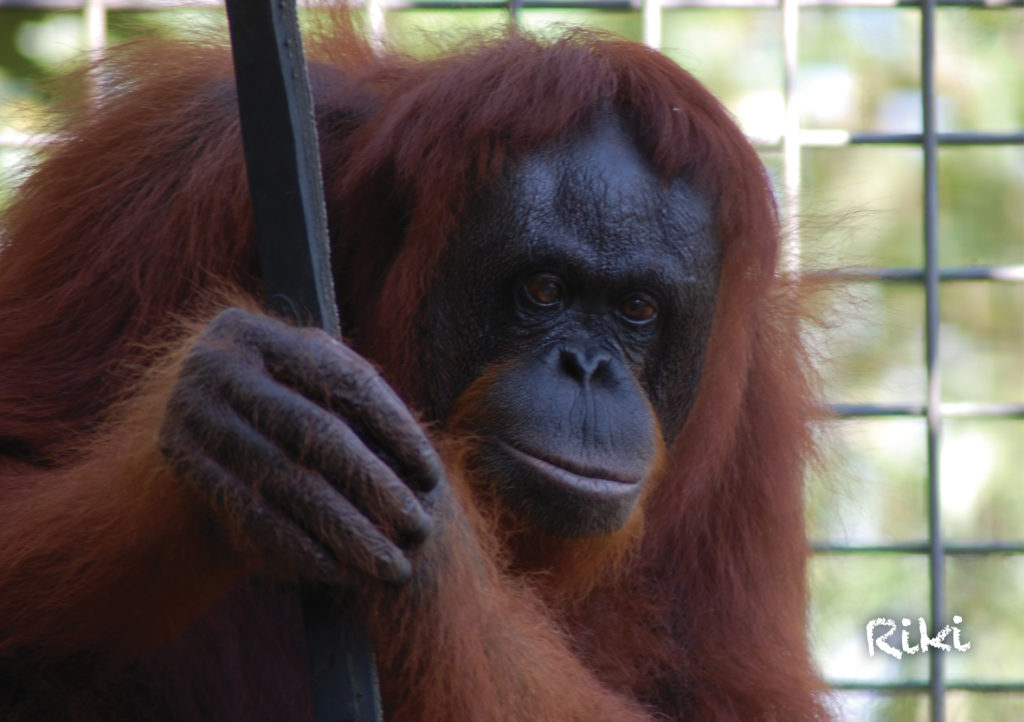 Riki arrived at BOS Foundation’s Samboja Lestari Orangutan Rehabilitation Centre after being rescued from Ancol Waterpark, Jakarta, on 17 August, 2006. An ex-captive of the entertainment industry, she came along with her daughter, Febri, at the age of 13 years.

After completing quarantine, Riki was placed in Socialization Complex B to begin the rehabilitation process, as she was too old to join Forest School. Then in 2015, she gave birth to her second child, a baby girl named Rini.

Despite being previously exploited as a circus animal, Riki has managed to successfully develop natural survival skills. She enjoys being in the canopy and is a competent forager. As a mother, Riki is a loving and protective parent that avoids humans.

After 13 years of rehabilitation, 26-year-old Riki – together with both of her daughters – will return to the natural forests of the Kehje Sewen Forest. 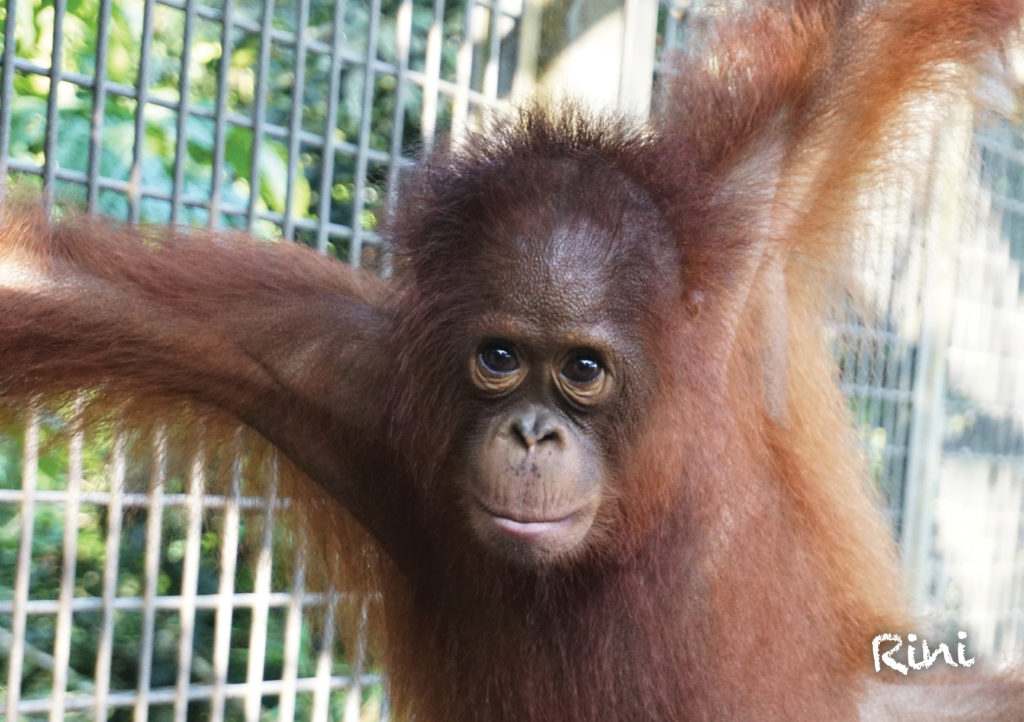 Her time on the island helped Rini grow into a confident individual who firmly dislikes human presence. She would kiss-squeak, break branches, and shake trees whenever she spotted a human near her island. She had also begun to identify natural foods and build nests under her mother’s guidance.

Rini is now four years old, and will soon be living as a true, wild orangutan alongside her mother in the Kehje Sewen Forest. 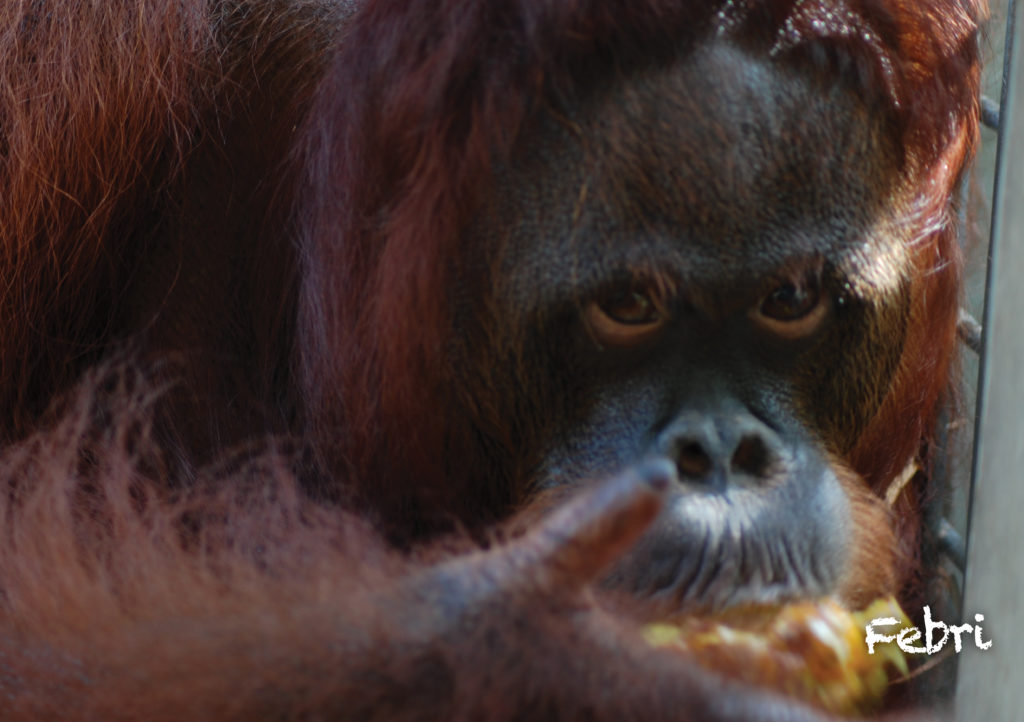 Febri arrived at BOS Foundation’s Samboja Lestari Orangutan Rehabilitation Centre alongside her mother, Riki, on 17 August, 2006. She was just two years old at the time. Tragically, though rescued together, the mother and daughter had already been separated for the entirety of Febri’s life.

After completing quarantine, Febri was moved to the Nursery Group to begin the long rehabilitation process under the care of our dedicated surrogate mothers. At the age of three she advanced to Forest School, where she learned basic survival skills. She had completed all stages of Forest School by 2013 and was moved to Pre-release Island 4 to undergo the final stage of rehabilitation.

Febri is now 15 years old and ready to enjoy true freedom alongside her mother Riki, and baby sister, Rini, in the Kehje Sewen Forest of East Kalimantan. 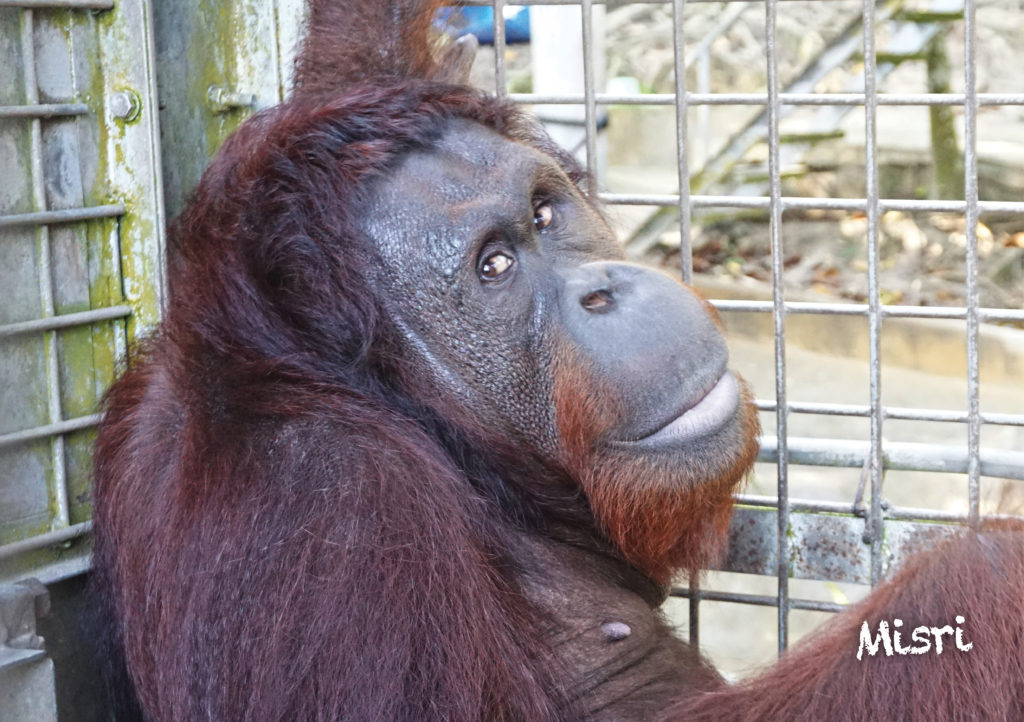 Misri was handed over by the Samarinda BKSDA office to BOS Foundation’s Samboja Lestari Orangutan Rehabilitation Centre on 4 November, 2006, at the age of four. It was alleged that he had been kept as a pet by a local resident of Samarinda, East Kalimantan.

Upon arrival at Samboja Lestari, Misri immediately started his quarantine, followed by rehabilitation in Forest School. He had completed all stages of Forest School by 2010 and was moved to Pre-release Island 4 to undergo the final stage of rehabilitation. On the island he grew into an avid explorer and forager, but a somewhat indifferent individual that did not mind human presence.

After years of honing his natural skills, this 17-year-old with growing cheek-pads – the only male in this release group – will soon be living wild and free in the Kehje Sewen Forest.

Good luck everyone! Enjoy your freedom!