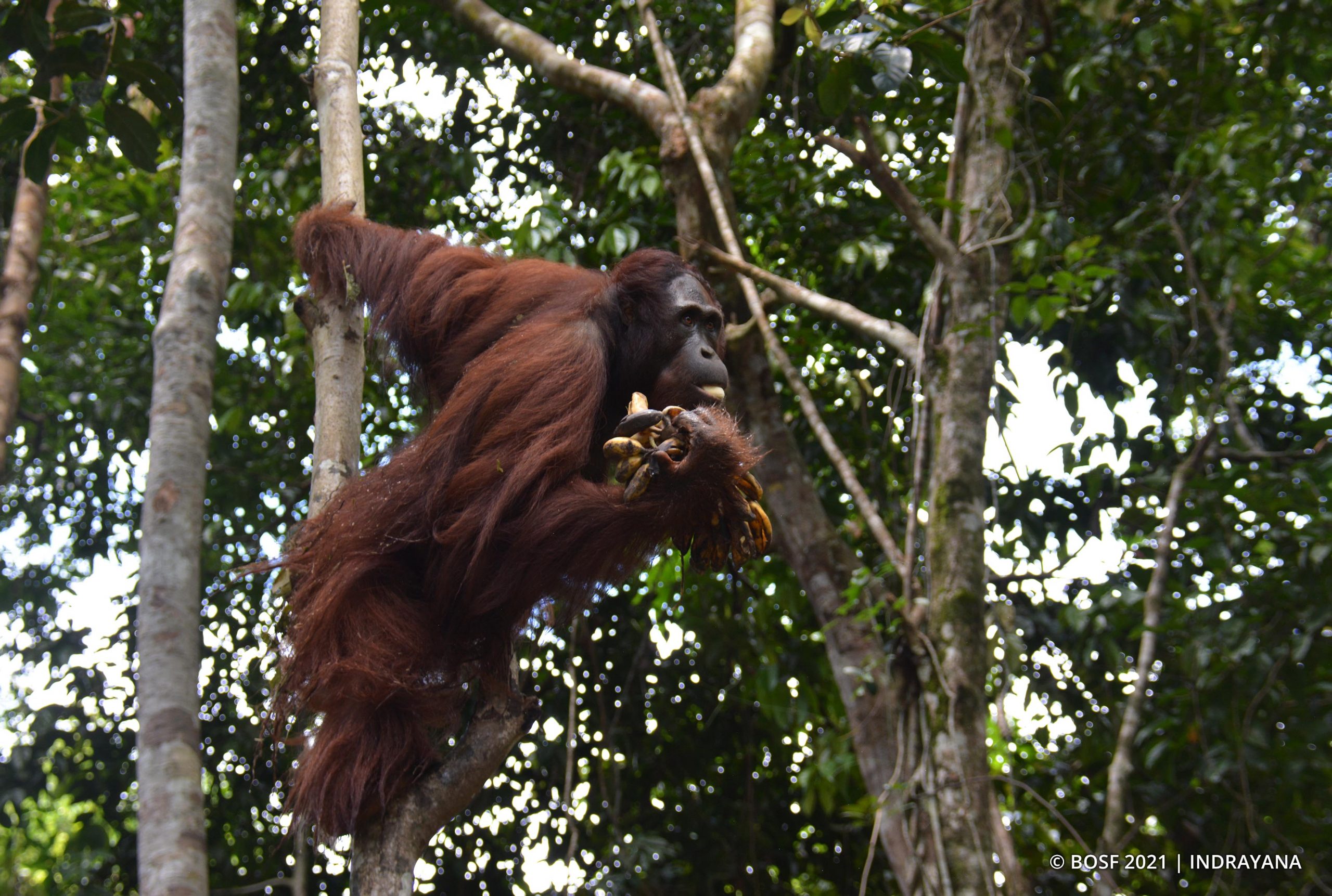 We are especially proud of Jumbo & Cinta, who have been in the Orangutan Outreach adoption program since they were infants! Special thanks to all our supporters who have been adopting them over the years. Your support means the world to them!

The sedation process required for transporting orangutans can always be a bit stressful for them, but for this move it was extra complicated due to the need for our medical team to wear full PPE. Some of the orangutans reacted with raised hair and kiss-squeaks directed at our team to show their displeasure. However, the use of complete PPE is in accordance with strict health protocols introduced to help curb the spread of COVID-19.

Our orangutan transfer team departed for the island via waterway, using a speedboat. The river journey took about four hours, from the Sei Gohong pier on the Rungan River, to the Kahayan River, and all the way to Badak Besar Island.

This river route was used to avoid any unnecessary interactions with local residents, whom we often encounter when travelling in cars over land. All staff members and orangutans involved in the transfer were given a swab test to ensure that they were not carrying COVID-19 and potentially spreading it to a wider area.

The groups arrived at Badak Besar Island at around noon for both trips. The orangutans each had different reactions upon being released to the forest. Valentino looked confused when his cage was opened, after spending several months in an individual enclosure with completely different conditions to that of his new home on the pre-release island.

Jumbo, however, shot out of his cage and snatched some bananas, completely ignoring our team. When Cinta left her cage, she tried to approach members of the team; but luckily, Hanin, who was already sitting high up in a tree, eating forest food, caught her attention. 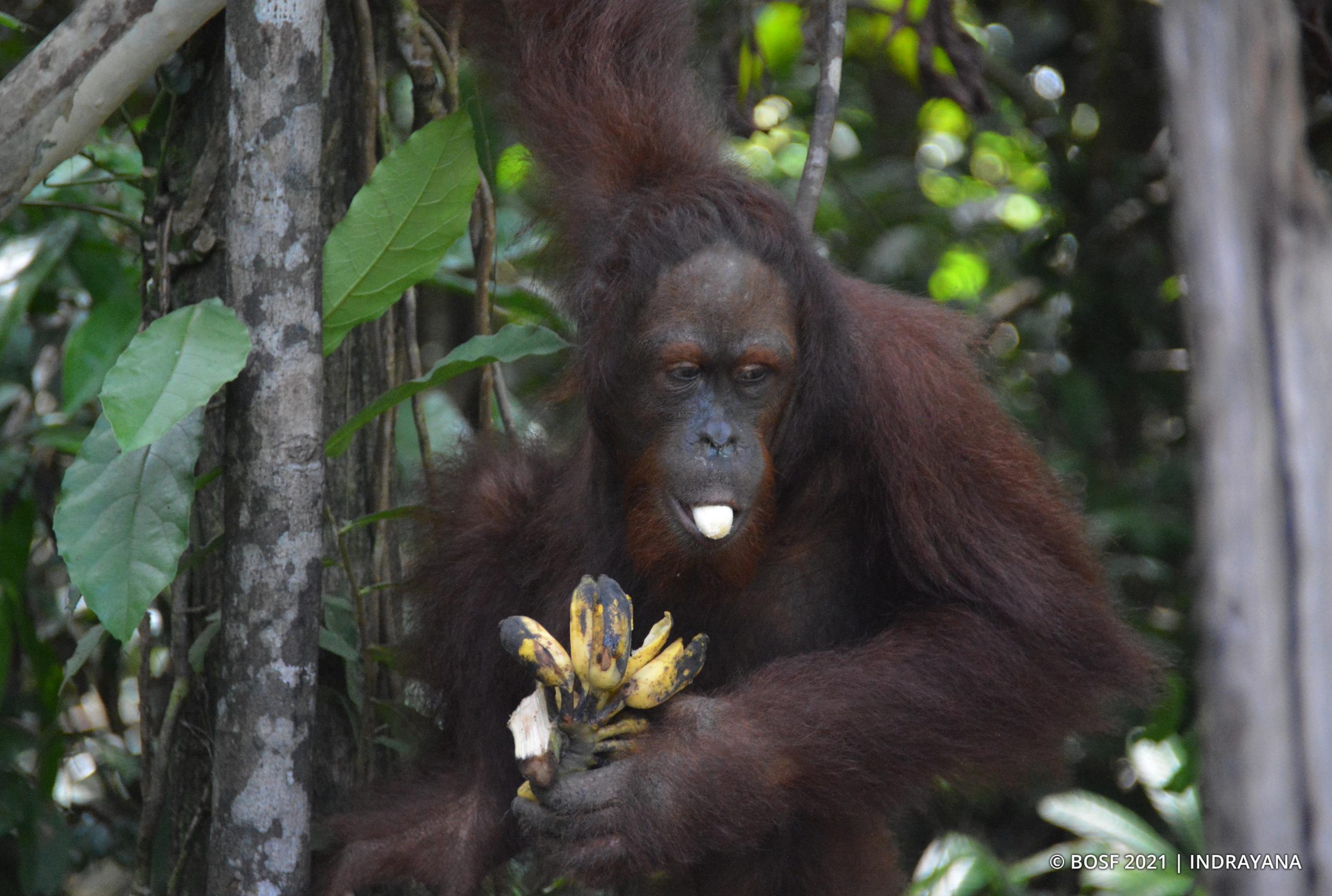 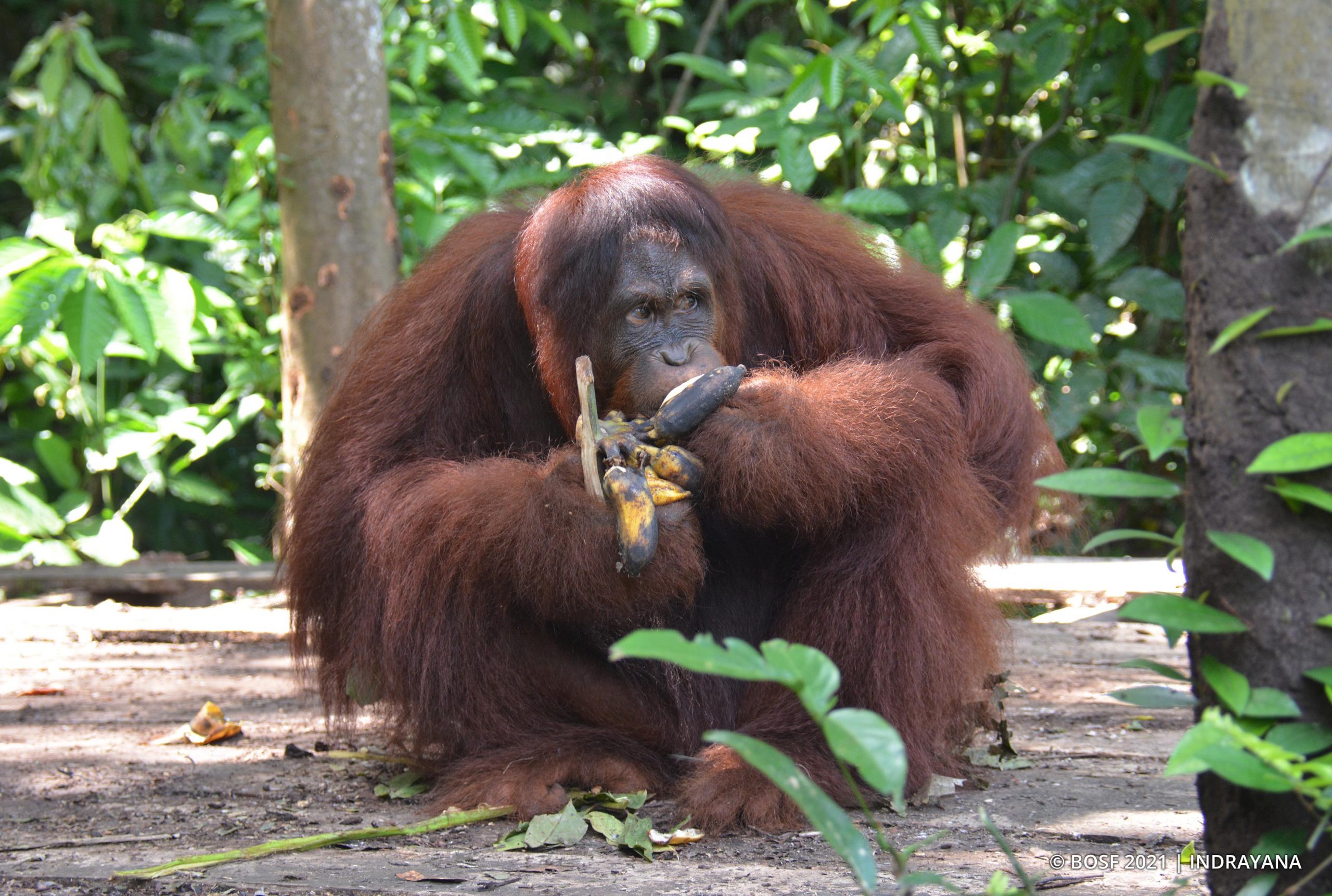 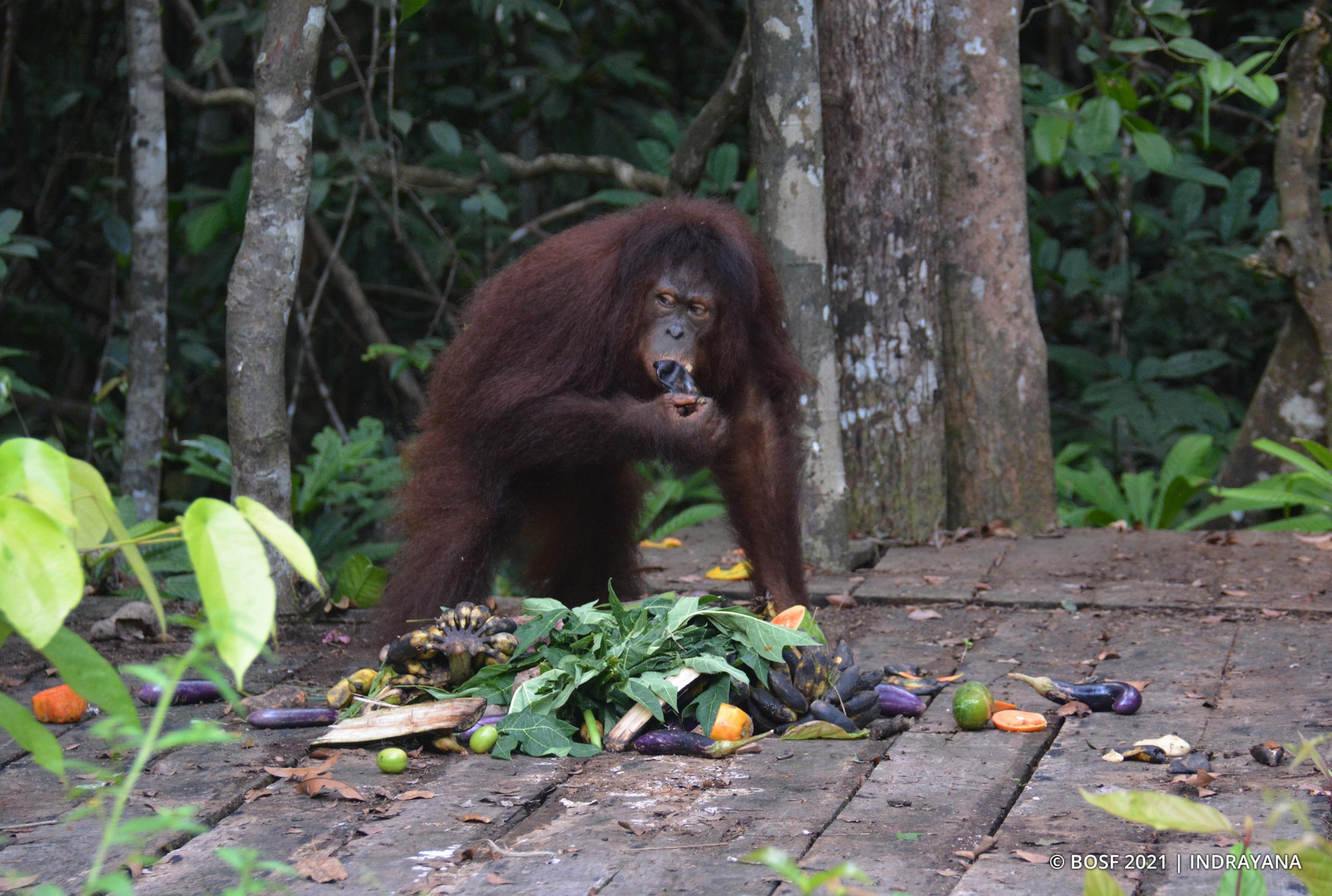 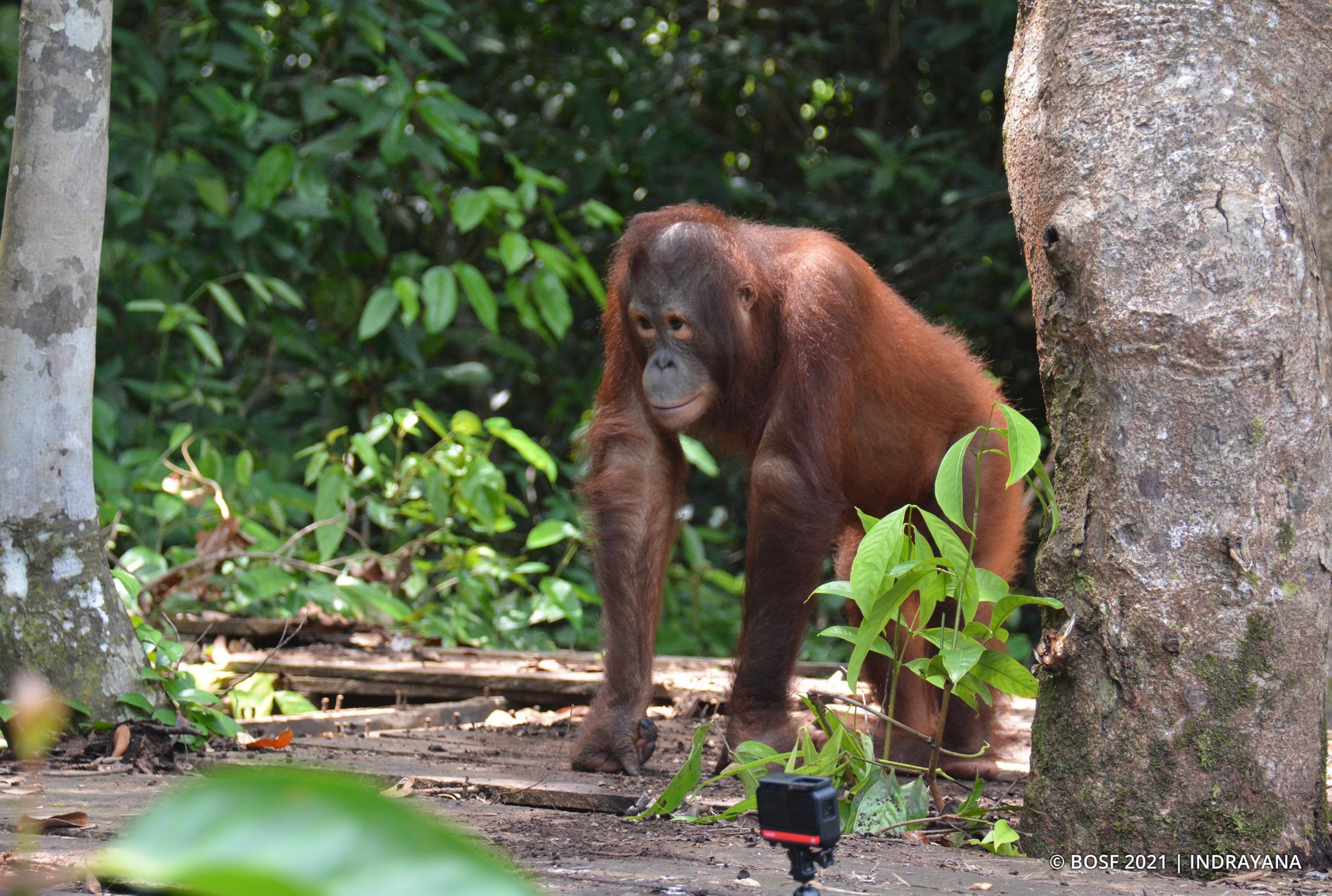 Two days later, on the second trip, Timpah quickly left her cage in search of forest food. She completely ignored the presence of our team and focused on eating at the feeding platform. Two males, Gonjales and Petruk, did the same, but they opted for a more comfortable place up in the trees.

Jiga’s cage was opened last, as the 14-year-old male is known for his aggressive disposition. He upheld his reputation by immediately getting into a fight with Petruk after leaving his cage, with Timpah spectating nearby as she enjoyed a hearty meal. 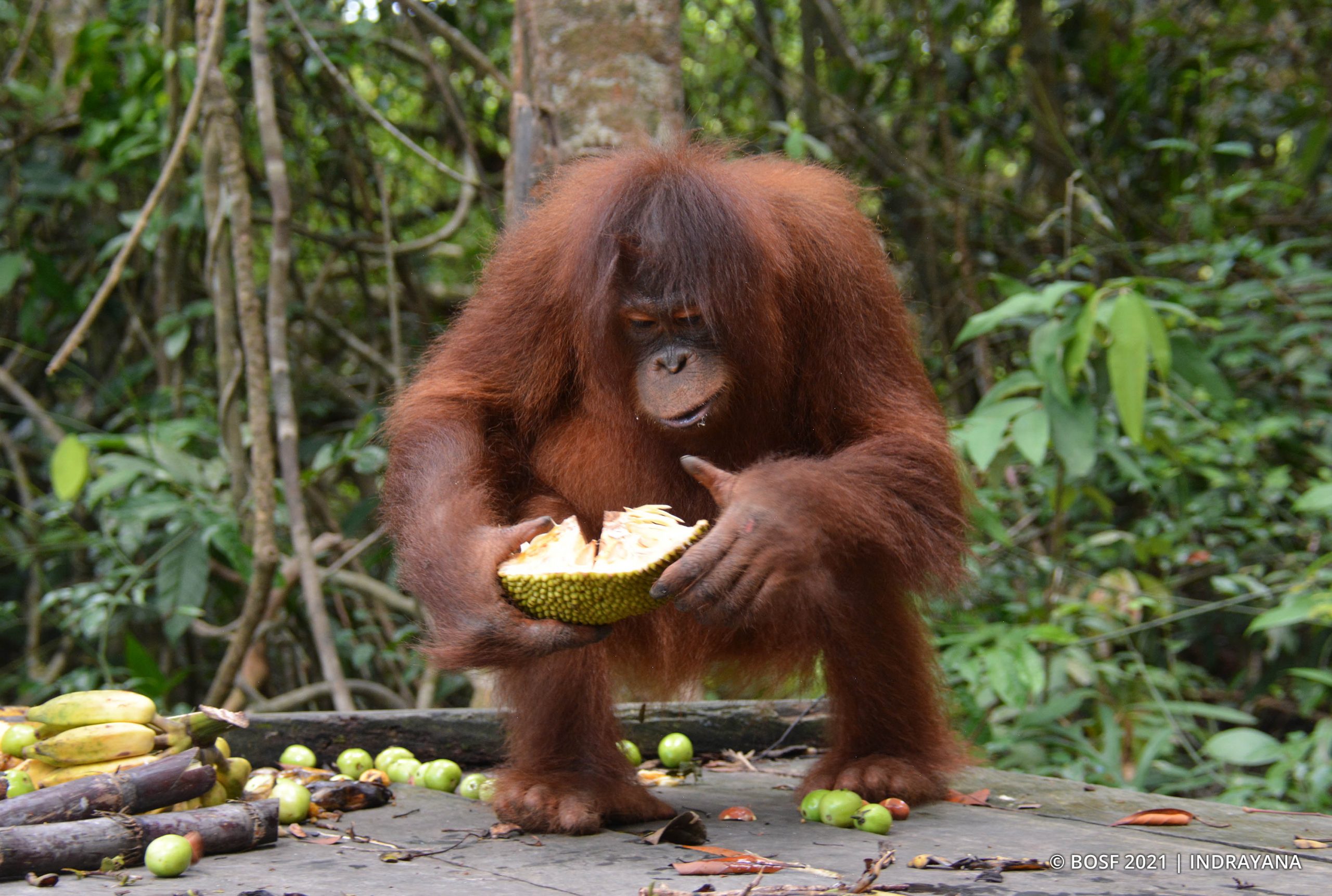 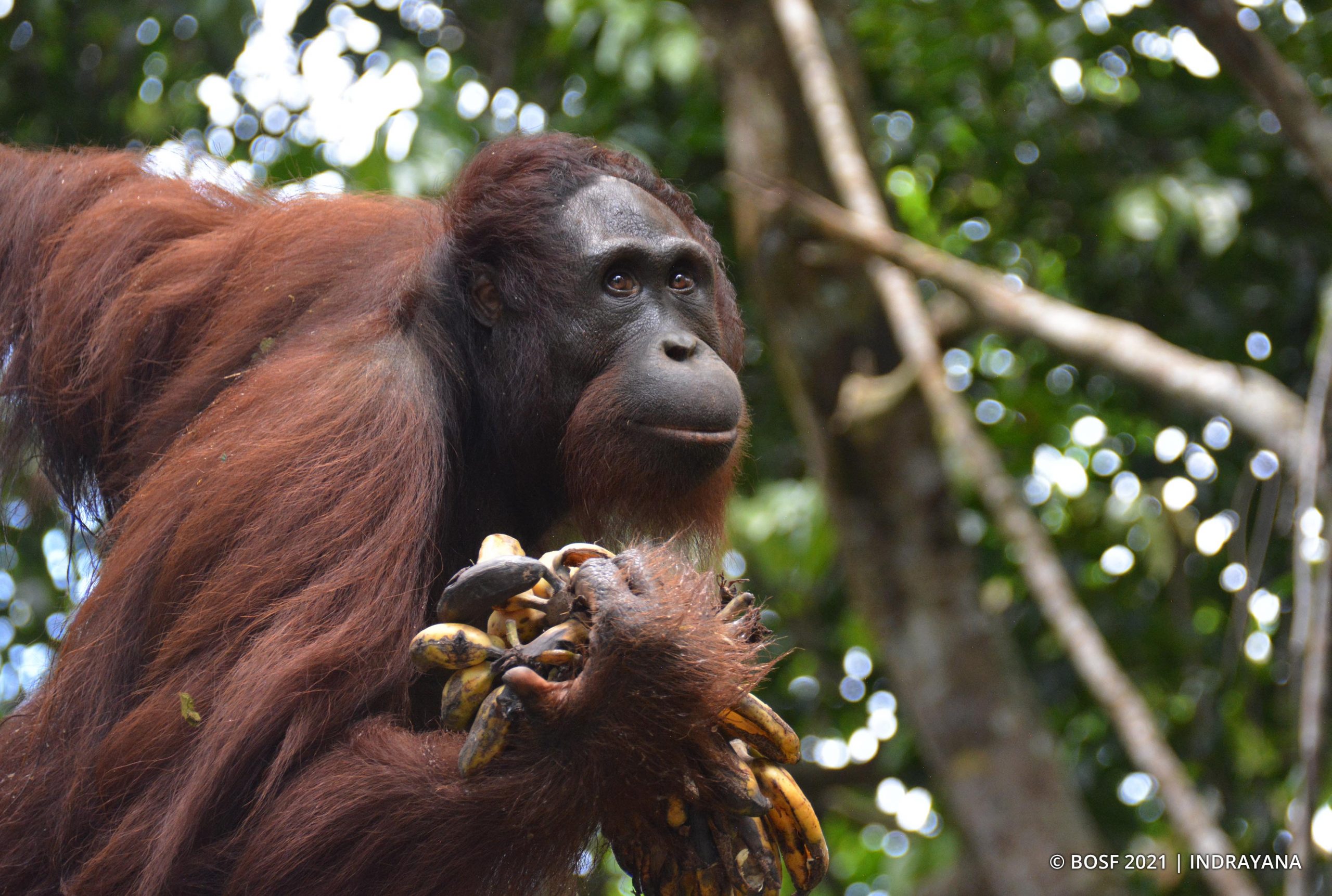 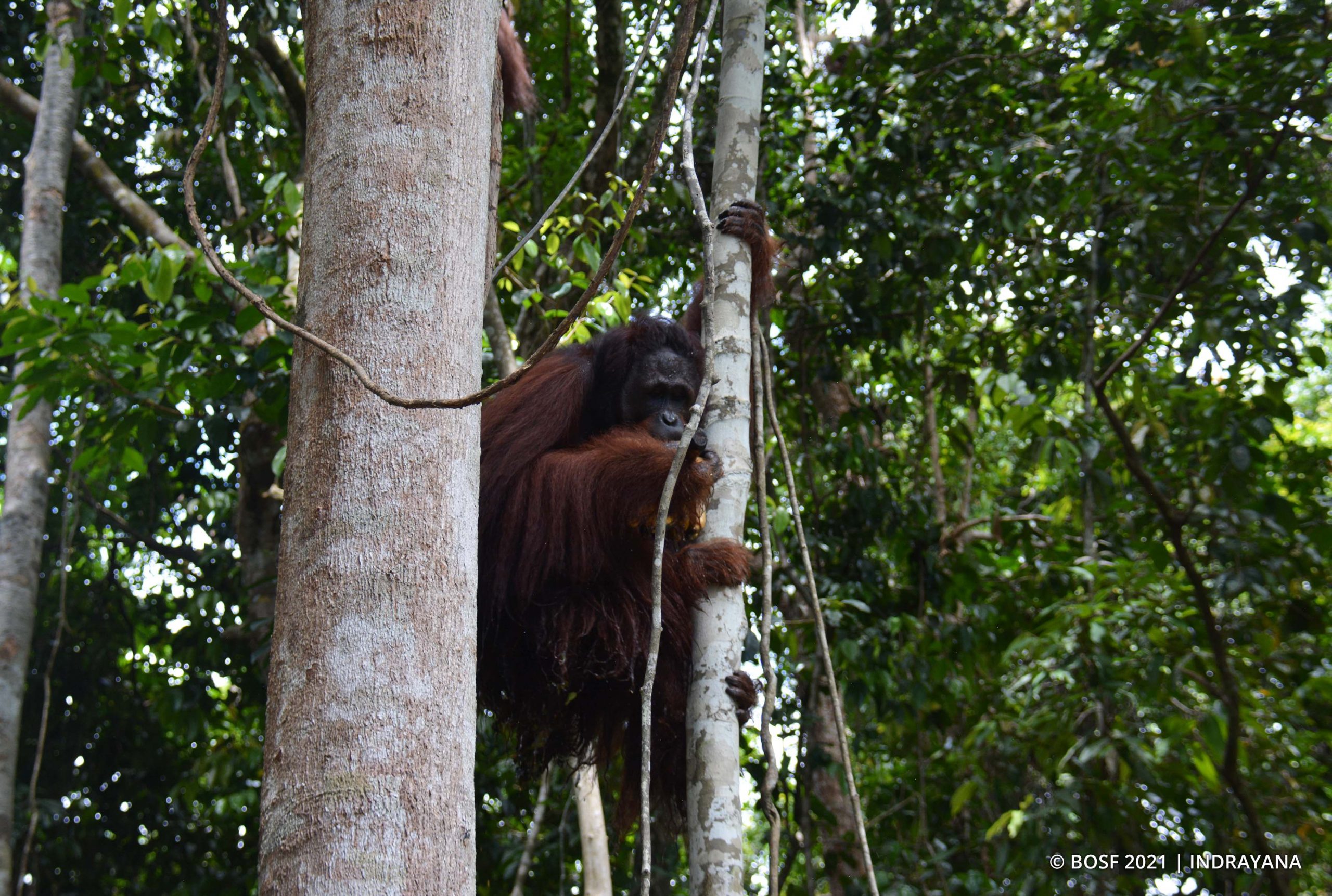 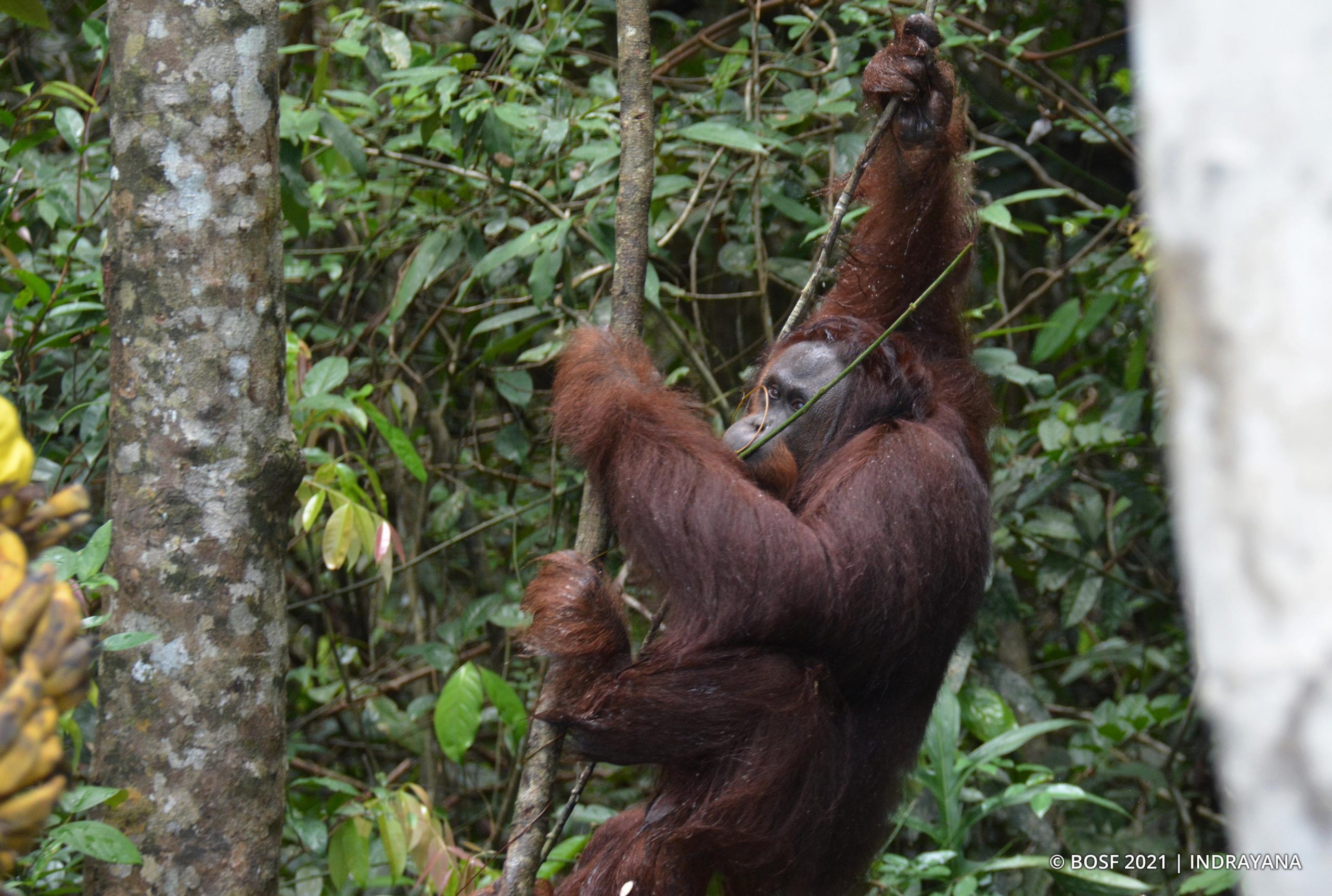 Hyped up after his tussle with Petruk, Jiga then turned his attention toward our team members, who quickly retreated to the safety of the boat. Some fell down as they scrambled to board the vessel, but everyone boarded safely in the end. As Jiga had made it clear he would not tolerate excessive human observers, the transfer team eventually decided to instead head home, leaving the orangutans in the capable hands of our Salat Island technician team.

Enjoy your time on the island everyone!