On January 10, Pong, Rutan, Agis, and Jaka were sedated and examined by the medical team at Nyaru Menteng. Once asleep, our team carefully moved the four into separate transport cages, then loaded the cages onto the back of the utility vehicles that would take them directly to Tumbang Tundu, the last village accessible by car. During the trip, and in li ne with our Standard Operating Proceedures, the team stopped every two hours to check the orangutans. 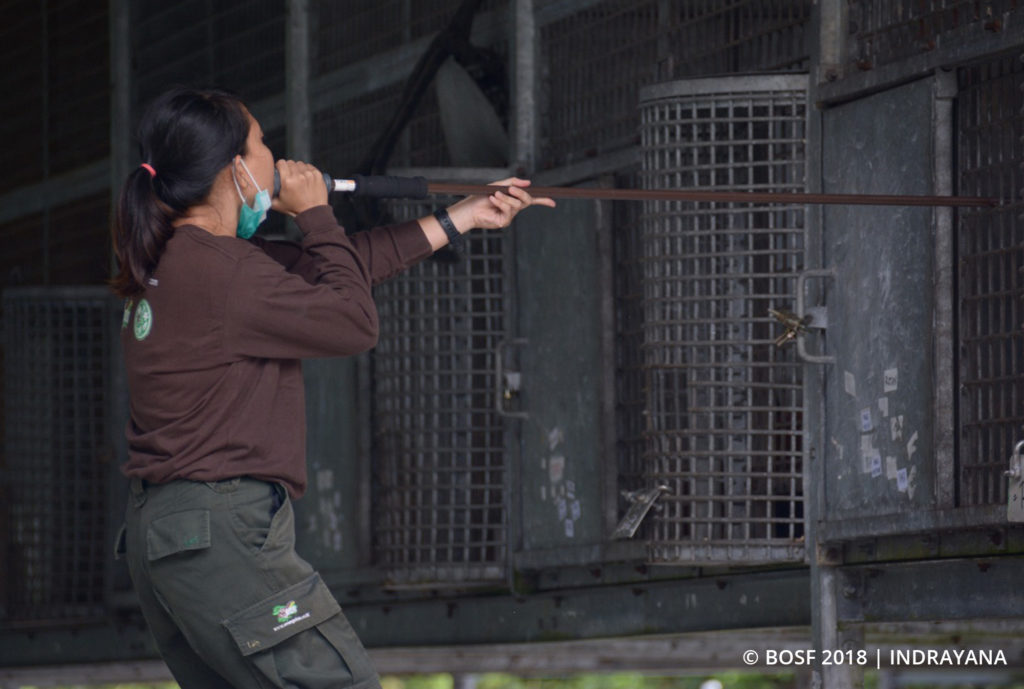 The medical team sedates the orangutans 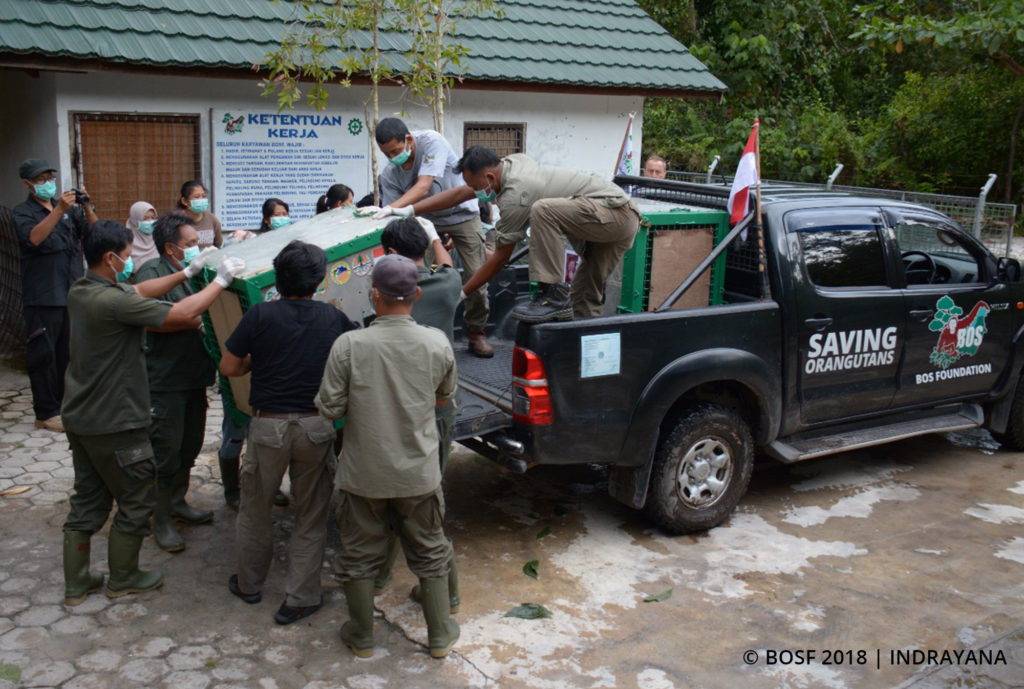 The rain was heavy and extra special care was needed on the wet and slippery roads. After four hours of driving, the team arrived at the ferry crossing in Tumbang Manggu village. Torrential rain had caused the river to rise, bringing bundles of potentially dangerous drift logs downstream. The team sensibly decided to stay overnight at Tumbang Manggu and continue the trip the next morning.

After crossing the river, the road across was flooded which slowed transportation down even more, and the team had to prepare for other obstacles they might face further down the road. 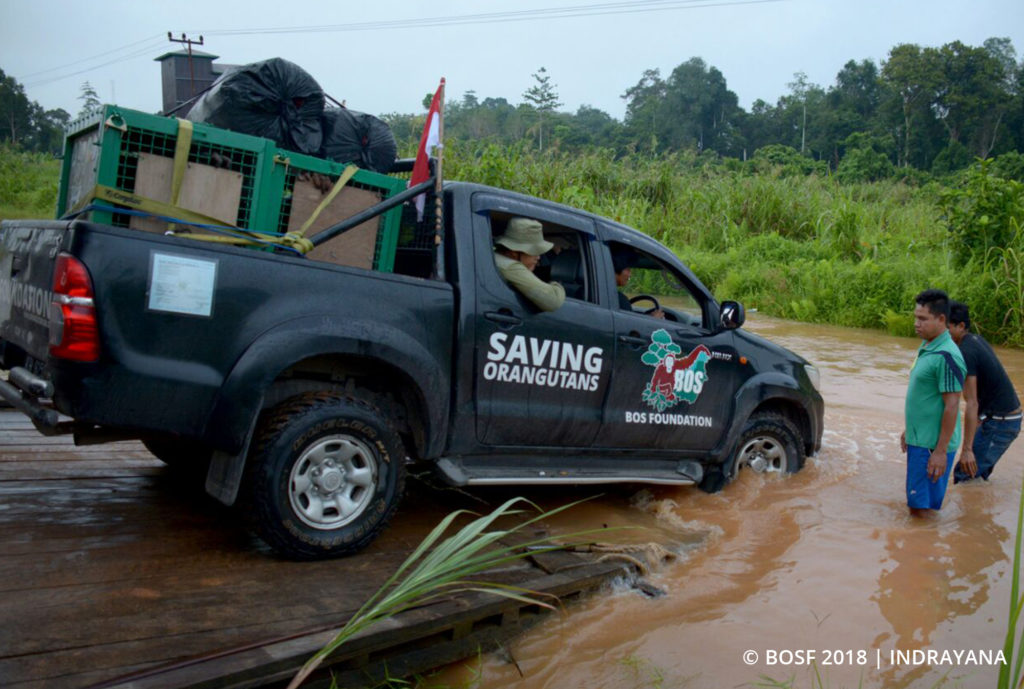 The team crosses the flooded road 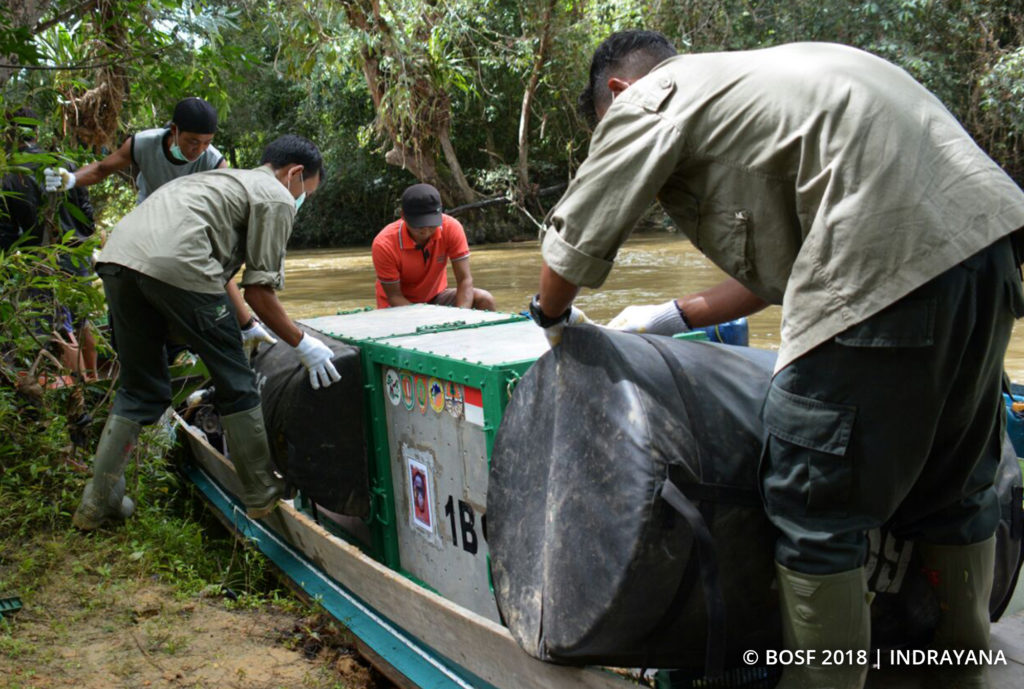 On Thursday evening, the four orangutans were successfully released! Pong’s cage door was opened first, followed by the cages of the beautiful female orangutans, Rutan and Agis. The youngest orangutan, Jaka, was the last to gain freedom in the Bukit Baka Bukit Raya National Park. 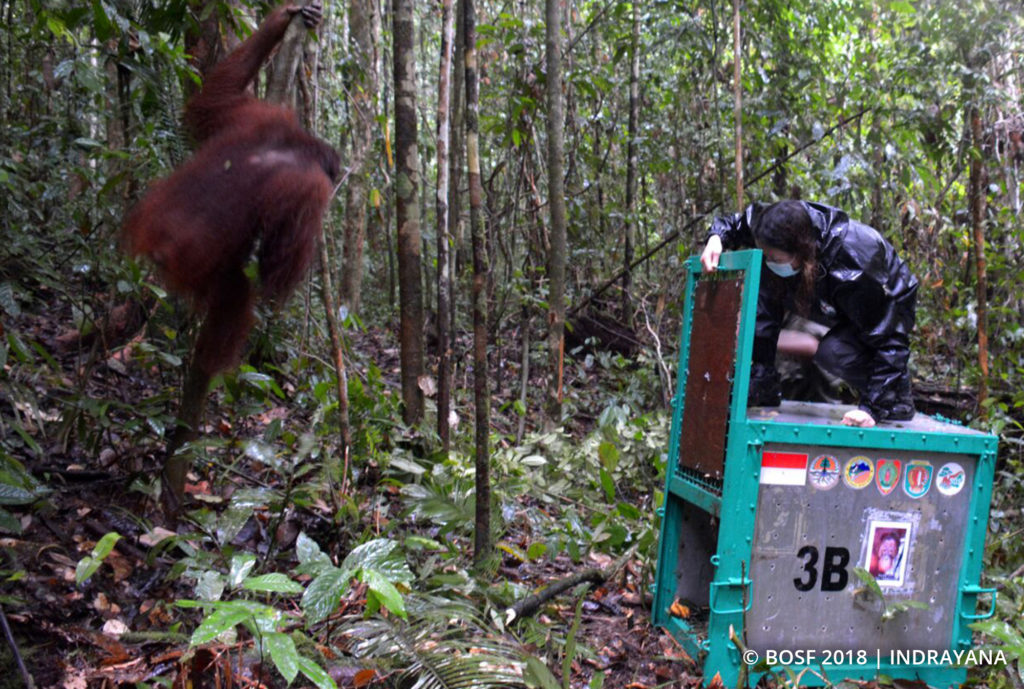 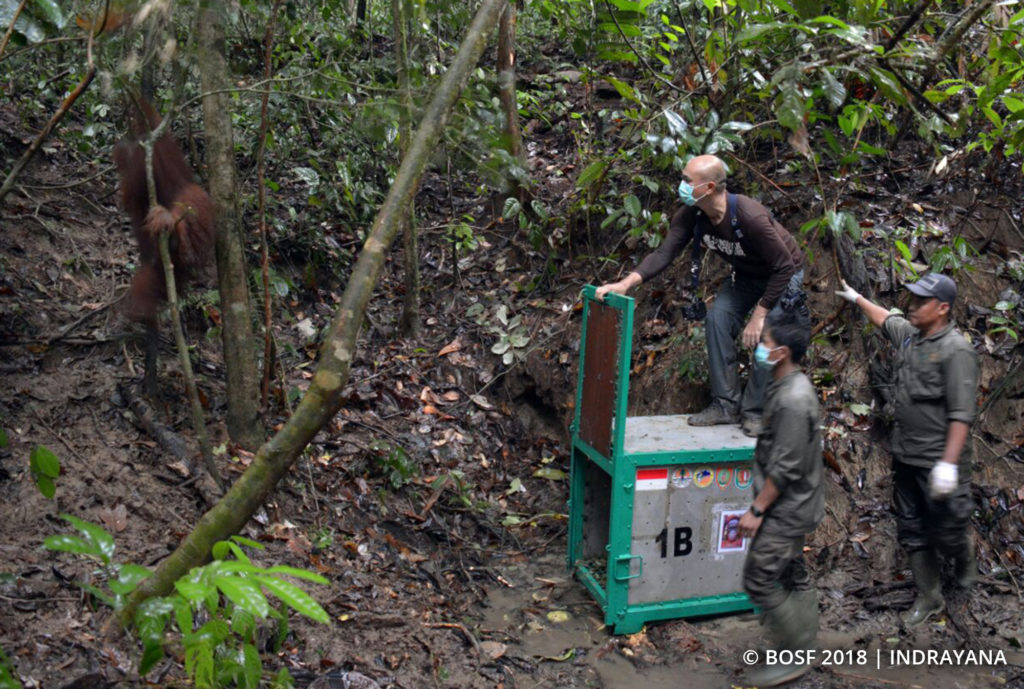 This release brings the number of rehabilitated orangutans released to the Bukit Baka Bukit Raya National Park since 2016 to 75. Since 2012, the BOS Foundation has released 330 orangutans from the Nyaru Menteng and Samboja Lestari rehabilitation centers to sites located in East and Central Kalimantan.

We would like to thank all stakeholders for their support and contributions to ensuring the conservation of orangutans and their habitats in Indonesia.