December 12, 2017 — In line with the #OrangutanFreedom campaign that aims to introduce 100 orangutans to natural habitat this year, the BOS Foundation today is releasing another batch of eight orangutans into the Bukit Baka Bukit Raya National Park Forest in Katingan Regency, Central Kalimantan. Here are the profiles of the eight amazing orangutans. 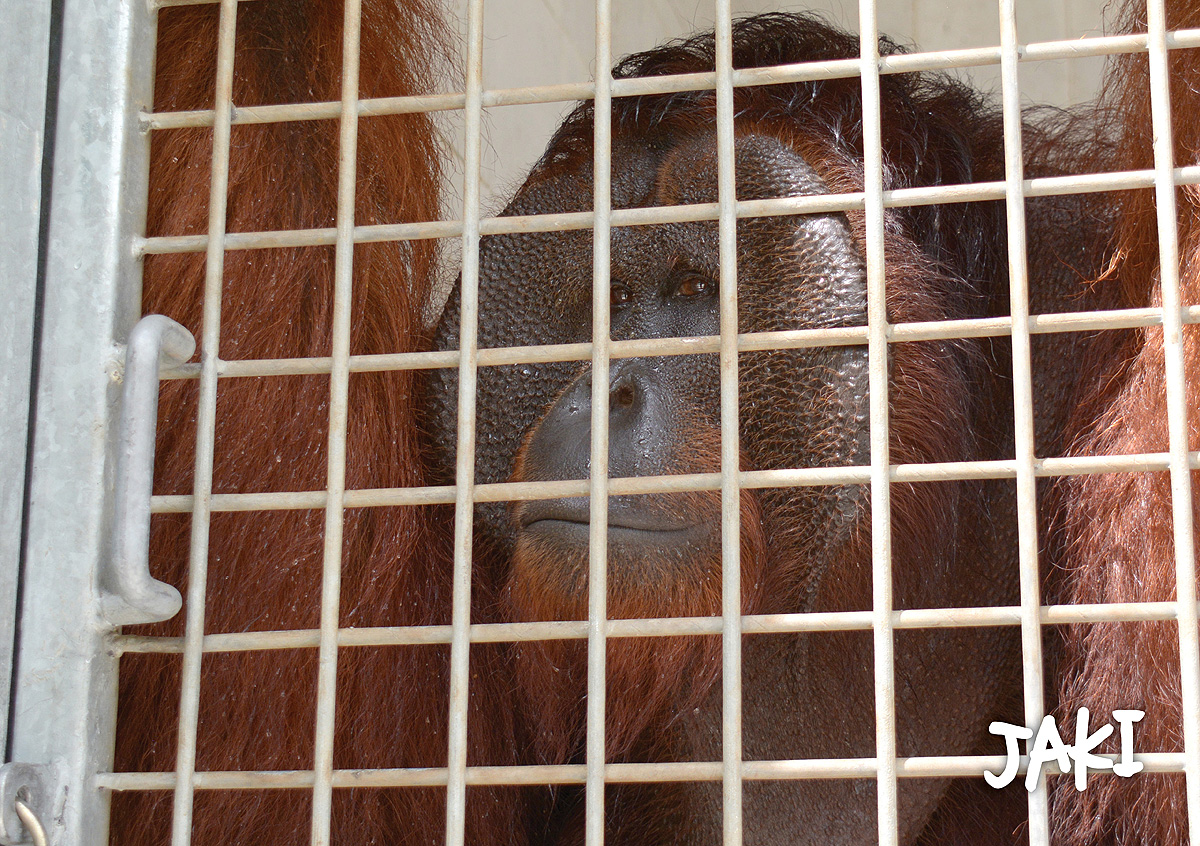 Jaki was rescued from a villager in Kereng Pangi, Katingan District, Central Kalimantan. He arrived at Nyaru Menteng on March 8, 2000, aged around 4 years and weighing 12 kilograms.

In October 2000, Jaki was moved to the socialization complex, and on February 2, 2002, he joined the pre-release stage on Kaja Island together with Uban, Mas, and Fitun. Jaki grew quickly and became a dominant male on the island, where he was happy to explore and keep to himself. Jaki was moved from Kaja Island on July 24, 2012, to prepare as a release candidate.

Jaki is now 21 years old and weighs 113 kg. Now dislike toward humans, Jaki cuts a dashing figure with his large cheek-pads, sharp gaze, and thick beard. He is more than ready to live in the wilds of the Bukit Batikap Conservation Forest. 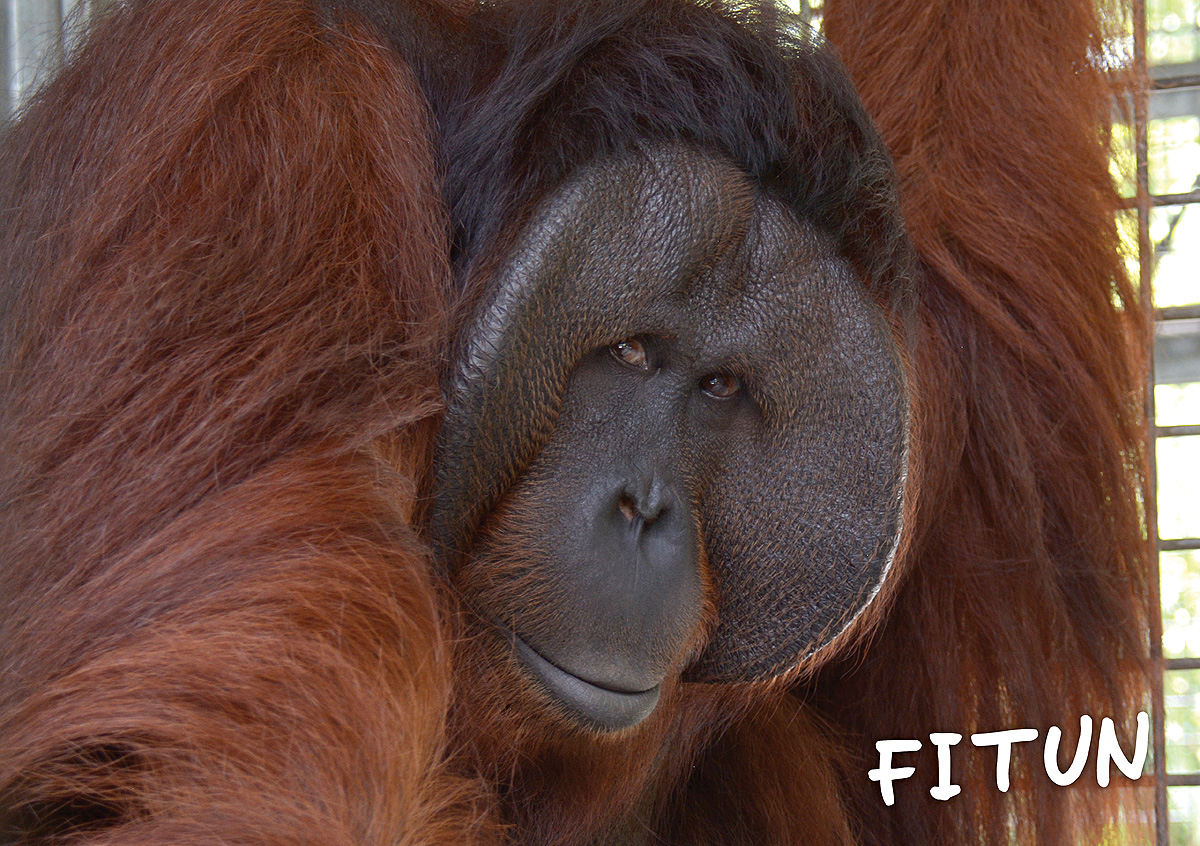 The following year, Fitun entered the pre-release stage on Kaja Island alongside Jaki, Mas, and Uban. Fitun became a dominant figure on Kaja and an avid explorer who firmly disliked human presence. Fitun was placed in the Nyaru Menteng 2 Complex in August 2011, due to an extended dry season that saw the Rungan River dry up: it was feared Fitun and a number of other large orangutans might escape the island.

Fitun was finally returned to Kaja Island after the river regained its normal depth, in January 2012. On July 25, the same year, Fitun was recalled from Kaja Island to prepare as a release candidate.

Fitun is now 23 years old and weighs 91 kg. Just like other dominant male orangutans on this release list, Fitun, with his masculine looks, is ready to explore the Bukit Batikap Conservation Forest and live like a true, wild orangutan. 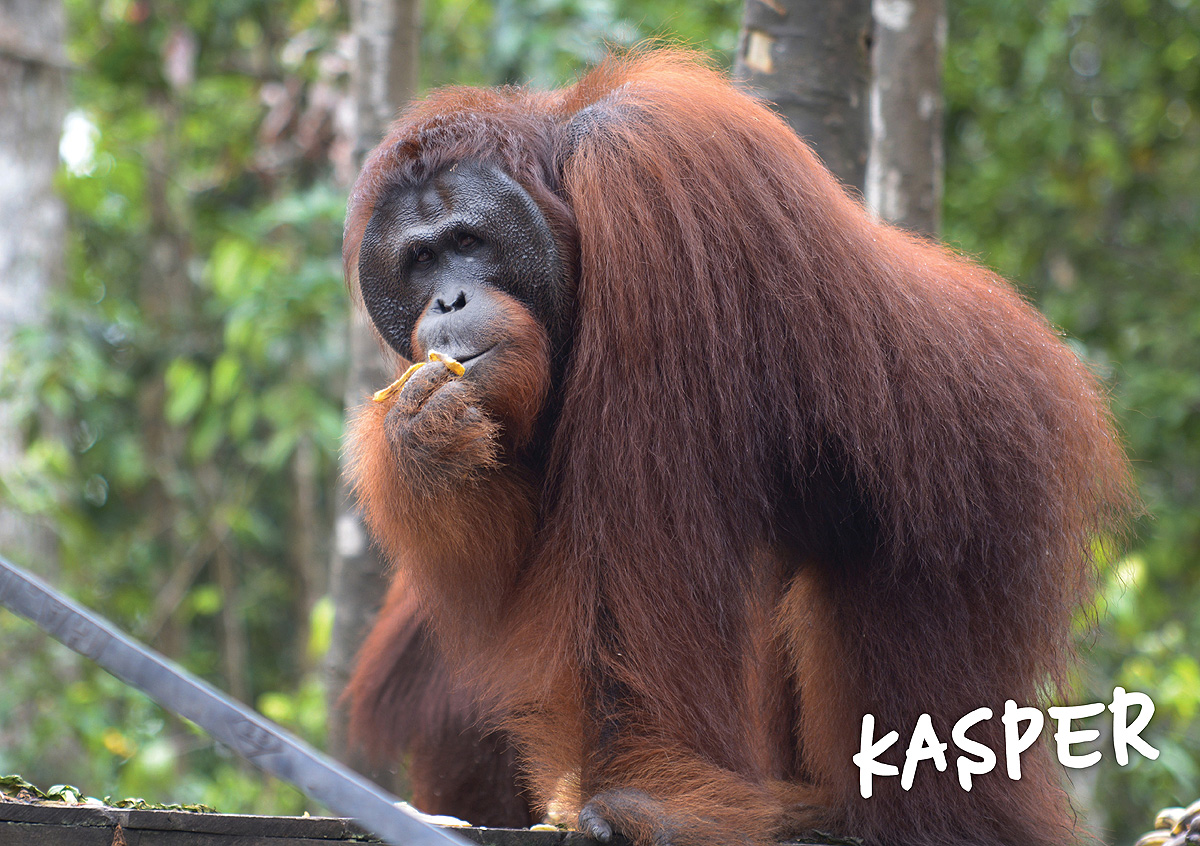 Kasper was rescued in the town of Berau, East Kalimantan, and taken to Nyaru Menteng on February 8, 2003, aged 2 years and weighing 6 kilograms. He arrived at Nyaru Menteng in poor condition, and was suffering from pneumonia and malaria.

Kasper joined Forest School in 2003 and advanced to the pre-release stage on Kaja Island on August 3, 2016. During his time on Kaja Island, Kasper further developed his survival skills and turned into a dominant figure who firmly disliked human presence. On August 9, 2017, Kasper was moved to the Nyaru Menteng 3 complex in preparation for his release.

Kasper is now 16 years old and weighs 80 kg. With developed cheek-pads and a fierce gaze in his eye, Kasper is primed for the wild habitat of his new home – the Bukit Batikap Conservation Forest. 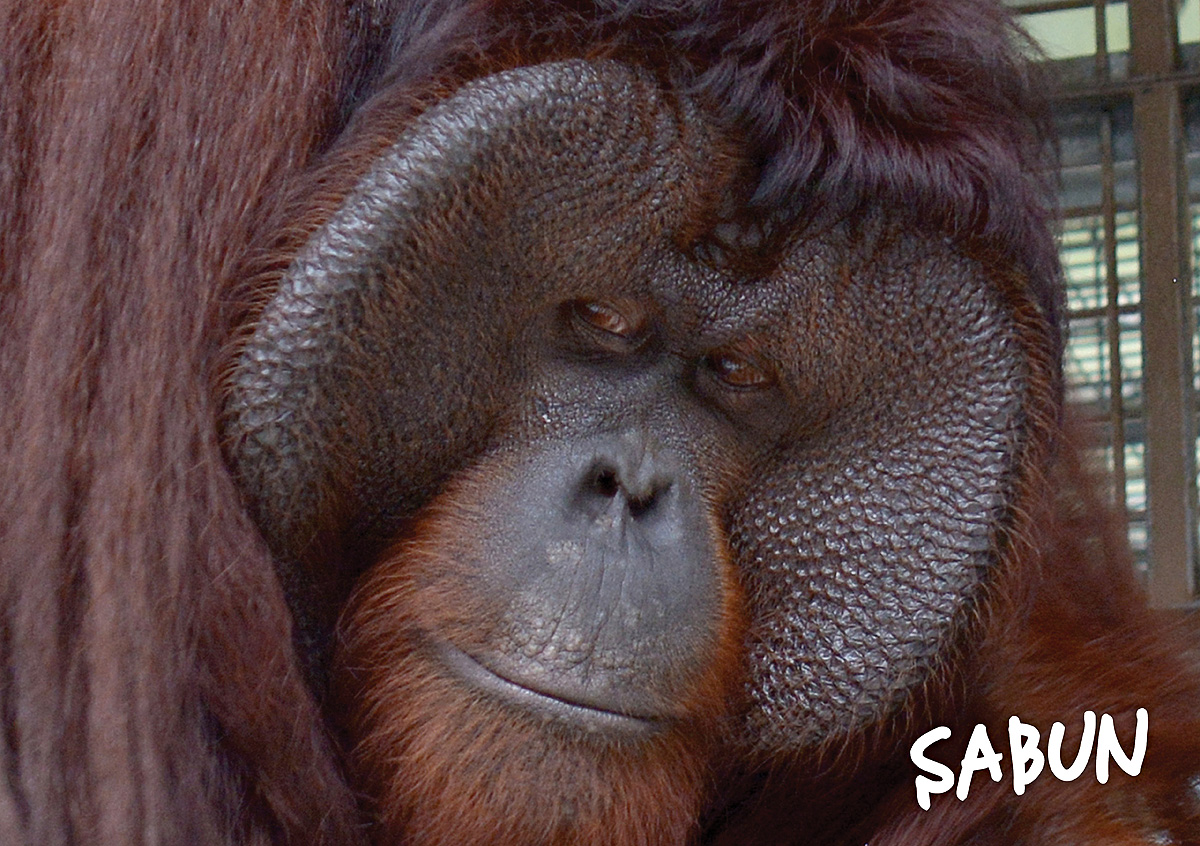 Sabun arrived at Nyaru Menteng on July 30, 2004, as a 2.5-year-old orphan, weighing 7.5 kilograms. He had been rescued from a resident of Kahayan Village, in Gunung Mas District, Central Kalimantan.

Sabun completed all stages of Nyaru Menteng’s Forest School, then advanced to the pre-release stage on Kaja Island in 2009. Curious Sabun has consistently shown wild behavior, respected by other orangutans, and will react whenever he feels that his territory is compromised. Sabun loves to explore, and is very alert of potential dangers and threats. He dislikes human presence.

Sabun is now 16 years old and weighs 95 kg. A curved forehead, prominent brow ridge, narrow eyes, and oval-shape face framed with broad cheekpads give him a sharp look. With his strong sense of independence, Sabun is ready to put his survival skills to the ultimate test in the Bukit Batikap Conservation Forest. 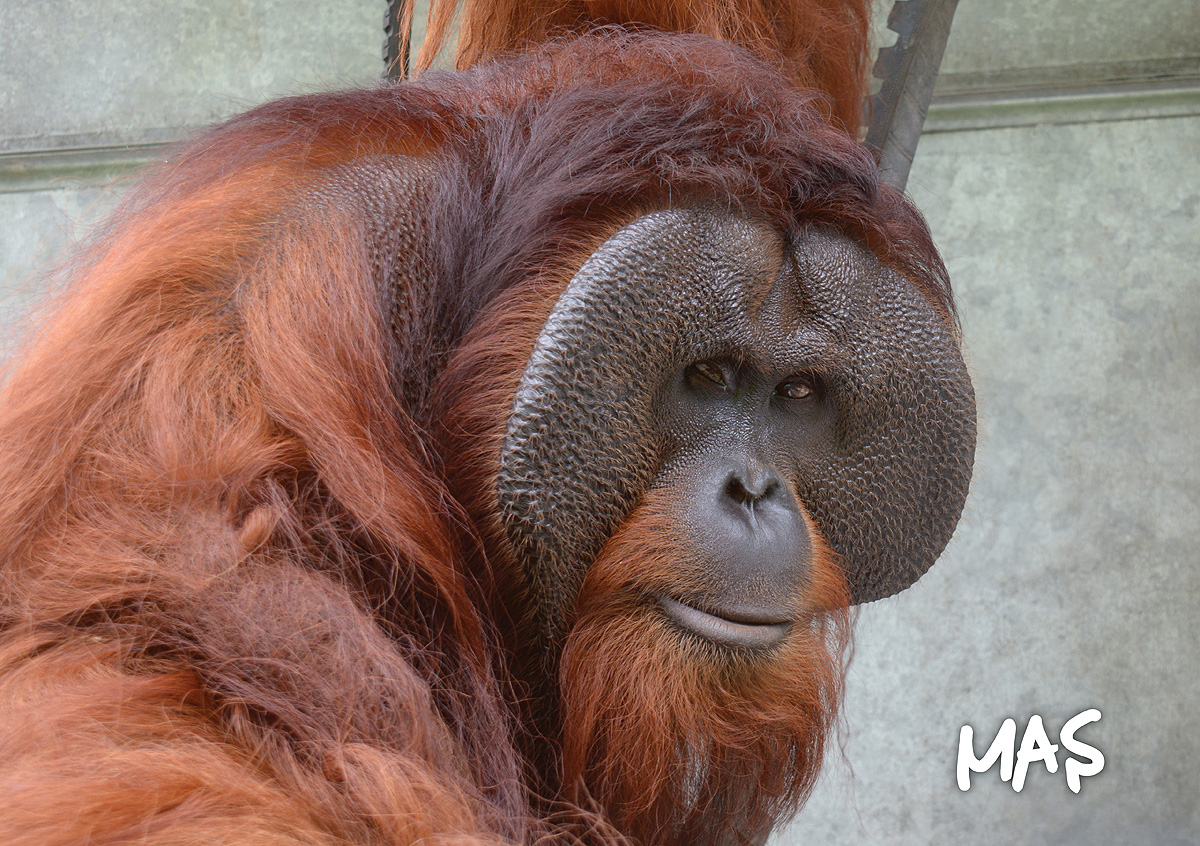 Mas was rescued from a villager in Tangkiling, Palangka Raya, on February 7, 2000. He was brought to Nyaru Menteng when he was 4 years old and weighed 14 kilograms. He had long hair and a wound on his left toe at the time, and was very wary of people.

Shortly after his arrival, Mas joined Forest School in the old midway complex, and in November 2001 began the pre-release stage of rehabilitation on Kaja Island. Mas became a dominant, and independent figure during his time on Kaja.

Mas is now 21 years old and weighs 79 kg. With his huge cheekpads, sharp gaze, and goldish-red beard, he certainly strikes a handsome figure. Mas is now ready to go to the Bukit Batikap Conservation Forest and experience life as a true wild orangutan. 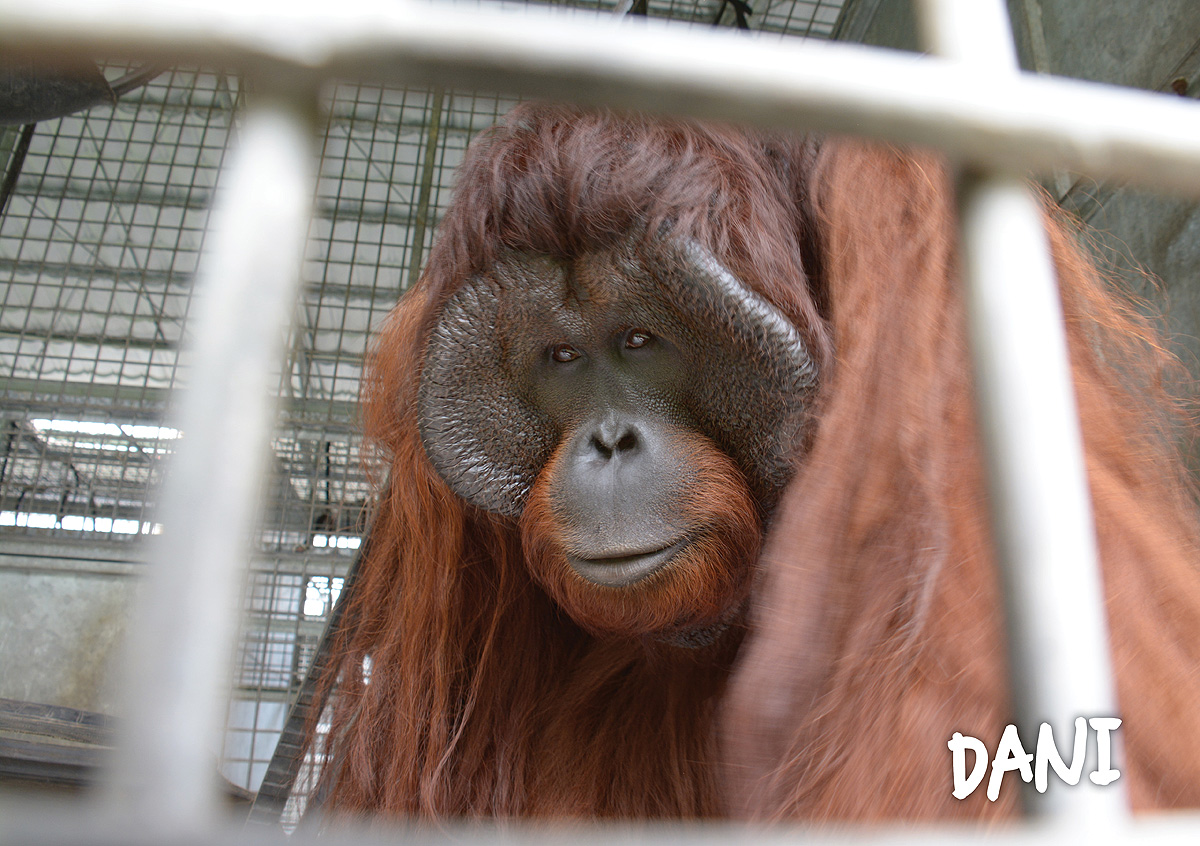 Dani was rescued from a resident of Palangka Raya in 1997, and sent to Wanariset in East Kalimantan. He was eventually sent back to Central Kalimantan and arrived at Nyaru Menteng on August 12, 2000, to continue his rehabilitation. He was aged 5 years and weighed 15 kilograms. After passing the quarantine period, Dani was placed in the Nyaru Menteng socialization complex.

Dani was moved to Pulau Hampapak to enter the pre-release stage of rehabilitation on March 1, 2009. After becoming one of the dominant males on the island, Dani was moved on September 3, 2013, and placed in the Nyaru Menteng 3 complex to be prepared as a release candidate. 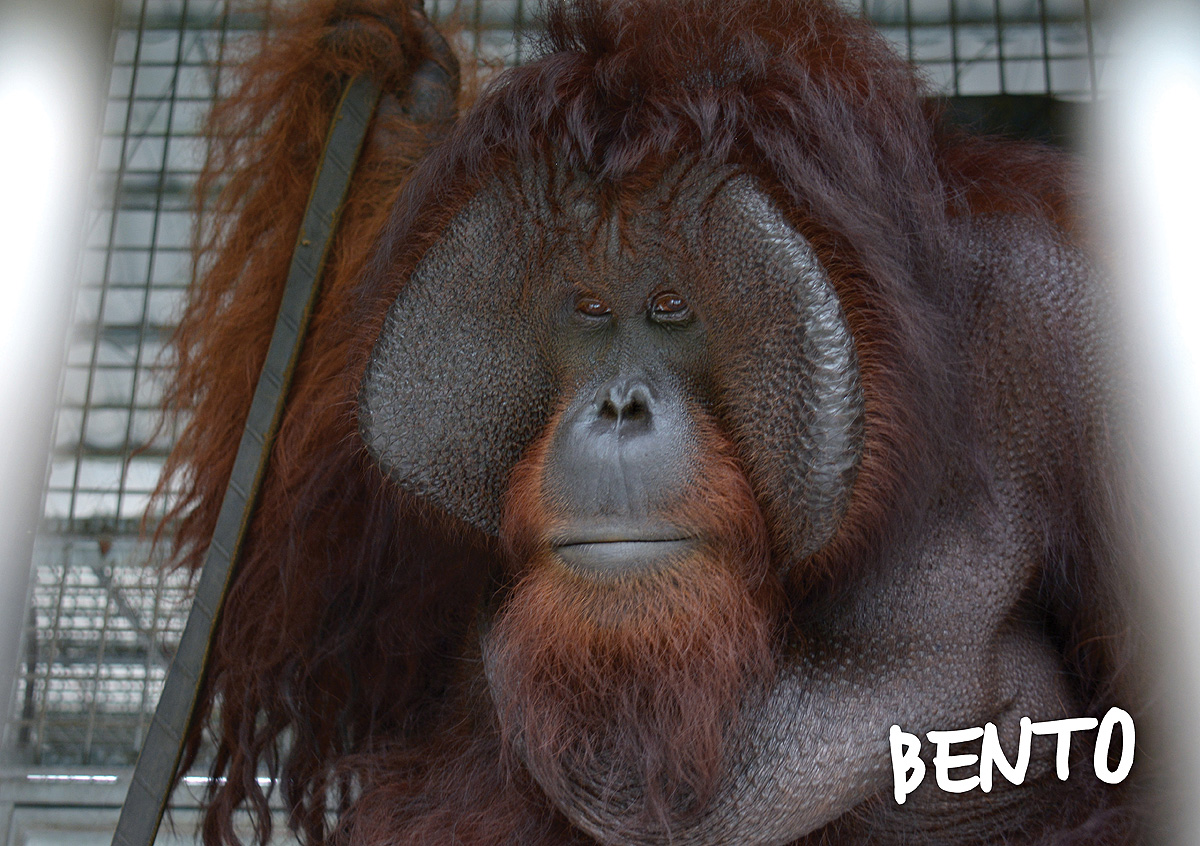 This male orangutan was rescued on November 10, 2004 by the Central Kalimantan BKSDA from a Jakarta resident, who had kept him as a pet, When he was handed over to Nyaru Menteng, Bento was already 13 years old and weighed 31 kg.

Bento has spent the last phase of his rehabilitation process on the pre-release island, Kaja. On Kaja Island, Bento was extremely dominant, dislikes human presence and, like all wild adult male orangutans, he prefers a solitary life.

Now, Bento is 26 years old and weighs 86 kg. He has brown long hair with fully developed cheekpads. Bento is ready to return to life in the forest and will shortly depart for the Bukit Batikap Conservation Forest, where he will become a true wild orangutan. 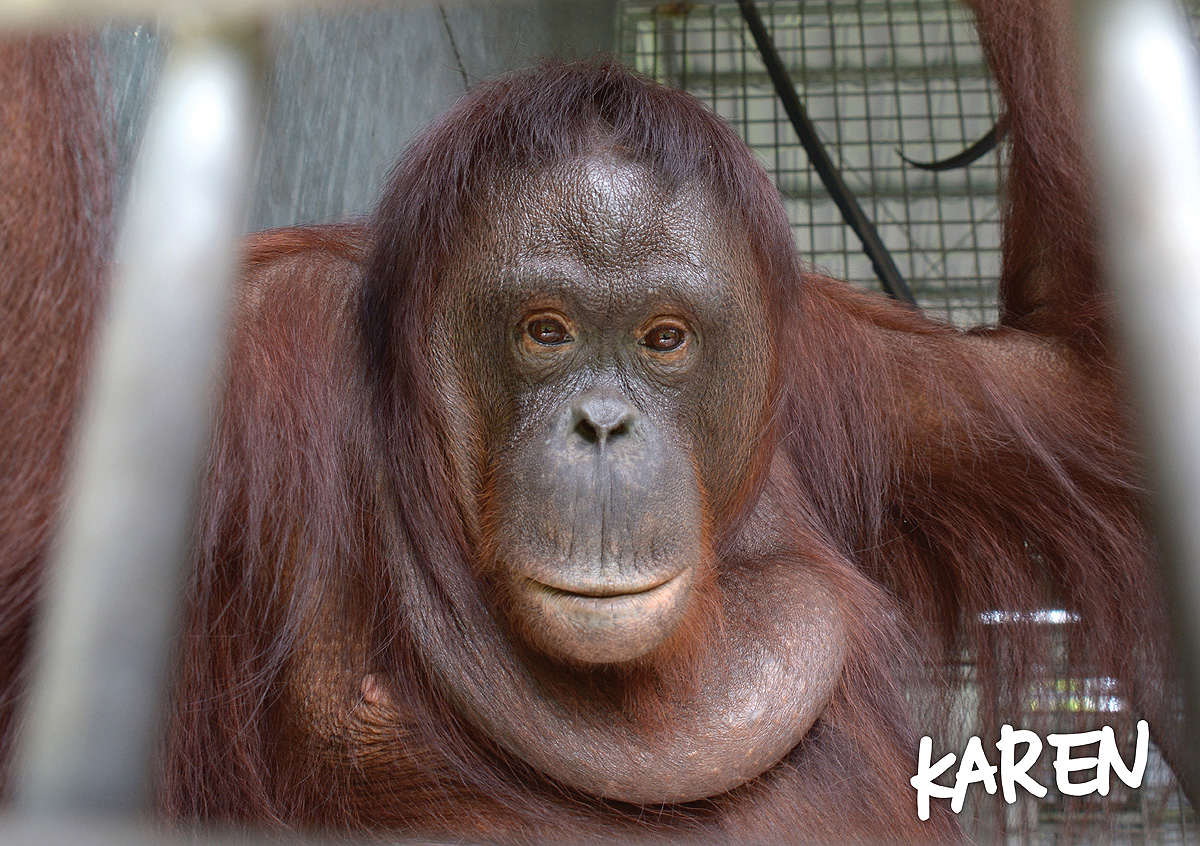 Karen was rescued from a Jakarta resident, and arrived at Samboja Lestari on July 14, 2004, aged around 5 years and weighing 19.5 kilograms. She undertook rehabilitation at Samboja Lestari for 9 years, and was moved to Nyaru Menteng on 28 November, 2013, at the age of 14, weighing 50 kilograms.

She was placed in the Nyaru Menteng 2 socialization complex, and later moved to the quarantine complex at Nyaru Menteng 3, to be prepared for release.

Karen is now 18 years old and weighs 52 kg. She is more than ready to explore the Bukit Batikap Conservation Forest and live as a true wild orangutan.