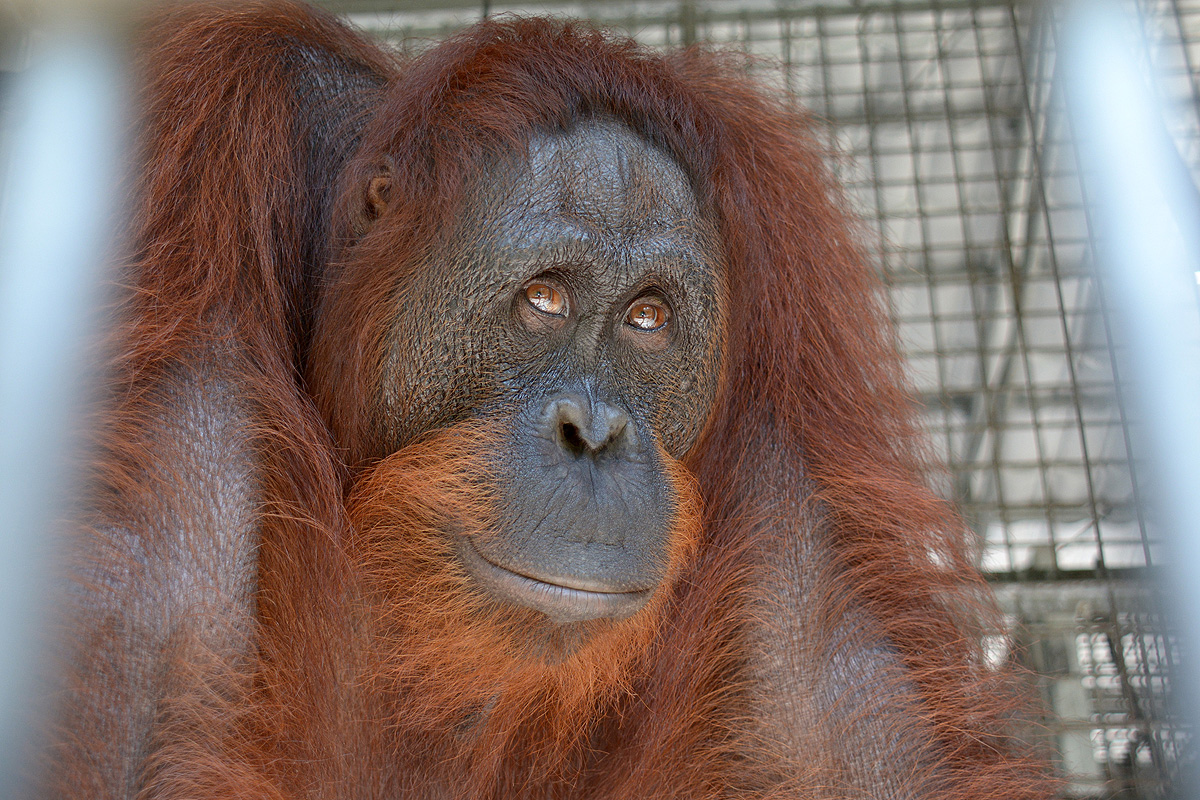 January 9, 2018 — The BOS Foundation is getting off to a fast start in 2018! They are releasing another group of four orangutans from Nyaru Menteng into the Bukit Baka Bukit Raya National Park Forest in Katingan Regency, Central Kalimantan. Here are the profiles of the four amazing orangutans. 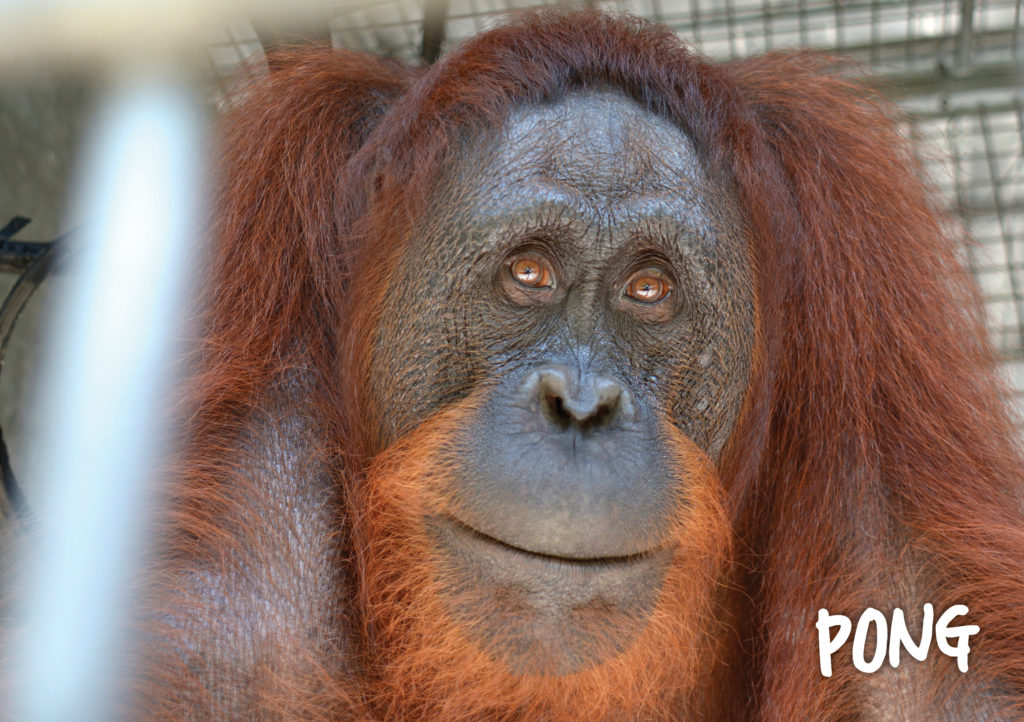 Pong was confiscated from a villager in Tumbang Samba, Katingan Regency, Central Kalimantan, on August 24, 2005. The villager claimed to have bought Pong four months prior from an oil palm plantation worker, whom we suspected had killed Pong’s mother.

He was two years old and weighed 8.6 kilograms upon arrival at Nyaru Menteng. He was in poor condition – with sparce hair, suffering from malaria and typhus – and was placed in quarantine until he fully recovered.

Following his quarantine, Pong joined the Nursery Group and later passed through all stages of Forest School. Pong progressed well and on April 7, 2017, was moved to Kaja Island. During his time on Kaja, he further developed his skills and became an active individual.

Pong is now 15 years old and weighs 41.5 kg. His cheekpads are developing and he is ready to live as a true, wild orangutan in the Bukit Baka Bukit Raya National Park. 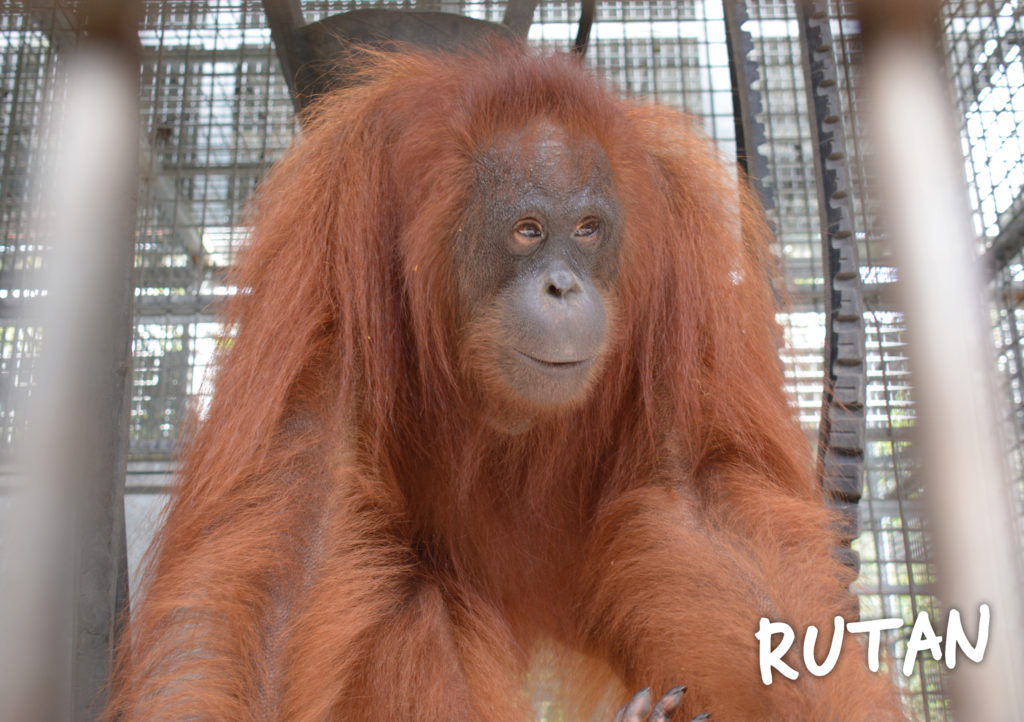 Rutan was rescued from a villager in West Kalimantan on January 7, 2006. She was around three years old when she arrived in Nyaru Menteng and weighed 10 kilograms.

Following her quarantine, Rutan joined Forest School, and completed the final level in 2009. In 2016, she was moved to Bangamat pre-release island, where she became a good explorer who preferred to avoid humans.

Rutan is now 15 years old and weighs 32.3 kg. After 12 years of rehabilitation in Nyaru Menteng, it is time for Rutan to live as a wild orangutan in the forests of Bukit Baka Bukit Raya National Park. 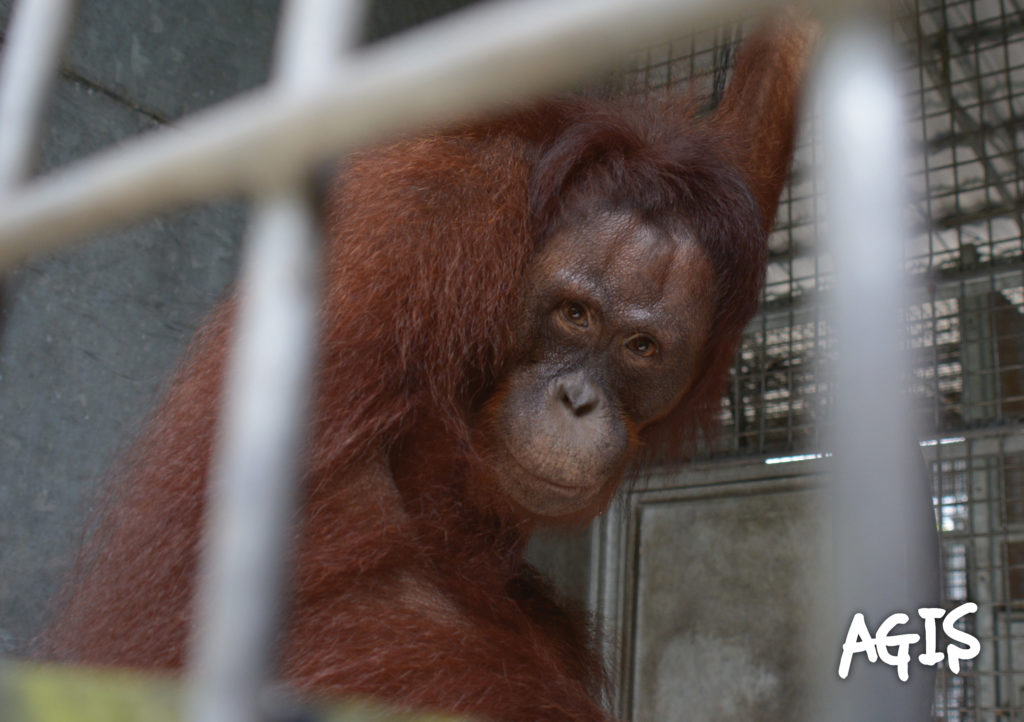 Agis was rescued on April 22, 2006, by a joint team from the Central Kalimantan BKSDA and BOSF Nyaru Menteng. A resident of Kuala Pembuang, Seruyan Regency, Central Kalimantan, had kept and treated her like a human child for seven months. She was two and a half years old, weighed 6.6 kilograms, and was suffering from dehydration and malnutrition.

In Nyaru Menteng, Agis completed quarantine before joining Forest School. She passed all levels and entered the pre-release stage of rehabilitation on Bangamat Island in 2014. She was then moved to Kaja Island in 2015.

Agis is very good at adapting to new surroundings and easily socializes with other orangutans. She has a gentle nature, yet is capable of defending herself when required.

Now she is 14 years old and is armed with the survival skills she needs to begin her new life in the Bukit Baka Bukit Raya National Park. 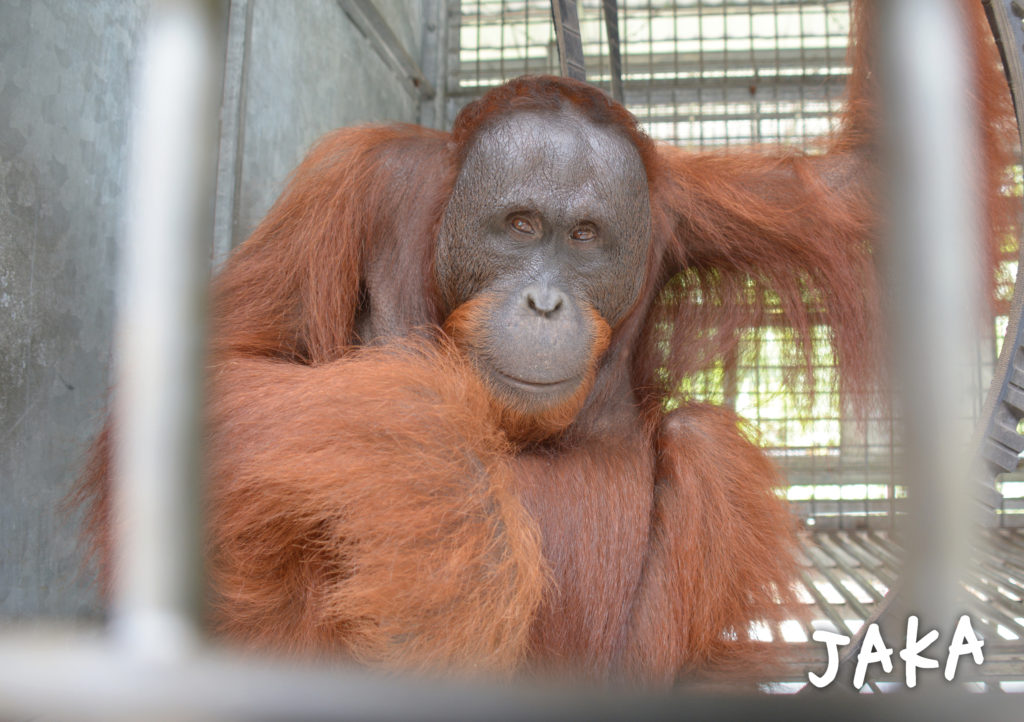 Jaka arrived at Nyaru Menteng on January 3, 2007, after being rescued from an oil palm plantation worker from PT. Bumi Sawit Kencana, in Sebabi, East Kotawaringin Regency, Central Kalimantan. He was two years old and weighed 10 kilograms.

Jaka successfully passed through quarantine and joined Forest School. At first, he experienced difficulty in learning new skills and was not as active as his peers. However, he was quick to adjust and began displaying natural behaviours, which helped him complete Forest School. On March 28, 2016, Jaka was moved to Bangamat pre-release Island, where he was known as a highly curious, independent orangutan.

Jaka is now 13 years old and weighs 41.7 kg. With his skillset and abilities, he is more than ready to live in his new home – the forests of Bukit Baka Bukit Raya National Park – alongside Pong, Rutan, and Agis.