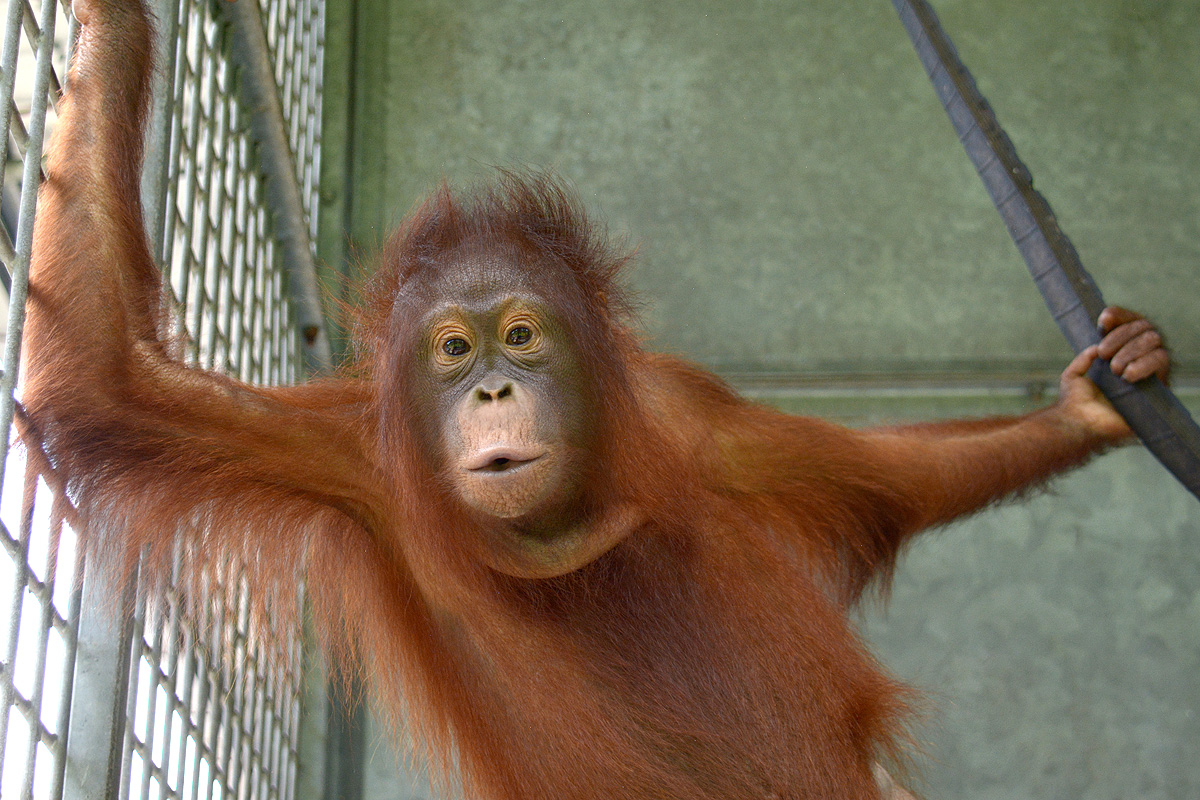 April 2018 — The BOS Foundation is releasing another group of four orangutans from Nyaru Menteng into the Bukit Baka Bukit Raya National Park Forest in Katingan Regency, Central Kalimantan. Here are the profiles of the four amazing orangutans. 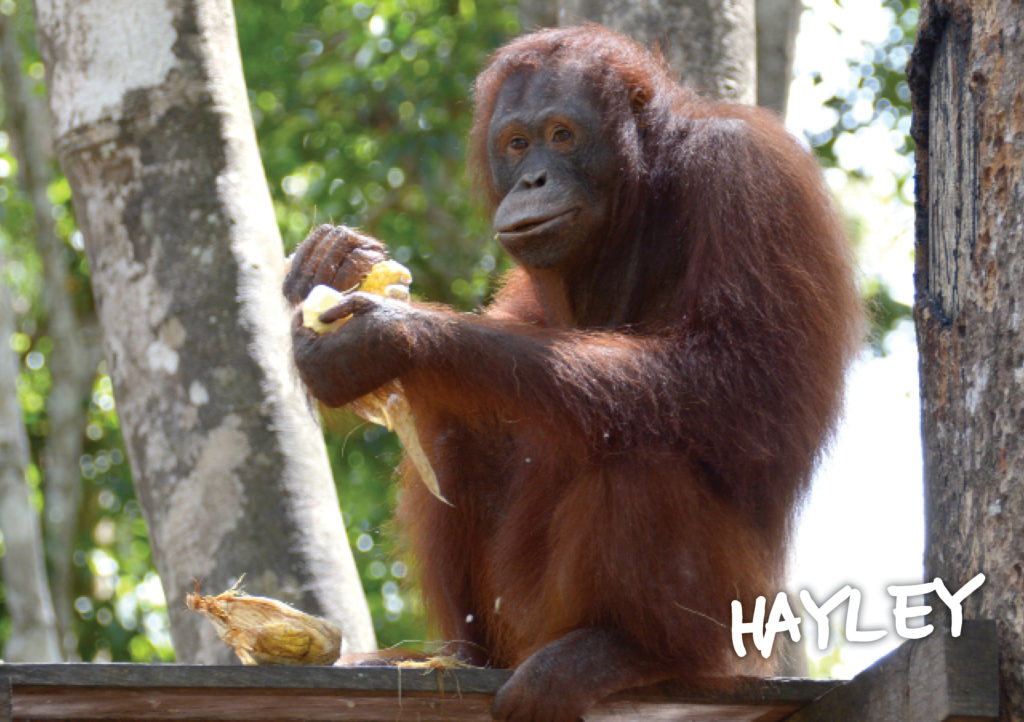 Hayley was rescued from Samuda village, East Kotawaringin Regency, Central Kalimantan, and was brought to Nyaru Menteng on 13 November, 2008. She was 2.5 years old at the time, weighed 16 kilograms, and was in good health. After passing the quarantine period, Hayley joined Forest School and worked diligently through every level.

On 3 August, 2016, Hayley moved on to the pre-release stage of the rehabilitation process on Kaja Island. She continued to develop her skills during her time on Kaja, where she became very independent and vigilant.

Hayley is now 13 years old and weighs 38 kilograms. She has thick hair around her cheeks, round eyes, and a protruding forehead. With the skills she has acquired during her years of rehabilitation, and her independent nature, Hayley is ready to live free in the Bukit Baka Bukit Raya National Park. 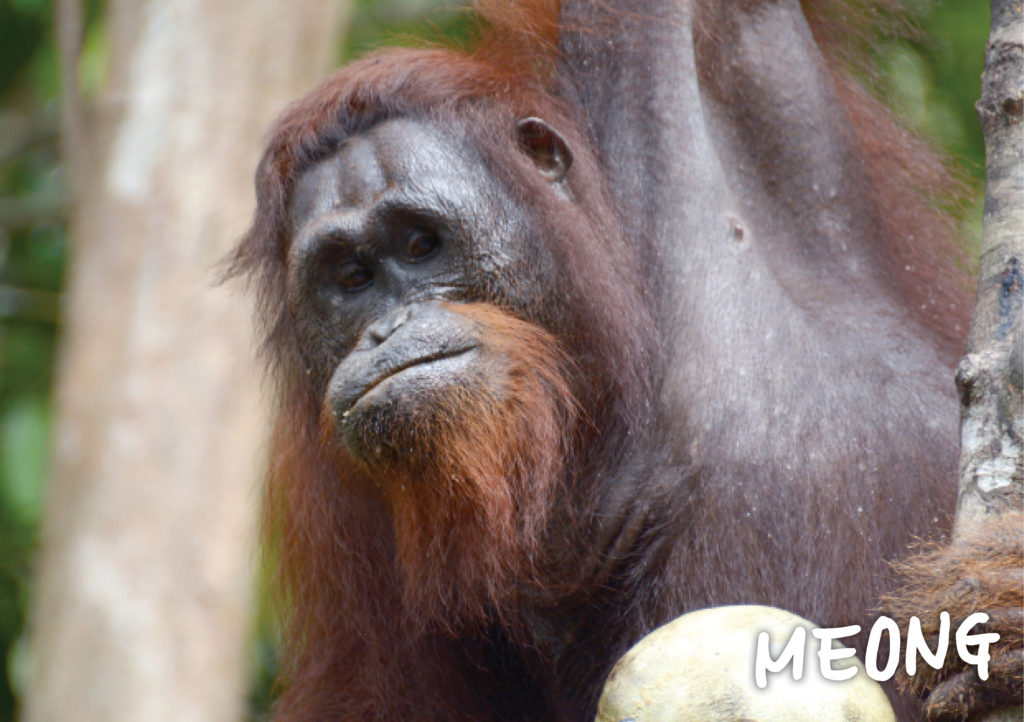 Meong was rescued by a joint team from the Central Kalimantan BKSDA and BOS Foundation Nyaru Menteng, from a villager in Sungai Jaya, Kapuas Regency, Central Kalimantan. He was brought to Nyaru Menteng on 24 May, 2007, when he was just 2 years old and weighed 6 kilograms. He was in very poor condition, was suffering from malnutrition and severe dehydration, and had endured psychological trauma.

Following a compulsory period of quarantine, Meong joined Forest School, completing all stages, before moving to the pre-release stage on Kaja Island on 8 April, 2016. While he was not a dominant figure on the island, he did prove he could defend himself. He also honed his nest-building and foraging skills.

Meong is now 13 years old and weighs 49 kilograms. With his large cheekpads and long golden beard, he is a striking individual. It is now time for Meong to return to his natural habitat in the forests of Bukit Baka Bukit Raya National Park. 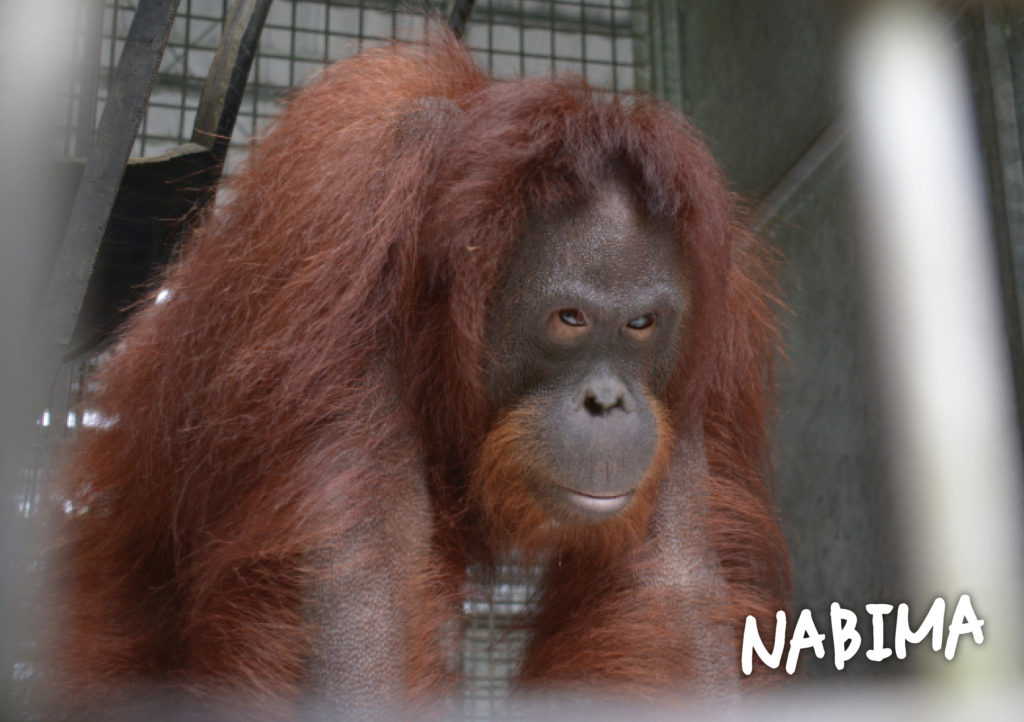 Nabima was confiscated from a villager in Danau Sembuluh, East Kotawaringin Regency, on 11 September, 2000. She was 3 months old and weighed only 1.6 kilograms upon her arrival at Nyaru Menteng, and was in very poor condition: underweight, weak, and infested with fleas.

Throughout her years of rehabilitation, Nabima was no stranger to illness; but thanks to the intensive treatment and care she received from our medical team, she always recovered. She completed Forest School in 2012 and entered the pre-release stage on Bangamat Island. She was transferred to Kaja Island later the same year.

Graceful Nabima, with her sharp glaze and thin golden beard, is now 18 years old and weighs 37 kilograms. After 18 long years of rehabilitation, Nabima will soon get her chance at freedom when she is released to the wilds of the Bukit Baka Bukit Raya National Park. 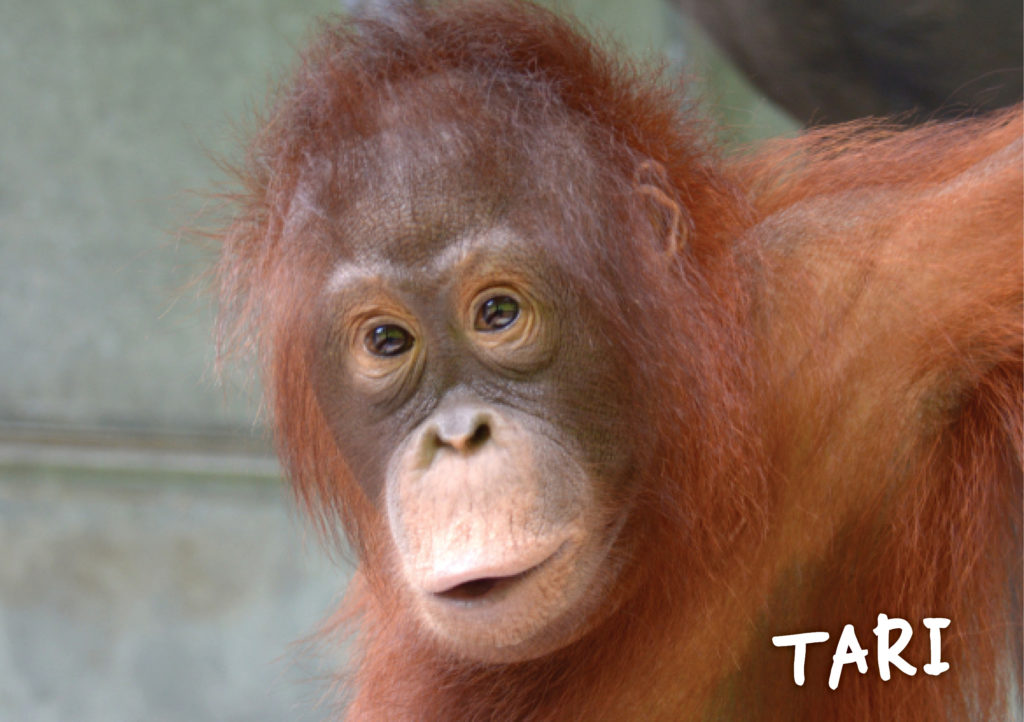 Tari was rescued from Taringen village, Gunung Mas Regency, Central Kalimantan, through a joint effort between the Central Kalimantan BKSDA and BOS Foundation Nyaru Menteng. She was brought to Nyaru Menteng on 21 January, 2018, when she was 5 years old and weighed 10 kilograms. She displayed behaviours that indicated she was born in the wild and raised by a loving mother.

Tari was brought to the Nyaru Menteng Rescue and Rehabilitation Centre to recuperate from the trauma she had suffered from being captured by humans. She is currently in good health and weighs 10 kilograms. Tari is fully independent and firmly dislikes humans, making her a perfect candidate for a quick release to the Bukit Baka Bukit Raya National Park as soon as possible.