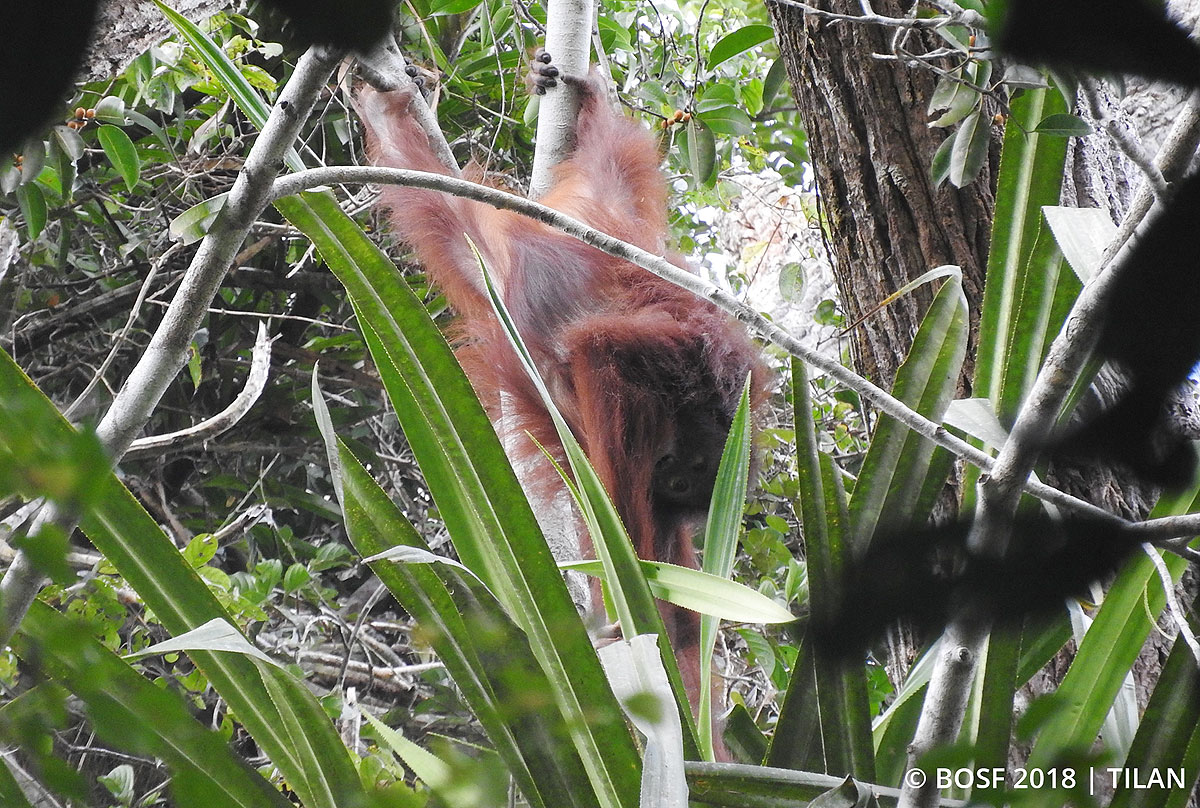 October 18, 2018 — The jungles of the Bukit Batikap Protection Forest in Central Kalimantan are unlike any other in the world. The biodiversity of life alone is astounding; but it is the orangutans reintroduced by the BOS Foundation that set Batikap apart from all other environments.

Batikap is now home to many rehabilitated orangutans that have been given a second chance at life in the wild. Most of these orangutans exhibit slightly different behaviours to that of their truly wild counterparts, due to the extended contact they have had with humans. However, of the many reintroduced orangutans here, some have managed to really get in touch with their wild side. Nobri is one such example of this. Nobri, a female orangutan released in April 2016, who was recently observed by our post-release monitoring (PRM) team in Camp Totat Jalu. 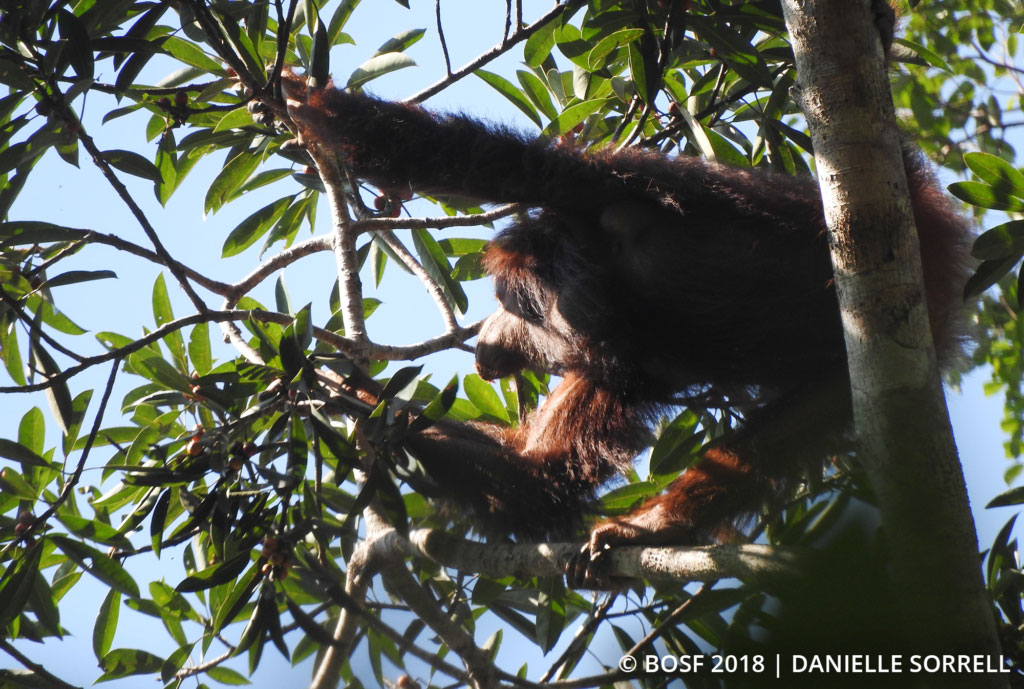 Nobri was born in 2005, to mother Shelli, on one of the BOS Foundation’s pre-release islands in Central Kalimantan. While she did not grow up in a sprawling jungle, she did have her mother by her side to teach her the ways of the orangutan, meaning she never had to rely on humans. This enabled her to become a very capable and confident orangutan with a firm dislike for humans; not unlike a wild orangutan. 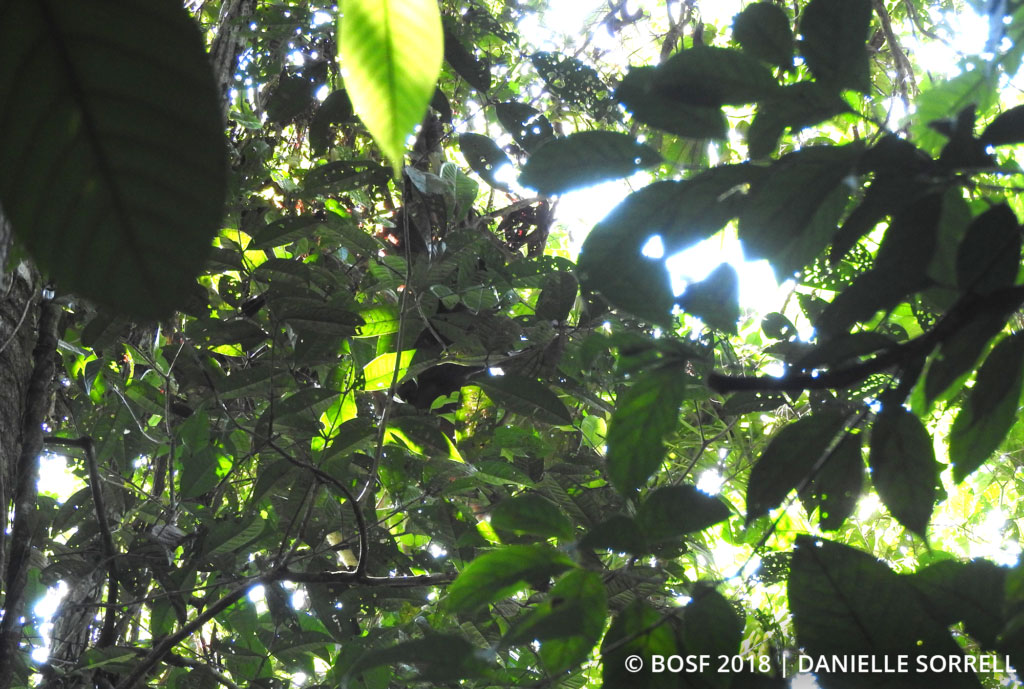 These traits have made Nobri very successful in the jungles of Batikap. For our PRM team members, however, this means their job is made a bit harder. We try to check-up on our released orangutans monthly, and with Nobri this means engaging in a game of hide-and-go-seek – or more accurately, ‘hide-and-go-kiss-squeak’. 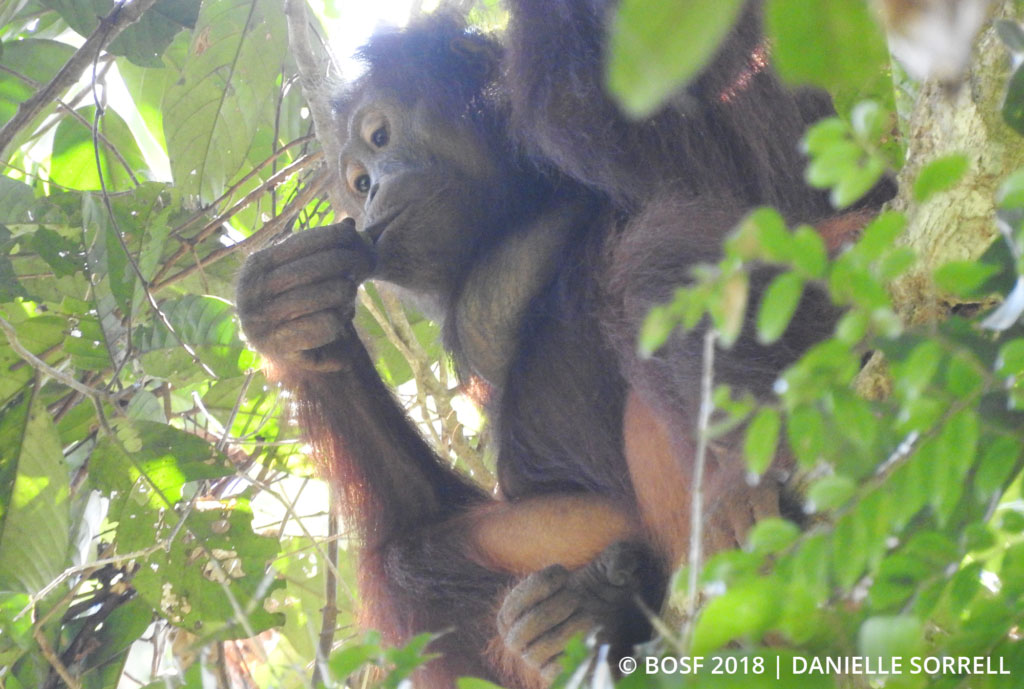 With our radio tracking equipment, we can often pinpoint Nobri’s location down to one tree; but, we rarely see an orangutan! We can spend an hour or more circling the same tree, confused as to where in the world she might be hiding, and concerned that our equipment is malfunctioning. Then, just as we begin to lose hope, the clear sound of an orangutan kiss-squeaking suddenly pierces the silence! Orangutans make this sound to let other animals know they are not pleased with their presence. Our PRM team retreated cautiously and move away to observe Nobri from a safe distance, to avoid distressing her. Nobri then continued her exploration of the forest, and brachiated away through the trees in search of forest food. 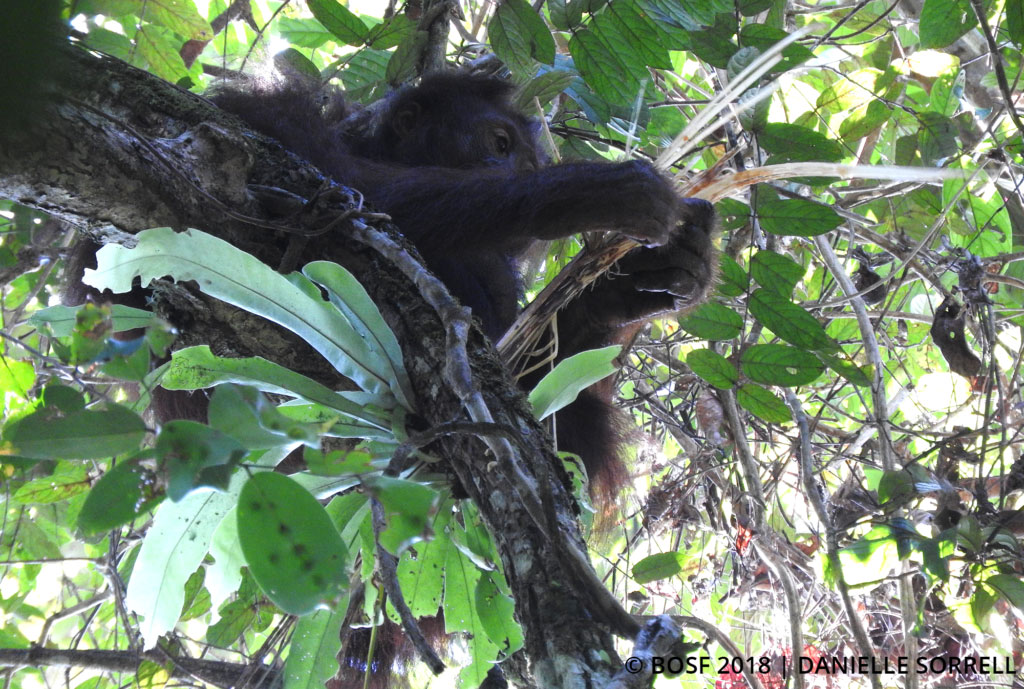 We are always in for a fun and adventurous day when we follow Nobri and observe her natural behaviours. We make sure to take extra care, however, and stay as well-hidden as she does, so we don’t upset her.

See you again soon, Nobri! We can’t wait for our next game of ‘hide-and-go-kiss-squeak’!