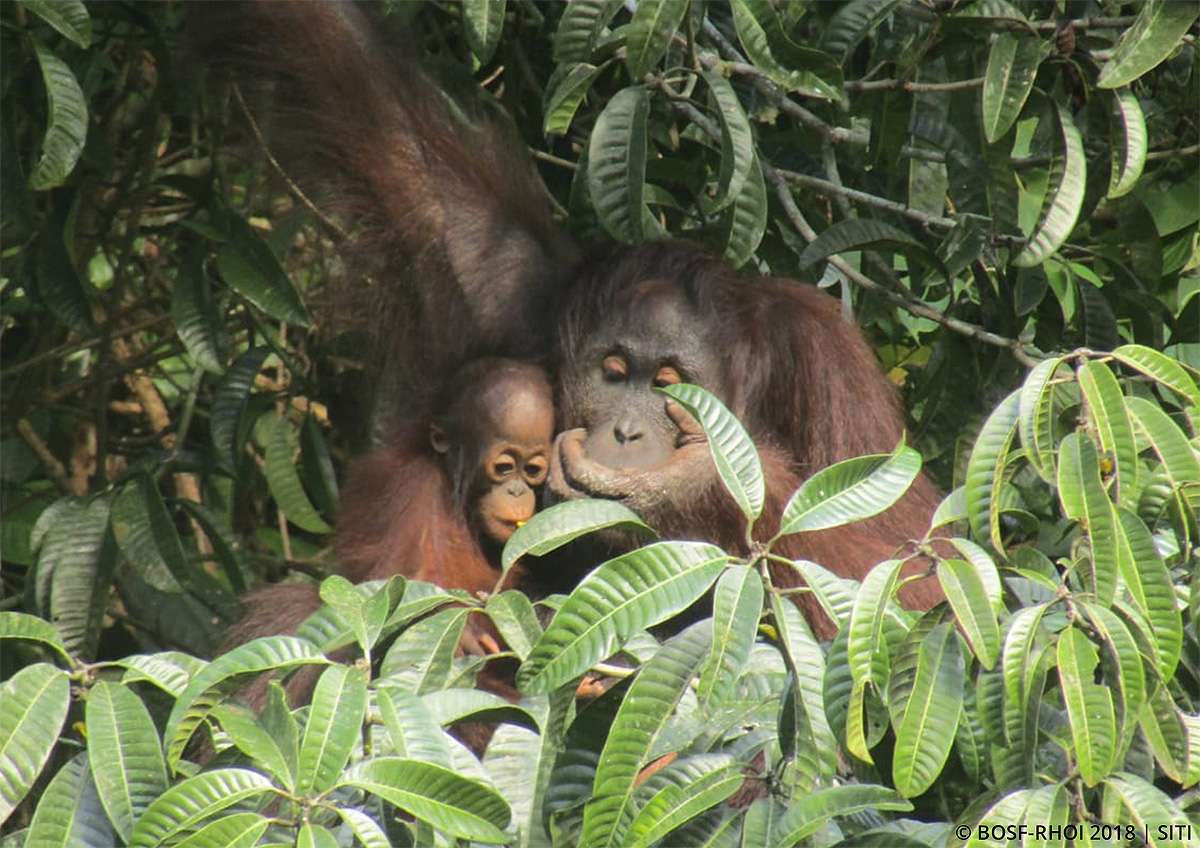 August 16, 2018 — A few days ago, our PRM team from Camp Lesik in the northern part of the Kehje Sewen Forest, East Kalimantan, patrolled the area adjacent to a local settlement known as ‘Pelangsiran’ (the ‘settlement of local transporters’). Our team trekked about 11 km from camp to reach the location, where they found Teresa – an orangutan we released in December 2015 – dangling from a liana.

The team’s delight in locating Teresa quickly upgraded to elation, after the sighting of a tiny baby dangling from her chest! Her gorgeous bundle of joy is the third baby born to a rehabilitated and released orangutan in the Kehje Sewen Forest. Our accompanying veterinarian, Patrick Flagellata, quickly conducted a visual assessment and determined that both Teresa and her baby were in good shape. However, he was not able to determine the baby’s sex. 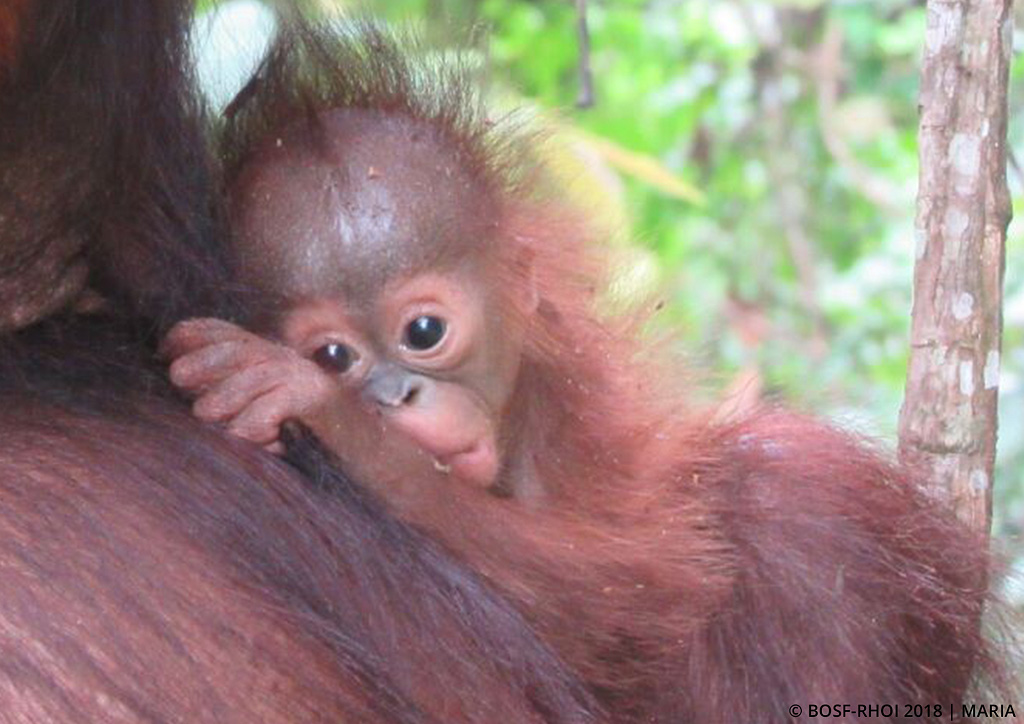 Several days later, our team decided to move Teresa and her new baby further into the northern hills of the forest, where natural food is more readily available. The decision to move the mother-infant pair was also a matter of safety, since the location Teresa was occupying was deemed too close to the settlement of Pelangsiran. Our PRM team managed to successfully transfer Teresa and her baby to a safer part of the forest, with both mother and baby re-released to the northern part of the forest at around noon. 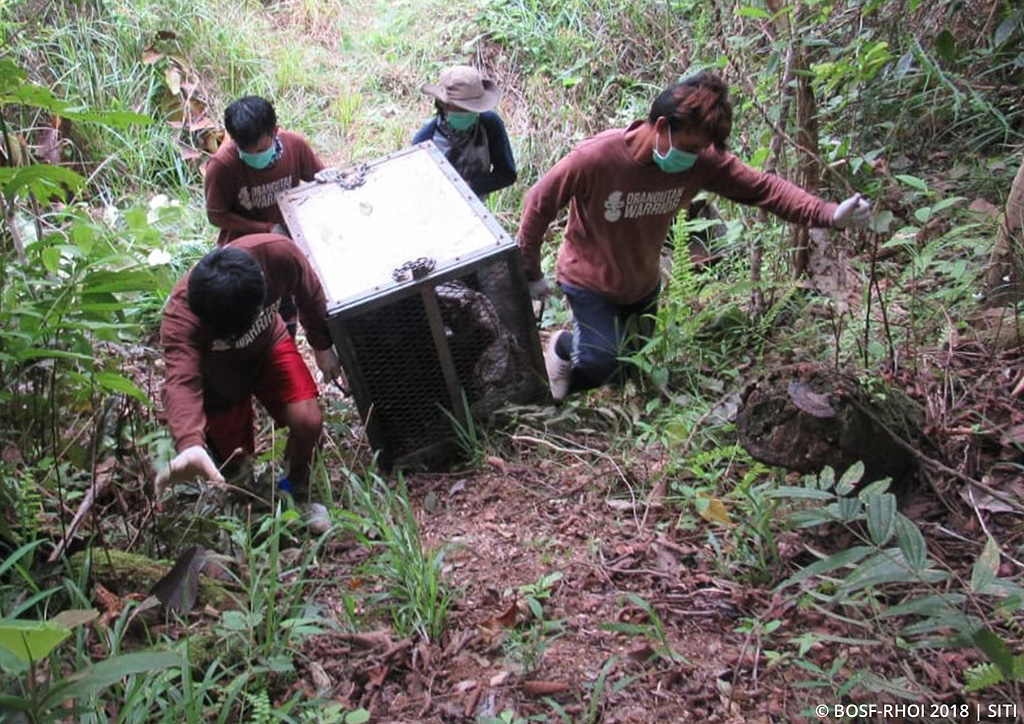 Transporting Teresa and her baby

Teresa rushed out of her transport cage the second it was opened and climbed straight up a tree. She brachiated through the canopy and then stopped to forage; consuming large amounts of forest food, such as ants, young leaves, syzygium fruits, and shoots. Her baby appeared comfortable, and had no trouble with breastfeeding. 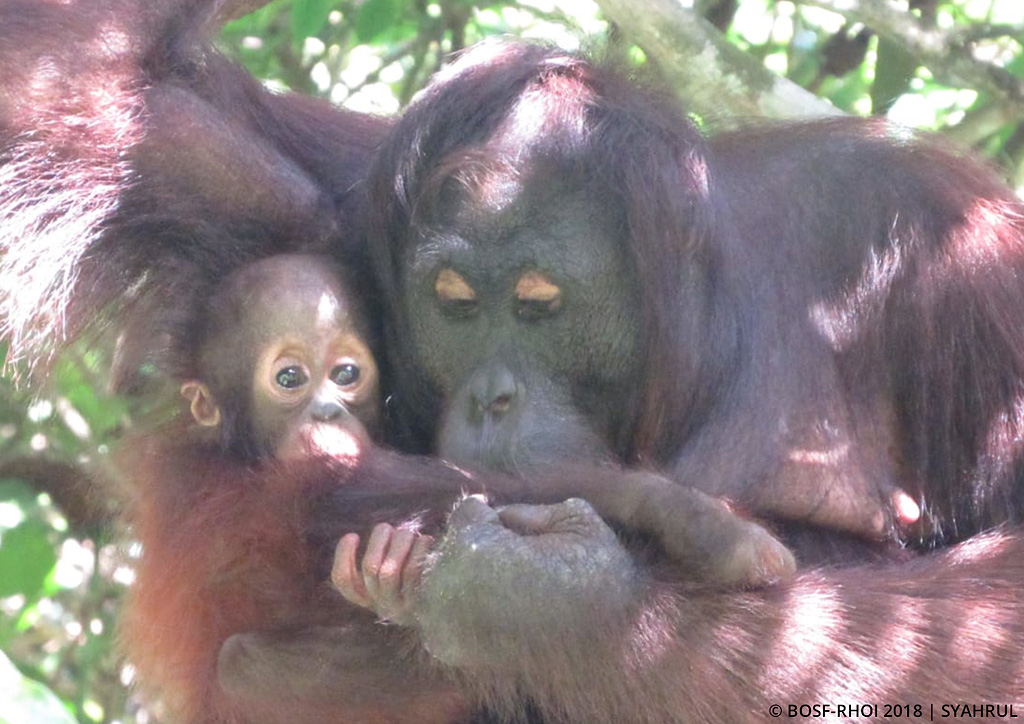 Teresa and her baby

The team conducted observations on Teresa and her baby up until the pair settled in their nest for the night. After GPS-tagging their location, the team headed back to Camp Lesik, satisfied that Teresa was adapting well to her new area of the forest.

We will continue to conduct nest-to-nest observations on Teresa and her newborn over the next few days, to ensure they are doing well. Sleep safe and sound, Teresa and baby! We can’t wait to see you again!