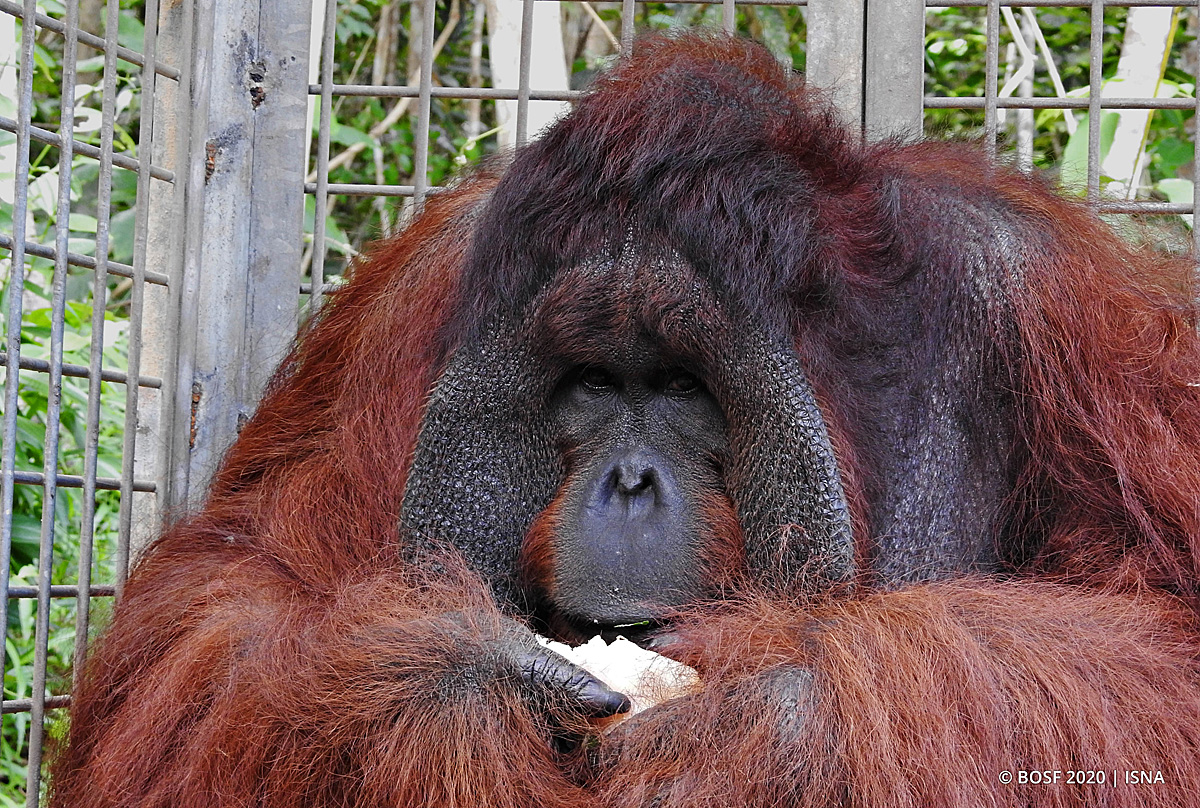 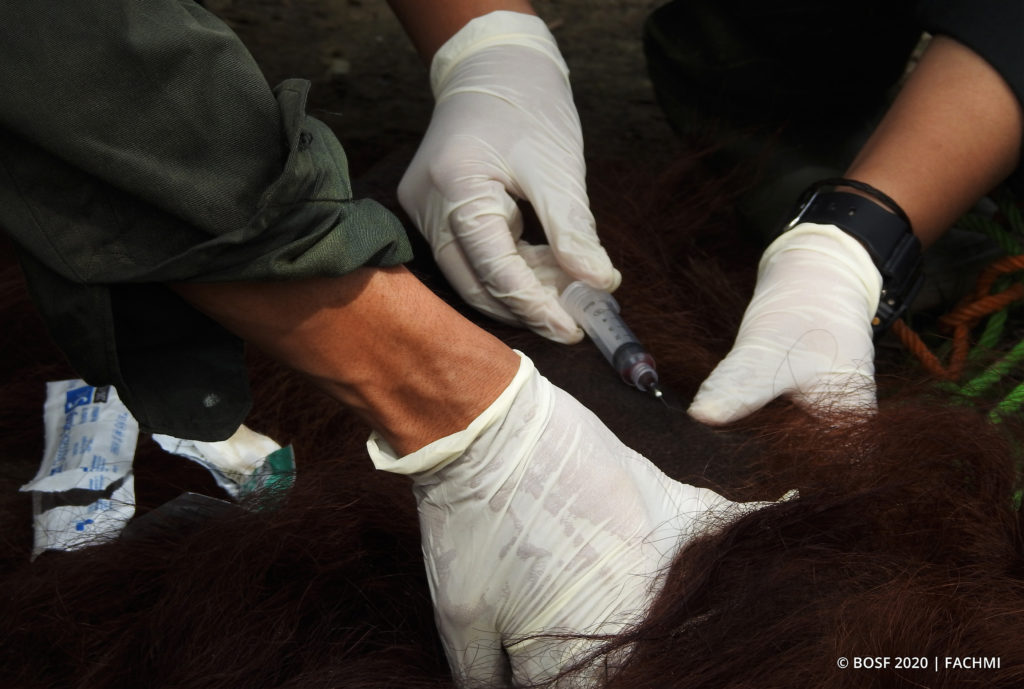 Despite his quick recovery, the veterinary team kept Jeffrey in the complex for continued observation to ensure he was fit to use his hip again. In her most recent update on Jeffrey’s condition, Dr. Agnes, Coordinator of the Samboja Lestari Veterinary Team, said; “It’s been six months since Jeffrey came to the treatment enclosure, and now we have cleared him to continue the rehabilitation process. We see that he can put weight on his foot and is able to walk without limping. His legs are strong enough to support his body.”

Read more about Jeffrey (link opens in a new window)

During his recovery in the treatment enclosure, Jeffrey maintained a healthy appetite, eating all of the food offered to him. Thus, his weight remained relatively stable.

This week, the Samboja Lestari Veterinary Team finally moved Jeffrey to Pre-Release Island #0. He appeared to be content, being back in the forest-like environment after spending several months in a complex undergoing treatment. 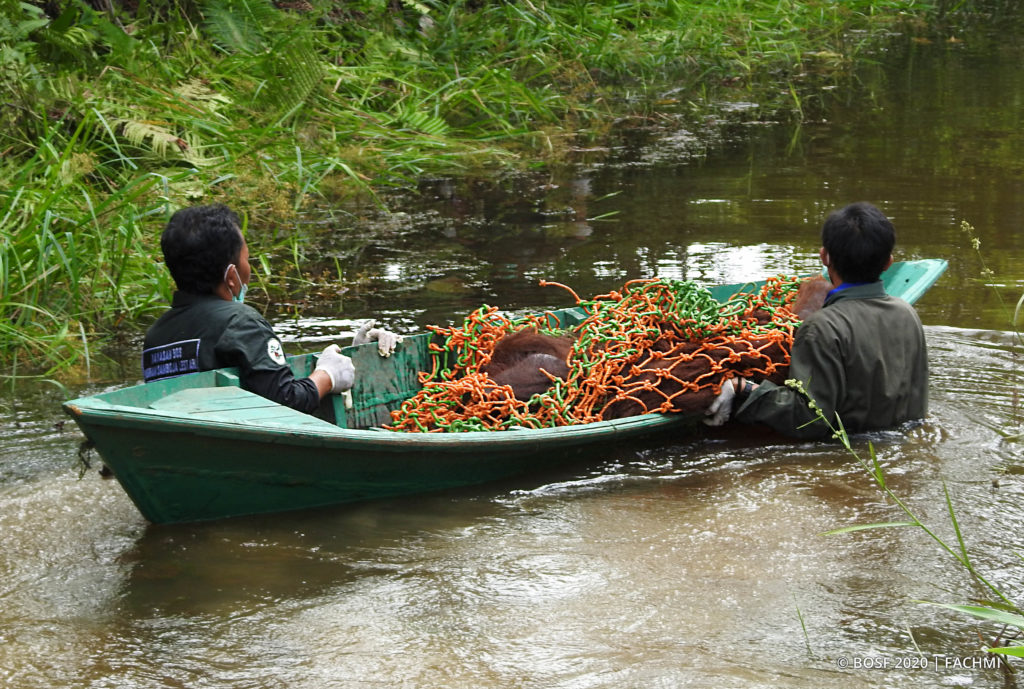 Jeffrey to Pre-Release Island #0 by boat

We sincerely hope that Jeffrey does not suffer any other injuries or setbacks. Enjoy your time on the island, Jeffrey, and take care!