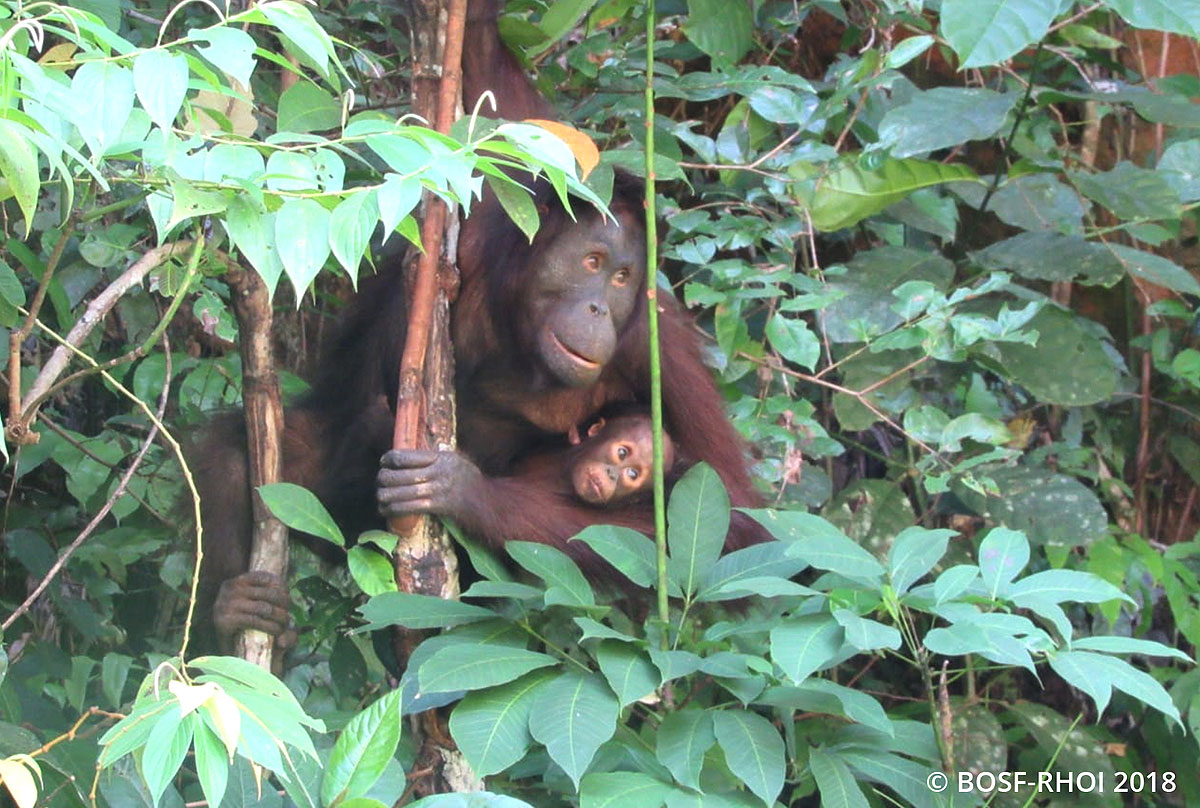 October 2, 2018 — On a cool afternoon in the Kehje Sewen Forest, our post-release monitoring (PRM) team busily monitored Teresa and her baby as they quietly went about their daily activities. Teresa had earlier been spotted on a hill across from Camp Lesik, brachiating from one tree to another with her baby clinging tightly to her arms.

In the wild, an orangutan infant will stay with its mother until the age of 7-8 years. Under its mother’s care, a young orangutan will learn all the skills it will needed to survive in the wild on its own, including climbing, nest-making, foraging, and avoiding predators. Once an orangutan has learned these skills, it will continue to stay with its mother for protection and to memorize a mental map of the forest; particularly to learn where important food resources are found. Then comes the time to move away and live independently.

During observations on this day, both mother and infant appeared to be happy and healthy, and were very active. After exploring the forest for a while, they rested in a langsat tree (Aglaia sp.) and enjoyed its abundant fruit. Mother Teresa patiently opened the fruit and fed her baby, who savoured the juicy, ripe fruit. The baby was even seen attempting to open the fruit on its own. 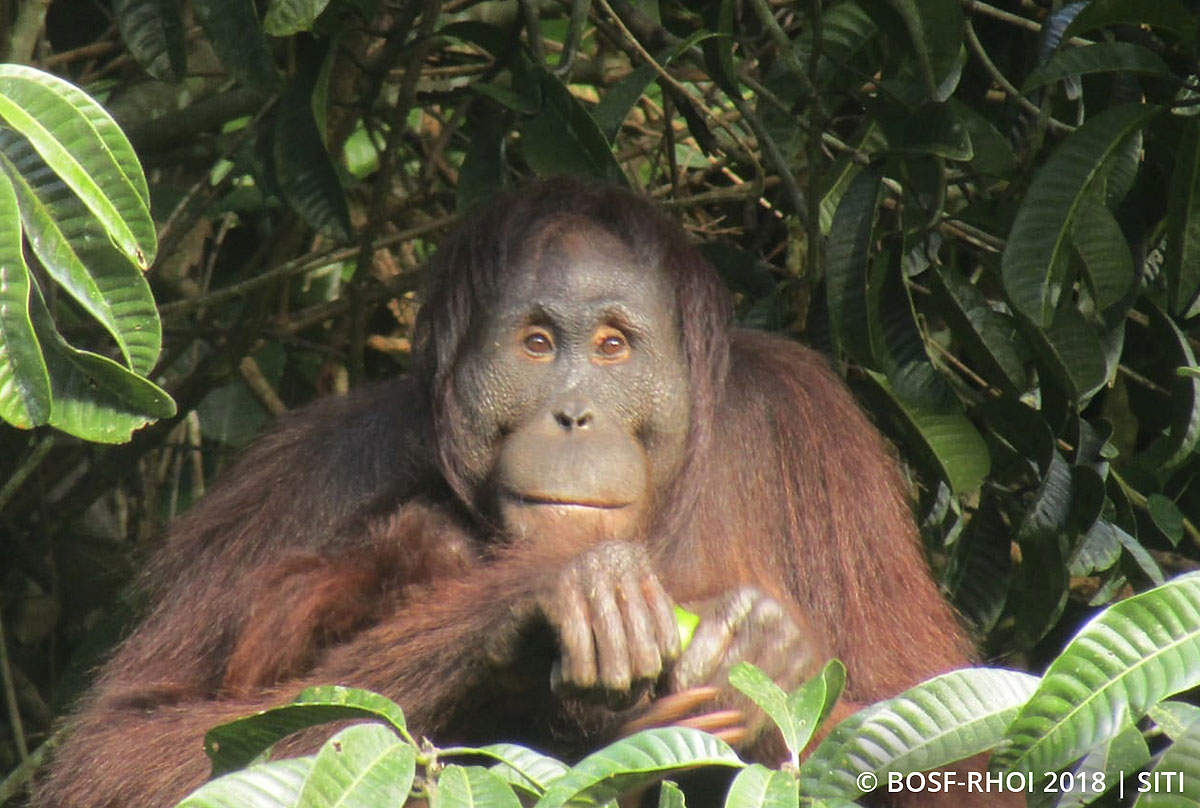 Mother Teresa prepares some fruit for her baby

That day, our team witnessed firsthand how a curious baby orangutan learns directly from following its mother’s lead. Teresa’s baby not only tried to open some forest fruit, but also started to play at a distance from her mother. Whilst still under the supervision of her mother, the baby bravely hung from a tiny liana nearby and tasted its leaves and fruit. 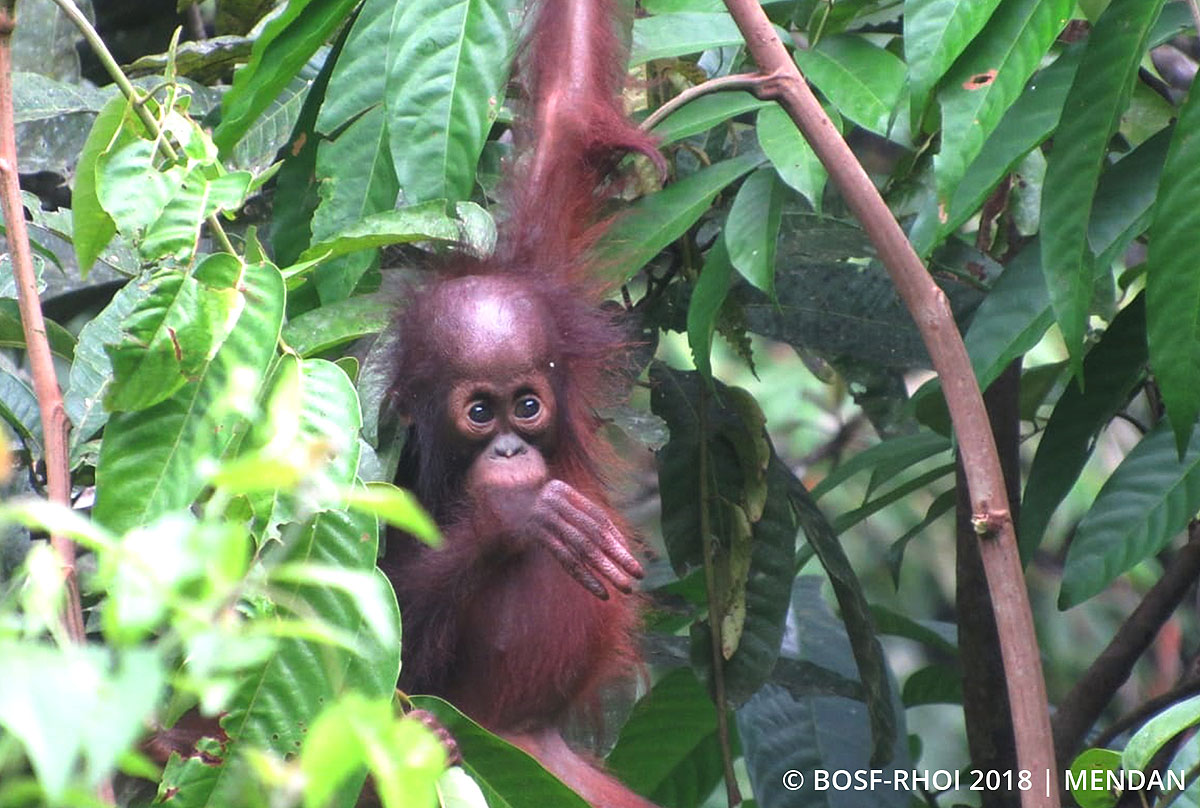 Teresa’a baby plays with a liana

Shortly after, the baby returned to the same tree as mother Teresa; but climbed higher up into the tree instead of returning directly to Teresa’s arms. What a curious and clever baby! 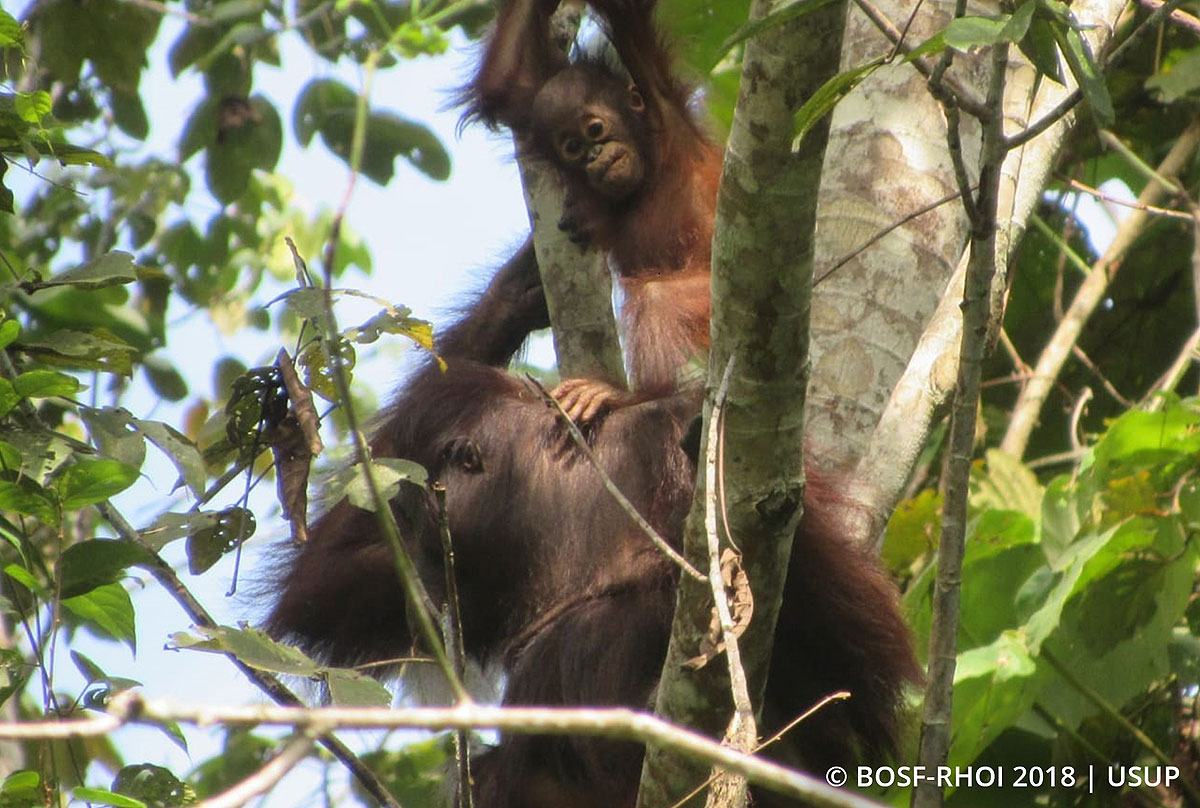 Teresa’s baby tries to climb higher up a tree

As the day grew dark, Teresa and her baby moved toward the hill, and settled down in a large tree for the night. After GPS-tagging their location, the team headed back to Camp Lesik happy in the knowledge that Teresa and her baby were living comfortably in the Kehje Sewen Forest, their true home.