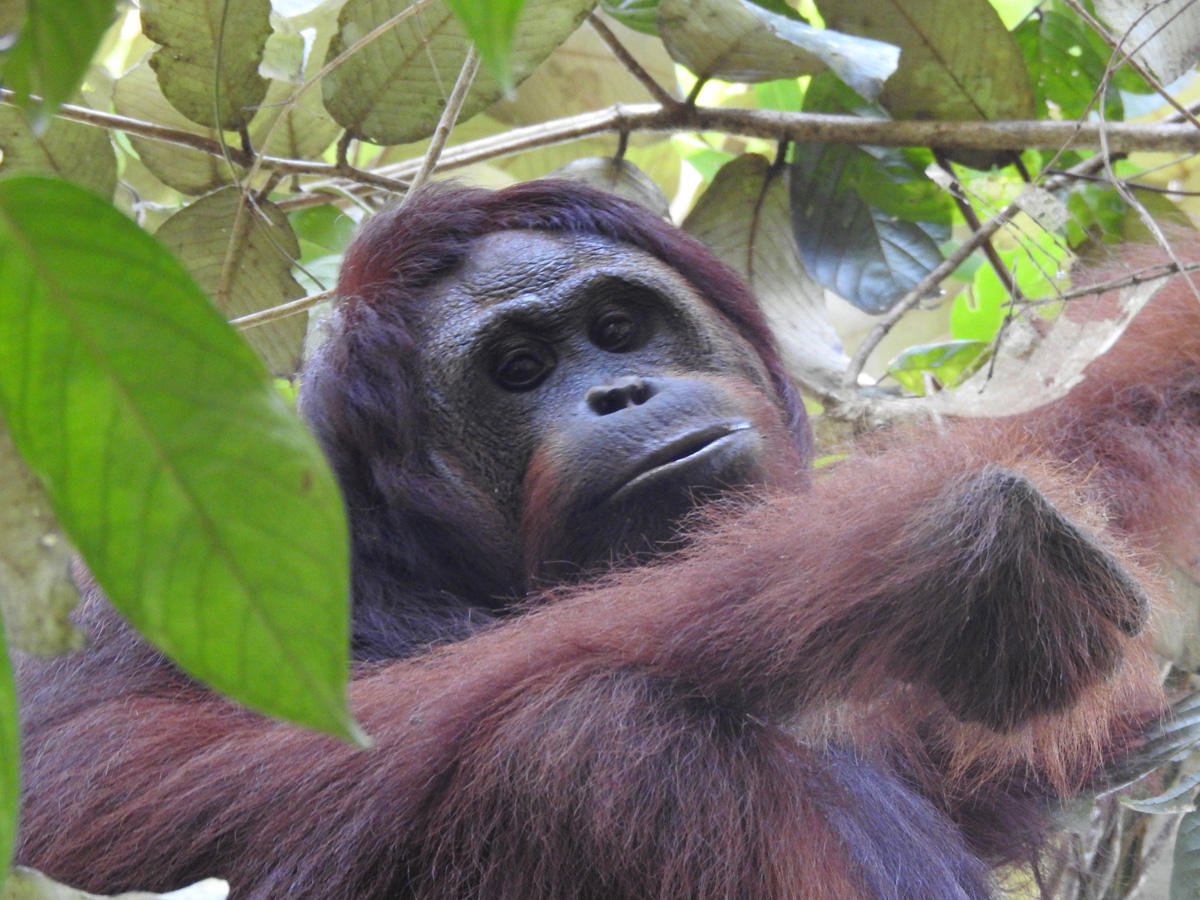 In the Bukit Baka Bukit Raya National Park, Central Kalimantan, we, the Post-Release Monitoring (PRM) team, have many responsibilities. One of our most regular tasks is to find orangutans and observe their behavior. We use radio tracking technology to locate orangutans that have been released in the last year or two, as the battery life of each transmitter, which is implanted subcutaneously, is usually depleted within a few years.

It was back in February 2021, when we left our base one morning, to start a usual day of trekking and tracking. The morning quickly slipped away from us as for many hours our receiver did not detect a single signal. Finally, around noon, we picked up on the signal of Janu, a male who was released in 2017. Interestingly, we also detected the signal of Susi, a female who was released a year before Janu. We did not expect the transmitters of these two orangutans to both still be working and transmitting signals. We did not even have to decide which signal to follow, as it quickly became apparent that both signals were coming from the same direction. 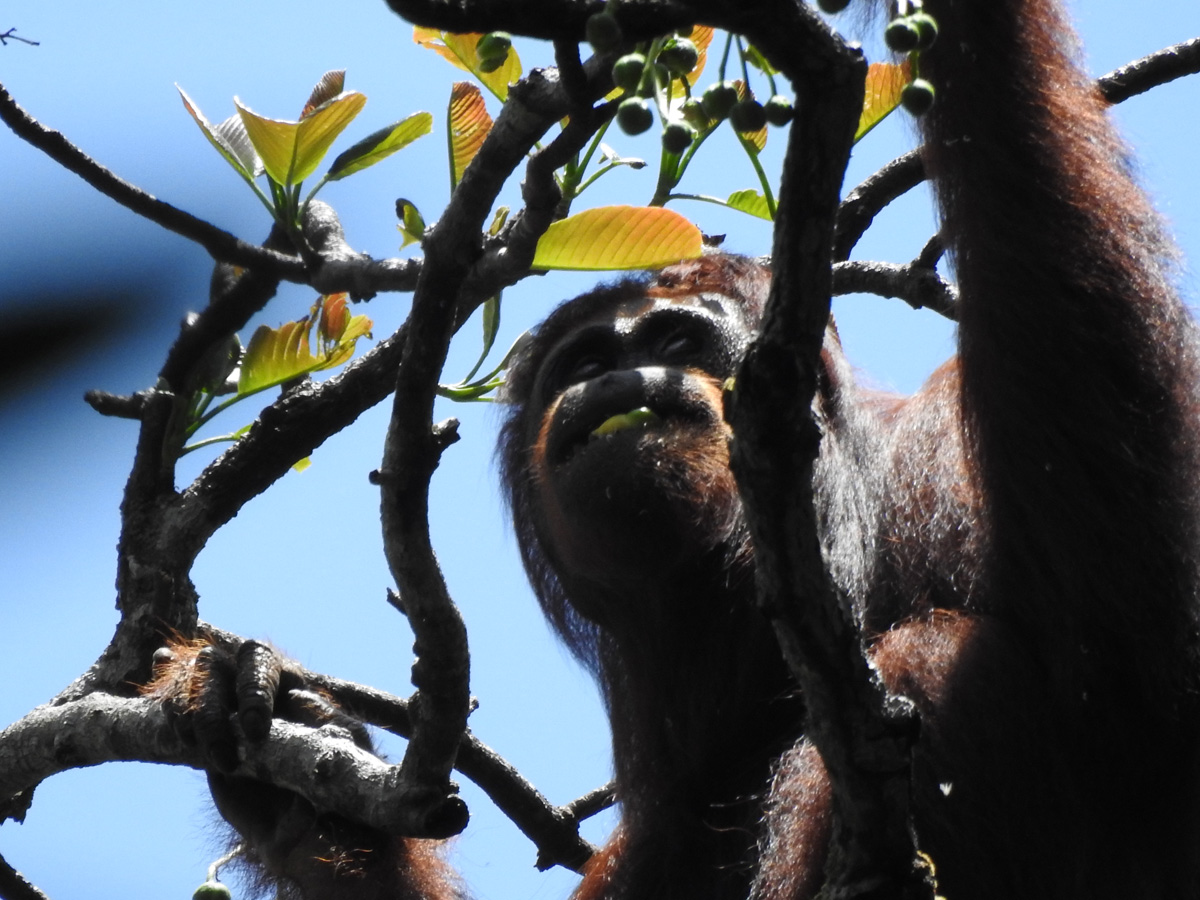 We were in luck! We found Jani and Susi together and both appeared to be physically fit and active. We observed them as they ate a variety of forest fare, including orchids, suli (Etlingera triorgyalis) shoots, sangkuang (Dracontomelon dao) fruit, lunuk (Ficus sp.) fruit, dangu liau (a type of wild mangosteen) fruit, and cambium from two fruit trees.

Janu and Susi were feasting on quite a banquet! Susi followed Janu wherever he went, and seemed to enjoy spending time with him. Janu didn't seem to mind her presence either. 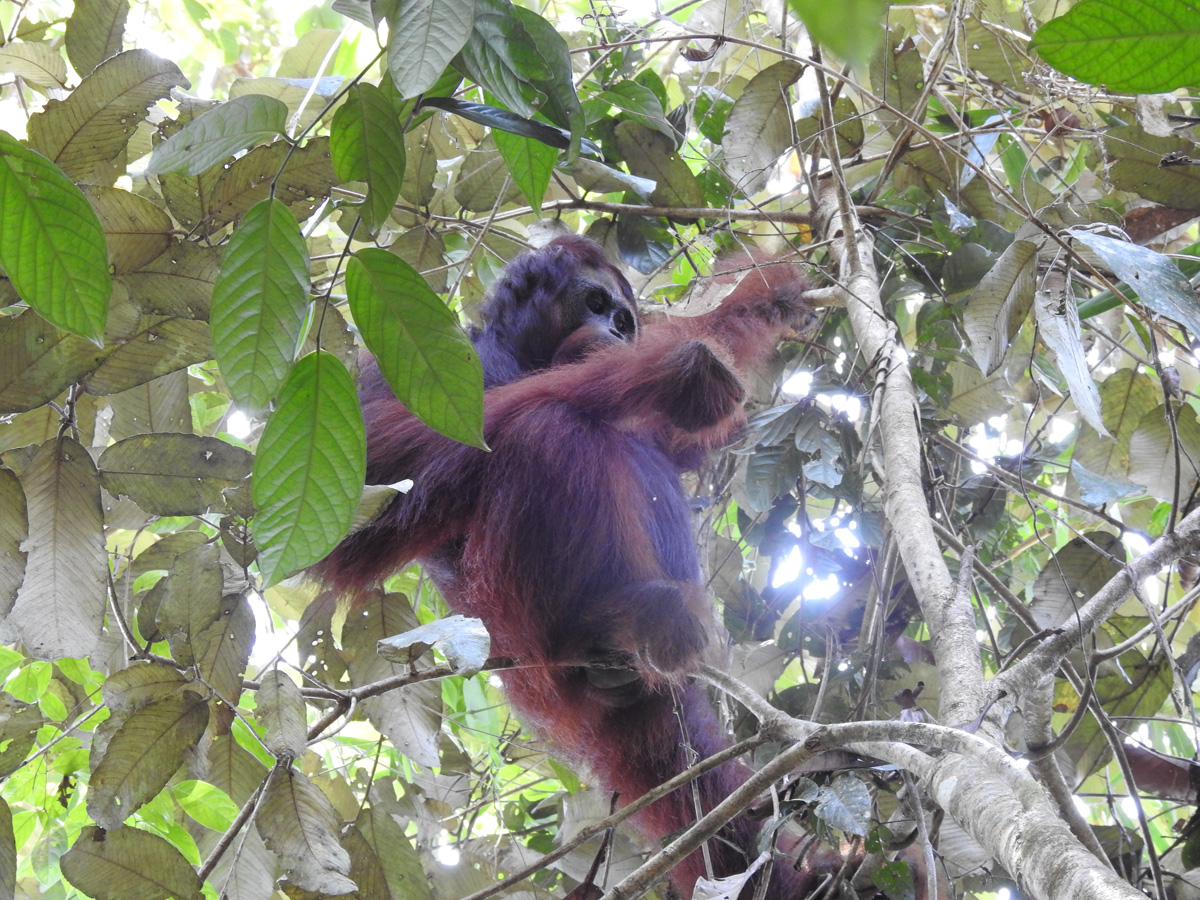 We almost lost track of time whilst observing these two and soon found that the evening was creeping up on us. Janu started building his night nest and Susi made her own nearby. We had hoped to observe the behaviors of these two orangutans a while longer, but sunlight was fading. We had to return to camp, knowing we would return to the same location the next morning to further observe the relationship between Janu and Susi.

We hope that we can continue to report on these two long into the future... with the sound of baby kiss-squeals permeating the canopy... 🙂