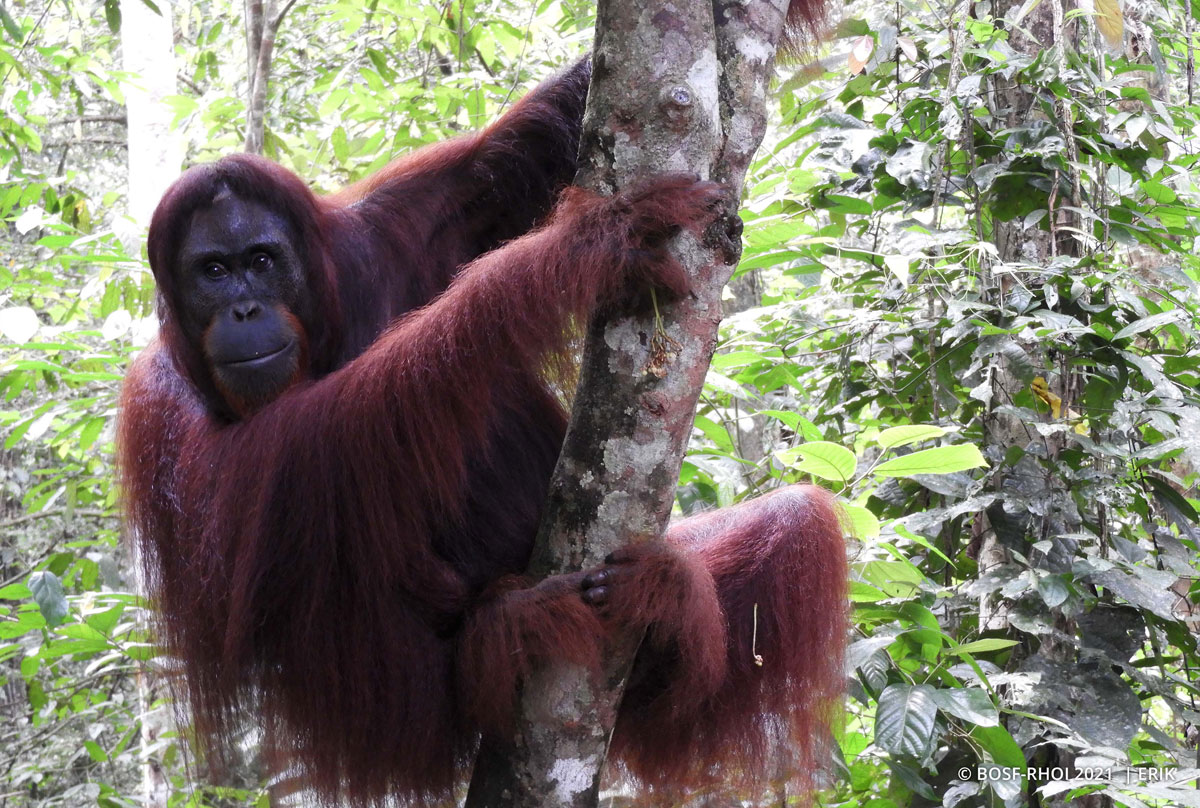 February 22, 2021 — The BOS Foundation’s RHO Program team stationed at the Juq Kehje Sewen Pre-Release Island in Muara Wahau, East Kalimantan, conducts regular patrols to secure the island and collect observational data on the orangutans living there. The orangutans placed on the island have each undergone the earlier stages of the lengthy rehabilitation process at the Samboja Lestari Orangutan Rehabilitation Center.

Recently, the team set out to monitor Desi, an adult female orangutan who was transferred to Juq Kehje Sewen in June 2019, after qualifying for the pre-release stage of rehabilitation. The purpose of monitoring Desi is to systematically observe her behaviors and determine whether she has developed sufficient survival skills to support her release in the wild.

Since her arrival at Samboja Lestari, the team had never seen Desi build her own nests; she had always chosen to use second-hand nests left by others. We know this because our team keeps a detailed log of the location of nests as they are discovered, and Desi had always been found in nests that were already recorded.

On 18 January, when the team went in search of Desi for the purpose of observation, she was spotted emerging from a nest in a Diospyros sp., or ebony tree, at a height of more than 10 meters. The tree was located along the river bank near feeding platform #1. The nest looked new, and the fact that it was not on our records indicated that Desi had built this nest herself. Moreover, the nest appeared untidy, as though it had been built by an inexperienced orangutan.

On 26 January, the team set out to locate Desi once again. This time, not far from feeding platform #2 where Desi was seen previously, the team found a new, medium-sized nest in the top of a Dracontomelon dao, or New Guinea walnut tree, between 5 and 10 meters from the ground. It had a neat shape. We suspected this was also Desi's work, as in the previous few days she had often been spotted in the area. We found Desi shortly after, sitting up in a Ficus sp. tree not far from the nest. 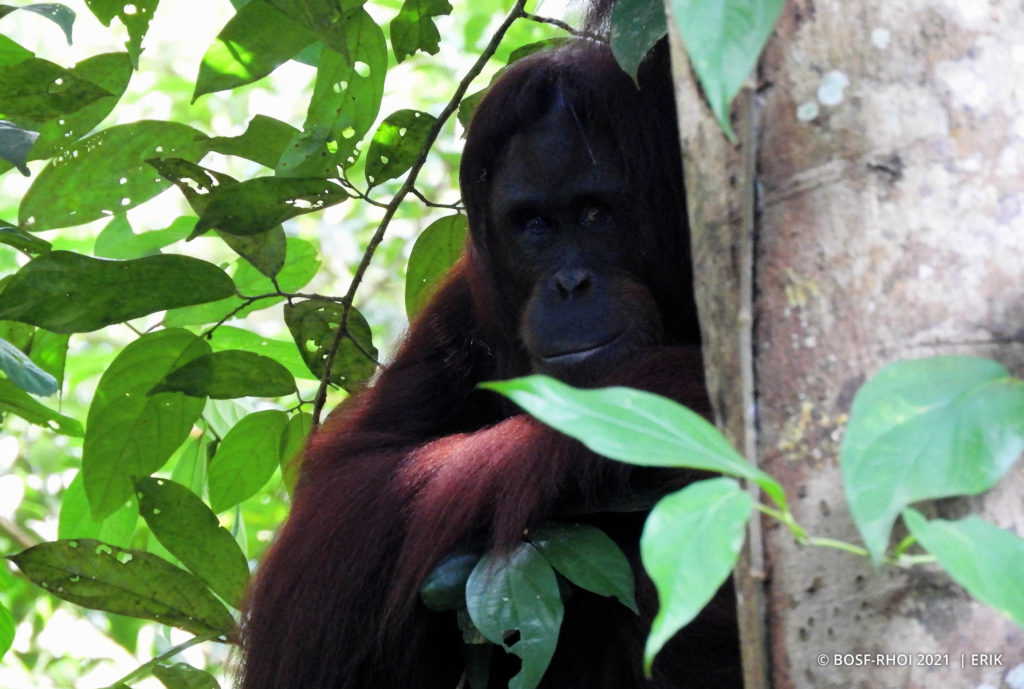 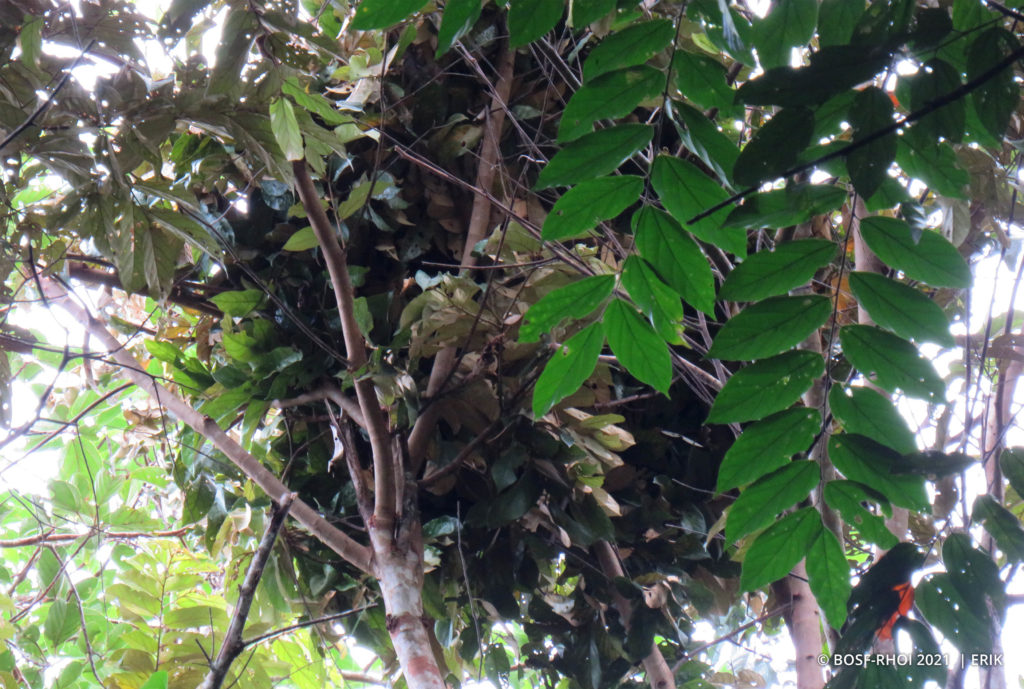 Despite not seeing Desy build a nest with our own eyes, we believe her new nest-building skills can be attributed to the presence of wild orangutans. We think that Desi, who spends a lot of time with the wild orangutans, has been watching them closely and has started to mimic their actions. This is one of the best way for orangutans to learn, as shown in the excellent progress that Desi has made over the 18 months she has lived on Juq Kehje Sewen Island.