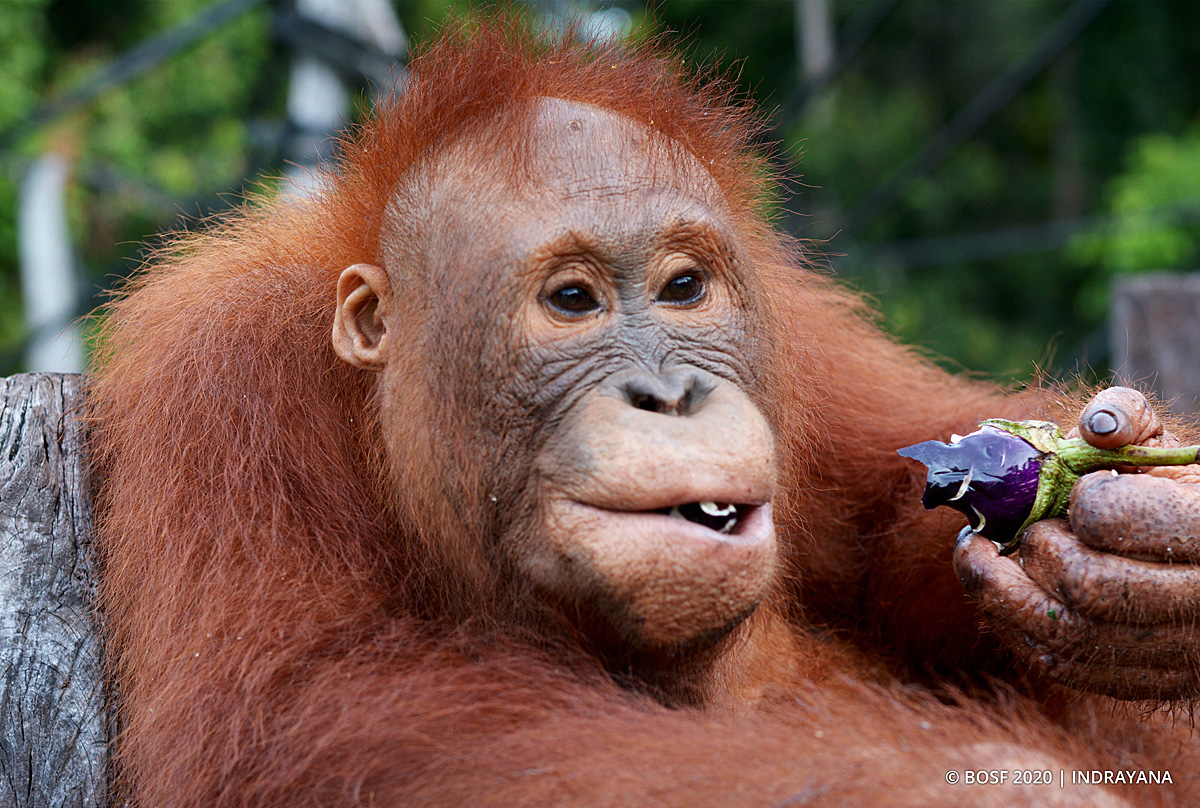 June 3, 2020 — Being a part of the BOS Foundation team certainly has it challenges. However, our dedicated surrogate mothers end every long, muddy, and sweaty day with new, fond memories of orangutan antics. As Dessi recollected last year, working at the Nyaru Menteng Forest School, she wanted to share one of her most treasured, and hysterical, memories:

“Buah yoooo! Beni, Valen, Noni, Lala! Buah yooooo,” the surrogate mothers called out to the orangutans in Nyaru Menteng’s Forest School Group 5, to let them know that fruit was ready to eat.

In no time, one orangutan after another appeared. Suzanne, Lala, Kejora, and Langit quickly climbed down the tall trees they were playing in; and from a different direction, Noni, Yutris, Valentino, and Meryl were closing in. That day, the surrogate mothers had brought lanjung bags filled with bananas, melons, and corn as that day’s afternoon meal. 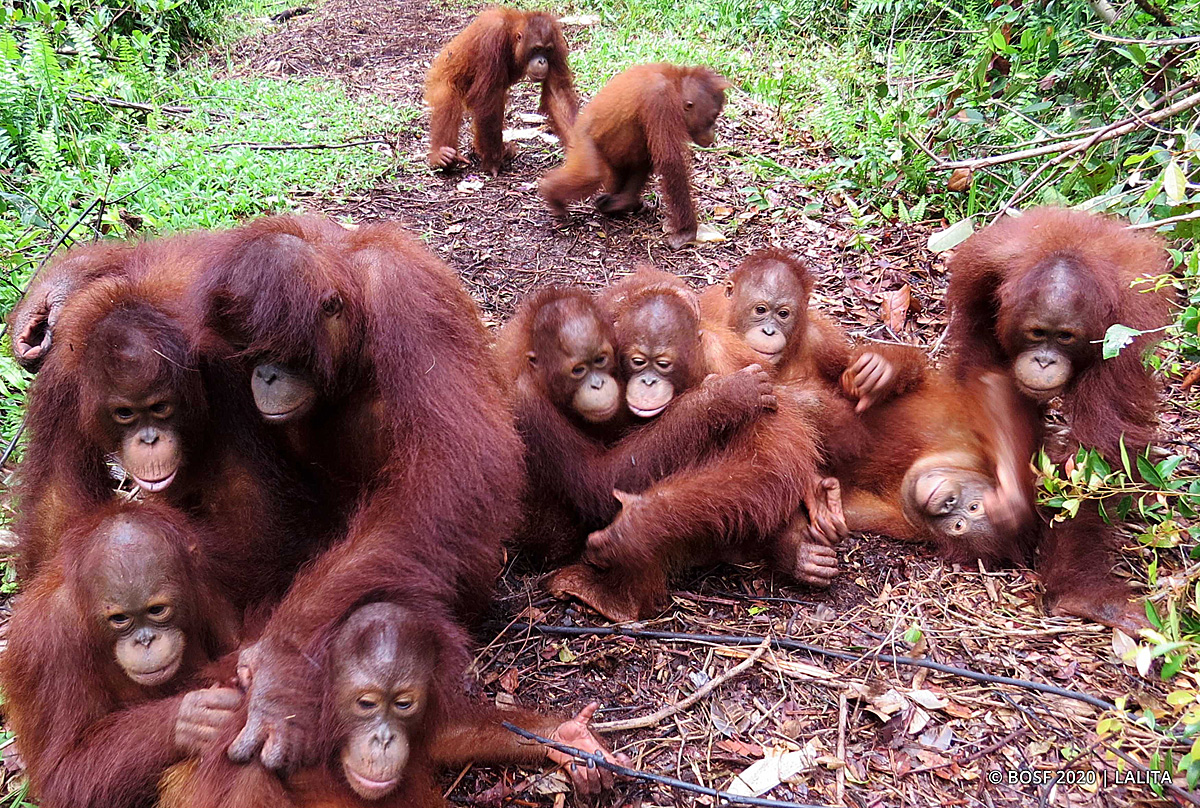 All of a sudden, Noni rushed forward. She was looking back over her shoulder, seemingly terrified! The other orangutans were curious and looked in the direction of the bushes where Noni had come from. The bushes were thick and tall, and behind them was a deep puddle that the younger orangutans usually steer clear of.

After taking a closer look, Suzanne, Lala, Langit, Kejora, Noni, Yutris, Meryl, and Valentino quickly fled from the bushes and hugged one another for comfort. Angkasa and Taymur, who had just arrived, also rushed toward the surrogate mothers in a panic. Behind them, there was the sound of splashing water.

This intrigued the surrogate mothers, and one of them went to check out what was really bothering the orangutans.

When the surrogate mother saw what all the fuss was about, she laughed her heart out! It turned out that the creature playing in the puddle was not terrifying at all – it was Beni! He was enjoying a dip in the cool water, but somehow had managed to scare the wits out of his buddies from Group 5. 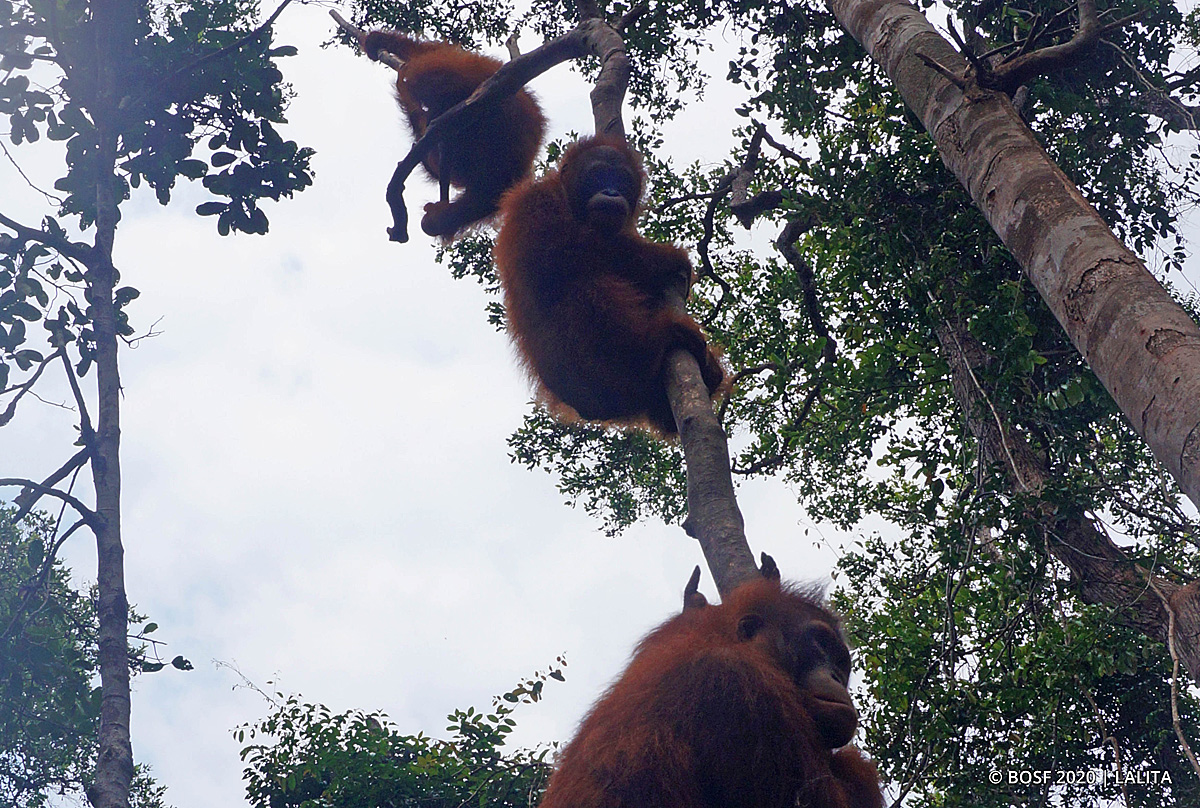 Oblivious to his frightened friends, Beni dipped deeper into the puddle and splashed about. Finally, after the commotion had subsided and everyone was busy eating, Beni calmly appeared from behind the bushes and re-joined the group, as if nothing had happened.

Beni, you really are something else! 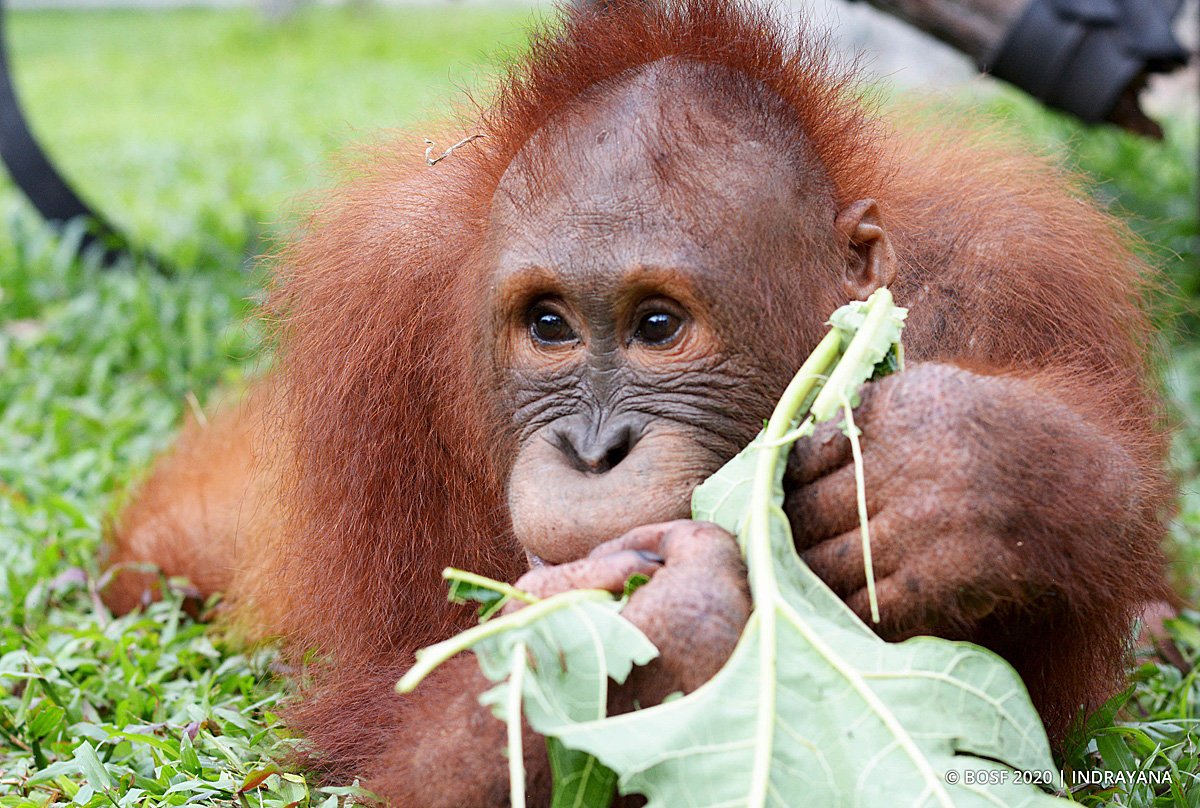