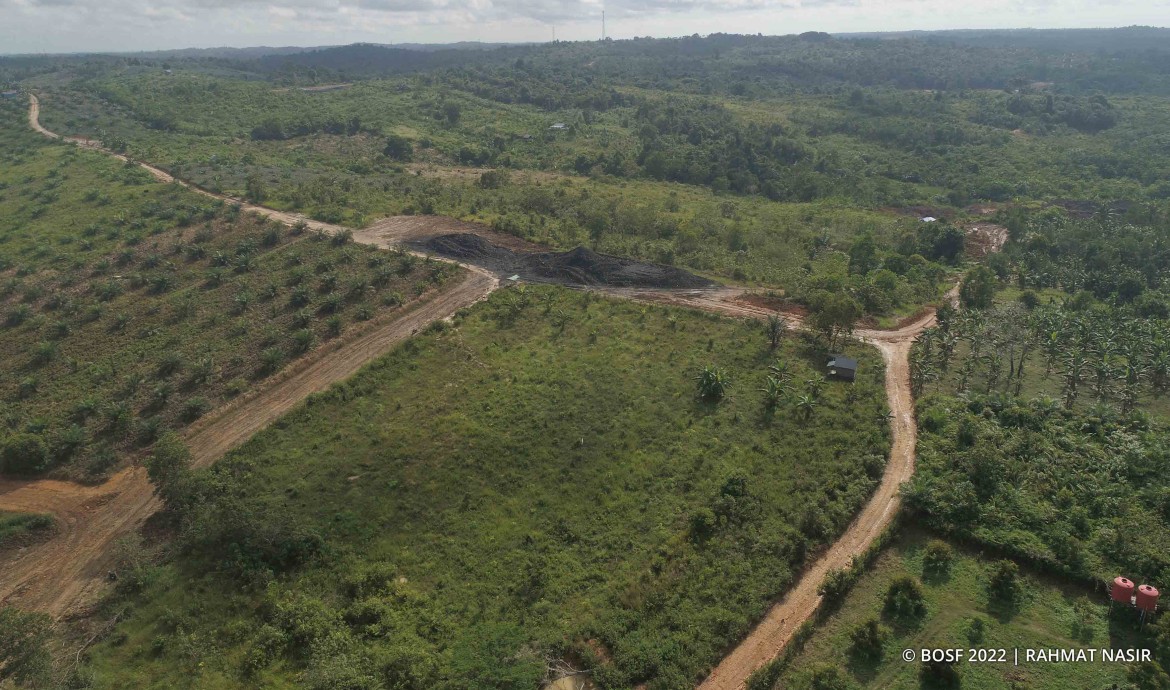 The plan to develop the new capital city (IKN) of Nusantara which was launched by the Indonesian government has become a hot discussion topic on a national and international level. An area of 56,180 hectares spread in two regencies in East Kalimantan Province, namely North Penajam Paser and Kutai Kartanegara, will be converted into a capital city with a concept of green and environmentally friendly metropolitan.

Apart from difficulties we regularly face in orangutan rehabilitation activities, the biggest challenge that frequently occur at Samboja Lestari are encroachment and forest fires. As happened in late September 2015, Samboja Lestari was hit by a severe fire that consumed several hectares of secondary forest land. The event presented a story of the struggle against fire involving hundreds of Samboja Lestari employees assisted by local officials and fire-fighting teams from several agencies for about 10 days. The blazing fire can only be completely subdued after Manggala Agni, a special firefighting team from the Ministry of Environment and Forestry, was sent to the location to help.

To the Samboja Lestari team, the land encroachers said that they were digging some fish ponds and preparing fields for agricultural purposes. They also admitted that the activity was supported by the Kalimantan Maju Sejahtera (KMS) Cooperative which was chaired by a person with the initials FS.

At the end of that month, the Samboja Lestari team once again found heavy equipment activity in the same location. To resolve this problem, the Samboja Lestari management reported this land encroachment to the Head of the Amborawang Darat Village and the Samboja local police. Our team's further investigation showed that this KMS Cooperative had obtained a work permit from the local Land Agency. Later, the ongoing encroachment was found to make the land into a coalmine.

The management of Samboja Lestari has offered to solve this matter through a mediation to the KMS Cooperative several times, but so far, we have not received a response. The Samboja Police suggested that we take this particular approach before proceeding with a civil lawsuit. Given that Samboja Lestari is operating under the permit of (Forest) Area for Other Use (Ind: APL), the land use in the orangutan rehabilitation center must prioritize the aspect of environmental protection, way ahead of extraction functions, such as mining.

The BOS Foundation hopes that the upcoming development of the new capital city IKN Nusantara with an environmentally friendly concept will help uplift the protection of orangutans and their habitat like the effort we are doing in Samboja Lestari.