From Dresses to Trees: Another Baby Rescued 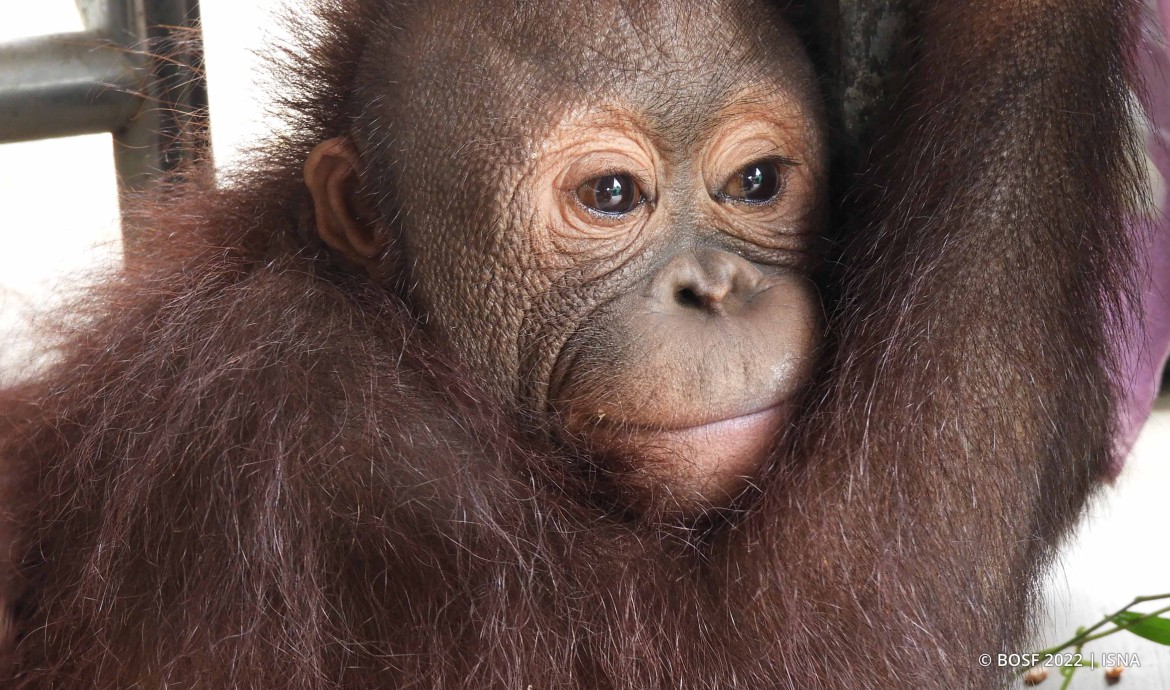 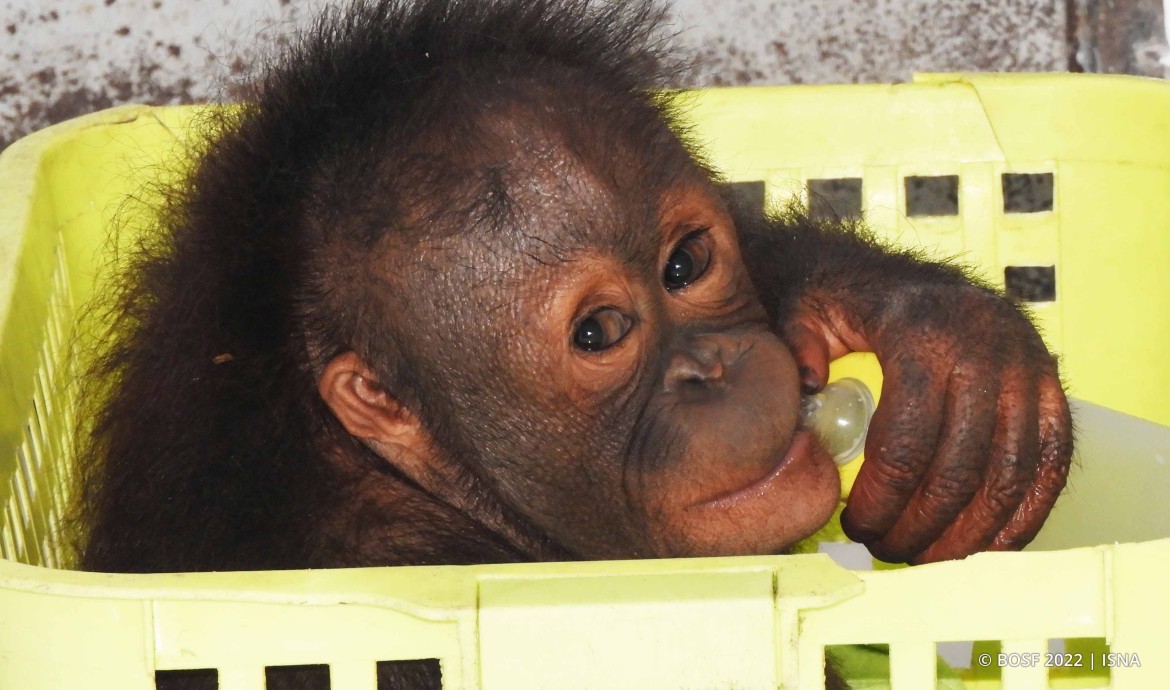 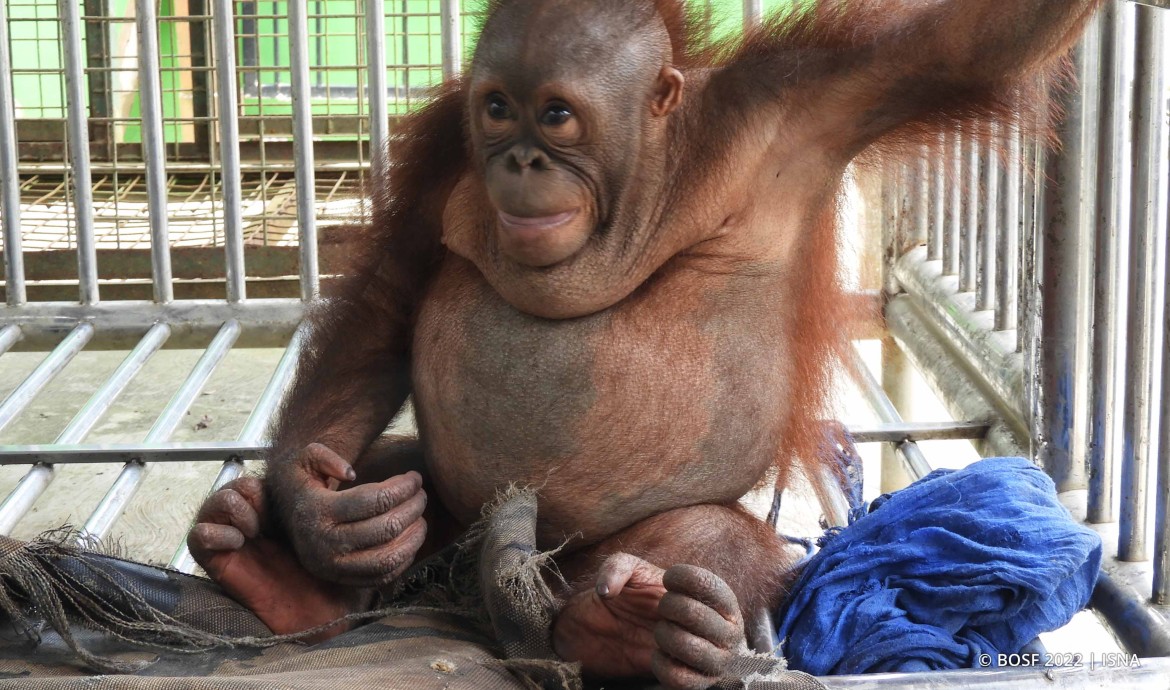 The BOS Foundation’s Samboja Lestari Orangutan Rehabilitation Centre recently took in another baby orangutan from the BKSDA Regional Conservation Division (SKW) II of Tenggarong. Our team - consisting of a veterinarian, surrogate mother, and communications staff member - collected the female baby orangutan on September 14 and took her back to the centre to be assessed.

According to a statement from Pak Witono, a representative of the Tenggarong BKSDA, the baby orangutan was surrendered by residents of Kongbeng District, East Kutai Regency. On September 13, East Kutai Police officers reported that a local resident was illegally keeping an orangutan as a pet. The police appealed to the resident to hand over the orangutan to the BKSDA.

According to a statement from the woman, she had kept the female orangutan as a pet for around 18 months, after allegedly finding her without a mother when she went to work in the fields. The orangutan had been fed a diet of milk, mangosteen, and sometimes rice. The resident had also regularly bathed her in warm water and dressed her like a human child. The woman and her husband admitted that it was hard to let the orangutan go, but they realised that it was the right thing to do.

The baby orangutan was immediately handled over and examined by our veterinarian, Damar Pramesti Kusumarini. She had no visible injuries but was overweight, which affected her ability to breathe regularly through her nose. A dental examination revealed that she was about two years old. The baby girl was initially scared of our veterinarian and surrogate mother; she clung to a pole and cowered when they tried to approach, and even rejected the milk they offered her. According to the BKSDA team, she would only drink strawberry-flavoured milk.

After the initial examination and handover, our team took the baby orangutan to the Samboja Lestari Orangutan Rehabilitation Centre, where she was placed in the nursery with other babies of the same age. On arrival, she still looked scared and would only hug the legs of a table. After calming down somewhat, she accepted being placed in a basket. Our team was then able to weigh her and found out she weighed 15 kg. The team discussed placing her on a diet to get her weight to a healthy level.

This newest arrival will undergo further examinations and monitoring, to ensure her optimum health and well-being, but we will be supporting her every step of the way as she adjusts to her new life!