11 September 2013 -- A very special guest visited BOS Nyaru Menteng this past week. On Thursday, September 5, Hollywood A-list actor Harrison Ford visited Nyaru Menteng along with his team as part of their documentary film “The Years of Living Dangerously”.  Harrison was accompanied by a wonderful team including their Producer, 7 times Emmy Award winner Solly Granatstein and esteemed Scientist and President of COnservation International, Russ Mittermeier. 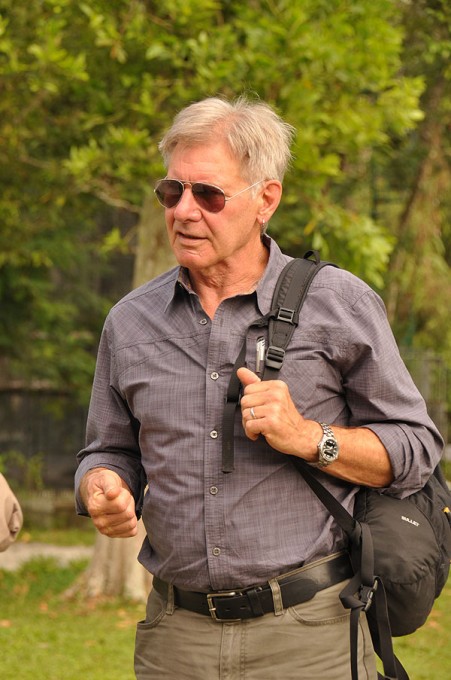 Harrison and his team filmed at several locations in Nyaru Menteng, including the orangutan clinic, pre-release islands Kaja and Bangamat, the Nursery group, Forest School and the Nyaru Menteng Complex 2.

Accompanied by Anton Nurcahyo (Nyaru Menteng Program Manager), Jamartin Sihite (CEO of BOSF), and BOSF Senior Advisors Jacqui Sunderland-Groves and Lone Droscher Nielsen, Ford was very enthusiastic and genuinely cared about the orangutan conservation effort by the BOS Foundation.  Before shooting, he would ask about the background of the orangutan and really grasped the magnitude of the challenges facing orangutan conservation efforts in Indonesia. He was also extremely friendly and courteous, taking time to greet the technicians and babysitters he met during the filming process in Nyaru Menteng. 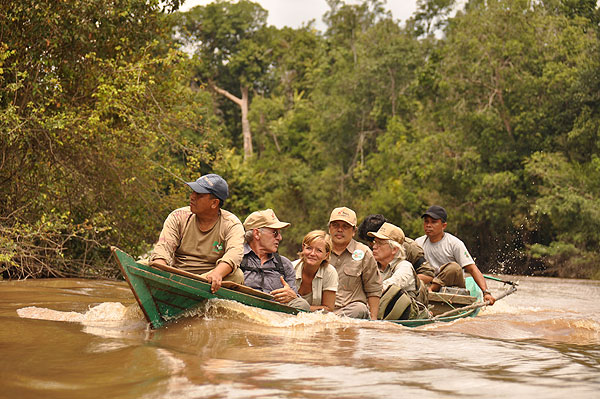 Harrison Ford is  clearly concerned with environmental conservation efforts and the overall protection of wildlife.

During his visit to Nyaru Menteng, he witnessed the entire rehabilitation process  and what it takes to be able to release an orangutan back into the wild; from quarantine and baby school, to different levels of forest school and the pre-release islands.

Harrison joined the staff in Nyaru Menteng to learn more about the results of deforestation in Kalimantan.  Orangutans are currently under severe threat from habitat destruction through logging, fire and conversion of forests to oil palm plantation and mining land-uses, and from hunting either for meat or for the illegal pet-trade existing in both Indonesia and Malaysia, with demand from overseas. It is estimated that the Bornean orangutan population (Pongo pygmaeus) has declined by 75% since 1900 and as such current population estimates suggest that in Borneo, orangutan numbers are approximately 54,000.  With a continued decline in numbers and given the immediate threats to their habitat, the Bornean orangutan is classified as Endangered and protected by national and international law. 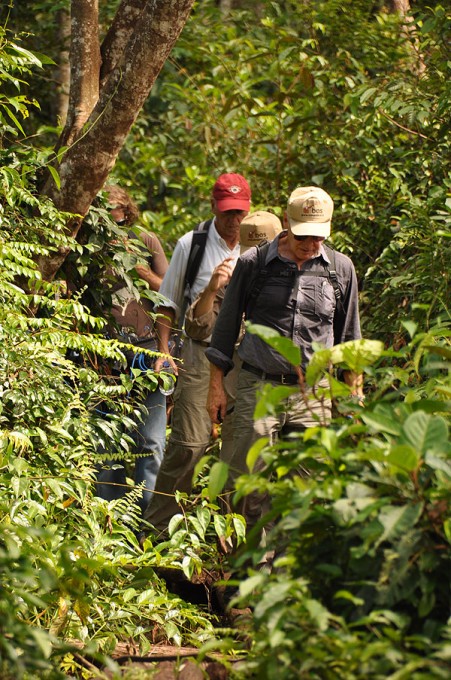 Without forests orangutans clearly cannot survive.  And without land, the BOS Foundation cannot reintroduce all the orangutans back to natural habitat in order to establish new, viable wild populations.

Harrison voiced his concern regarding the orangutans who have graduated from Forest School, but who may not be able to be released back into the wild, due to the availability of appropriate forest which can serve as their habitat. Such concern is the reason the BOS Foundation through our Orangutan Habitat Restoration program purchased the license fee for a forest under the Ecosystem Restoration scheme to provide safe, suitable habitat for their orangutans. The BOS Foundation has to ensure a future and the long-term survival of the orangutans currently being cared for at their reintroduction centers.  Having to buy land, on top of all the rehabilitation costs incurred results in a very expensive process. Harrison clearly understood that the effort to conserve orangutans is a price that needs to be paid due to forest destruction. 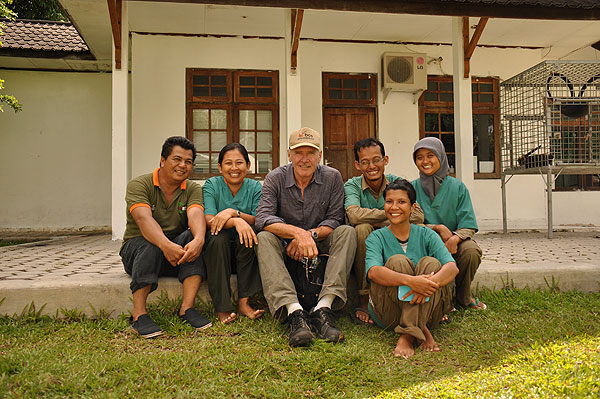 In the afternoon, after the filming was over and before the team left Nyaru Menteng, Harrison planted a Banyan tree (Ficus benjamina, sp) at the Nyaru Menteng 2 Quarantine Complex, as a memento from his visit to Nyaru Menteng. 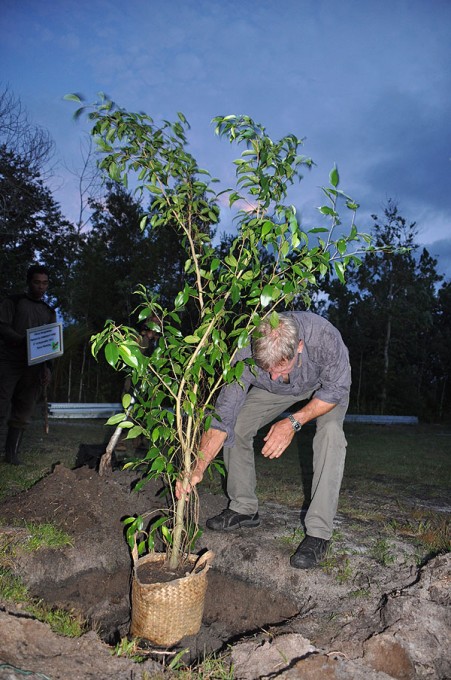 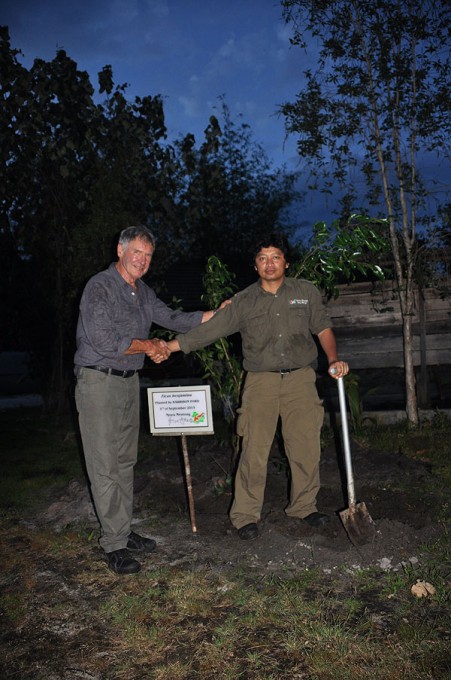 Thank you so much for visiting BOS Nyaru Menteng, Harrison! Hopefully your visit will help more people understand the importance of both forest and orangutan conservation.