The BOS Foundation recently received three, orphaned baby orangutans - two males and a female – in the same month. After passing the compulsory quarantine period, all three orangutans joined Forest School with other youngsters their age: Segi joined the small nursery group, while Rabia and Spencer joined the larger nursery group.

We invite you to meet all three of these precious young orangutans. 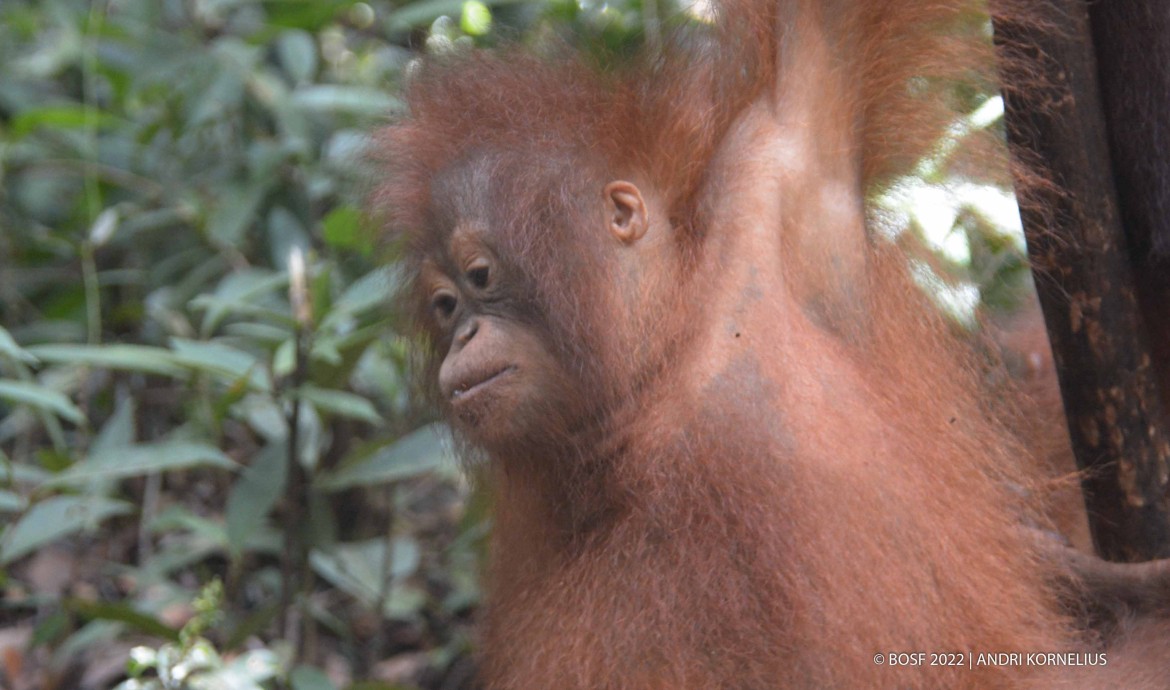 Rabia: The Daring One

Before being handed over to the authorities, 2.5-year-old Rabia had been held captive for two years by residents of Batapah, in Kapuas Regency. Due to being confined to a small cage for such a long period, he had trouble walking and moving his body when he was rescued. He could only take a few steps before falling over. Before rescue, Rabia had been fed a diet of rice, chocolate-flavored condensed milk, and other human foods not suitable for orangutans. When he first arrived, he was very friendly and it was obvious that he was used to human contact. Despite the living conditions he was found in, Rabia was relatively healthy; even his hair was thick and clean.

At first, Rabia had some difficulty socializing with other orangutans. However, he has since turned a corner and is very friendly toward his peers. Rabia is now able to climb trees and actively explore the forest. Occasionally, he will taste-test young foliage. He is becoming bolder and has even started stealing fruit from the surrogate mothers, especially his favorite – bananas! Rabia also bravely explores the surrounding areas of Forest School, but will not wander too far away. 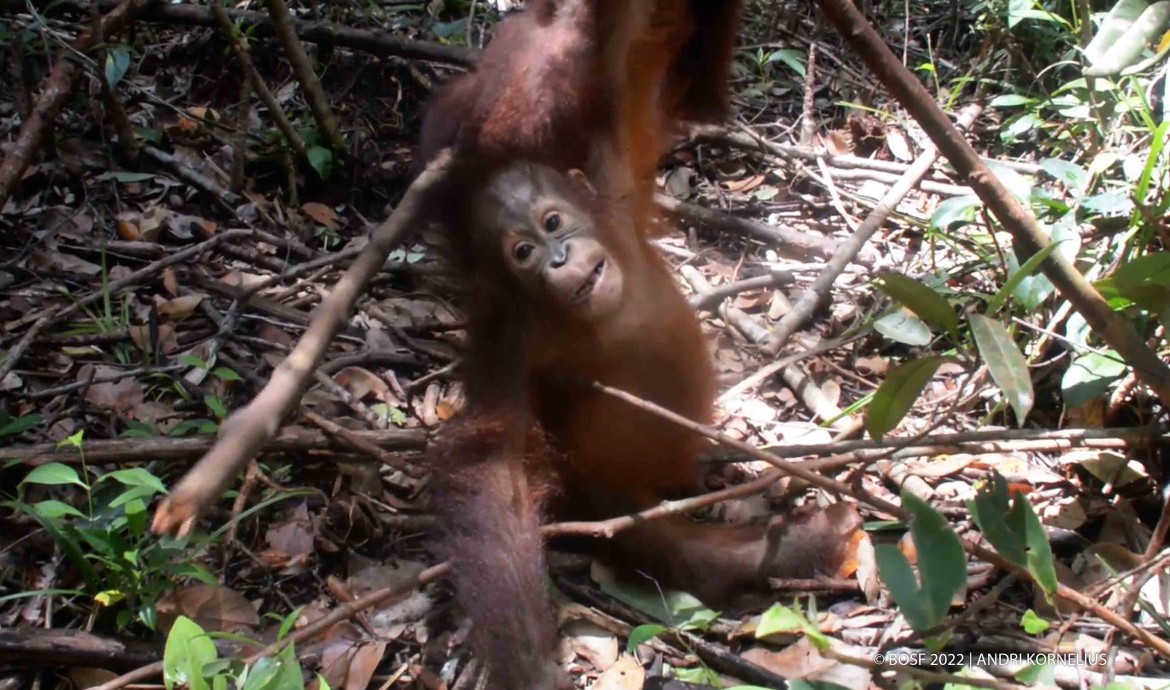 Segi: The Little, Independent One

Segi, an 18-month-old female orangutan, was surrendered to the BKSDA Division in Muara Teweh, Central Kalimantan, by residents of North Barito Regency. She was quite healthy upon her arrival at the Nyaru Menteng Orangutan Rehabilitation Centre and weighed in at 2.3 kg. She had some minor abrasions on her head, back, and left hand. Segi was allegedly found without a mother by residents who were on their way to work in the fields, near Lemo II village. Before she arrived at Nyaru Menteng, Segi was briefly homed by the Kalaweit Foundation.

In Forest School, Segi is now honing her tree-climbing skills and loves exploring. She is very independent for her age, although she still enjoys receiving attention from the surrogate mothers. While Segi prefers to be alone, she is occasionally seen playing with other young orangutans, such as Kinan, Avo, and Kalanaman. Of the orangutans in her small group, Segi is without doubt the smartest – as evident from her amazing climbing skills! 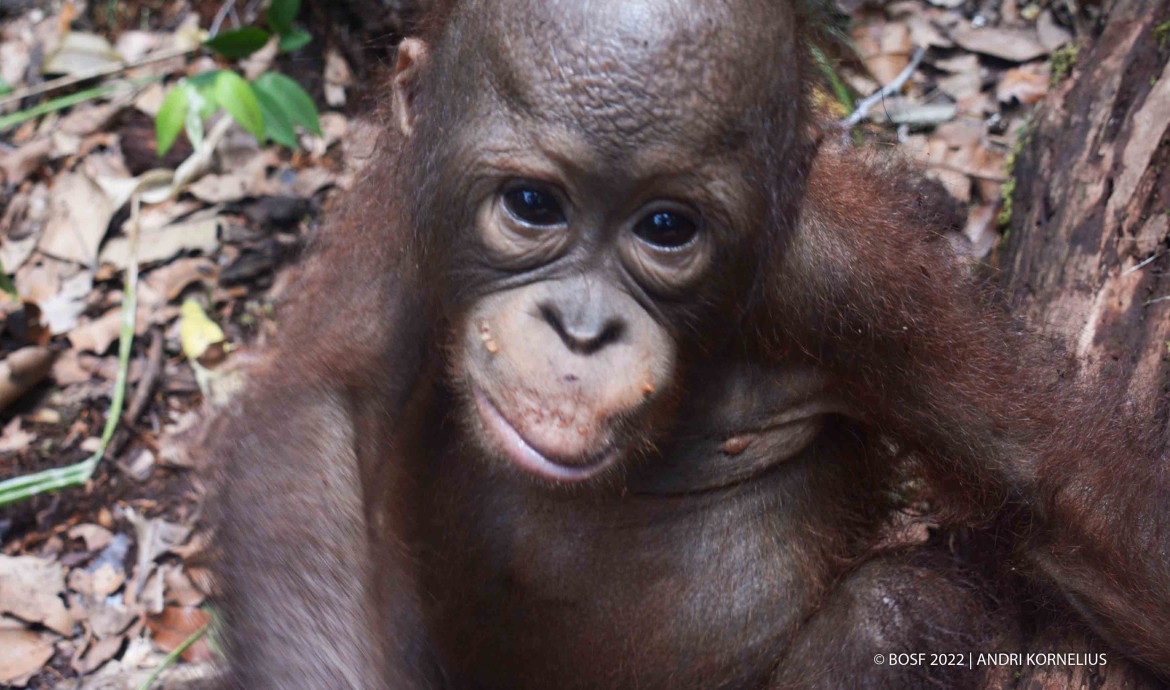 Spencer: The Hefty One

Spencer, a 2-year-old male orangutan, was allegedly found in the woods behind the house of a resident of Pujon. He was kept for two months and fed a diet of condensed milk, instant baby porridge, and bananas. When he was rescued, he had long hair and was overweight at whopping 6.8 kg.

When his peers are given soy milk, Spencer was offered formula milk as he was not used to soy milk. Our dedicated surrogate mothers are slowly getting him to drink soy milk, to wean him off the formula. Spencer is now learning to be more independent and is starting to explore the areas around Forest School. Every now and then, he will play alongside Alex and Jeni. Spencer is not a dominant individual, so fruit is often snatched out of his hands by others. The surrogate mothers hold back from helping him when this happens, as Spencer needs to learn to defend himself if he is ever going to live in the wild.

We believe these three orangutans will be able to smoothly move through the rehabilitation process, facing its challenges and learning valuable lessons at Nyaru Menteng. Our job is to ensure they reach the final stage, so that one day in years to come, they will finally be released back into the wild.