MEET TOPAN!
Brave little Topan is now a member of our youngest group in the Forest School’s Nursery. Initially, she was uncomfortable around humans and other orangutans and avoided socializing. However, she has slowly grown to become a friendly nursery student and a brave little climber, who shows little hesitation when ascending tall trees or dangling from high branches. Topan is comparatively smaller than her peers, yet hugely courageous!

BACKGROUND STORY
Topan was rescued on October 13, 2017, and arrived at Nyaru Menteng in a very weak state after being found by local villagers near a river. She was severely dehydrated, malnourished, and dangerously underweight at only 1.5 kg. After spending a few days in our intensive care unit, Topan’s condition improved, and she was able to join other babies in the quarantined section of the Baby House. Thanks to the dedication and loving care of our Nyaru Menteng team, Topan is slowly regaining her health and confidence.

YES! I want to adopt Topan! 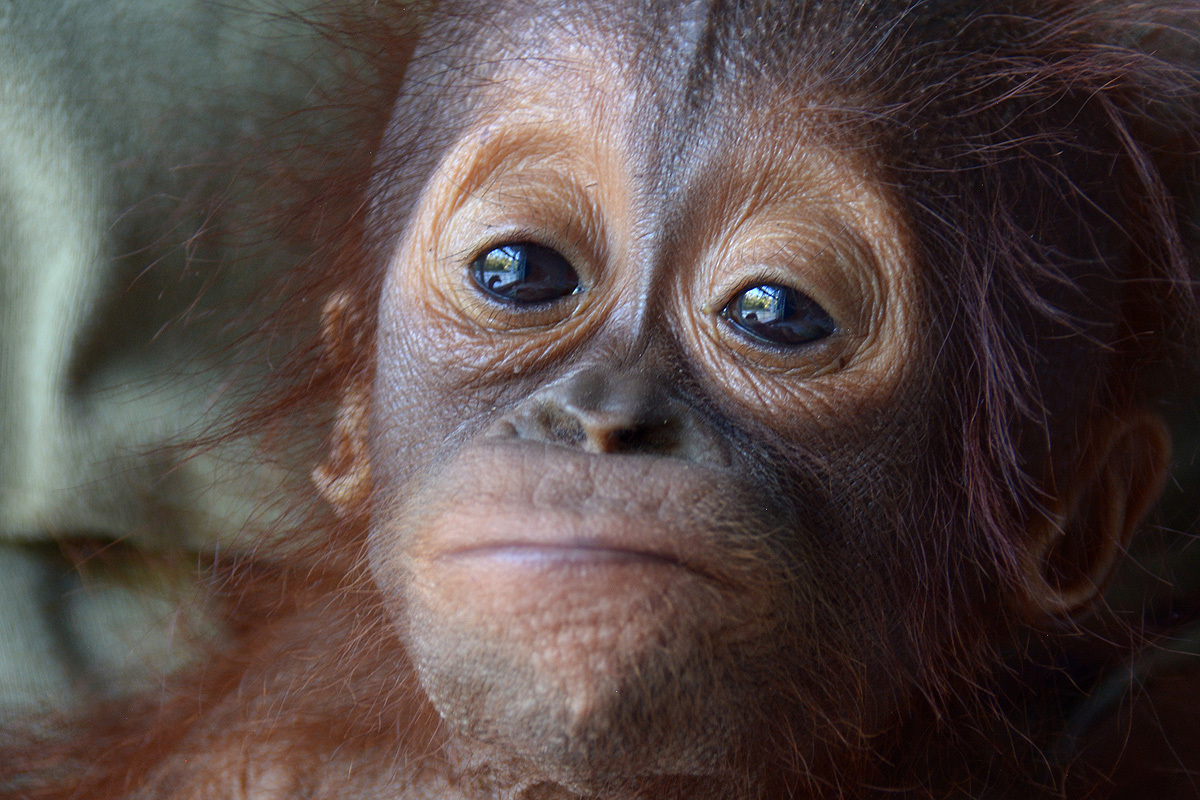