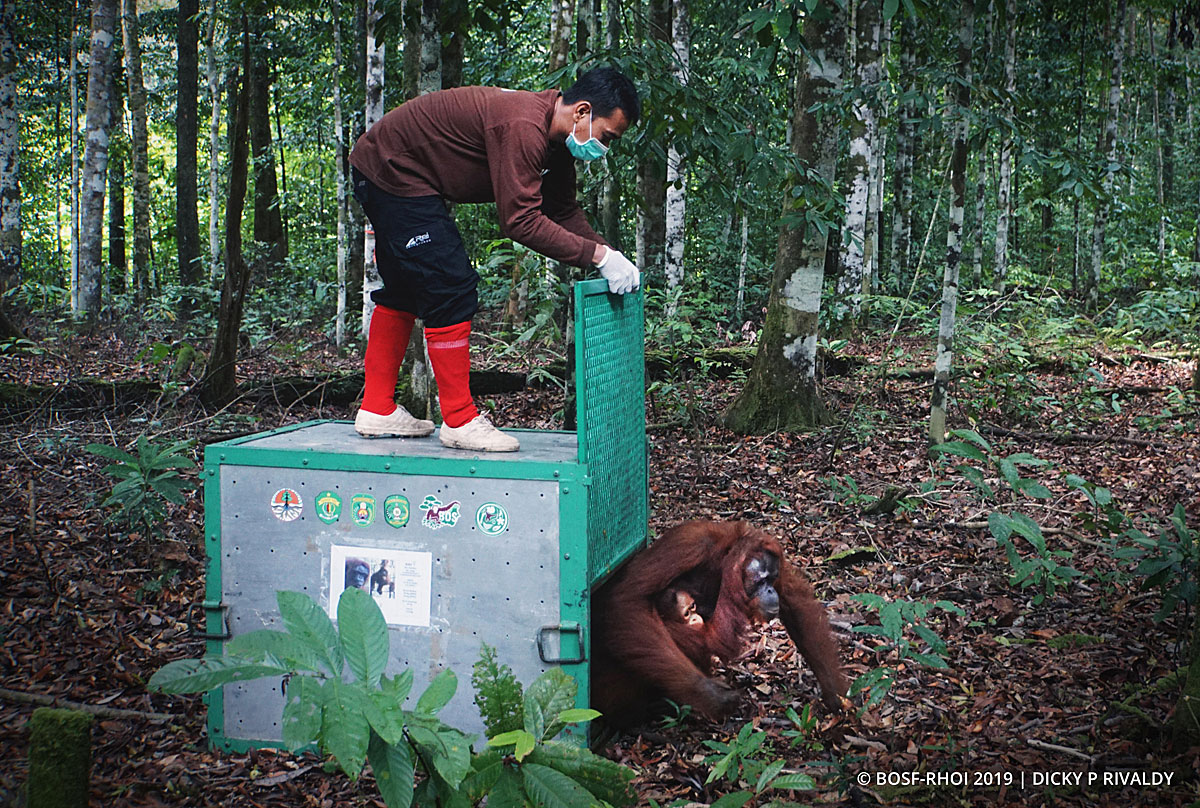 Sept 4, 2019 — Following the successful release of 24 orangutans to natural forests in the first half of the year, on 27 August, the BOS Foundation resumed its #OrangutanFreedom effort by returning four more orangutans to the Kehje Sewen Forest in East Kutai Regency, East Kalimantan. The group, consisting of one male and three female orangutans, included a family: mother Riki and her two daughters, Febri and Rini. The four lucky orangutans departed from BOS Foundation’s Samboja Lestari Orangutan Rehabilitation Centre on 26 August 2019 and were released the following day.

On Monday 26 August, our medical team arrived at the Socialization Complex to prepare the orangutans. The team began the sedation process at around 7 a.m. starting with Febri, followed by Riki and then Misri. Lastly, four-year-old Rini was moved to her transport cage without the use of sedation. The whole process only took around 30 minutes to complete. 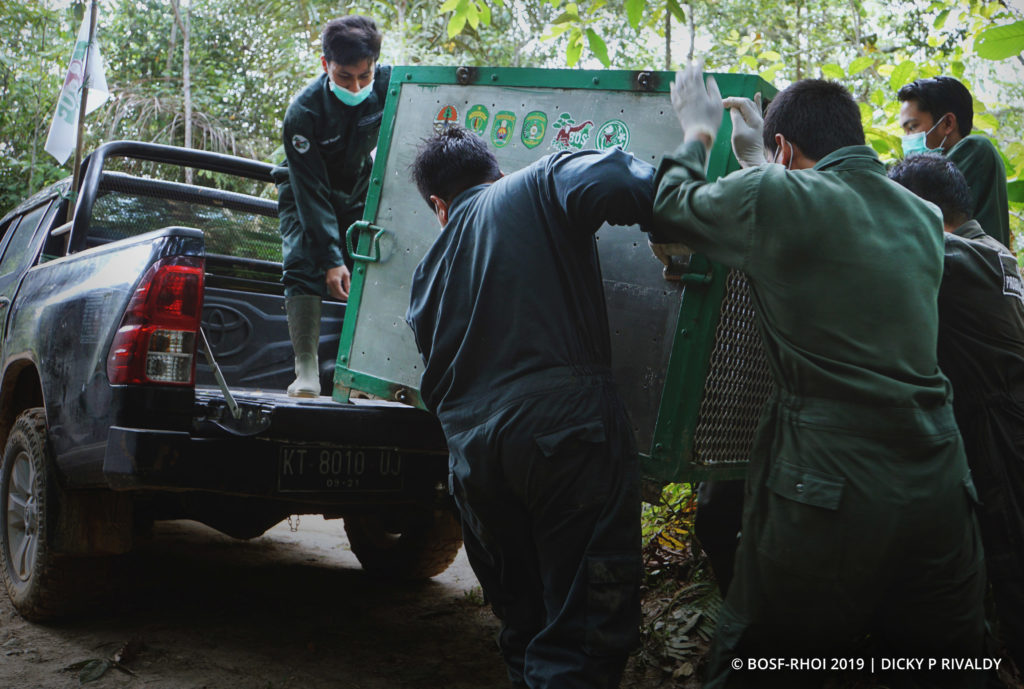 Transport cages carrying the orangutans are prepared for transport

The release team transporting the orangutans departed from Samboja Lestari at 9 a.m. and began their journey to the Kehje Sewen Forest. The trip took nearly 17 hours, with regular stops every two hours to check on the orangutans. 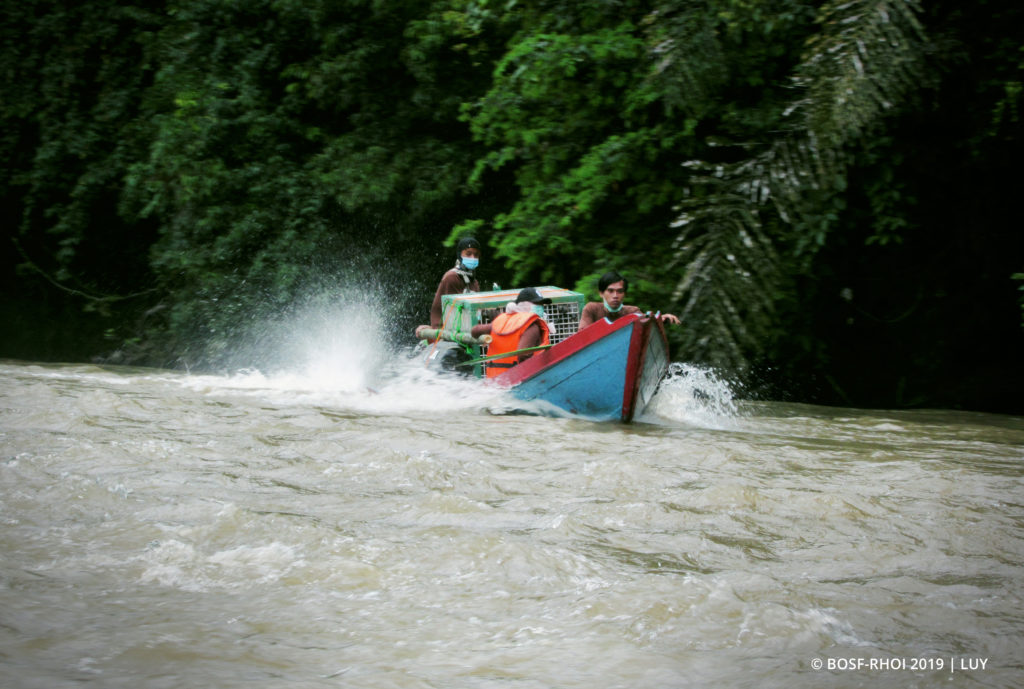 Good News from the Forest

At 9 a.m. the following morning, at the BOS Foundation’s headquarters in Bogor, West Java – some 2,500 kilometers away – staff received a message stating that all four orangutans had been successfully released! Febri was the first to taste true freedom, followed by Misri, and mother Riki. Rini, the youngest of the group, was released last. 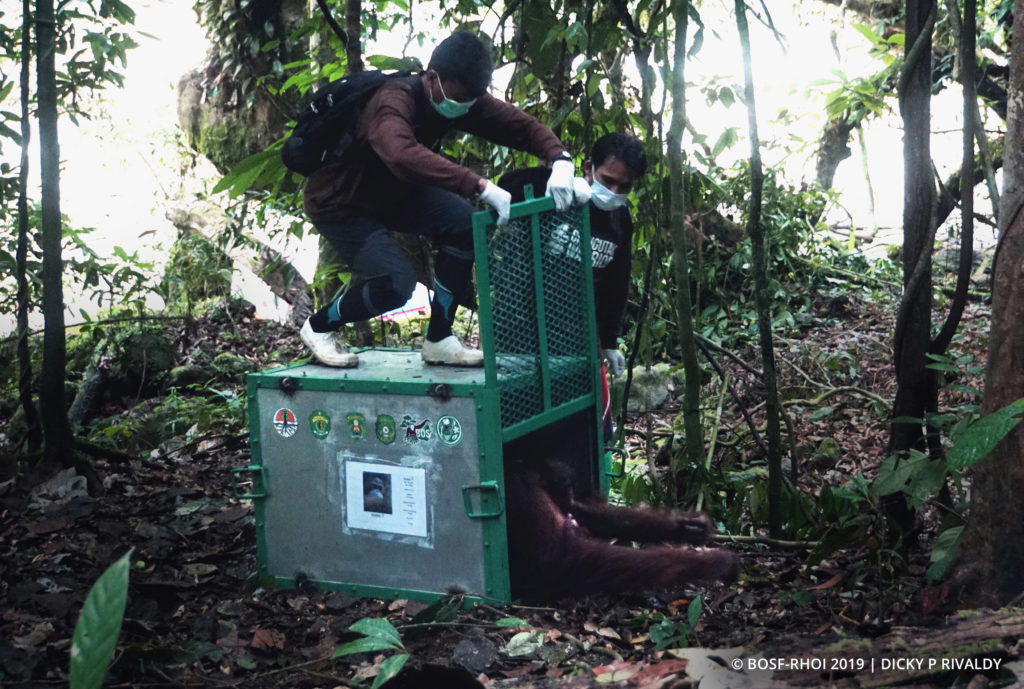 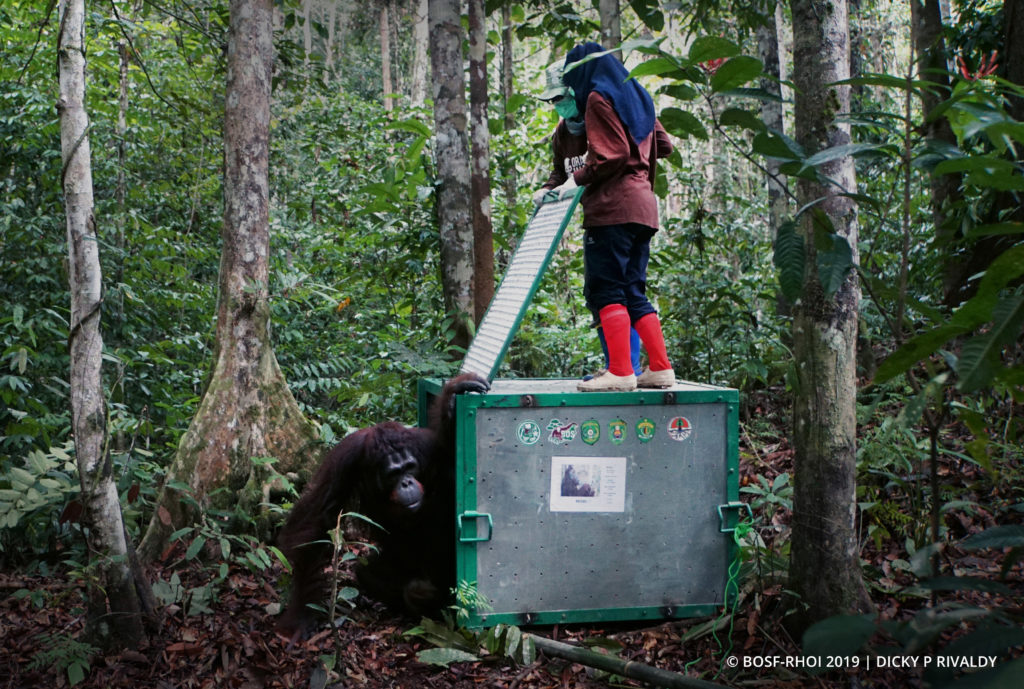 This release also marked the return of yet another orangutan family – Riki, Febri, and Rini – to the forest. Mother Riki and her firstborn, Febri, were previously exploited as entertainment animals at Ancol Water Park, Jakarta, before being rescued by the BOS Foundation team on 17 August 2006. At their time of rescue, Riki was 13 years old and Febri was just two. Sadly, Febri was separated from mother Riki since birth. This meant that the mother-daughter pair had no choice but to undergo rehabilitation separately. After completing the quarantine period, Riki was placed in Socialization Complex B, while her daughter, Febri, joined Forest School to learn natural survival skills.

Nine years later, Riki gave birth to a second daughter, Rini, on 5 July 2015. Not long after the birth, the two were placed on Pre-release Island 1, and then later moved to Pre-release Island 2. After years of rehabilitation, Riki, Febri, and Rini were ready to return to the forest. The three are now happily together in their new home, the Kehje Sewen Forest. 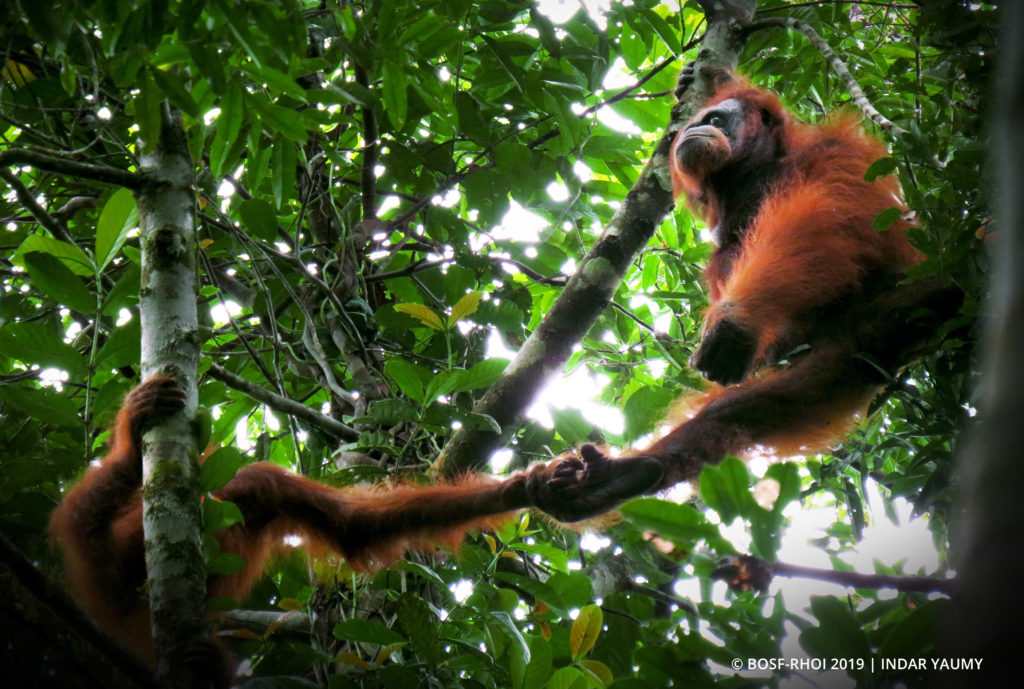 Riki and Rini in the Kehje Sewen Forest

This orangutan release is the 21st conducted by the BOS Foundation in East Kalimantan’s Kehje Sewen Forest since 2012, with the total number of orangutans released there now totaling 111 individuals.

The BOS Foundation greatly appreciates the support provided by the Ministry of Environment and Forestry, the East Kalimantan BKSDA, the government of East Kalimantan, and all stakeholders committed to the conservation of orangutans and their habitat. We would also like to express our gratitude for the moral and financial support given by our global partners and BCA to saving Bornean orangutans.