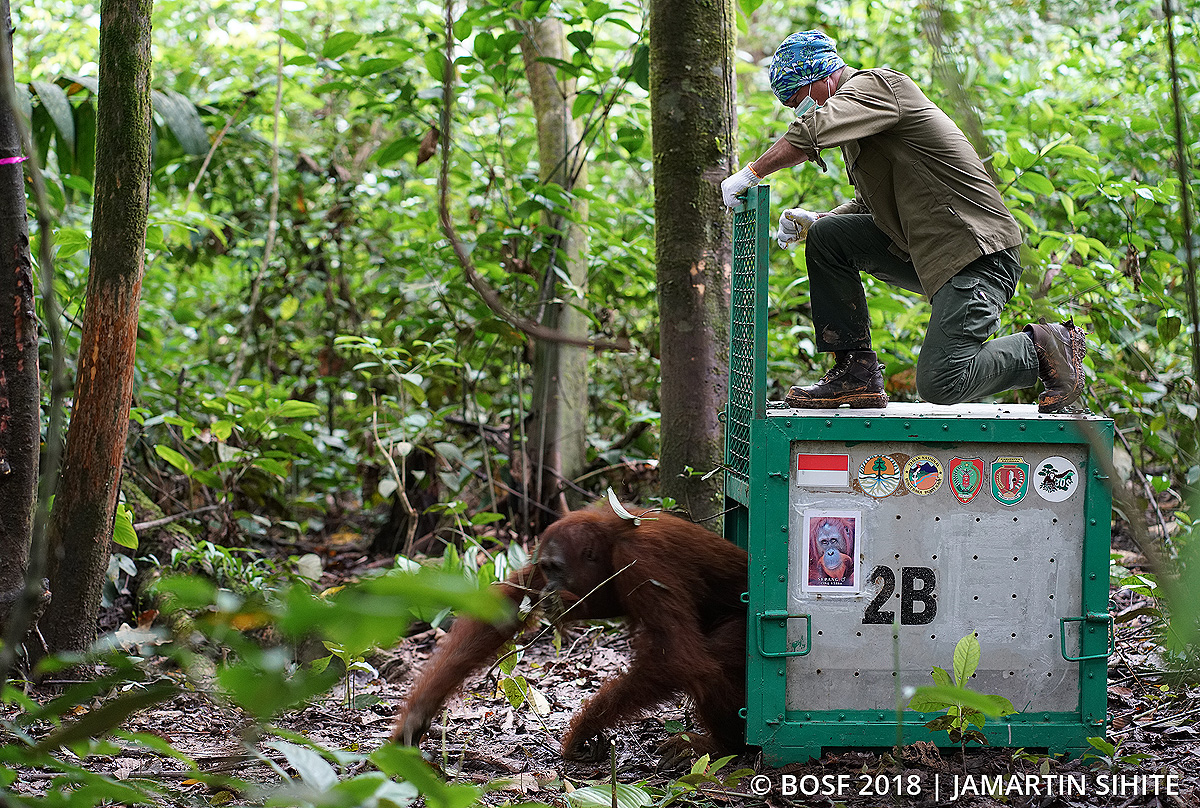 Late in the afternoon of 5 December, our medical and release teams conducted the delicate process of anesthetising the six release candidates at the Nyaru Menteng 3 Quarantine Complex. The release group included two male orangutans (Grendon and Sepang) and four females (Ranger, Mary, Gaia, and Ramin). Once asleep, the six orangutans were transferred into separate transport cages, and the team was ready to go.

Prior to departing from Nyaru Menteng Orangutan Rehabilitation Centre, the release team held a small briefing and closed with a prayer, hoping for a smooth trip. The team left in a convoy of four cars, and travelled through seasonal rain for 9 hours, at times negotiating slippery and muddy roads. In the final few kilometres heading toward Tumbang Tundu, the last village accessible by car, the dirt road had been transformed by the rain into a mud track. Our cars were repeatedly trapped, and after two long hours of hauling, the team finally arrived at Tumbang Tundu village before embarking on a 4-hour boat ride. 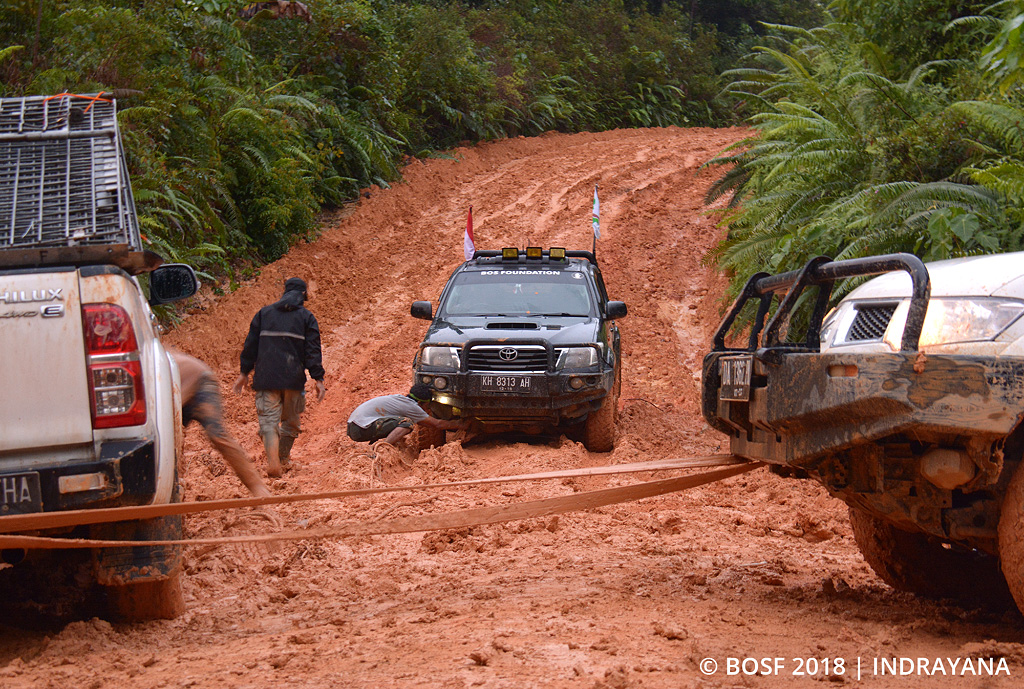 The team car gets trapped in a muddy track

As regulated by our reintroduction SOP, our medical team conducted regular checks on each of the orangutans throughout the trip to assess their condition, and to give them fruit and water to minimise stress. 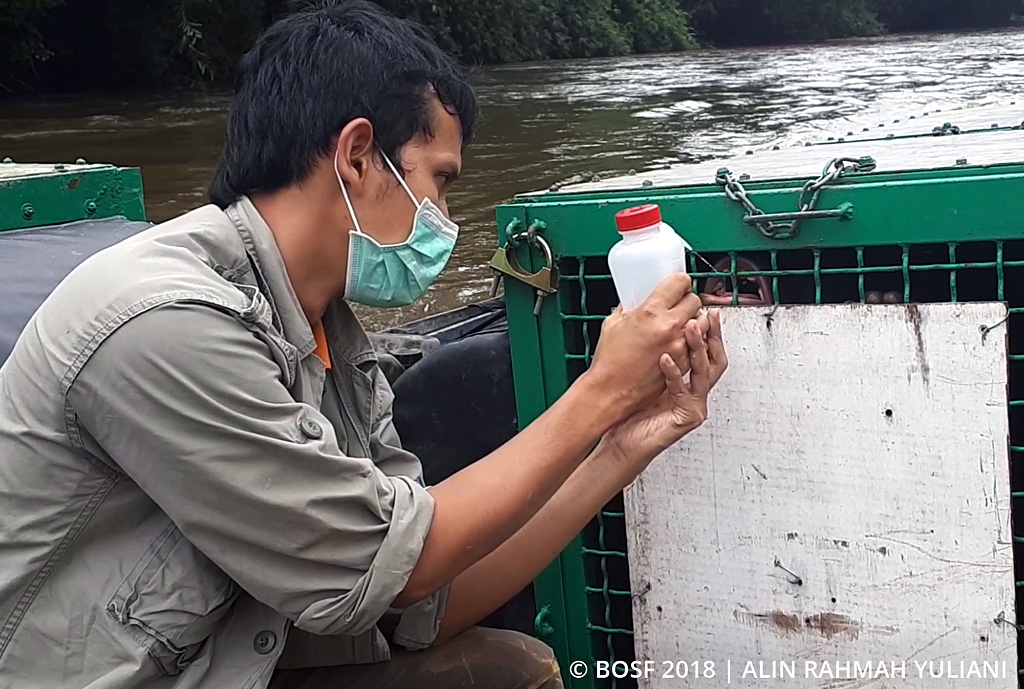 BOS Foundation vets check in on the orangutans during the trip

Grendon, the Star of Orangutan Diary, Returns to His True Home!

Deep in the forest, the Post-Release Monitoring (PRM) team from the Lewun Kahio Monitoring Post stood by at the release site to welcome the six orangutans. Immediately after the boats carrying the transport cages had arrived, the team wasted no time in lifting and carrying the cages to the designated release points. The team were on standby to begin collecting post-release monitoring data on the six orangutans. Ramin’s cage was the first to be opened, followed by Mary’s, then Ranger’s, then Gaia’s, and then Grendon’s. 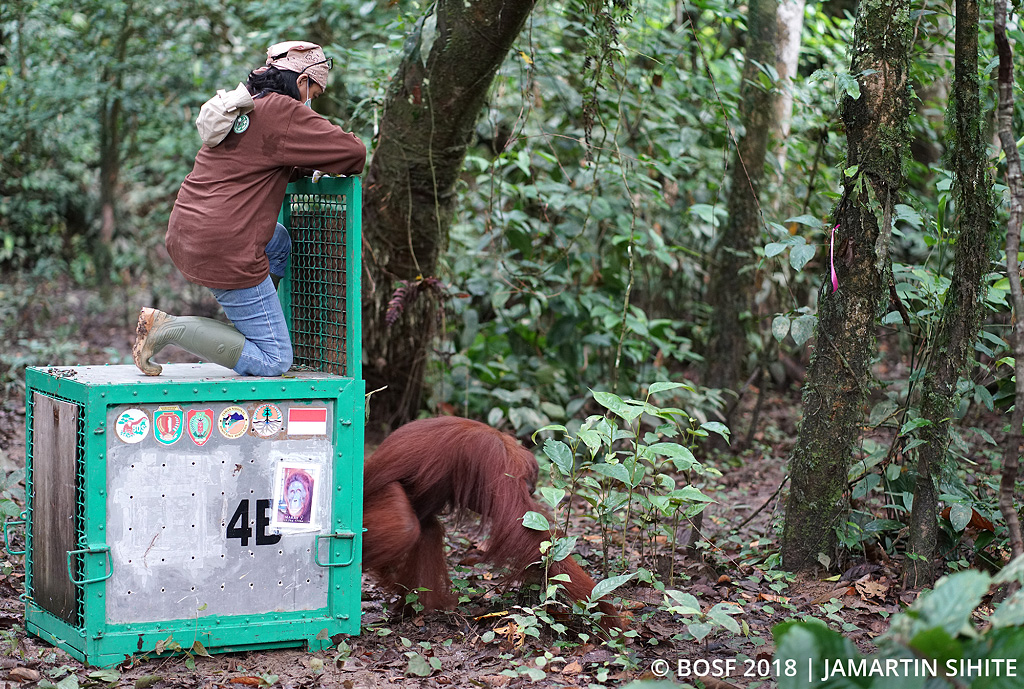 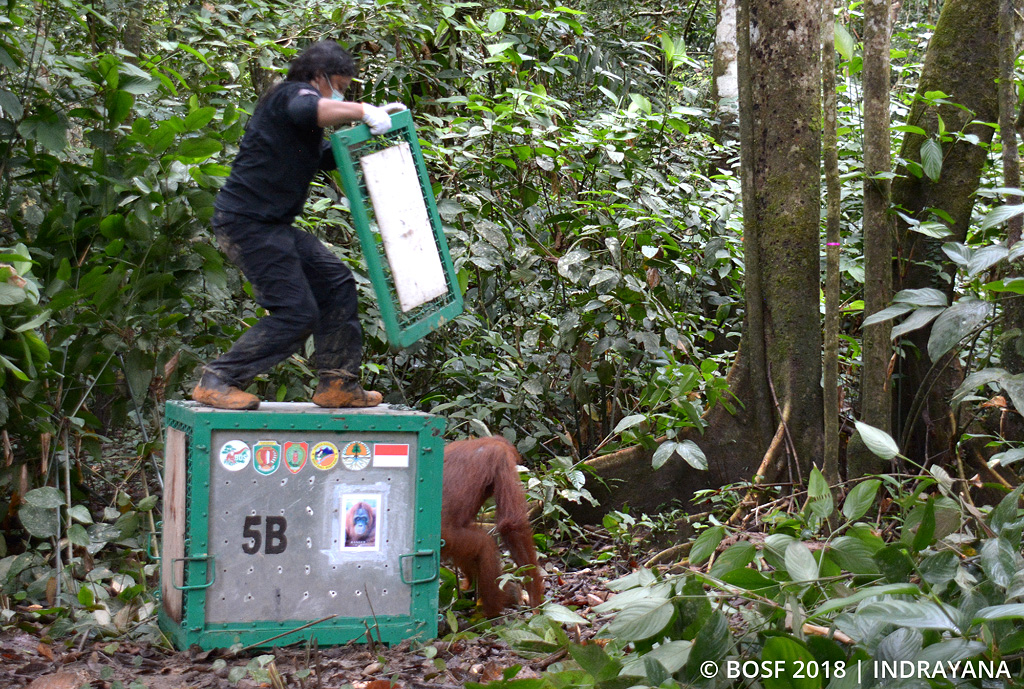 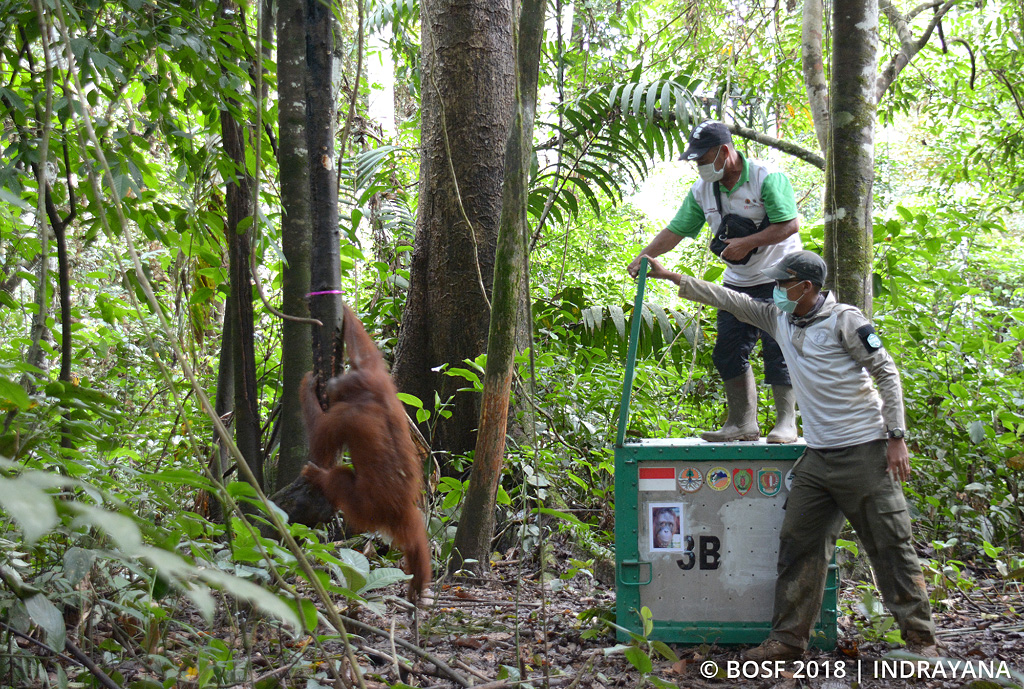 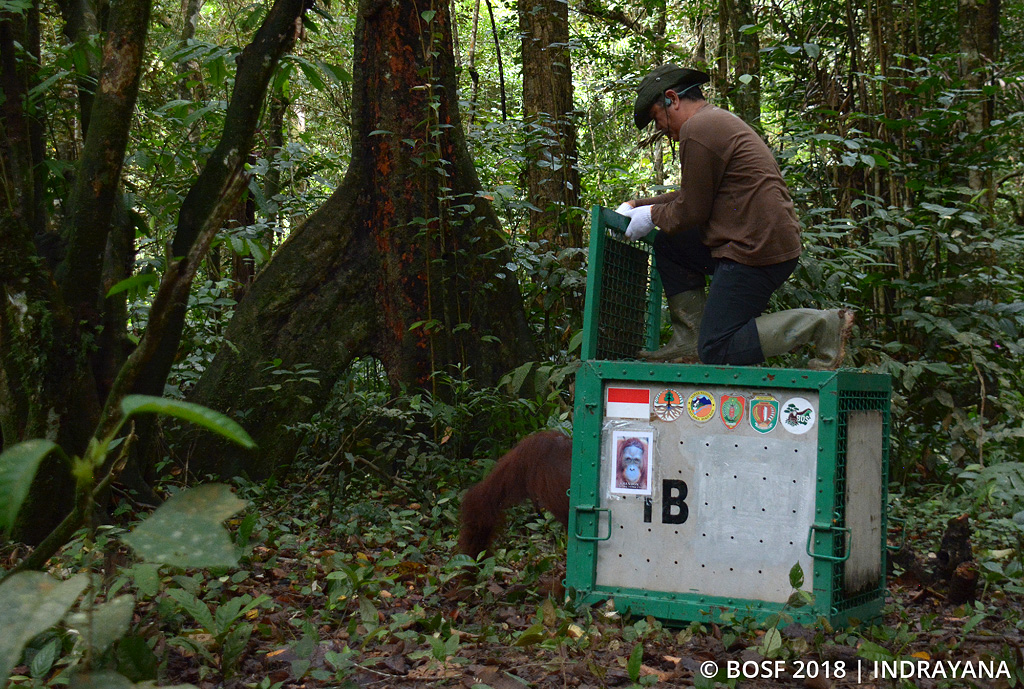 Grendon quickly exited his cage the second it was opened, but then stopped for a few seconds to take in his new surroundings before finally climbing up a nearby tree. Grendon didn’t waste any time finding a nearby tree where he could eat some fruit. Grendon was quite adventurous on his first day of freedom, eating fruit and several other natural food sources. Due to his great foraging skills and willingness to try different foods, Grendon has already revealed himself as the most sociable orangutan and the orangutan with the most varied diet among the six released orangutans.

Although Grendon experienced a deeply traumatic period after losing his mother at an early age, and was held captive for a time as a pet, this Orangutan Diary character has proven that he can successfully utilise all of his survival skills to live as a true, wild orangutan in the forest. 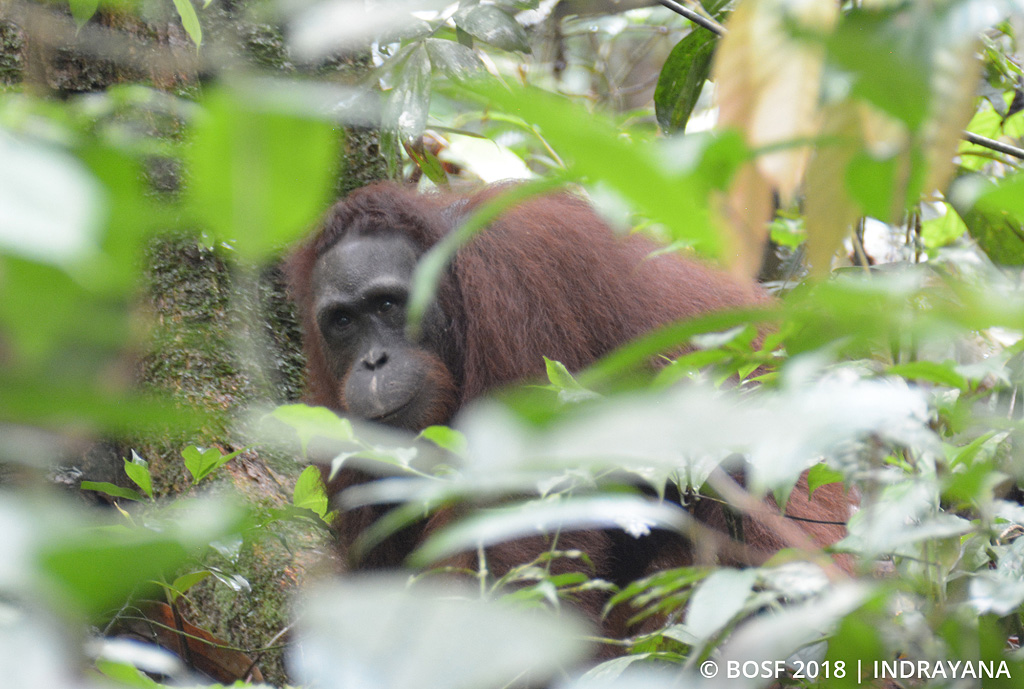 Sepang’s transport cage was the final cage to be opened, with Firasadi Nur Sub’i, an official from the Bukit Baka Bukit Raya National Park Authority, doing the honours. Our PRM team reported that throughout the first day’s observations, Sepang was seen chasing two females and had sexual interactions with both. Sepang then climbed the hill and built a nest there for the night. 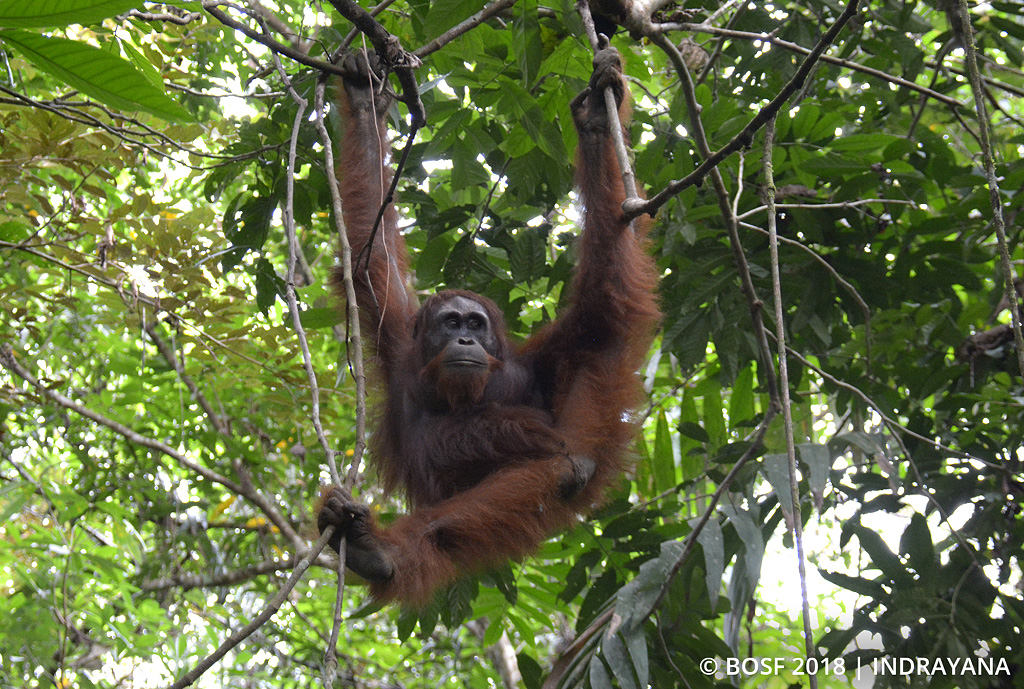 Our PRM team located in the forest will continue to monitor the progress of these six orangutans over the next few weeks, to ensure they continue to adapt well to their new environment.