BOS Orangutan Releases: Moms’ Day Out in the Forest!

December 17, 2019 — Most mothers, humans and orangutans alike, experience a similar predicament once they have children to care for: little or no free time for themselves or for socializing with others. But, when the fruiting season allows, wild orangutan mothers sometimes manage to fit in some much-needed socializing while still attending to their babies.

Recently, our Post-Release Monitoring (PRM) team from Camp Lesik were surprised to discover three orangutan mothers – Lesan, Sayang, and Teresa – and their babies – Ayu, Padma, and Berani – spending time together in an area not far from camp, in the northern part of the Kehje Sewen Forest. 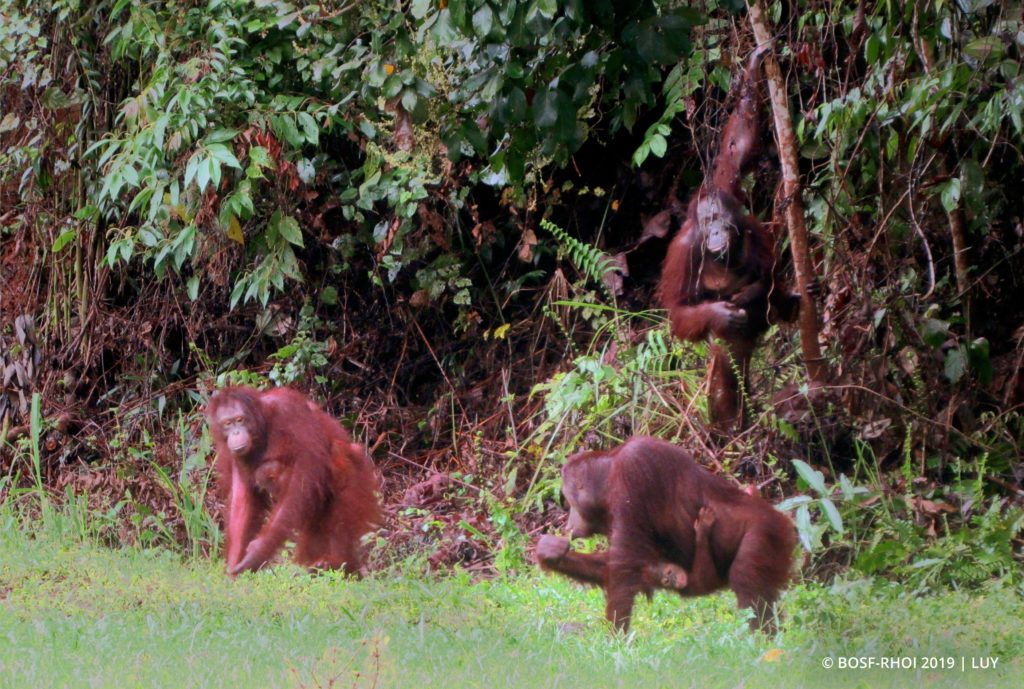 It was a typical morning in the jungle when the team first set off from camp on their daily patrol. They had just started their routine, when Lesan, Sayang, and Teresa confidently approached an open area in front of camp.

The mothers and babies appeared familiar with one another, as their behaviour indicated that they were at ease. Even once they noticed the presence of the PRM team, they paid them no heed. They had clearly grown comfortable with one another, their forest home, and even our PRM team since they had been released several years ago: Lesan in April 2012, Sayang in December 2013, and Teresa in December 2015. 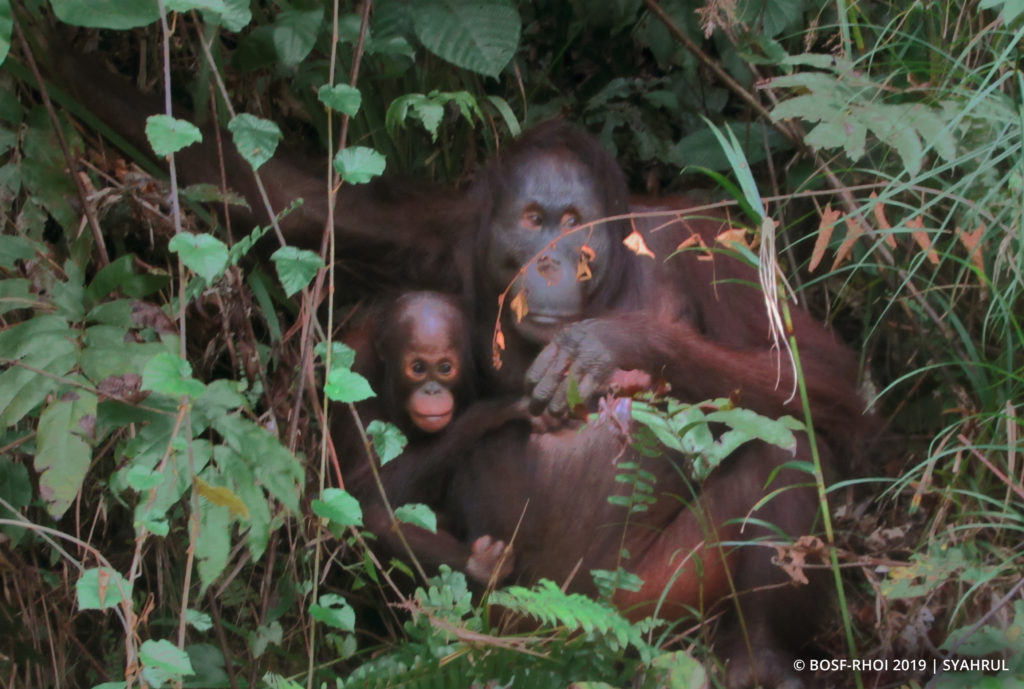 The team watched on as Teresa allowed Berani to wander and explore by himself, but not too far. Being a wary mother, Teresa always kept her son in sight. Berani, whose name actually means ‘brave’ in Indonesian, took advantage of this newly found freedom to climb a tree and look over the surrounding area. 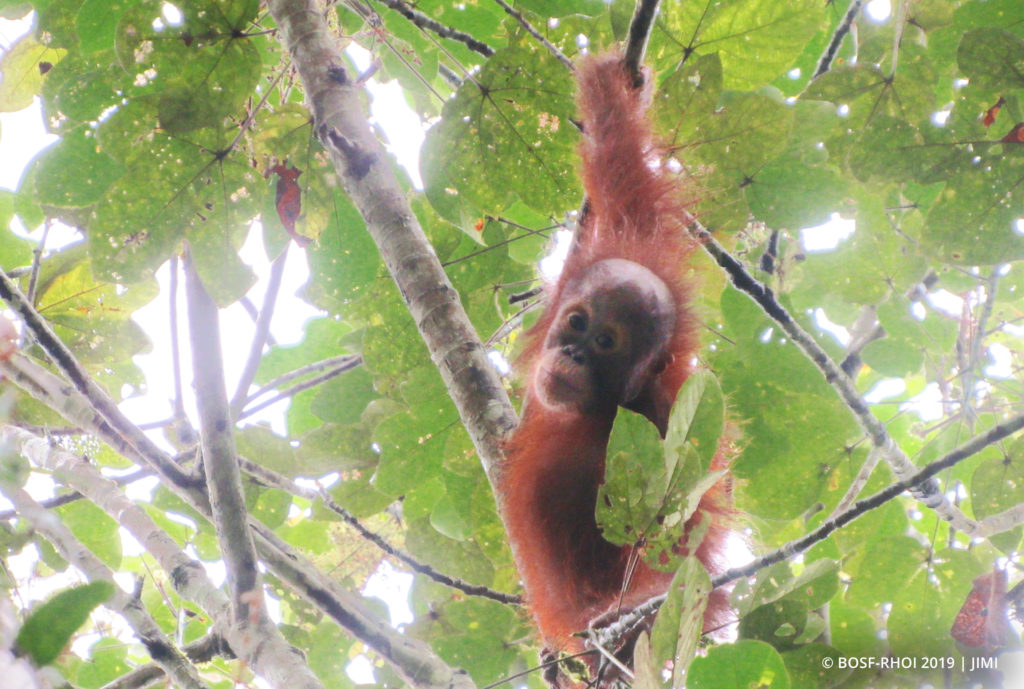 Little Padma, however, was not as adventurous. As the youngest of the group, she just looked on as Berani adventured into the canopy. On this exciting morning, Padma decided that she would rather remain in the secure and warm embrace of mother Sayang and leave exploration for another day. Padma is considered a BOS Foundation second-generation offspring because her mother, Sayang, was born to another released orangutan in the Kehje Sewen Forest, Yayang. 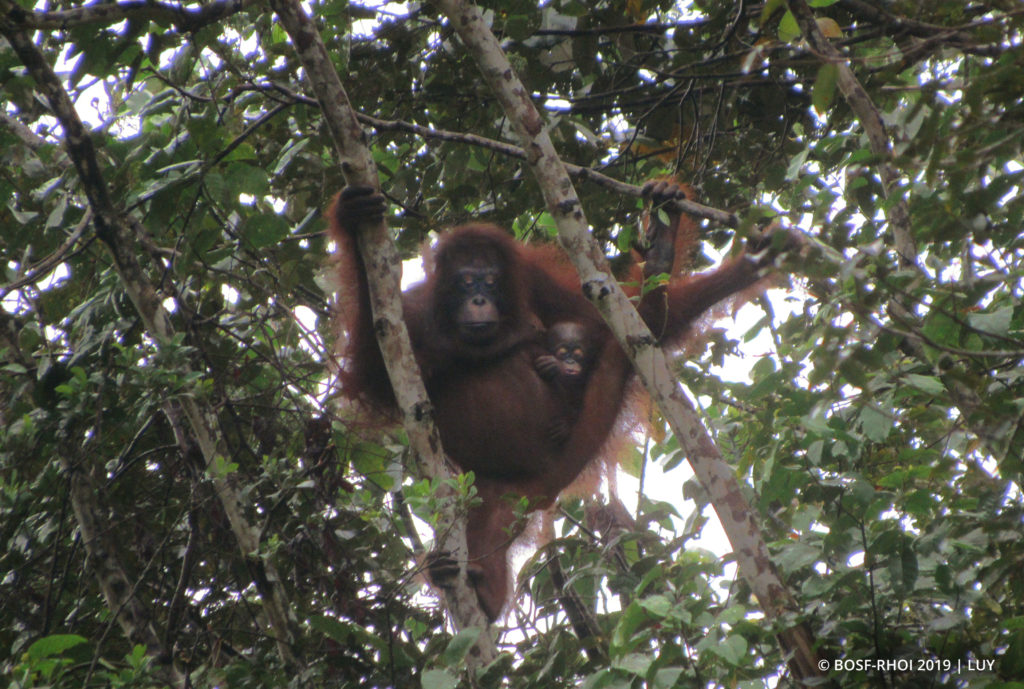 Meanwhile, the third mother-infant pair, Lesan and Ayu, preferred to stay up in a tree. Lesan was one of the first orangutans ever released in the Kehje Sewen forest back in 2012, and she was clearly teaching her daughter Ayu the most important rule for an orangutan, life is better, up where its higher, in the canopy! (Read also: Lesan and Her Baby Seen with Casey). 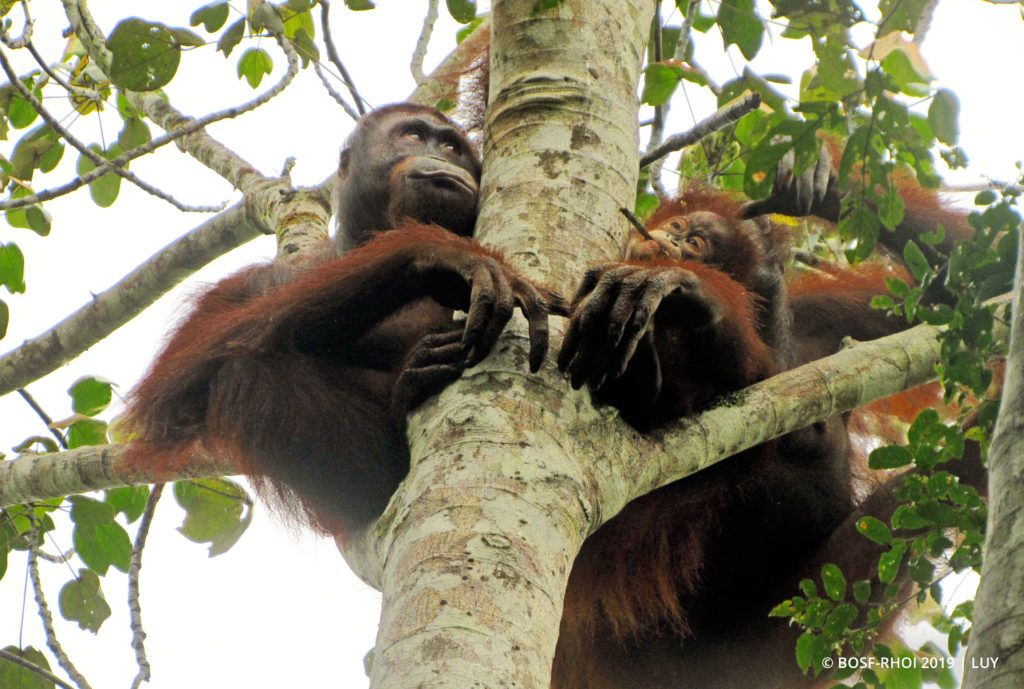 On this day, time flew by them, as the PRM team enjoyed recording the behaviors of these orangutans and taking adorable photos, all in the name of science of course. It was not long however, when the trio of mothers decided that they wanted to explore new areas of the forest and left the PRM team behind. Having already collected enough data, the PRM team decided not to pursue this gorgeous group, and headed off to conduct another patrol.

Enjoy your day out together, ladies and babies!