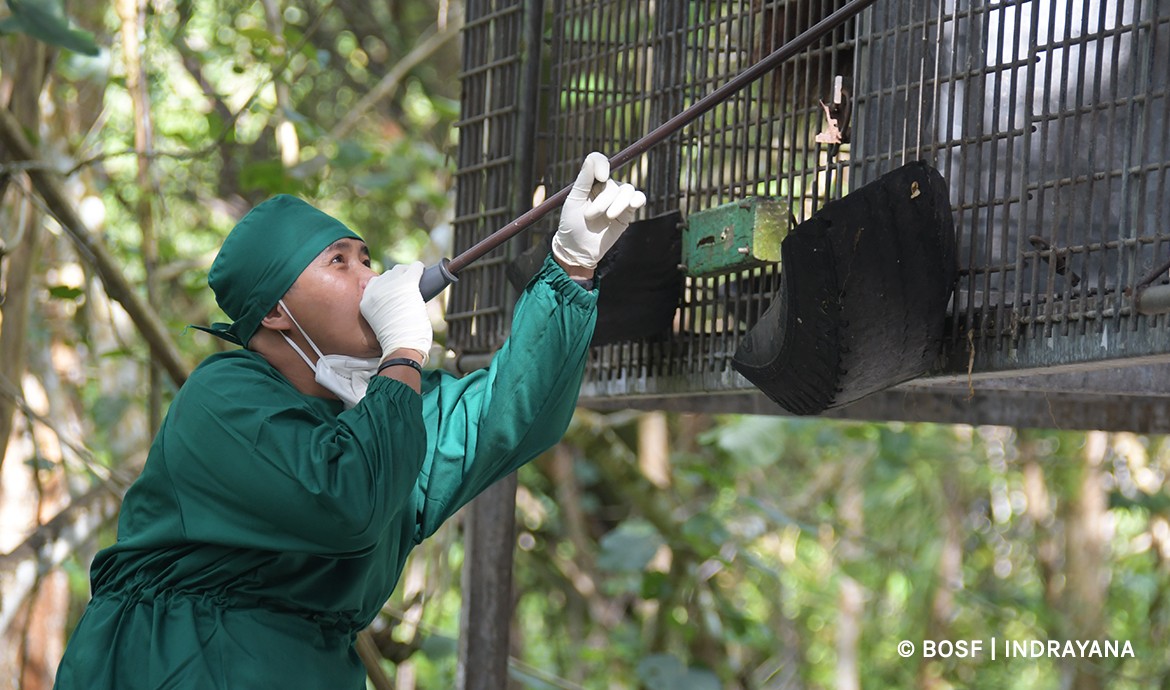 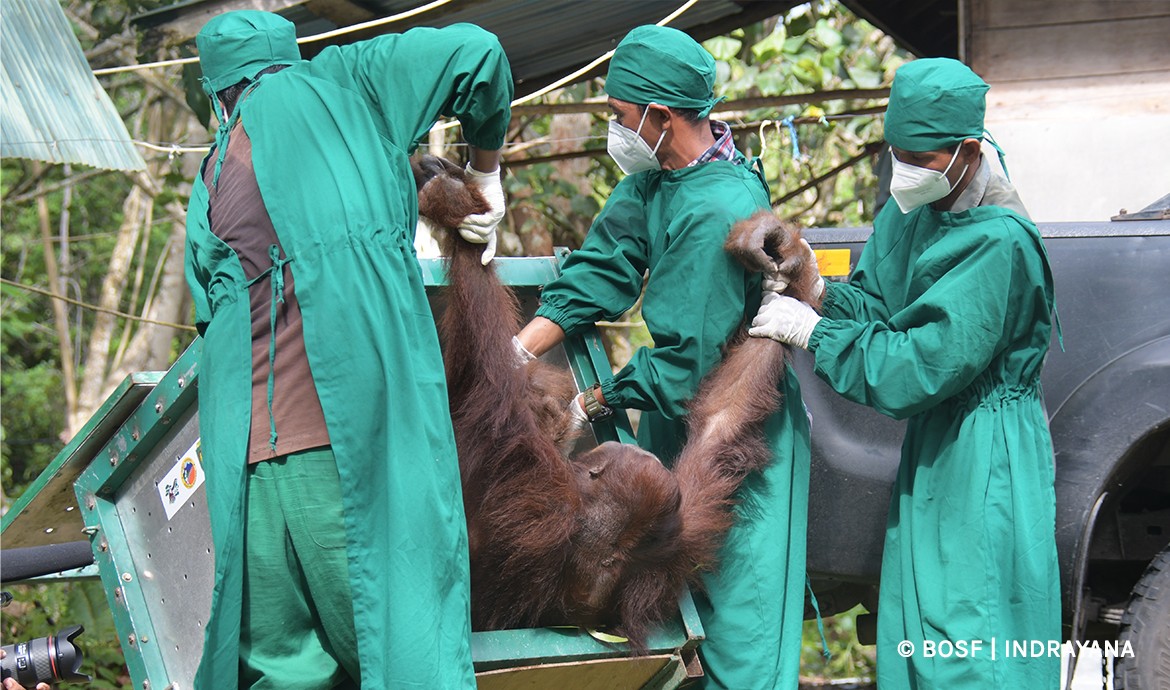 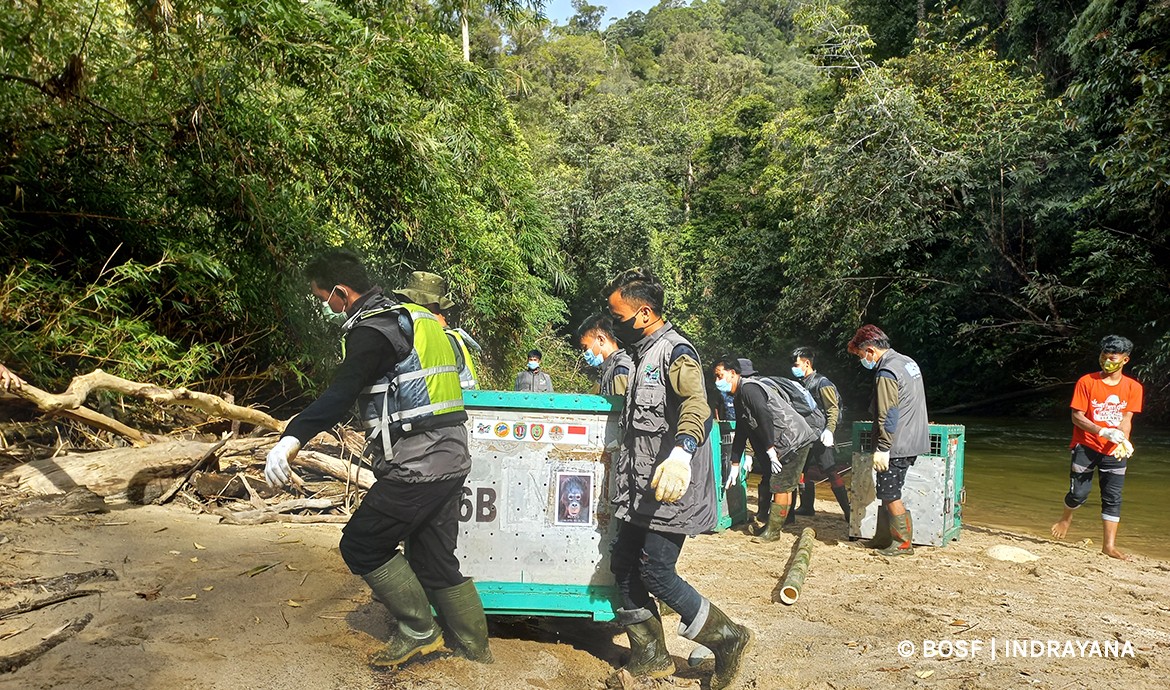 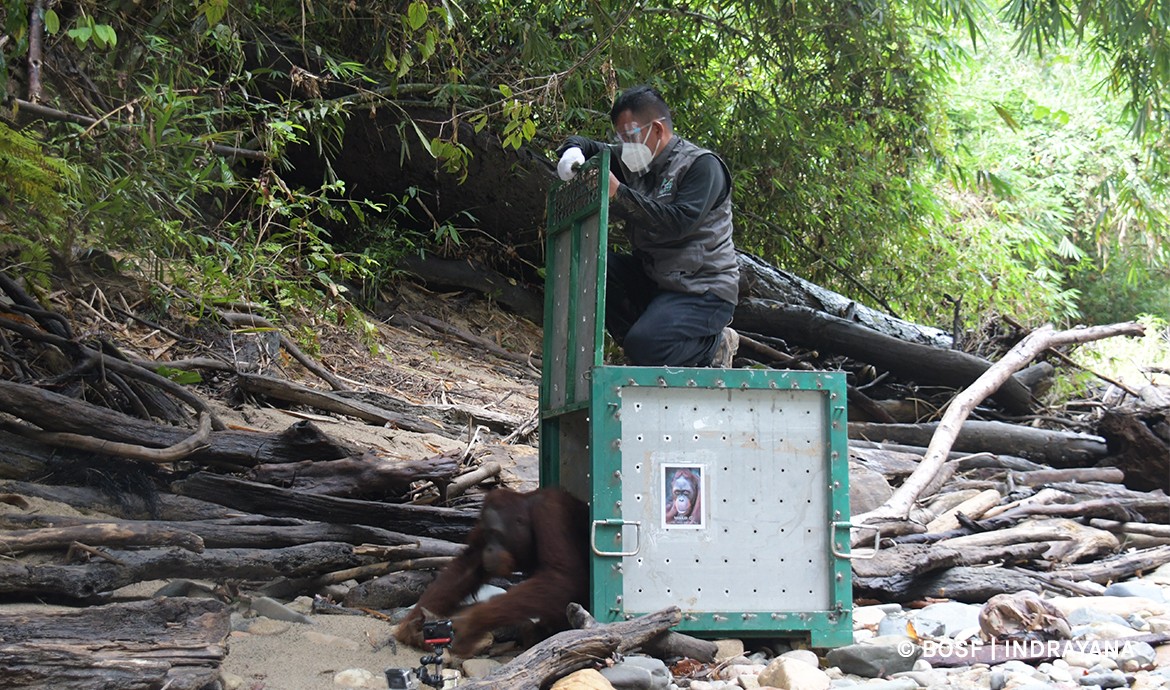 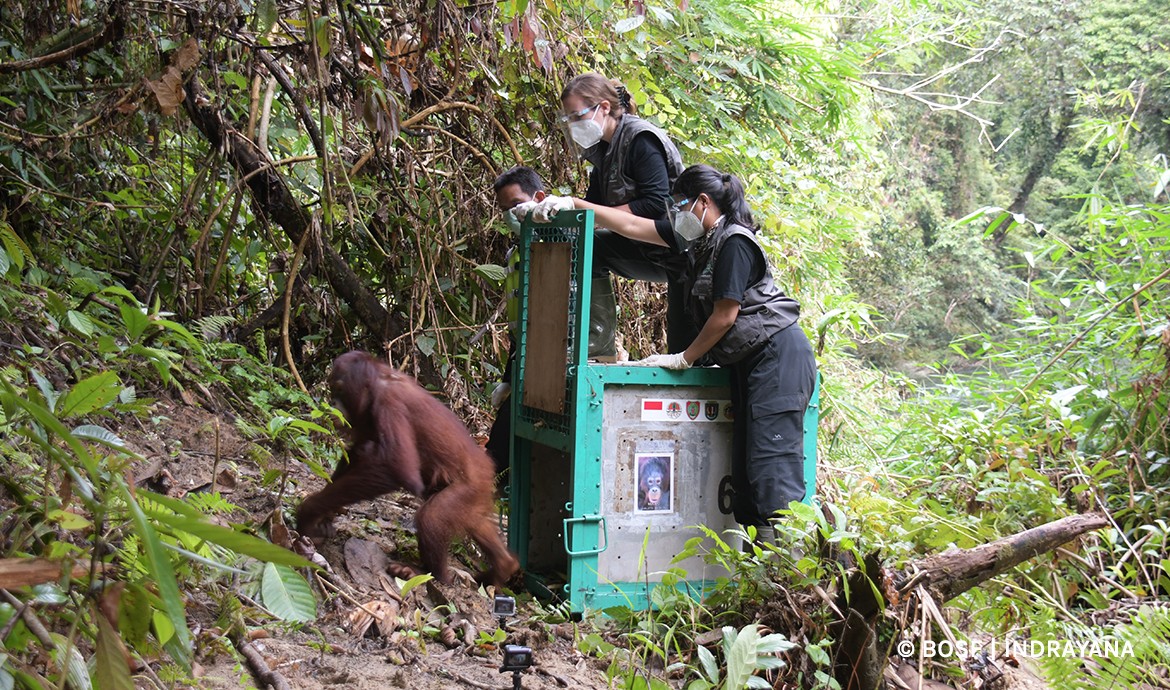 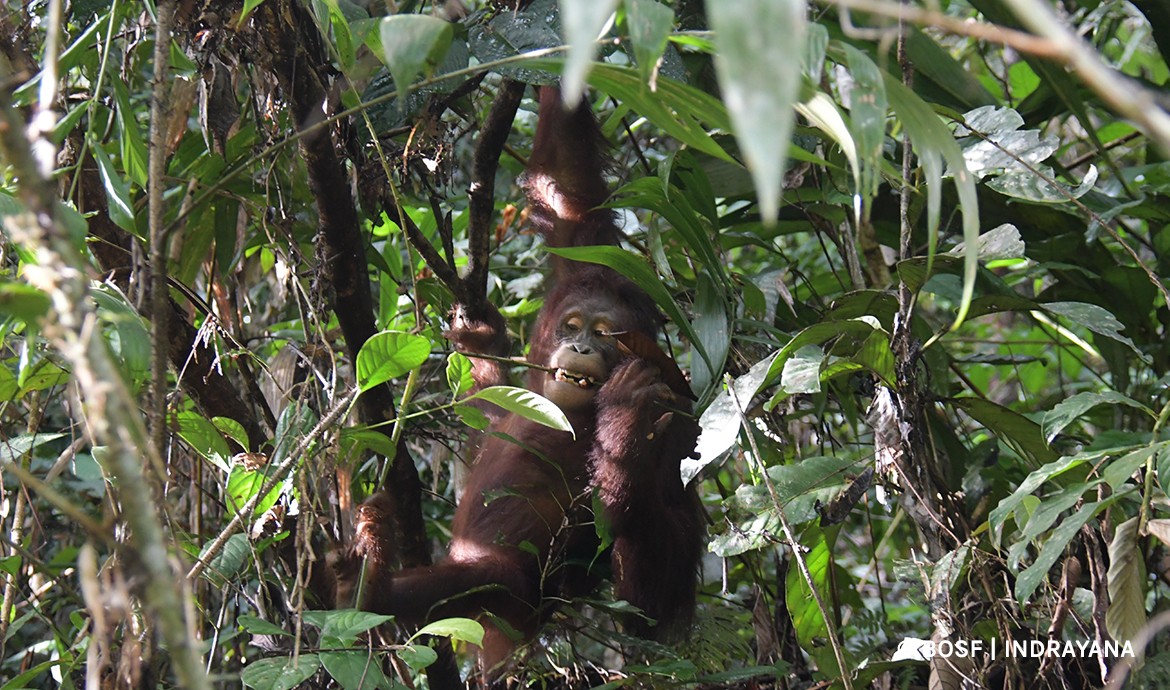 2021 ended on a high note for the Borneo Orangutan Survival Foundation.

A collaborative effort between the BOS Foundation, the Central Kalimantan Natural Resources Conservation Agency (BKSDA), and the Bukit Baka Bukit Raya National Park (TNBBBR) Agency closed 2021 seeing eight more orangutans released into the forest after completing a long rehabilitation process. The release took place in TNBBBR, Central Kalimantan and marked the end of another year operating under COVID-19 mitigation protocols, but also the 30th anniversary of the BOS Foundation.

Click here to meet the orangutans who were released!

This is the 38th orangutan release conducted by the BOS Foundation in Central Kalimantan and the journey was split into two groups, departing two days apart. The first group was composed of Suci, Mony, Pickle, and Miko, setting off on Tuesday, 14 December. The second departure included Ating, Lido, Sembara, and Petto, who were transported on Thursday, 16 December.

Under strict health protocols, the release teams and the orangutans - all of whom had passed COVID-19 tests, with negative results - departed from the Nyaru Menteng Orangutan Rehabilitation Centre just before 7 p.m. local time. The team travelled overland for almost 10 hours towards Tumbang Hiran village in Marikit district, navigating dirt roads damaged from heavy rainfall. The conditions for the first team were so poor that a delivery truck stuck in the mud prevented them from even reaching the village.

However, after sunrise, both of the journeys continued on to the Hiran Watershed by river, taking another 10 hours by motorised boats, or kelotok. The team briefly stopped at the monitoring camp to unload supplies, before continuing for about an hour upstream to reach the release points.

The entire release process was complete by 3:30 p.m., leaving just enough time for the orangutans to prepare for their first night in the wild, while our Post-Release Monitoring (PRM) team observed.

During her first moments in the forest, Suci started her new journey alongside Mony, with the two opting to explore to the new environment together. Suci, without paying much attention to Mony, calmly foraged for new food and ate termites, mahawai (polyalthia hypoleuca) fruit, and cambium. Mony, meanwhile, mostly ate rattan piths and young leaves. When the day started turning dark, the two rushed to build their own nests not too far from each other.

Two young males, Pickle and Miko, had long known each other when they resided on a pre-release island and were selected to be released together as well. Miko opted for bamboo leaves as his first official meal in the forest, while Pickle ate the scraps of food that remained from the release operation.

After the release of the second group two days later, our team observed Lido actively exploring the forest of TNBBBR. Lido dangled from tree branches while searching for food, then spent time in a tree enjoying termites and eating young meranti (shorea) leaves.

Looking for more, Lido then moved to another tree and ate its cambium. However, she was not alone; nearby was Sembara, a 13-year-old male, who was also enjoying some cambium. As the sky turned darker, they both started to build their own nests.

Ating was observed in the forest nearby to Petto. The 17-year-old was seen foraging for bamboo leaves, while Petto, her male companion, chewed on bamboo leaves and cambium. The two of them ate quietly and for a long time, replenishing themselves after a long and energy-consuming journey to the forest. They ended the day building nests not so far apart.

During their first hours in the forest, these eight orangutans showed us they are ready to learn about their new environment. We are certain they will all thrive and live happily in their new home, the Bukit Baka Bukit Raya National Park!