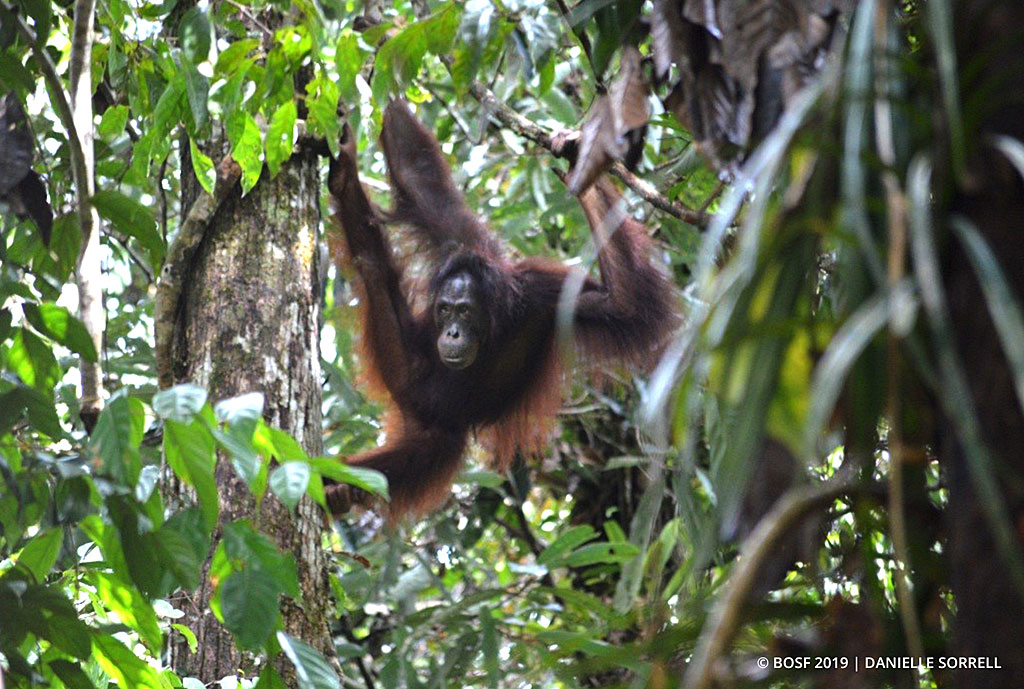 May 2, 2019 — A trio of rambunctious orangutans recently showed up near Camp Totat Jalu in the Bukit Batikap Protection Forest, and our Post-Release Monitoring (PRM) team was unable to immediately identify them. However, after the PRM team searched through the hundreds of photo files on every orangutan ever released in Batikap, the trio of orangutans was eventually identified – they turned out to be Inung, Indah, and Ina! These three orangutans were released to the pristine forest of Batikap on 30 November, 2013. 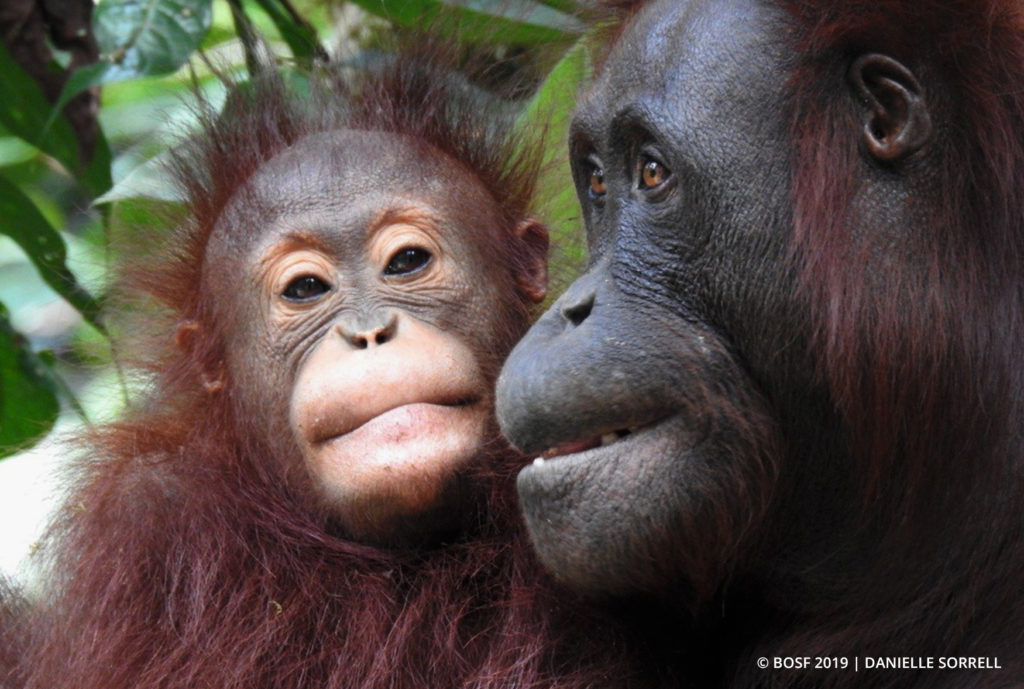 Inung, the mother, was rescued at just two years of age. She was taken to the Nyaru Menteng Rehabilitation Centre where she was cared for and given a new lease on life. She was taught all the vital skills an orangutan needs to survive the wild, and was later placed on Kaja Island where she could put her skills to the test before her eventual release to the wild. On Kaja Island, Inung gave birth to daughter Indah on June 2, 2007. On July 12, 2012, Inung welcomed a second daughter to the world; Ina. Inung proved to be a great mother, and was released to the wilderness of Batikap when she was 15 years old, together with 6-year-old Indah and 1-year-old Ina.

The trio was regularly seen in the forest throughout the first year of their release. But slowly they travelled deeper into the forest and went undetected for quite some time. Indah was last seen in August 2014, and Inung and Ina were last seen in July 2015! We were all very excited to meet up with these orangutans after so long, and were delighted to see that they were still spending time together in the forest. 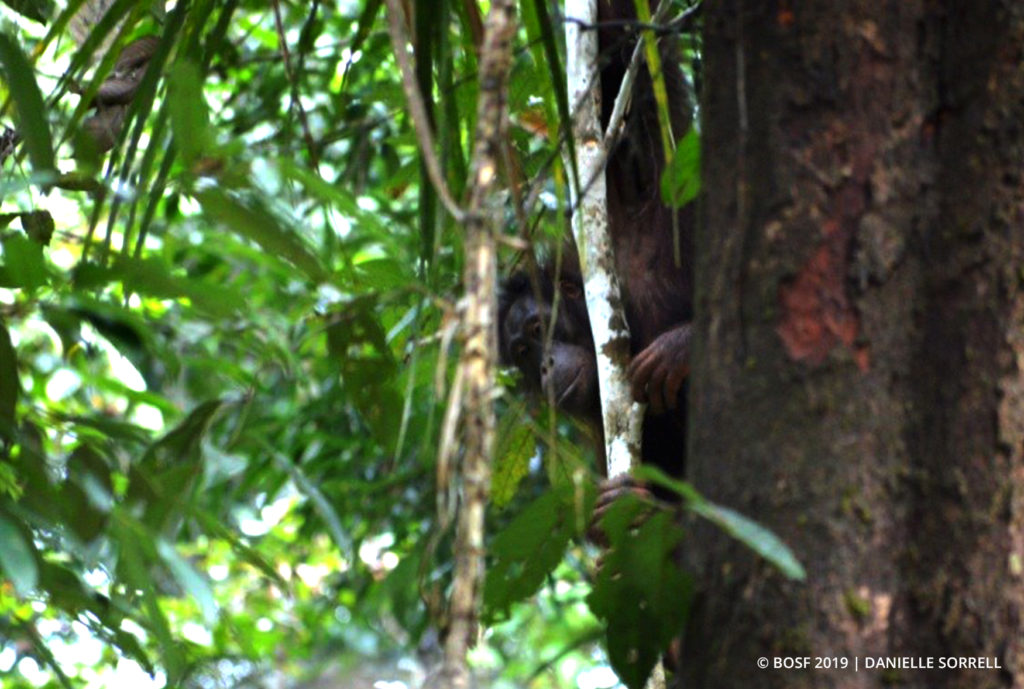 The trio were seen spending time with Cindy and Riwut, a mother-offspring pair, for most of January. Riwut and Ina were often spotted playing together. Cindy and Riwut were also released at the same time; so, perhaps they were all old friends who had a lot of catching up to do.

Ina has grown into a beautiful orangutan who travels independently in the trees to eat; but she will still come back to her mother to move together from tree to tree. Inung is agile and likes to play with Riwut, despite her being double Riwut’s size! 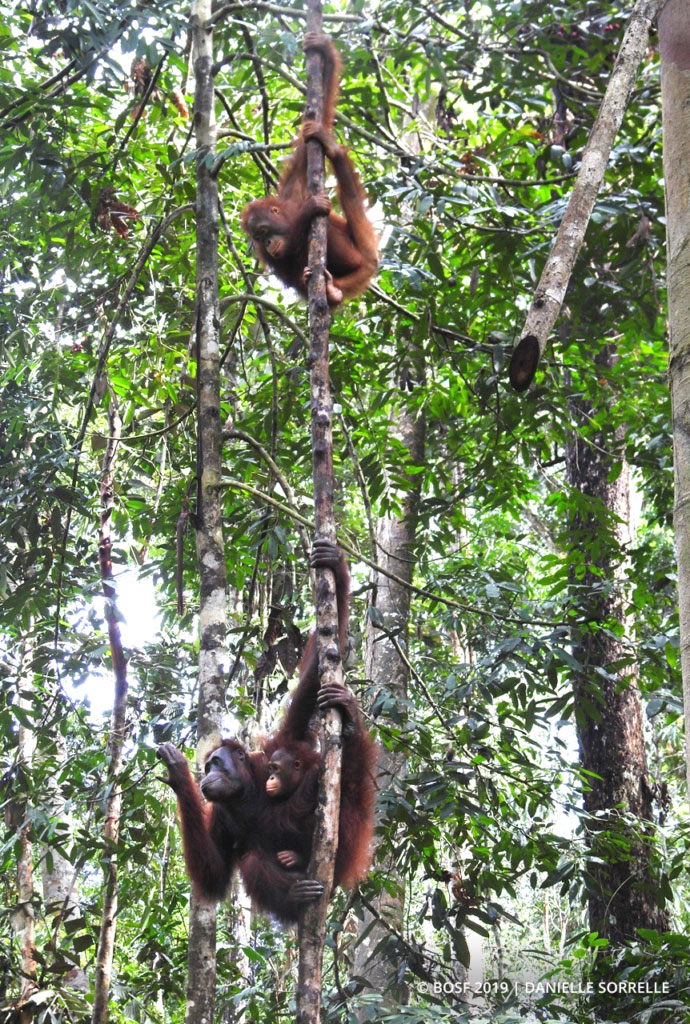 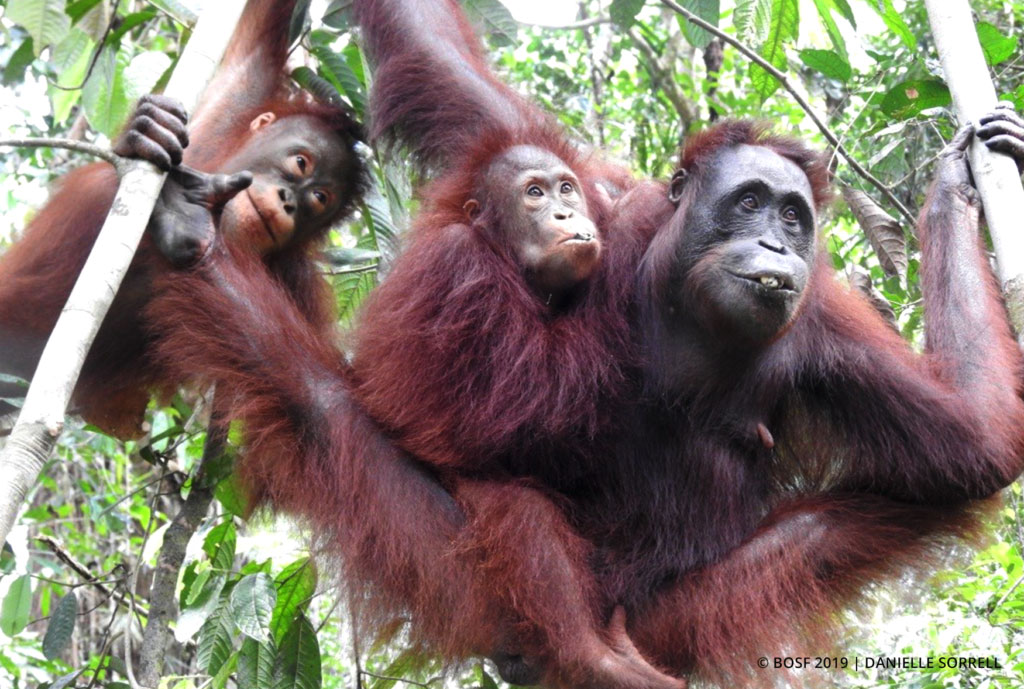 Indah is shyer than Inung – who is a bold and brave orangutan that stays higher in the canopy – and will poke her head around tree trunks to keep an eye on the PRM team.

We are thrilled to have witnessed these orangutans interacting with one another, and to learn that they are still healthy and thriving in Batikap after so many years. What fantastic news!