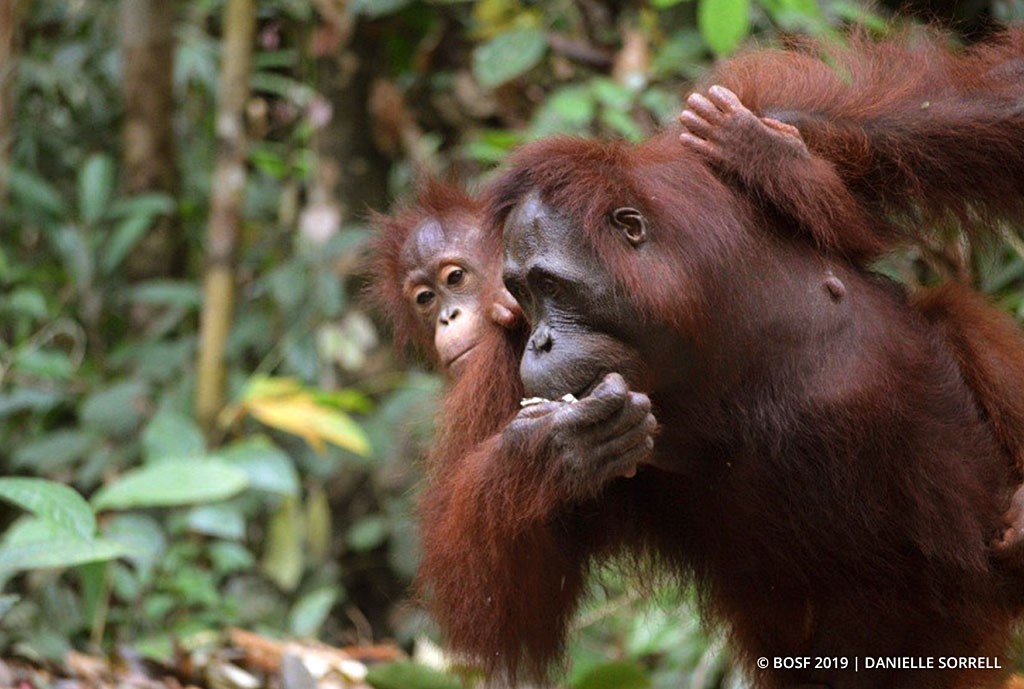 April 24, 2019 — On a quiet Tuesday afternoon, myself and the other members of Camp Totat Jalu’s Post-Release Monitoring (PRM) team, located in the Bukit Batikap Protection Forest, were relaxing in our rooms and enjoying the cool breeze floating in through the open windows. Little did we know that a female orangutan was about to make our day more eventful.

The tell-tale sound of shaking branches was suddenly heard coming from the trees nearby camp, followed by the appearance of an orange figure. I threw on my boots as fast as I could and followed the orangutan, whilst calling out “ada orangutan!” (“there’s an orangutan!”) to alert my fellow team members.

We quickly entered the forest and turned on the radio receiver to try to identify the surprise visitor, using telemetry signalling. Then, things quickly turned chaotic. The trees were moving and an orangutan was kiss-squeaking non-stop; at first, we thought it was a known orangutan that had visited camp in the past. All of a sudden, another tree began to move, and another orangutan appeared with a child. We started to observe them and take photos, but it soon became apparent that we did not know these orangutans! Then we spotted Cindy and Riwut, a notorious pair in Batikap, known for their bravery and shenanigans. 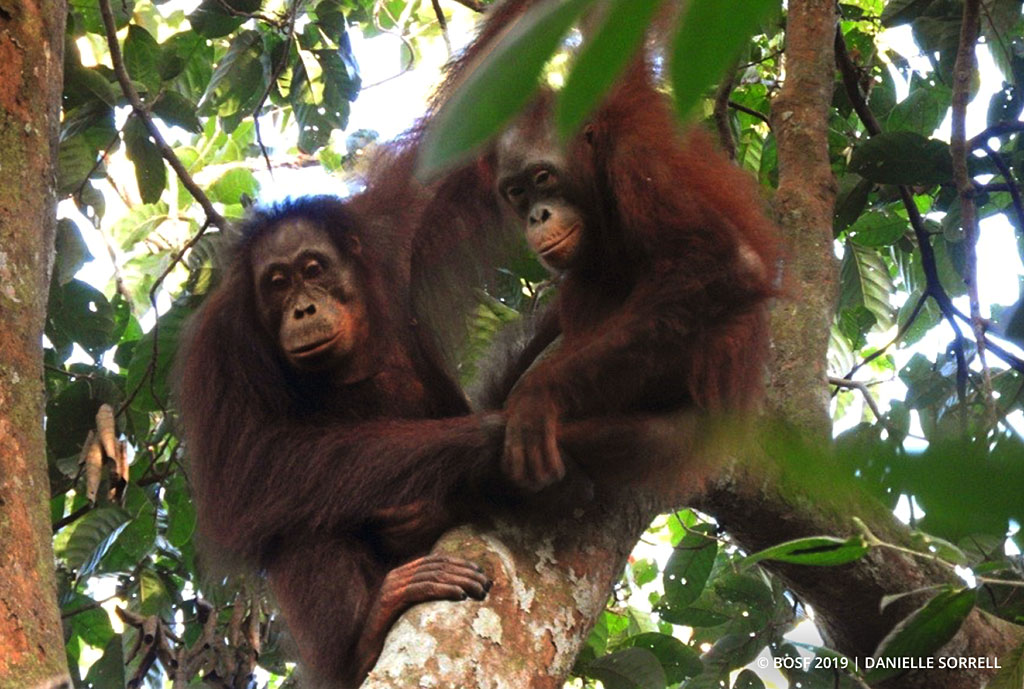 The child of the unidentified mother, with Riwut

The child of the unidentified mother, together with Riwut and the other unidentified female, played in the trees and brachiated from vine to vine. While they played, the unidentified mother started to kiss-squeak at Cindy to voice her displeasure. The two then rolled around on the ground, and growled and snarled at each other. Neither was hurt in the altercation, but Cindy came out second best and slunk off into the forest.

The other unidentified female

The team remained among the madness to try and identify the three unknown orangutans. We still could not recognise their faces, and so took as many photos of them as possible. As the day turned dark, we waited for the orangutans to build their night nests and noted their location, so we could conduct dawn-to-dusk observations on them the following day.

The weather, unfortunately, was not on our side. Heavy downpours persisted through the night until around 10 a.m. the next day. In the late morning, we went to check if the trio had remained nearby camp. To our luck, they were still in the area, giving us the opportunity to take better photos of them to help with identification. We also checked for signals, but could not detect a signal for any of the three unidentified orangutans.

The PRM team headed back to camp after collecting more data on the three, and photos taken during the day were then compared to those in our image data bank. After searching through hundreds of photos, our team finally managed to identify the three mystery orangutans.

Stay tuned for part #2 of our story next week to find out who these three mystery orangutans are!