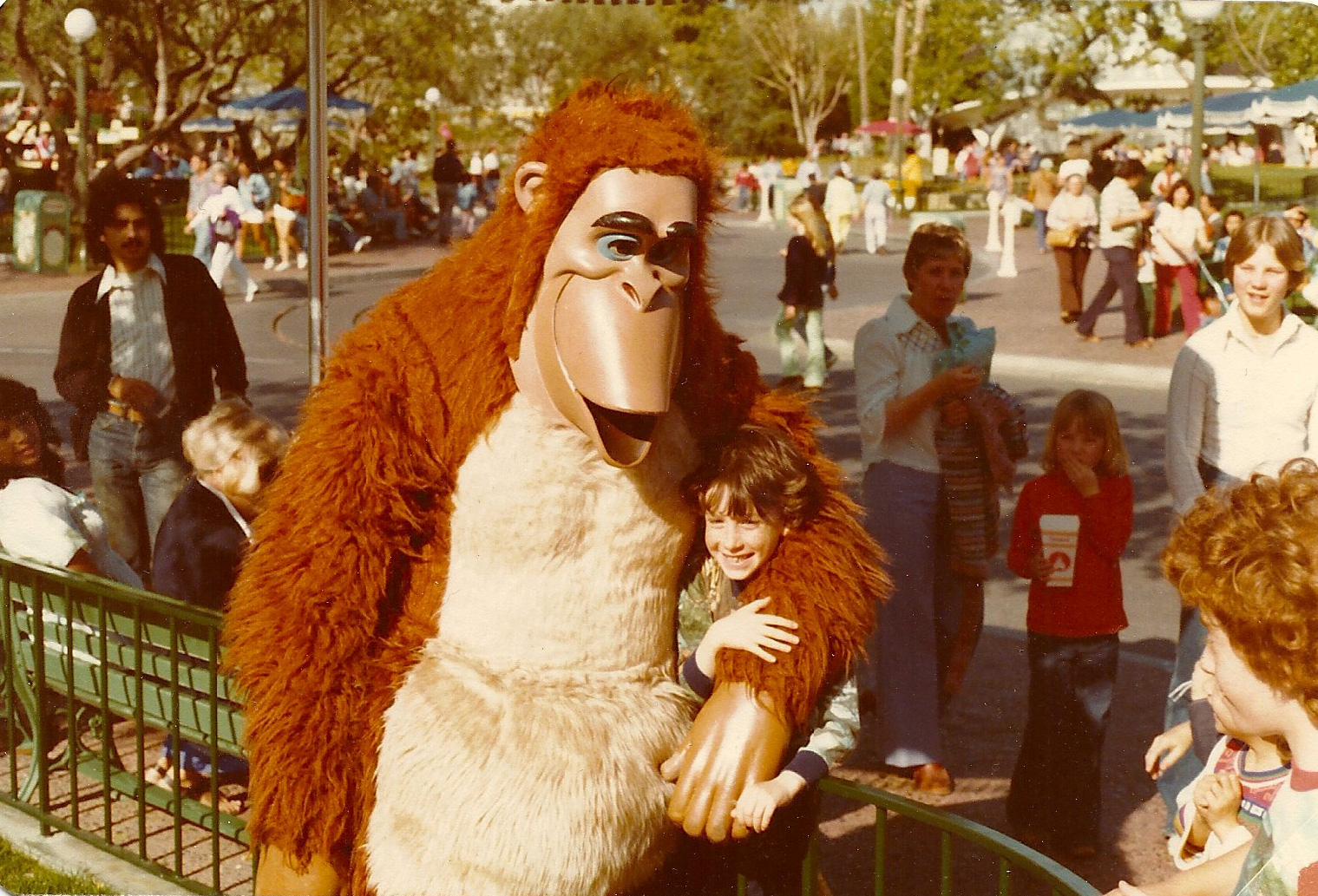 Richard Zimmerman is the Founding Director of Orangutan Outreach, a New York-based non-profit organization whose mission is to save the critically endangered orangutans and protect their rainforest home. Richard grew up in Southern California, where his love for orangutans was fostered by frequent visits to the Los Angeles and San Diego Zoos. His passion was reignited years later when he was living in Barcelona and made regular visits to the Barcelona Zoo to see Snowflake, the legendary albino gorilla. It was in the enclosure around the corner from the gorilla that Richard first set eyes on a giant Cheekpadder male orangutan named Moe. Richard spent many afternoons sitting near Moe, who was always alone, sitting silently on a barren slab of concrete with little enrichment and no companions.

Years later, while living in New York City and working at UNICEF, Richard realized that orangutans were critically endangered in the wild — and that the threat of extinction was very real. He began volunteering for several UK-based orangutan conservation organizations, offering his skills as a web developer to help them update and manage their websites. In 2006 Richard took his first trip to Indonesia to see wild orangutans with his own eyes. Hoping to see a lush tropical rain forest, what he found instead was the near total destruction of the forests of Borneo and Sumatra and hundreds of orphaned orangutans being cared for in rescue centers. Richard realized immediately that he had to do more to help the orangutans. A year later he traveled back to Indonesia to meet more stakeholders on the ground, and when he returned to New York he decided to follow his heart and start his own non-profit, Orangutan Outreach. Created in 2007, the organization grew quickly thanks to a close affiliation with the Animal Planet series Orangutan Island. With little more than his Mac, his iPhone and his will to save orangutans by working with like-minded groups and individuals around the world, Richard has been able to raise over three million dollars for orangutan conservation. Over the years, Richard has expanded Orangutan Outreach to work with an increasing number of partners, including the Borneo Orangutan Survival Foundation (BOSF), International Animal Rescue (IAR), the Center for Orangutan Protection (COP), the Sumatran Orangutan Conservation Programme (SOCP), the Orangutan Information Center (OIC) and the Borneo Nature Foundation (BNF). Orangutan Outreach has achieved his goal of making a significant difference in the lives of orangutans, but there is still so much more work to be done.... {:(|}

Learn more about Richard on Thextraordinary.org

Read an interview with Richard on the OuTrop blog. 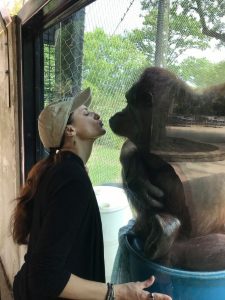 Debbie Clemens is a conservation biologist from the Chicago-land area. She comes to Orangutan Outreach with knowledge from a Master's degree in Zoology, the experience of field work in SE Asia, a passion for wildlife conservation, and a strong desire to educate others. Debbie has expertise in community-based conservation as well as the role of zoological institutions in conservation. Debbie is practiced in interpretation of animal behavior as well as animal care and husbandry. She is an experienced instructor of conservation biology graduate level courses as well as a seasoned informal educator. Debbie is dedicated to the conservation of wild orangutans in Borneo and Sumatra and has been working on behalf of the precious pongos for eight years.

As the Outreach Coordinator, Debbie assists in the growth of Orangutan Outreach by increasing awareness of our work, through social media and by providing presentations. Debbie also fosters new and existing partnerships, organizes fundraising events, and manages special campaigns and initiatives. Have a great idea? Debbie would love to connect with you. She can be reached at email hidden; JavaScript is required 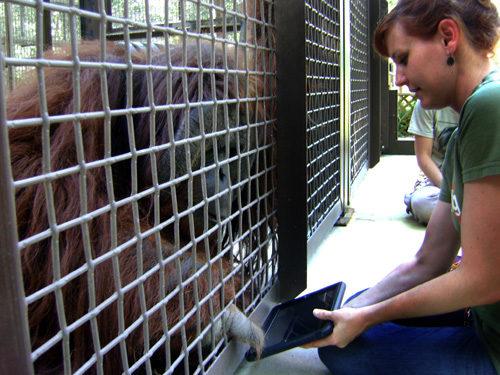 Colleen Reed is a life-long wildlife conservationist. She grew up in the woods of Florida, following her dog, the horses, and the abundance of wildlife in her neighborhood. At an early age, she became enthralled with Jane Goodall and her chimpanzees, and began volunteering with animal organizations throughout Florida. Colleen holds a BS in Zoology and Anthropology from the University of Florida. She has been a docent at the Central Florida Zoo, a Jane Goodall Institute ChimpanZoo observer, and a volunteer for the Center for Great Apes. After college, she became a great ape caregiver with Patti Ragan and the team at the Center for Great Apes. There, she helped care for 43 chimpanzees and orangutans, all from pet trade, the entertainment industry (circus, commercials, movies, live performances), or cognitive research. She now lives in Portland, Oregon where she works as a primate keeper at the Oregon Zoo. She also helps coordinate Apps for Apes for Orangutan Outreach and is spearheading an effort to bring enrichment to caged adult orangutans at care centers in Borneo. 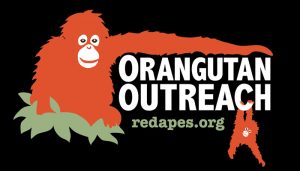 Alina Bachmann has been a friend and supporter of Orangutan Outreach since 2009. We fist met Alina when she was an art student at the College of New Rochelle in New York. She designed our ORANG mama & baby logo that is featured on our tee-shirts and hoodies. She also created several sets of orangutan drawings that we use on Halloween, Valentines Day and New Years. Learn more about Alina and see her work on our Pinterest page.

THE GREAT CHEEKPADDER (our patron saint) 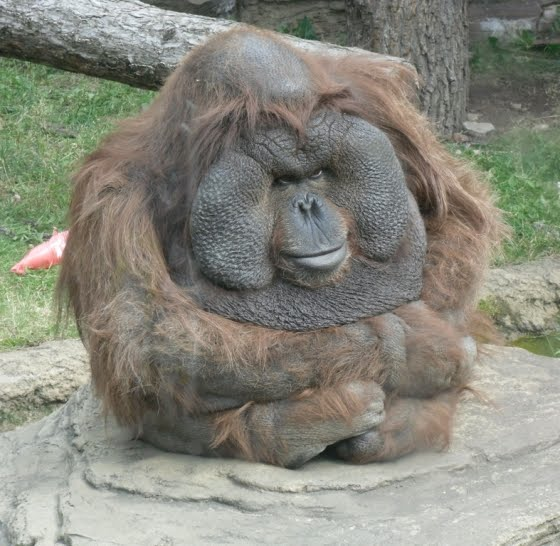 Be a voice for those who cannot speak. ~ The Great Cheekpadder

The problems we face today are merely a result of the problems someone else didn't have the courage to face yesterday. ~ The Great Cheekpadder

Be wary of anyone who lacks love in their life. They will steal your spark and take it with them into the abyss. ~ The Great Cheekpadder

Defining one's principles and then making the conscious decision to live by them is the mark of a mature mind. ~ The Great Cheekpadder

No data?  No science.  ~ The Great Cheekpadder

Be wary of those who boast but show no proof.  ~ The Great Cheekpadder