A Familiar Face with a New Baby! 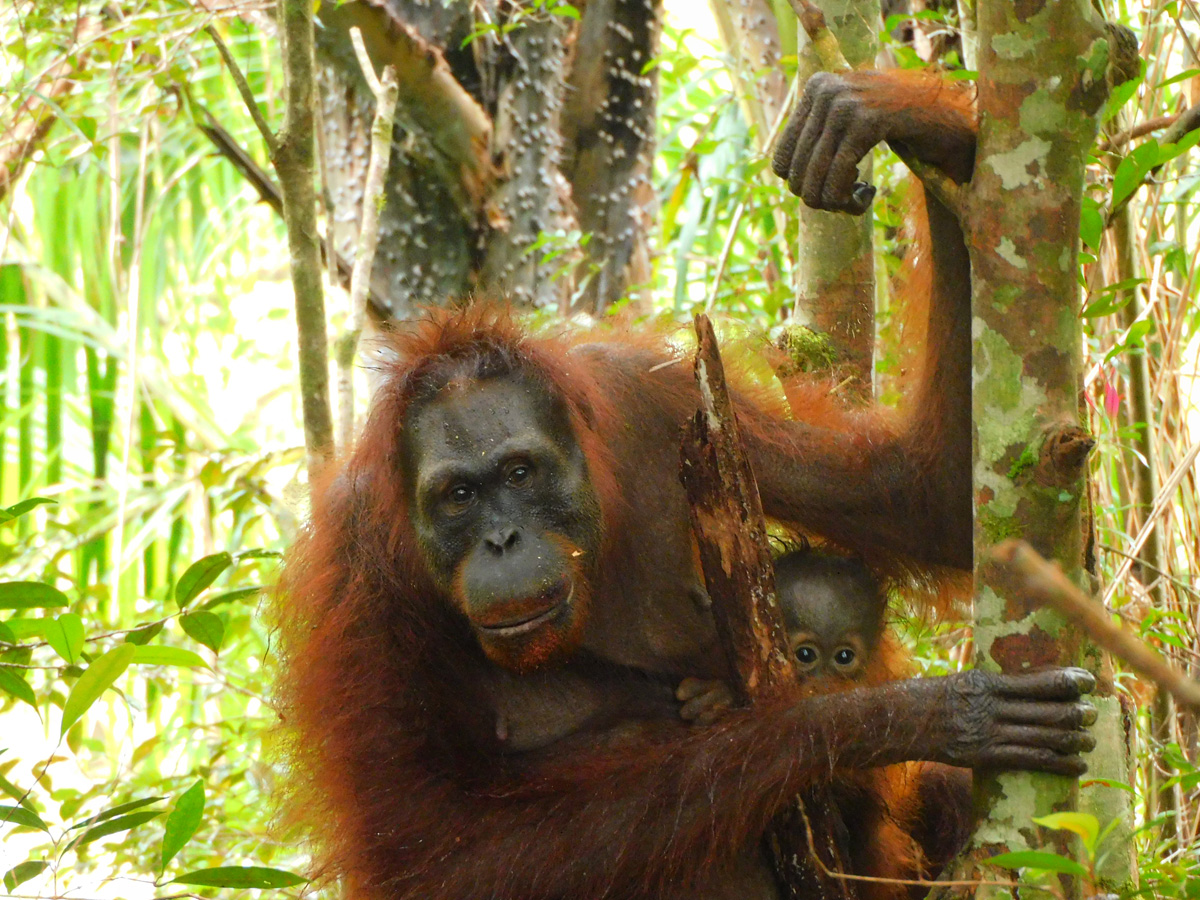 Correctly identifying orangutans during observations can be tricky! This is especially true if our Post-Release Monitoring (PRM) team is observing orangutans that have not been spotted for a long time, or when the team on duty is not familiar with the orangutans they are observing.

One day, at the end of January, our PRM team from Camp Nles Mamse in the Kehje Sewen Forest, East Kalimantan, set out to conduct a regular patrol. The team that day consisted of Rahmi, Rustam, and Junus, who are all junior members of the camp with less patrolling experience than other PRM team members. 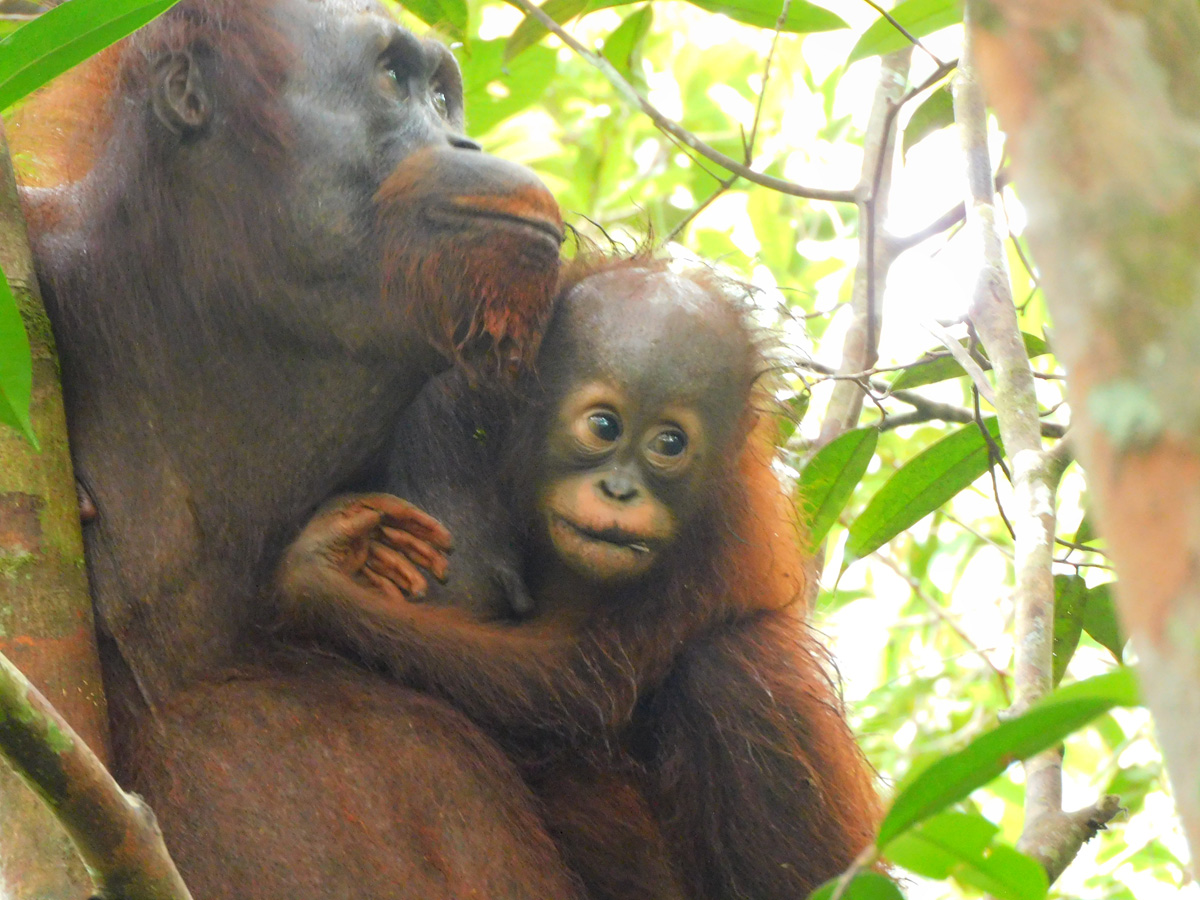 The team had some initial doubts, as the physical characteristics of this orangutan were not entirely consistent with that of Signe’s. The team was not able to pick up a telemetry signal for the orangutan in question, possibly due to depleted transmitter batteries.

The only way our team was able to identify Signe was through the presence of her baby, because Signe is the only orangutan our team has monitored in the area lately with a baby.

Not wanting to waste precious time, our team members immediately observed who they thought to be Signe and her baby, and recorded data. When they returned to camp and took a closer look at the photos taken during observations, they were utterly confused. The photos taken earlier showed a female orangutan with protruding pelvic bones, sparse hair, and a large belly. The team was even more convinced that it was not Signe who they had observed, as she does not have these physical characteristics. 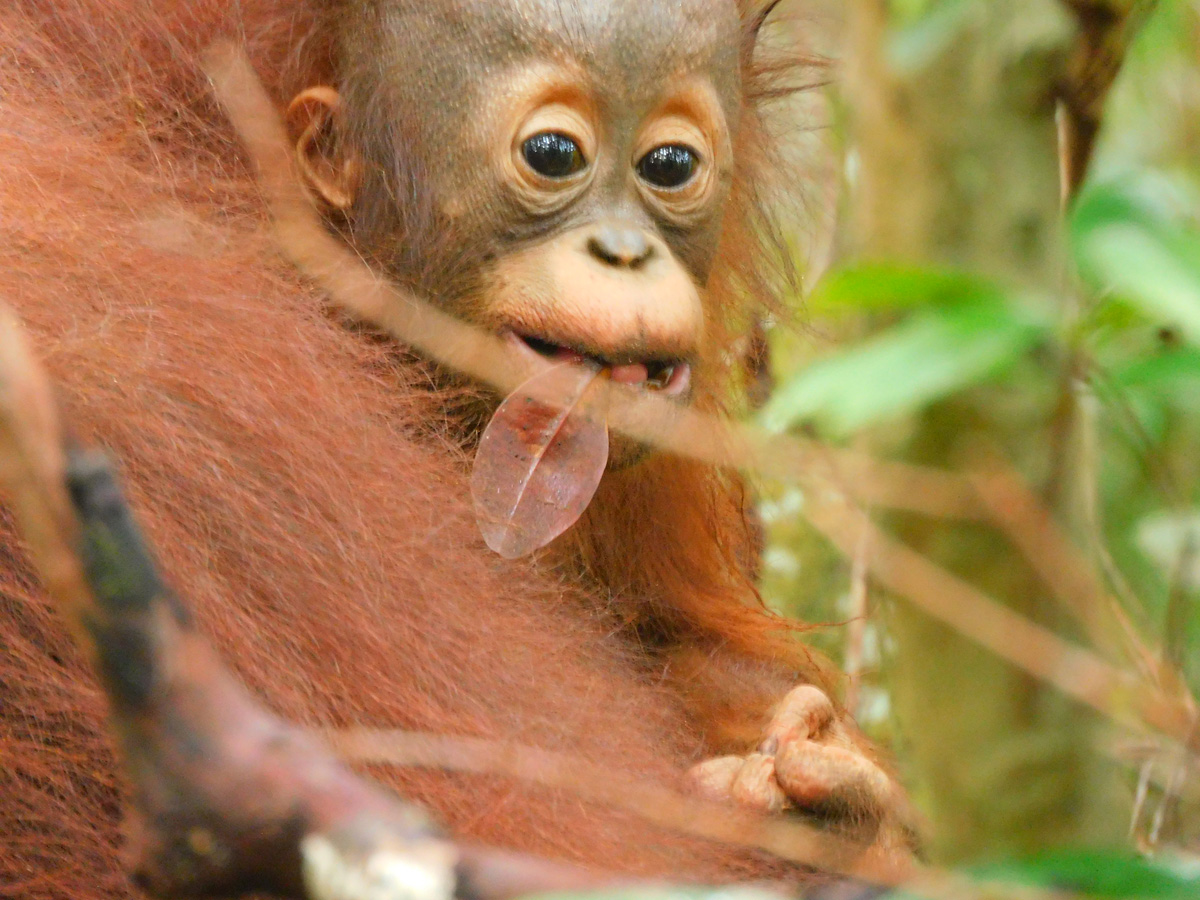 To confirm the identity and health condition of the orangutan, our camp veterinarian immediately rushed to Camp Nles Mamse, anticipating the possibility of ‘Signe’ requiring medical treatment. However, a senior PRM member correctly identified the orangutan as Ajeng, who was released in 2015. Our veterinarians confirmed that Ajeng's physical characteristics were indeed that of the orangutan observed that day.

The discovery of Ajeng with a newborn is great news indeed! Unfortunately, our team was not able to determine the sex of her baby.

Our vet and PRM team members are still searching for Ajeng. We need to be able to track her progress, monitor her health, and above all, determine the sex of her child. We all hope Ajeng and her new baby stay safe and healthy!