A Leisurely Day with Desi the Orangutan 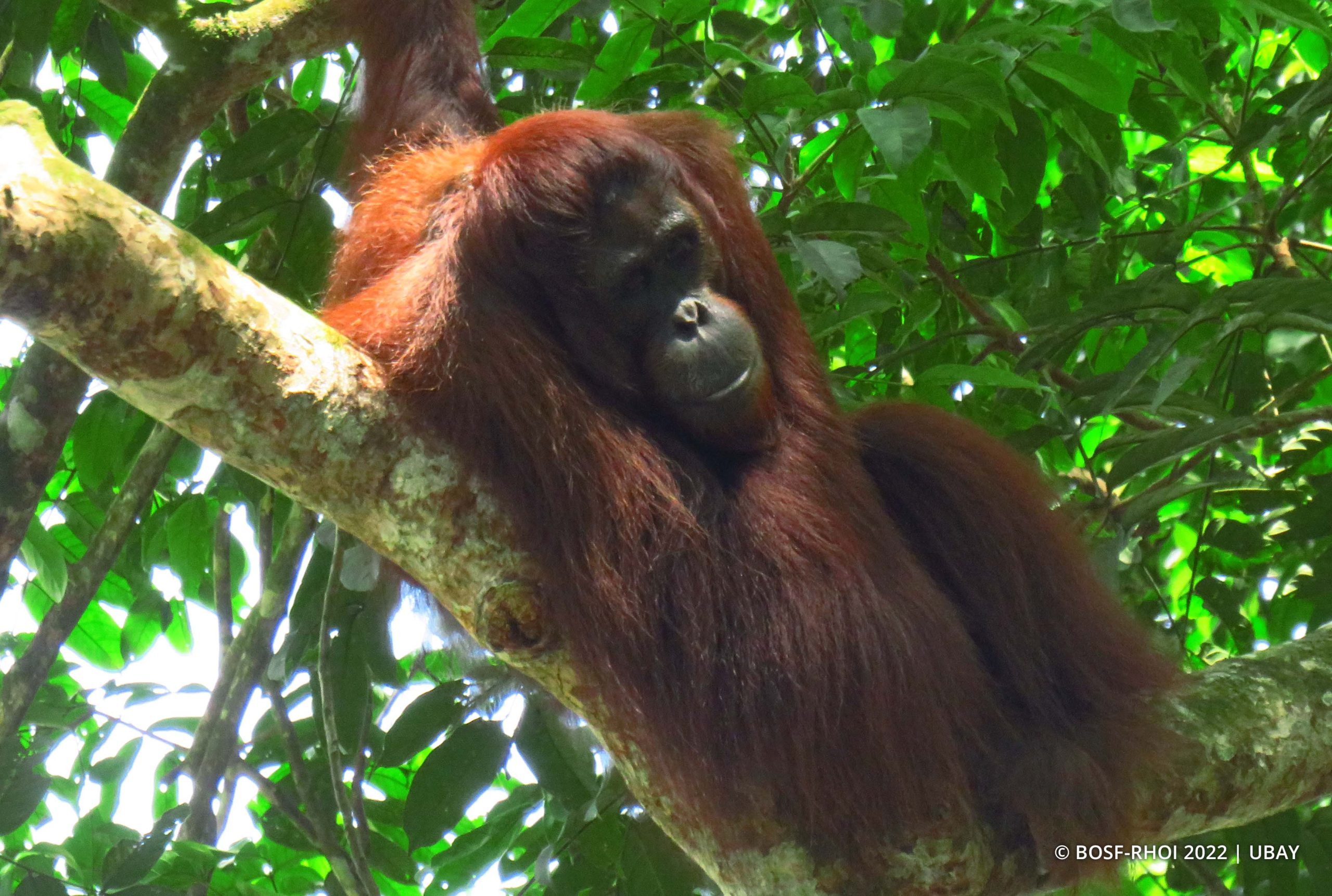 In early September of last year, the BOS Foundation monitoring team conducted nest-to-nest observations on Desi, a female orangutan residing on Juq Kehje Swen Island. The team, consisting of Aluna, Ubay, Rustam, and Erik, had been preparing since the morning to head to the nest Desi had built and slept in the night before. The team didn’t want to miss watching the moment Desi woke up. Unfortunately, things did not go according to plan.

Desi was not found in her nest and last known location. After searching for her whereabouts for a quite some time, the team finally found her sitting leisurely on a branch, casually observing the humans below who had been looking for her. Since Desi was not found in her nest, the team had to change the recorded data on her for that day from ‘nest-to-nest’ to ‘found-to-nest’ observation.

On that day, Desi followed after our PRM team, which ended up being divided into two groups. Our team members presumed that Desi was hungry at the time and seeking food from her human observers. They had to quickly retreat and hide to avoid her and continue on with their observations. 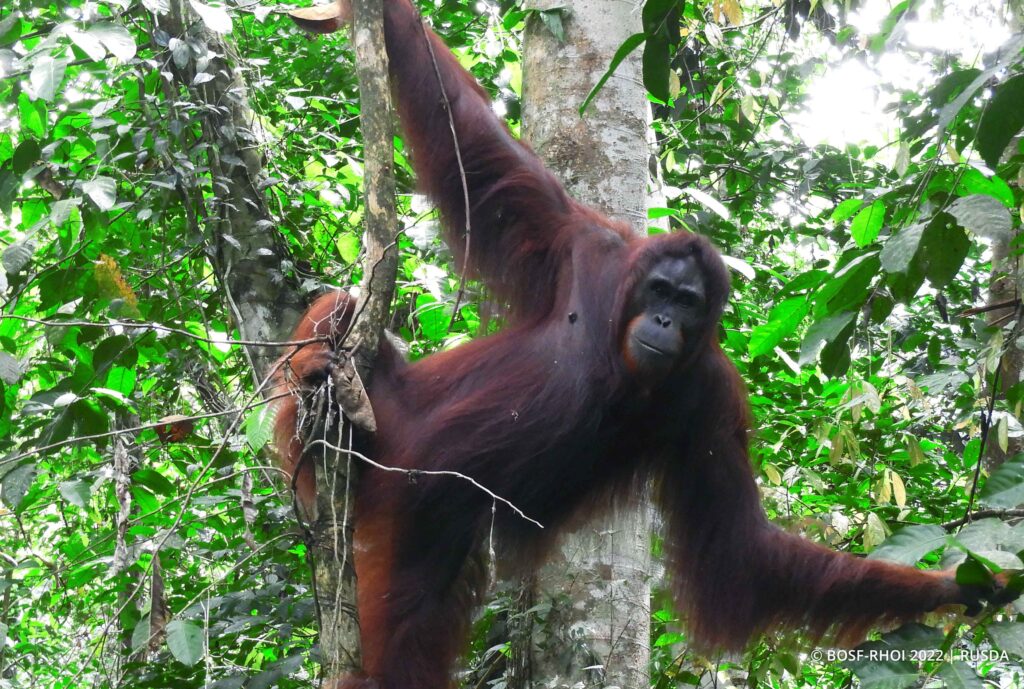 Desi also acted in a peculiar manner, she appeared to try to make a mat out of twigs, dry leaves, and bushy branches that she had yanked off the tree she was in. She compiled all the materials and then sat on them. Clearly uncomfortable, she soon got up to rearrange her seating pad, and when satisfied sat back down again. Desi repeated this reorganising of her materials several times, while our PRM team members held back their laughter at her comical routine. 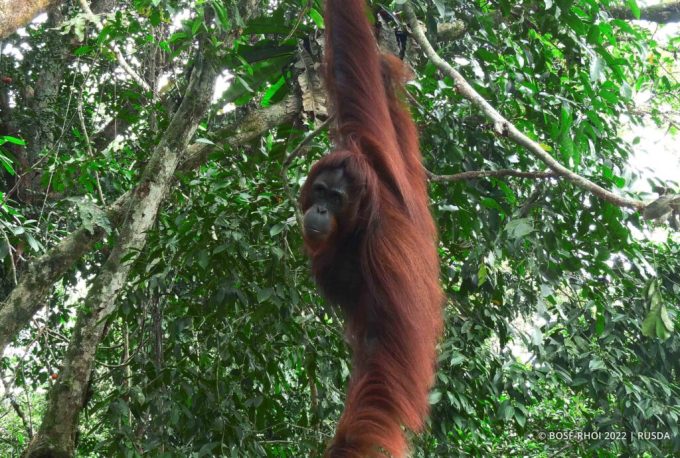 Throughout the day, Desi sought out suitable trees to explore and rest within. She dangled silently for a while, as though waiting for technicians to pass by in a boat to deliver food. When our monitoring team finally brought the supplementary food delivery, Desi immediately noticed that her observers were preparing to hand over food. She rushed over right away, took the fruit, and ate with gusto. Of course, the first thing she devoured was the mango, her favourite!

After finishing lunch, our split team swapped shifts to take turns observing Desi. They observed her as she also nibbled on some natural leaves and plant fibres, and after eating enough, she climbed up into the trees to dangle.

Our team decided to stay a little longer into the late afternoon, to confirm where Desi was nesting. Half an hour passed, with no sign of Desi preparing to build her night nest, instead, she lay down on the branch of a Ficus benjamina tree, the same one she had been waiting in earlier. With the sun setting, our team had already observed Desi for twelve hours, yet she still had not built a best for the night. Still it had been a productive observation and it was well and truly time to head back to camp after a long, tiring day.