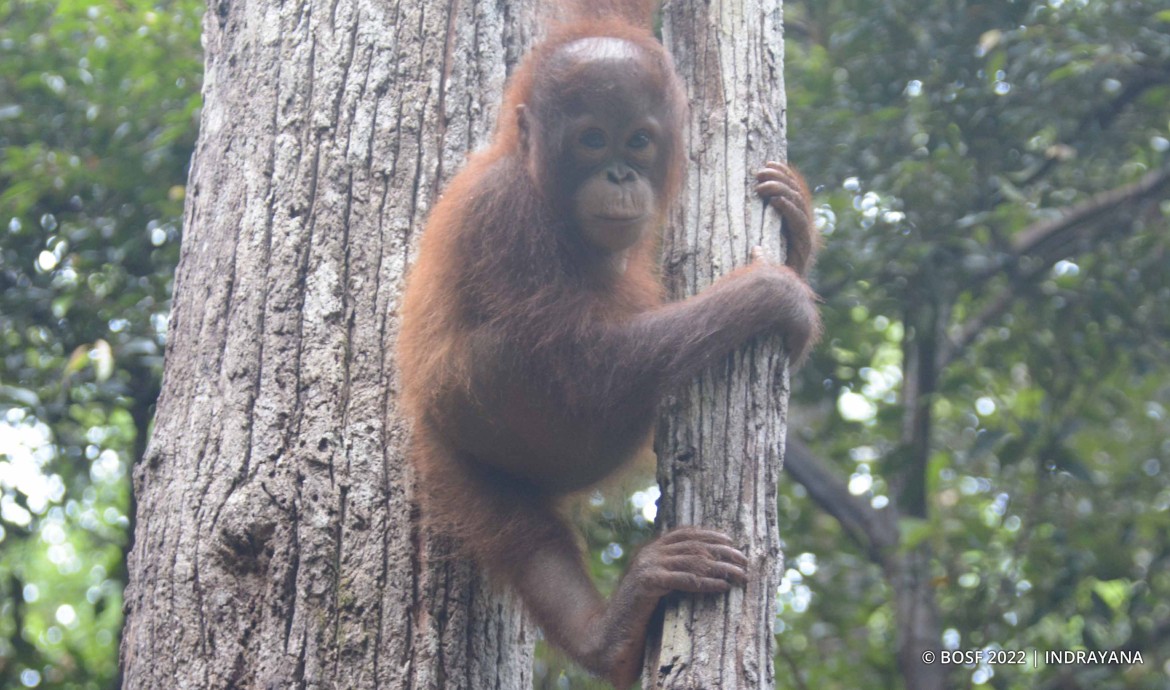 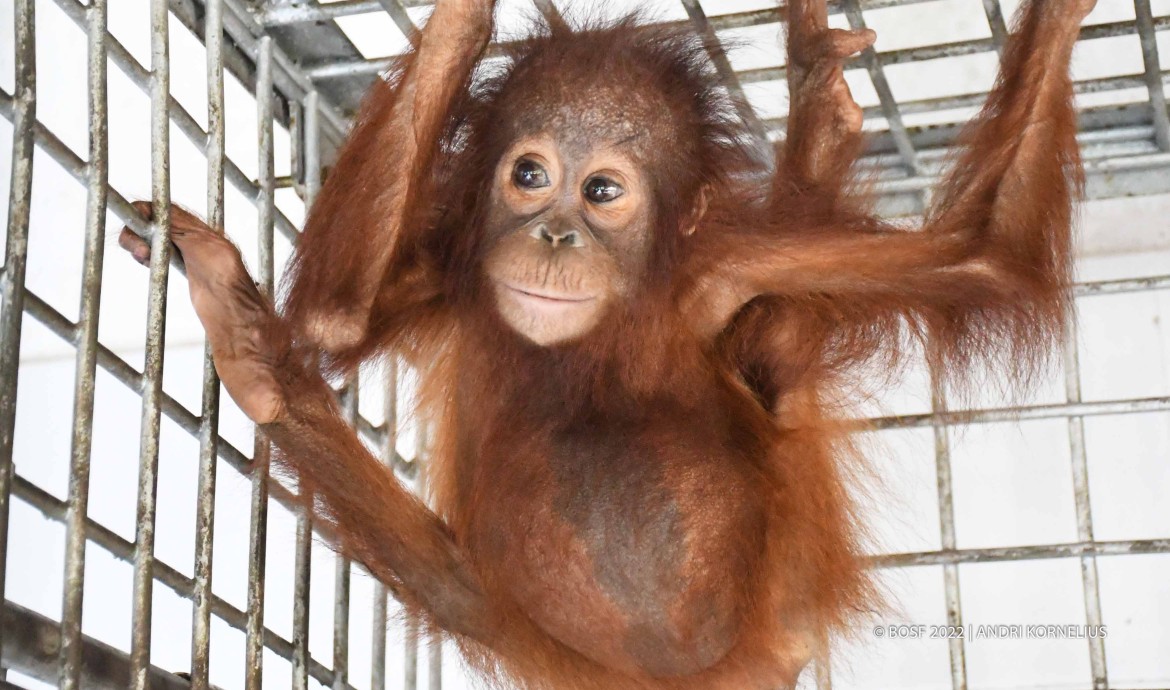 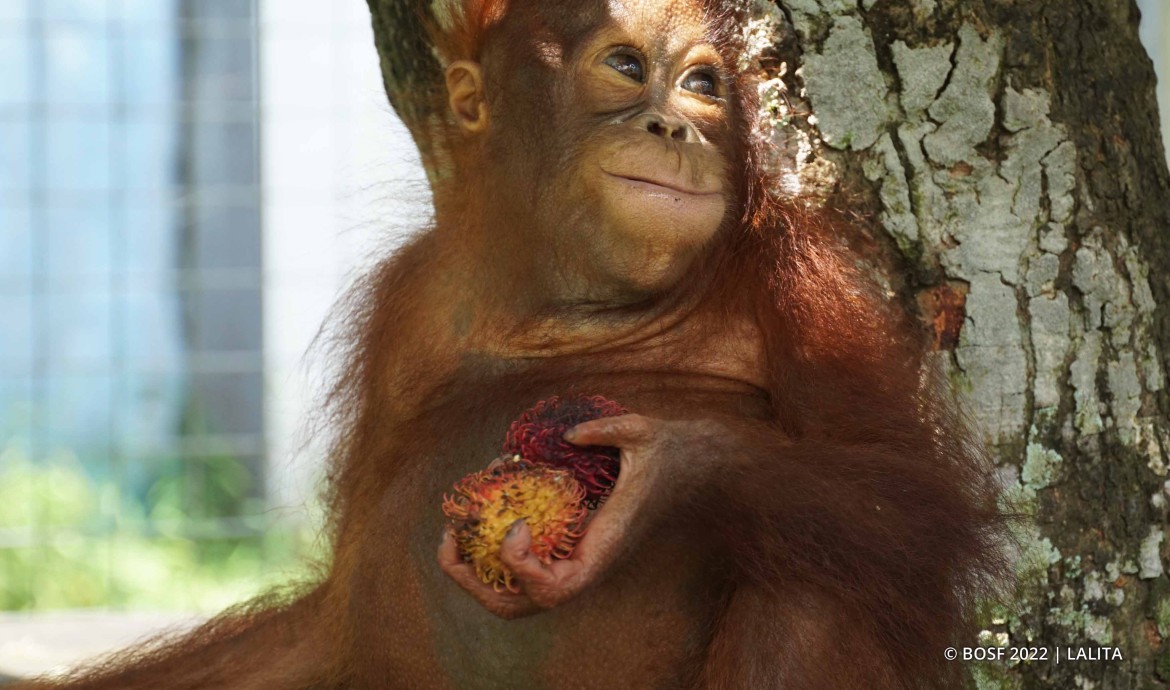 This year, our Nyaru Menteng Orangutan Rehabilitation Centre has taken in several traumatised, orphaned orangutans, including young, female Temon. Together with the Central Kalimantan BKSDA, our team helped rescue Temon on June 8, after receiving word she had been kept by members of a small community for several weeks. We suspect that her mother was killed in conflict with humans.

At first, Temon seemed to hate humans. She nervously bit anyone who tried to touch her, making it difficult for Veterinarian Agus to move her from the transportation vehicle into an quarantine enclosure. Agus was bitten several times on his hands in the process. It then took a few weeks for Temon to trust the surrogate mother who was put in charge of taking care of her. After completing quarantine, Temon joined a small group of orangutans around the same age in Forest School.

It was evident from the first day that Temon already possessed the skills required to climb and explore the Forest School area. She has since proven herself to be quite an independent orangutan, only occasionally descending to the forest floor to grab some food or drink from the surrogate mothers. Afterwards, she usually climbs straight back up into the canopy until it is time to leave Forest School in the afternoon. Temon can also make nests, a skill she exhibited while still in quarantine. Despite being very independent, Temon will sometimes still seek attention from our surrogate mothers.

Temon often keeps the surrogate mothers on their toes, especially when she becomes engrossed in exploring the forest or constructing nests, and does not return to the Baby House. However, our surrogate mothers can usually encourage Temon to return to her night enclosure with an order of milk or fruit.

Temon's favourite food is sweet, ripe papaya. Other orangutans will eat just the papaya flesh and leave the skin behind, but Temon savours every morsel of papaya she can get her hands on. Her body now looks noticeably larger, due in part to her love of eating and habit of snatching food from her friends.

We believe that Temon is more than capable of cruising through every stage of rehabilitation, until she can eventually return to her true home in the wild.