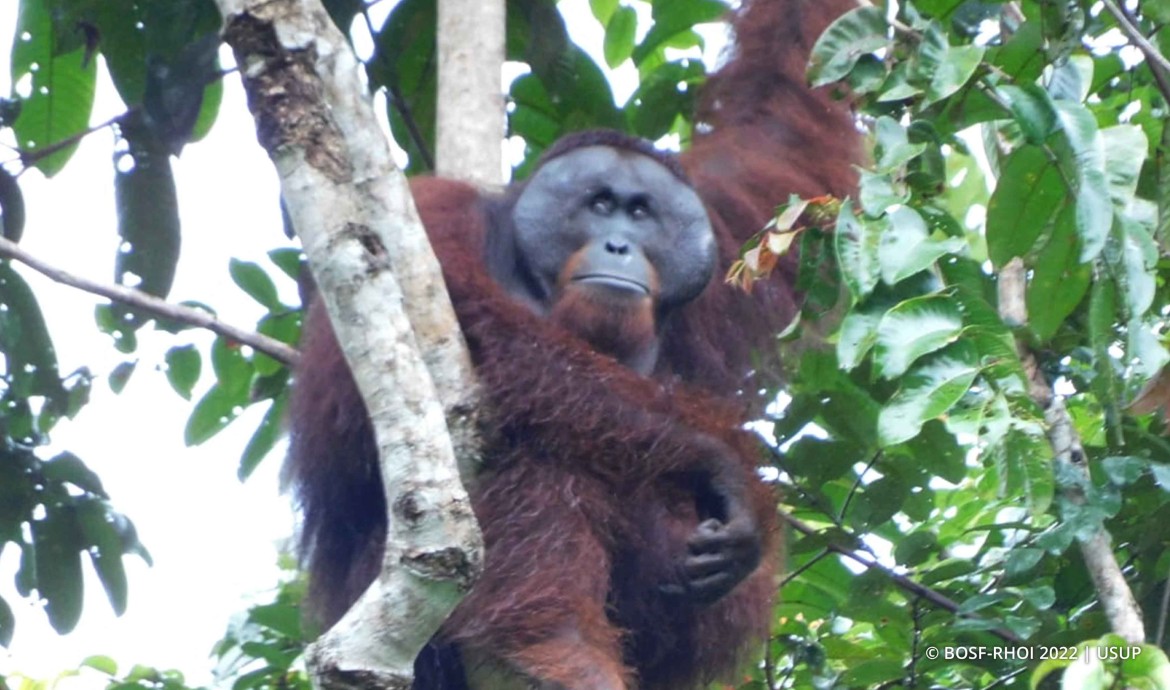 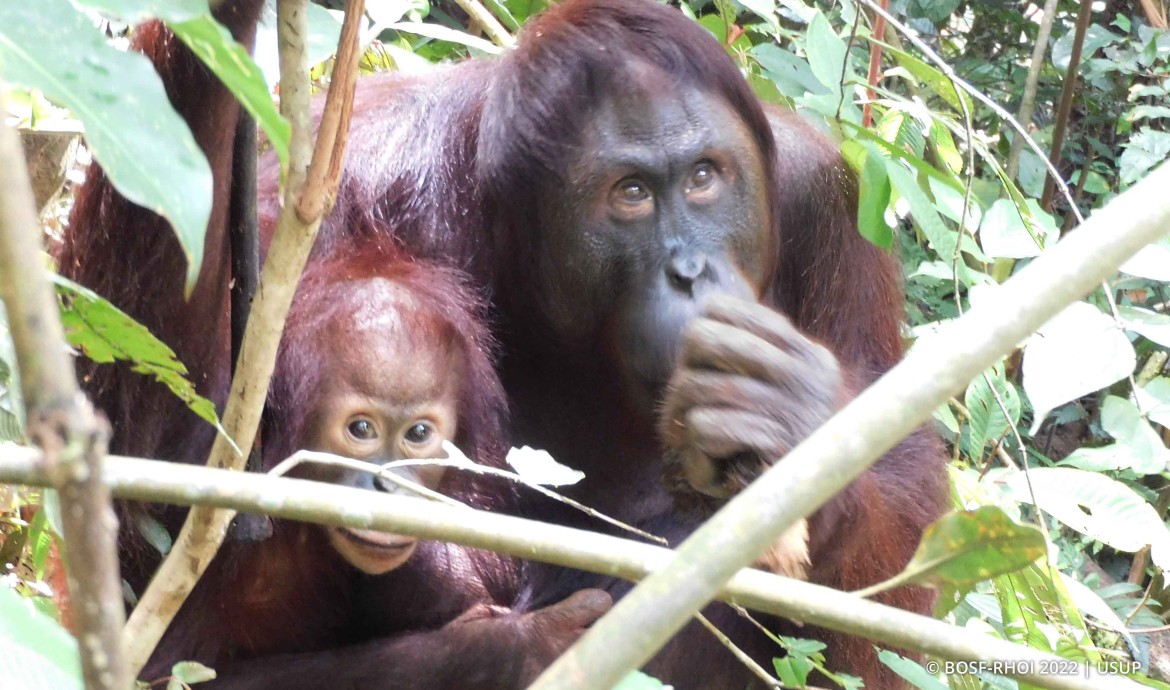 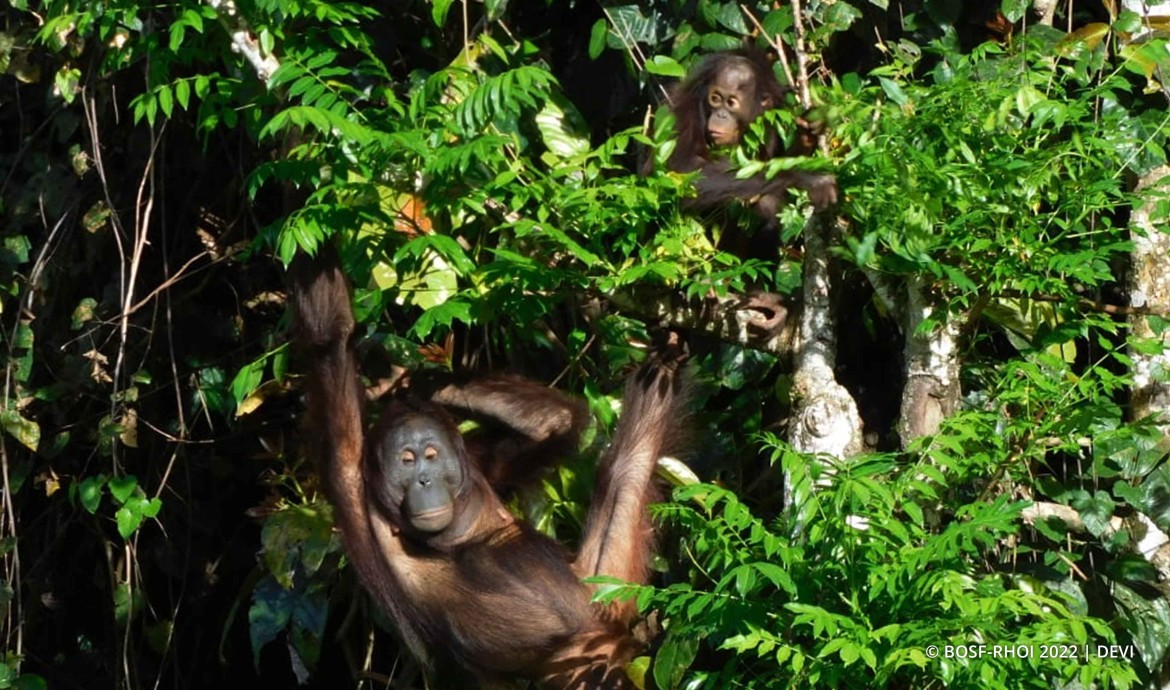 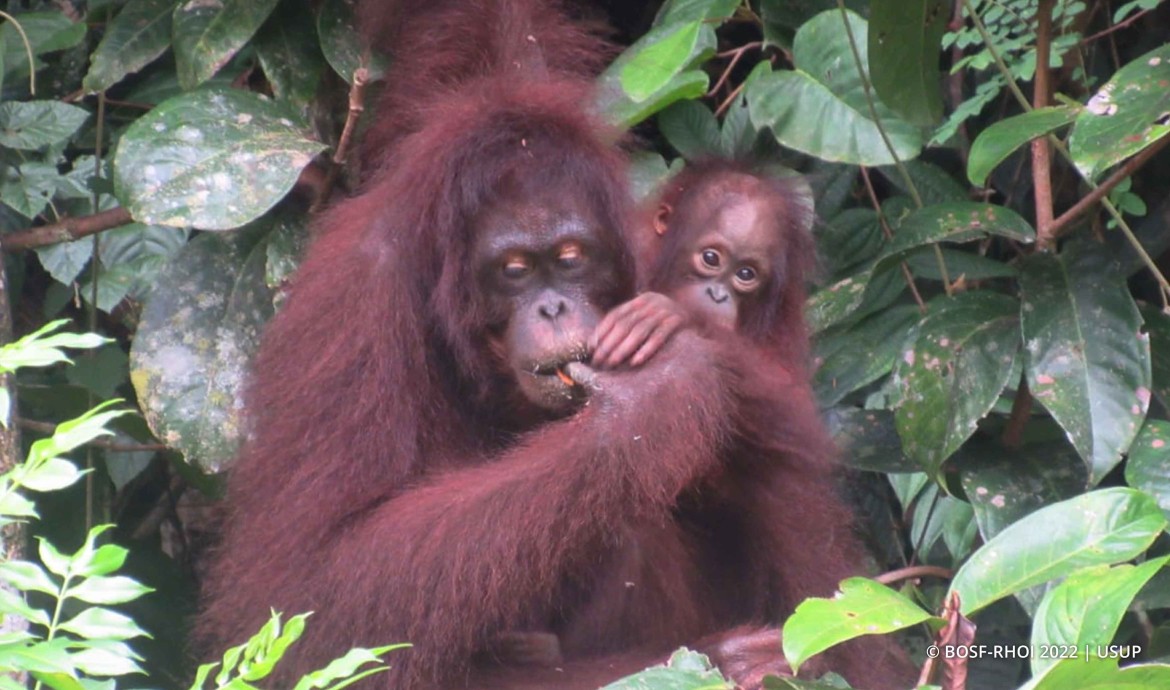 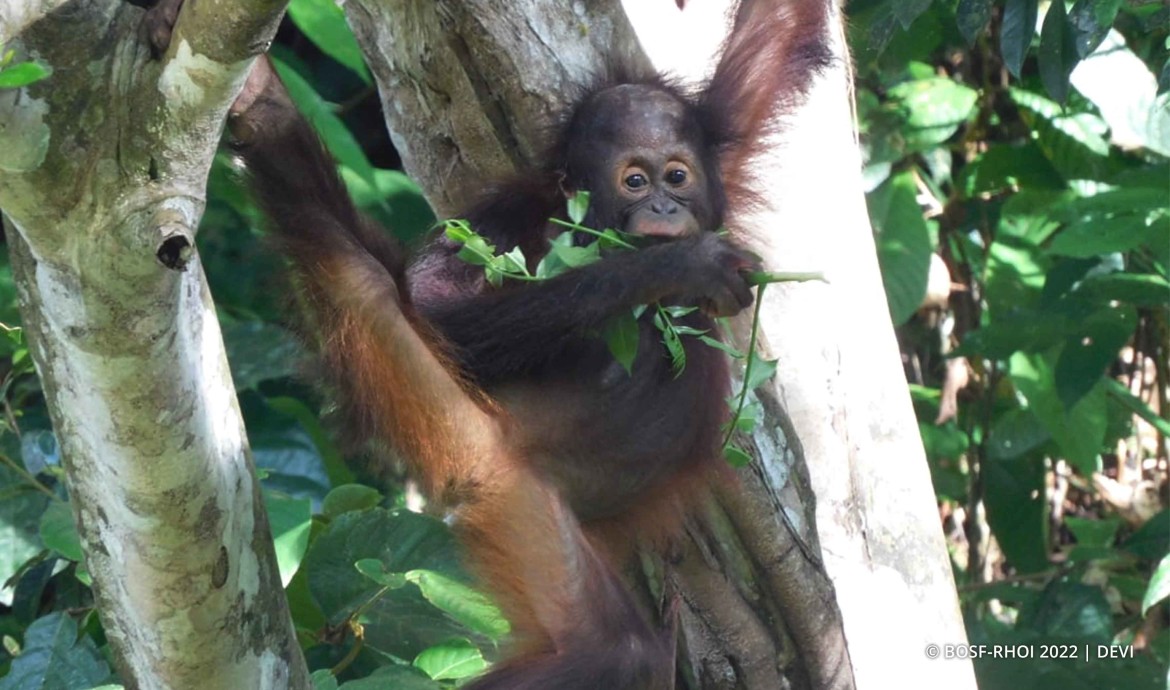 Baby Ayu having a snack

Earlier this year, the BOS Foundation Post-Release Monitoring (PRM) team from Camp Lesik in the Kehje Sewen Forest, East Kalimantan, was out observing orangutans when a big cheekpadder named Hamzah suddenly appeared out of nowhere!

The PRM team set off on foot that day and headed toward the Mountain Belah area, with plans to reach Transect Berlian. The team stopped at the Gunung Belah River to check for orangutans, but could not find any.

On their journey, they first had to pass Transect Mobil Mogok, which, as the name suggests, is notorious for damaging vehicles (‘mobil mogok’ means ‘car breakdown’). However, as the team negotiated Transect Mobil Mogok, movements could be seen in the trees off of the transect. On their approach, the team found Theresa and her offspring, Berani, as well as Sayang and baby Padma, nearby.

The PRM team had just started observing Berani, when Hamzah suddenly appeared from nowhere! The mothers and their children decided right away it was time to make a quick exit. But during their quick retreat from Hamzah, they also managed to lose their human observers! The team tried to track down Berani, but couldn't find him again because Teresa had taken him up the steep slope to escape the chaos.

After this, the team decided to head back to camp, but on the way found a young orangutan looking for food. This time, it was Ayu, the daughter of Lesan. The PRM team members started observing Ayu, who was found near Transect Lung. However, they didn’t get to observe her for long, as Ayu came down from the trees and quickly left the area with her mother. It was then that, again, Hamzah made a sudden appearance! The team was unable to catch up with Ayu, as she had moved deep into the middle of the forest and away from the main transect.

The team waited a while to see if Ayu would show herself, but ultimately had to give up and head back to camp, disappointed. This time, it was not only our PRM team’s activities that were interrupted by Hamzah, but the three mother-infant pairs were also disturbed by his presence.

Hamzah certainly knows how to bring the mood down! #bummer {;(|}