25 July 2019 — The Borneo Orangutan Survival (BOS) Foundation, in cooperation with the East Kalimantan BKSDA, has successfully released another six orangutans from the Samboja Lestari Orangutan Rehabilitation Centre and into the Kehje Sewen Forest. These orangutans were freed over the two releases which brought the total number of orangutans released in East Kalimantan since 2012 to 103. This is a continuation of the #OrangutanFreedom campaign aimed at releasing as many orangutans as possible to natural forests, and pre-release or sanctuary islands.

Release preparations began on the morning of 23 June, when the BOS Foundation’s Samboja Lestari medical team started administering the pre-transport anaesthetic to the release candidates. Assisted by technicians, the vets used blow-darts to sedate the orangutans before conducting a final health examination on each and gently placing them into transport cages. Meanwhile, the animal welfare team busily prepared fruits and leaves for the orangutans to eat on the journey. 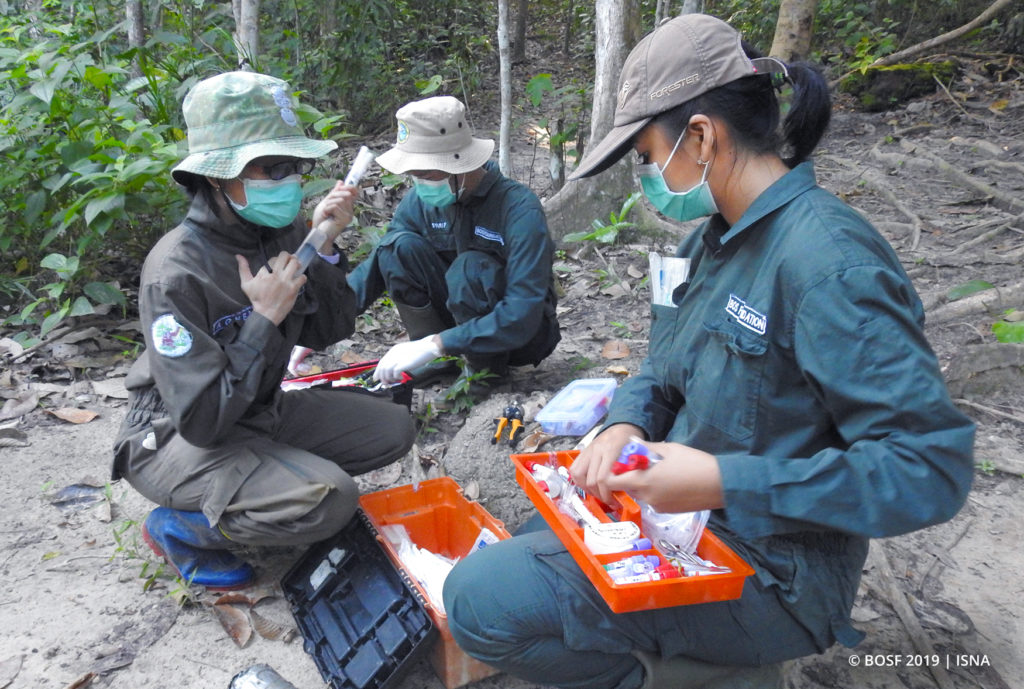 Preparing the orangutans for departure

Once the orangutans were ready and secured, the team loaded them onto 4×4 trucks and headed off to Muara Wahau. Throughout the 14-hour journey, the release team stopped every two hours to rest and check on the orangutans. The following morning, the team loaded the transport cages onto kelotok long boats. Next, they faced the swift current of the Telen River, and reached the Pelangsiran village within 45 minutes. 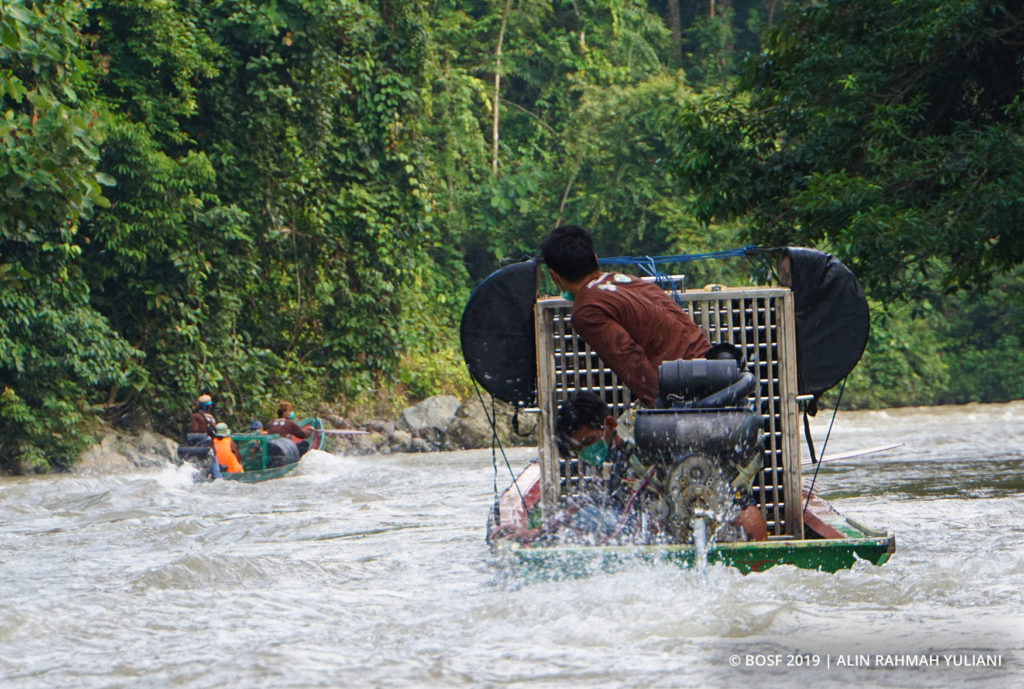 Boat trip on the Telen River

The trip from Pelangsiran to Camp Lesik was no less challenging than the river trip. The team took 4×4 trucks that had been specially modified to navigate hilly terrain and mud, and cross creeks. Even with the special alterations, the convoy became stuck in the mud on several occasions and the team had to manually free the vehicles. One vehicle even broke down whilst attempting to cross a river. 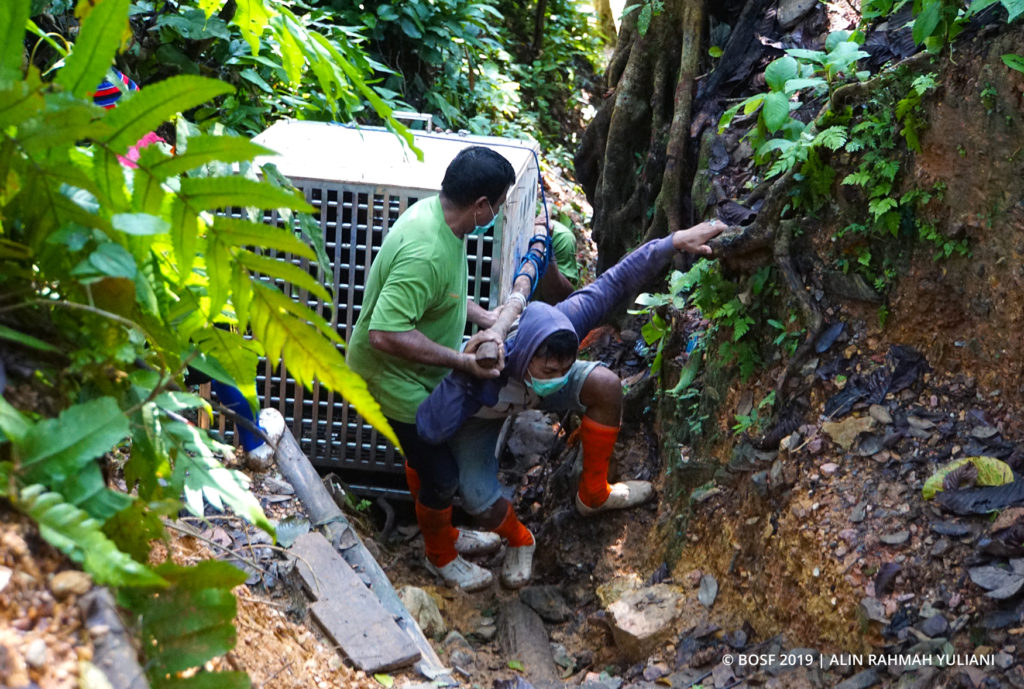 The team works hard to transport the cages to Pelangsiran

After this treacherous journey through the forested hillside and fast-flowing rivers, the team finally arrived at Camp Lesik, in the northern portion of the Kehje Sewen Forest, just as the sun was beginning to set. In the past, releases to this area had the privilege of using air transport, which reduced not only the risk, but also the time involved. However, using a helicopter has become too costly, so the BOS Foundation has been forced to begin transporting orangutans over land and by river. 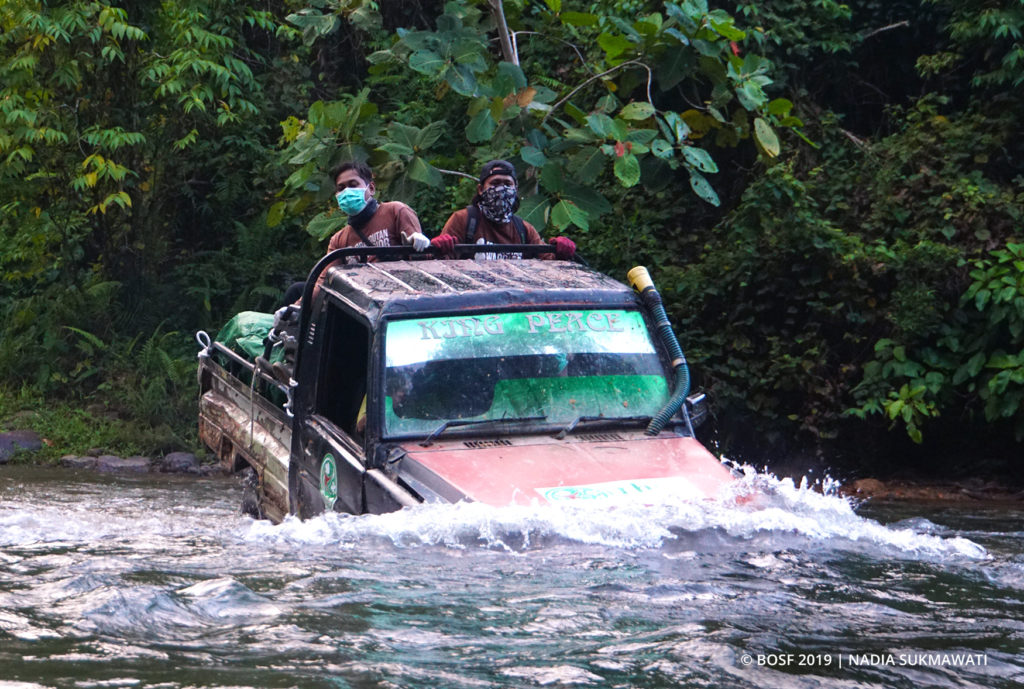 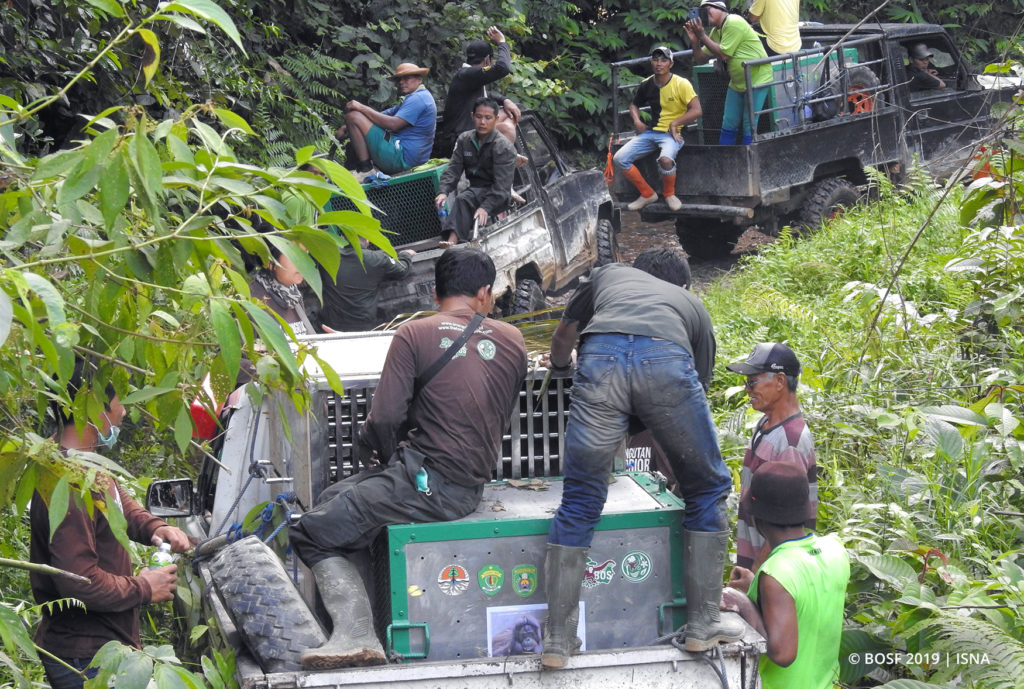 Along the journey from Pelangsiran to Camp Lesik

At long last, on 26 June, the four orangutans into the Kehje Sewen Forest! Petak, the only female of the group, was the first to be released, followed by Komo, Gino, and Zakir. Each of the four orangutans emerged slowly from their cages, took a few seconds to stop and take in the shady surroundings, and then climbed into the trees. 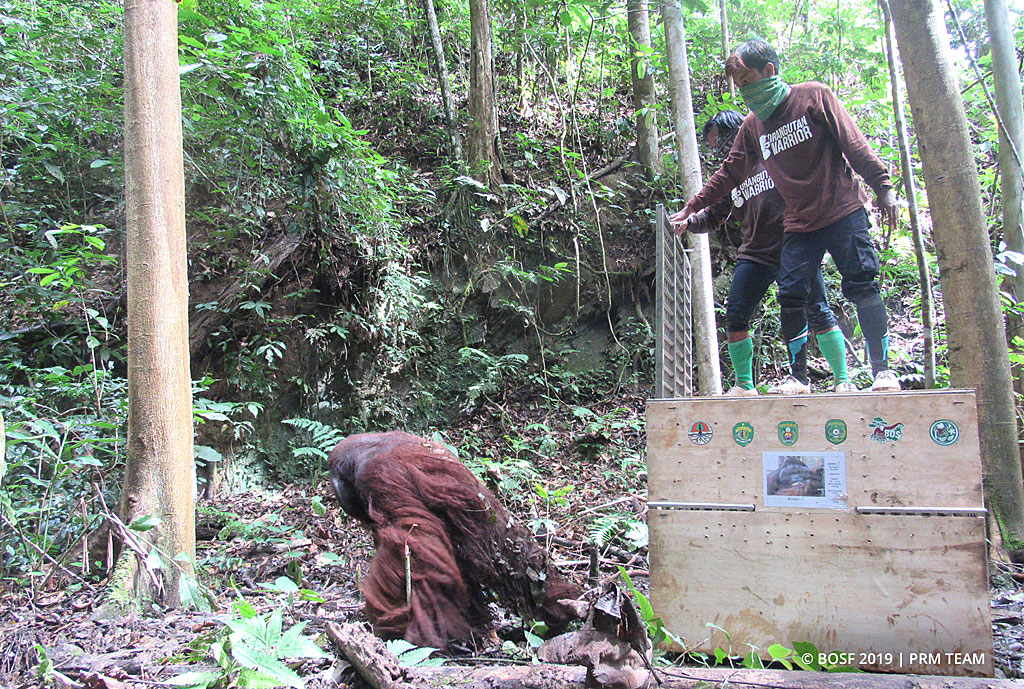 Two weeks later, two more orangutans were released from Samboja Lestari to the Kehje Sewen Forest: a 25-year-old male, Lito, and a 22-year-old female, Laila. Both were released in the same area, after travelling the same difficult route to the north. Again, the trek took a full 2 days, but by 9 am on 10 July, Laila and Lito were finally free, and joining Komo and friends in the Kehje Sewen Forest. 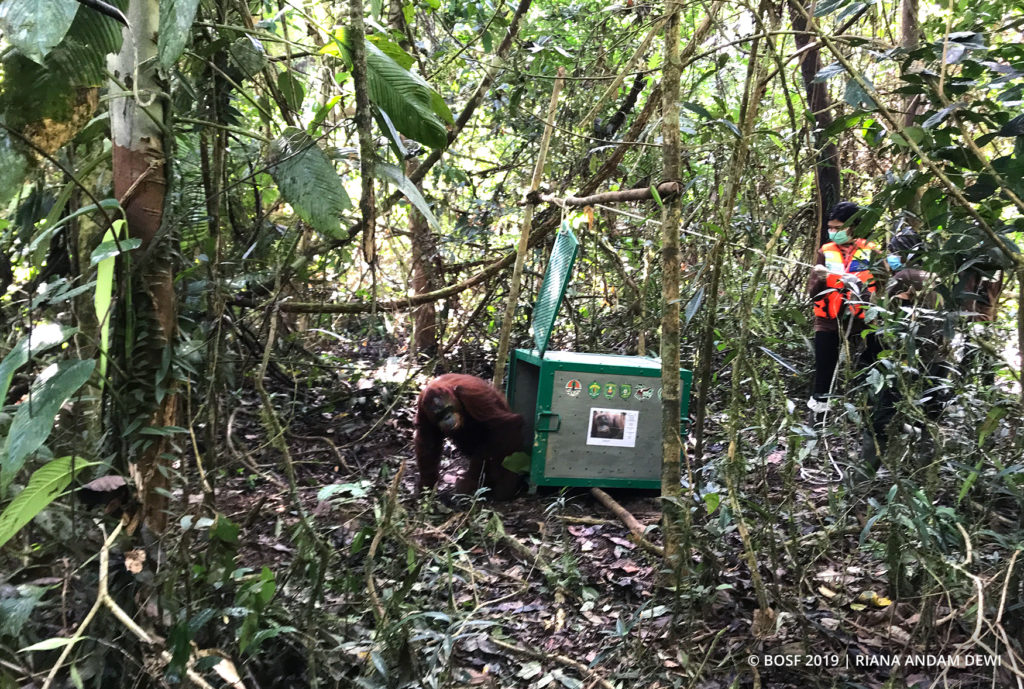 Our release team members were relieved and happy to witness the pair gain true freedom in the wild.

With our 18th and 19th releases the total number of orangutans released by the BOS Foundation in East Kalimantan has surpassed 100! This means that the population of orangutans in the Kehje Sewen Forest is growing ever closer to its carrying capacity of 150 orangutans. Considering that there are approximately 140 orangutans still undergoing rehabilitation in Samboja Lestari, and many are already eligible for release, we will work quickly to acquire an alternative, suitable release location in East Kalimantan. To achieve this we need support from various stakeholders, particularly in regard to financial assistance, transportation, and logistical support. We hope to see more orangutans in East Kalimantan gain their freedom and reunite with Komo, Laila, Lito and friends.

We would like to thank all the supporters of this release and our orangutan rehabilitation programs. Please keep supporting this beautifully unique species, so future generations can witness them flourishing in their forest home!