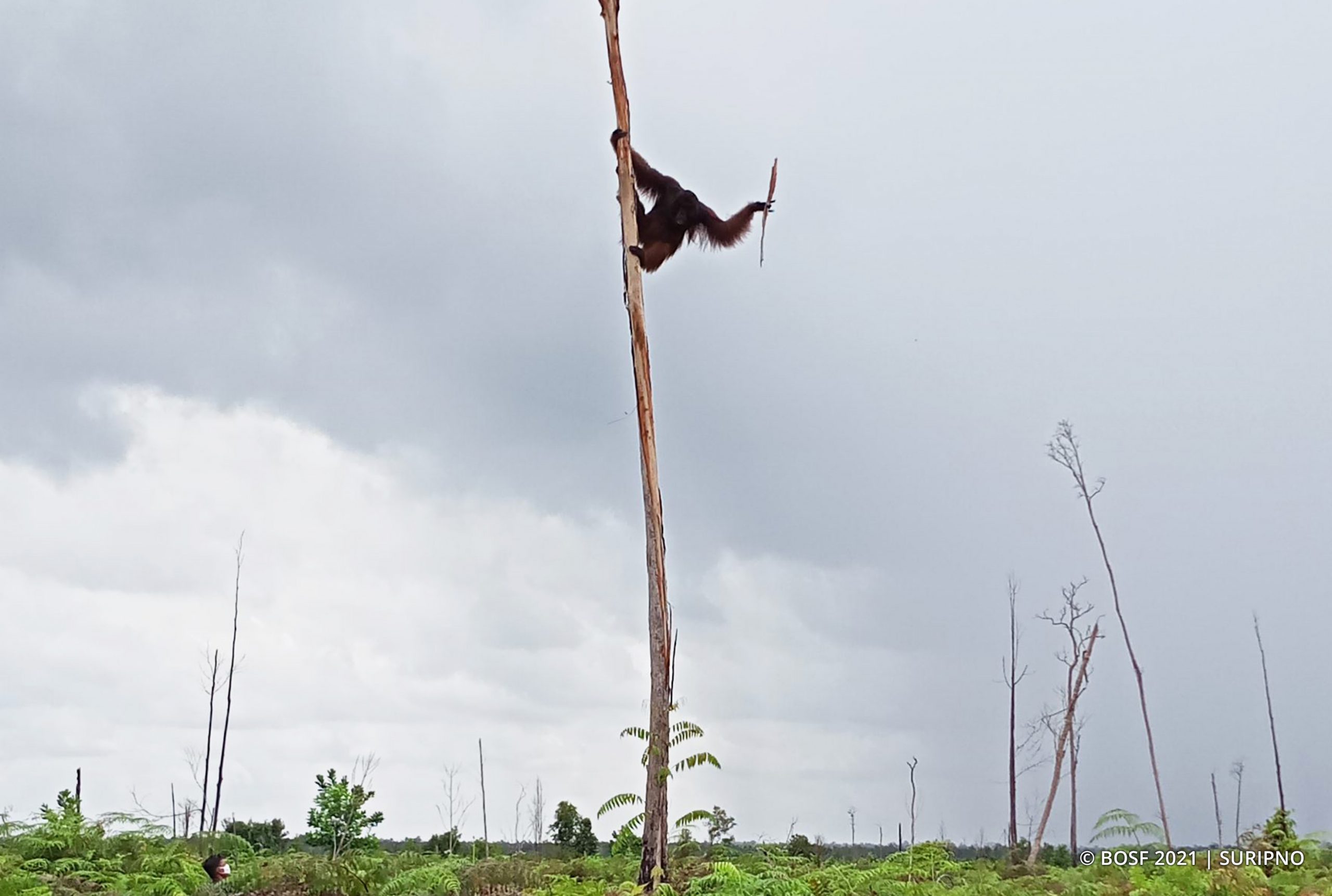 March 24, 2021 — After a turbulent 2020, the new year started quietly at our Nyaru Menteng Orangutan Rehabilitation Centre. This is, until several weeks in, at the end of January, we received a call from the Central Kalimantan Natural Resources Conservation Agency (BKSDA) to assist them in the first rescue mission of 2021. An adult male orangutan, estimated to be over 25 years old, was in need of rescuing on the outskirts of Palangka Raya, 40 kilometers from Nyaru Menteng.

We had received some information about this particular orangutan from local farmers. However, a lack of consistent reporting saw the rescue operation delayed, and it was not until 23 January 2021, when we finally had enough information to execute the rescue effort. 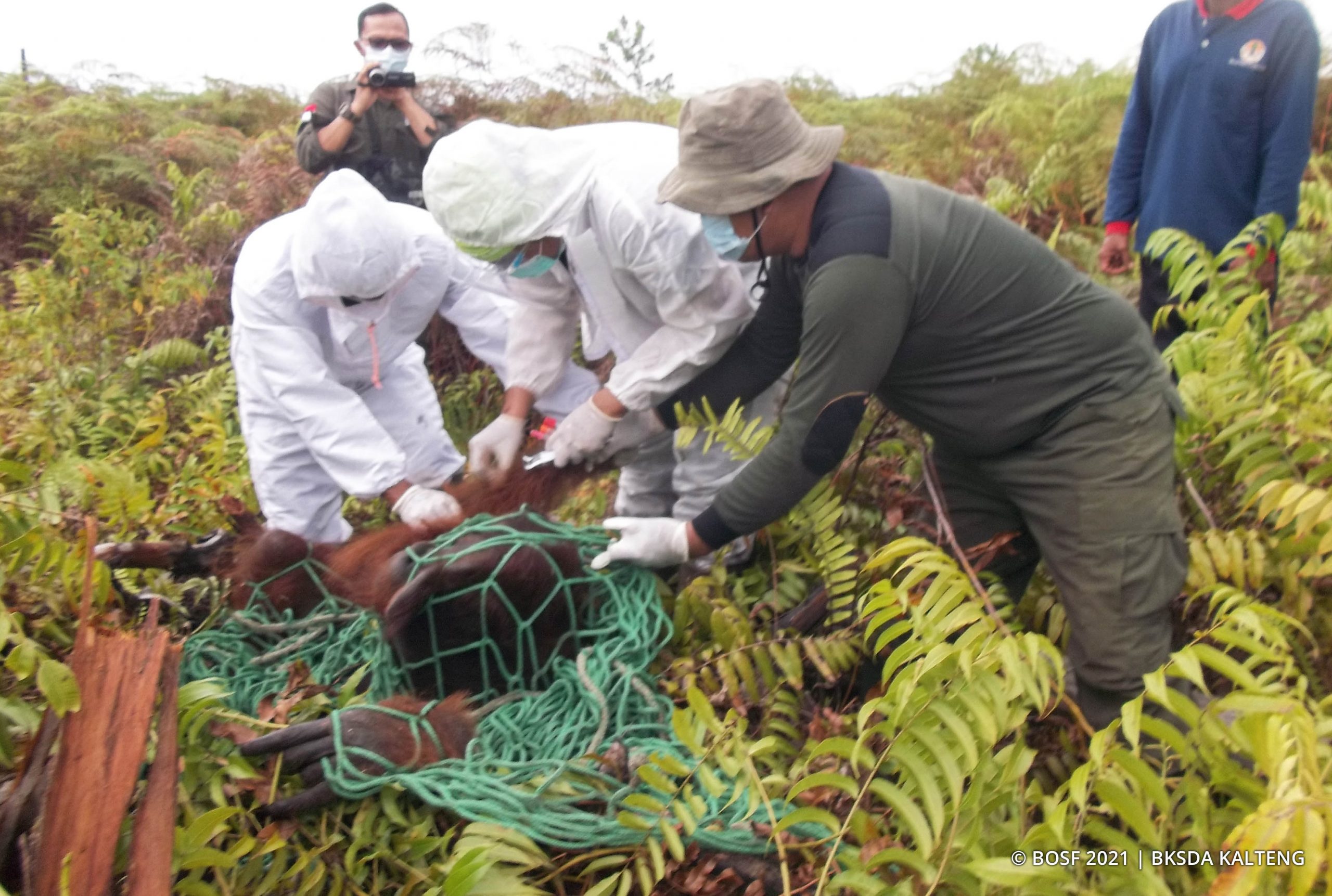 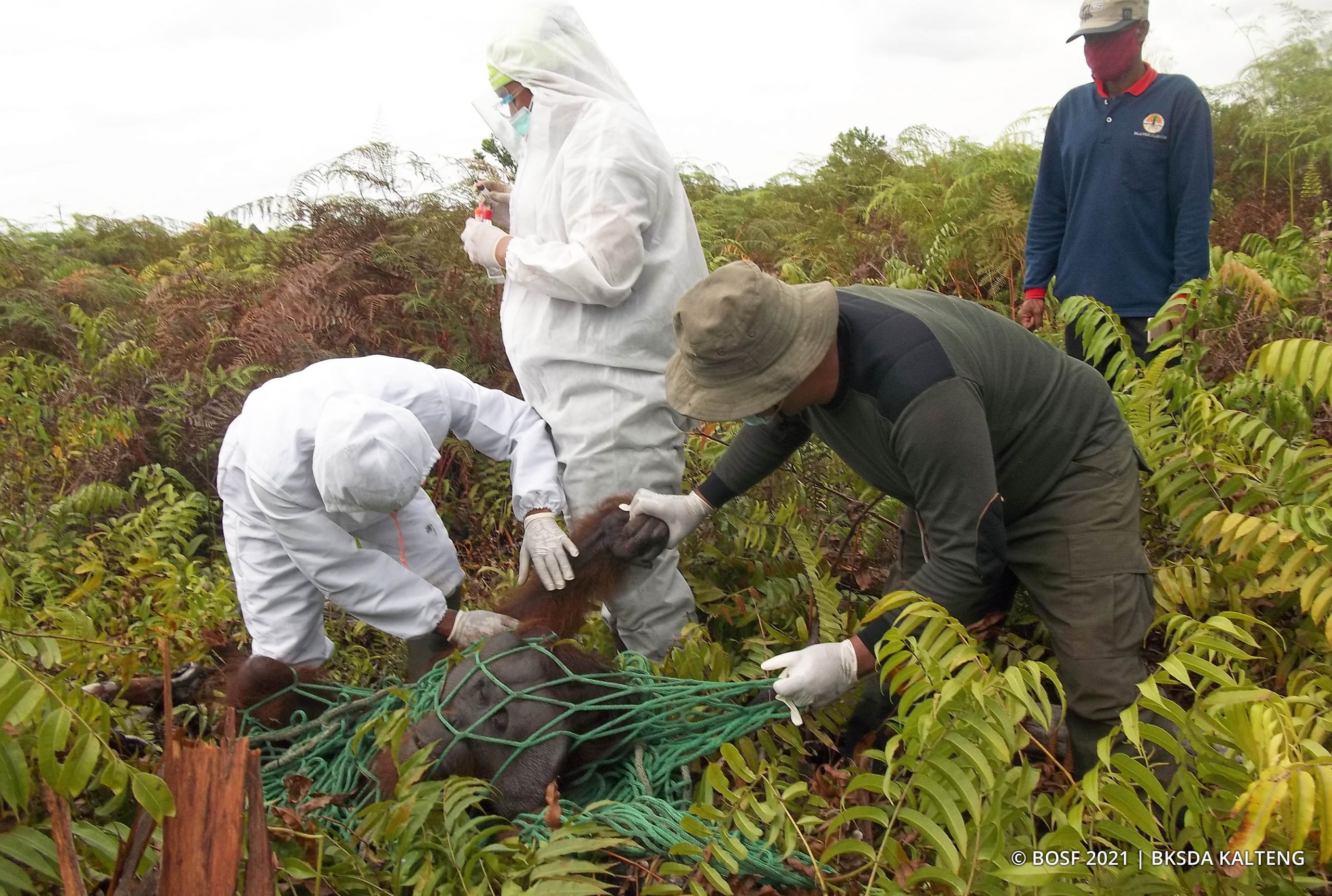 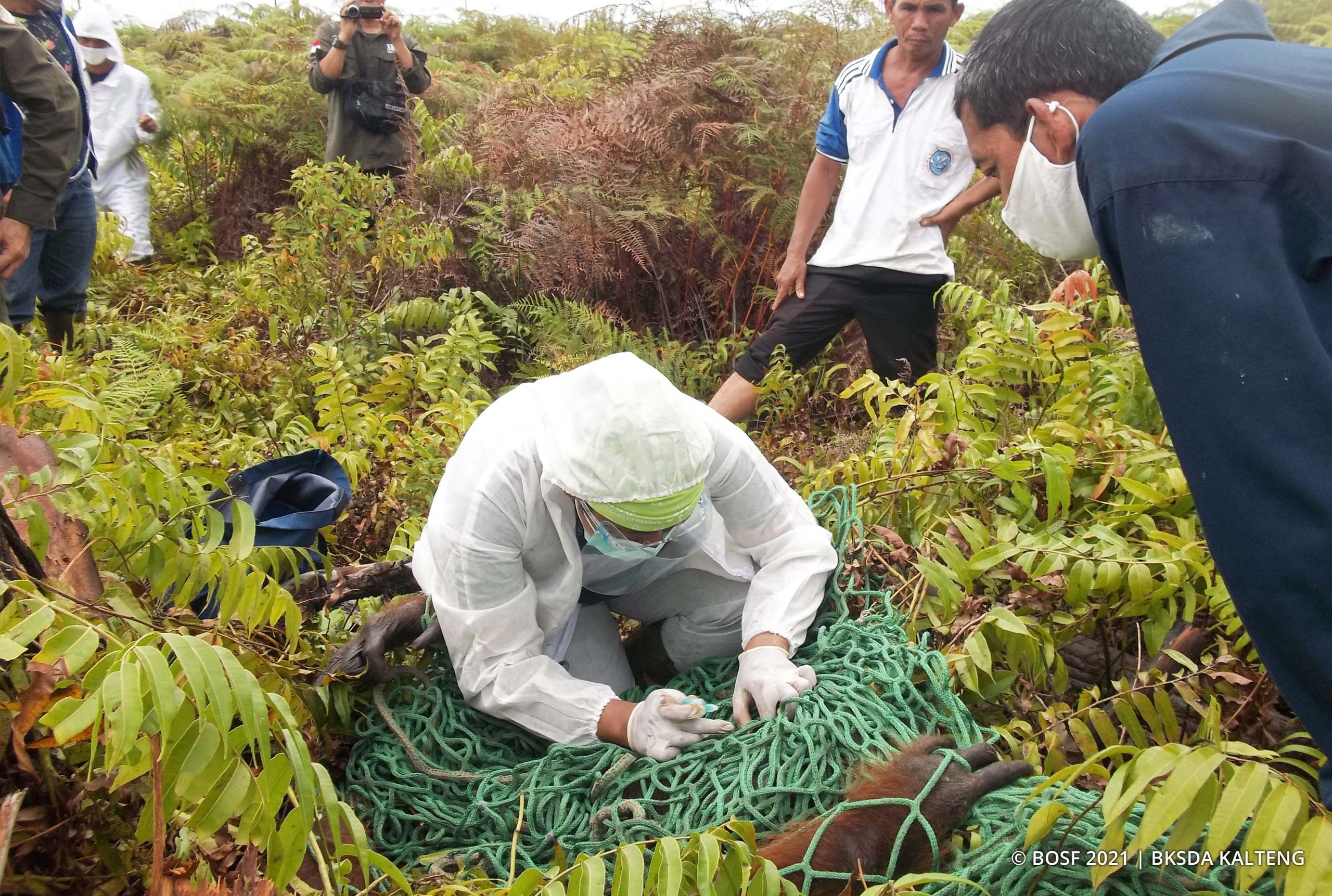 The orangutan was found in relatively good condition, but was a bit overweight, with a Body Condition Score (BCS) of 4. However, when the veterinarian on the mission took his temperature, it appeared that he had a fever despite the otherwise stable condition. The full examination revealed that he had broken the middle finger on his right hand and his lower canines at some point, but both were long healed. The decision was made to monitor and repeat testing. Quickly, his body temperature returned to normal and the temporary and short spike was attributed to the stressful situation and the intense tropical heat accompanying the midday sun.

Like other wild adult orangutans we have helped to rescue in the past, his fate was left with the BKSDA, who chose to immediately translocate him to a safer forest. As he was showing wild behaviors and was physically healthy, rehabilitation was not necessary.

We hope this male orangutan stays safe and enjoys his new home!