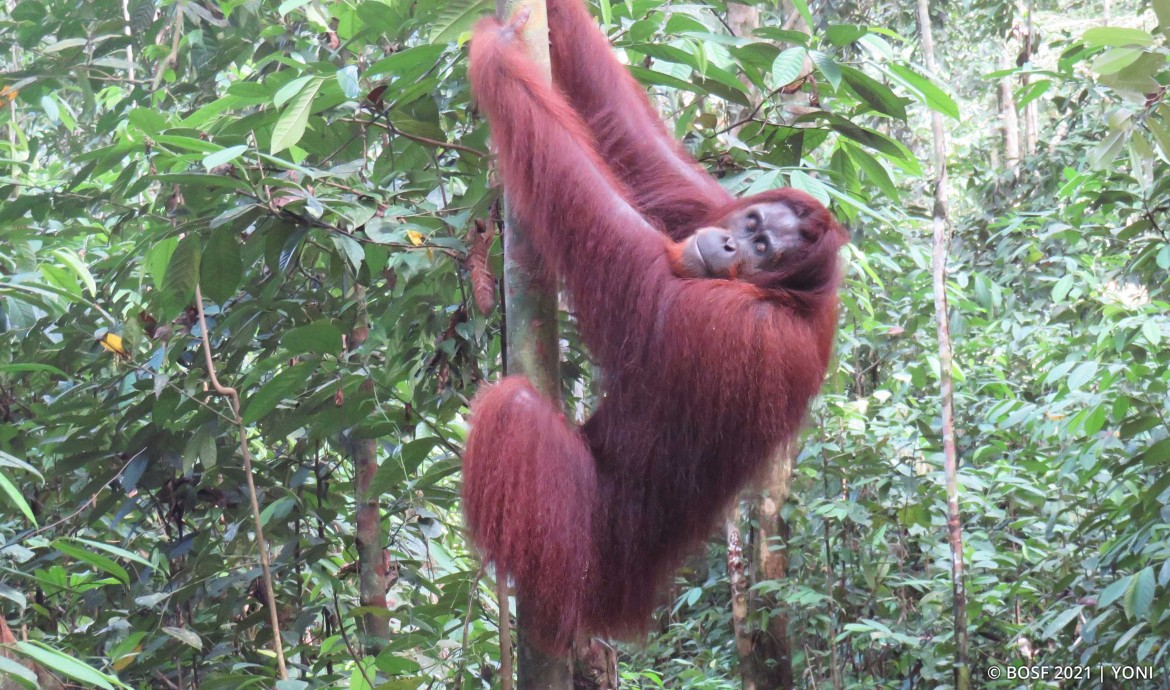 Desi loves climbing and swinging in the canopy! 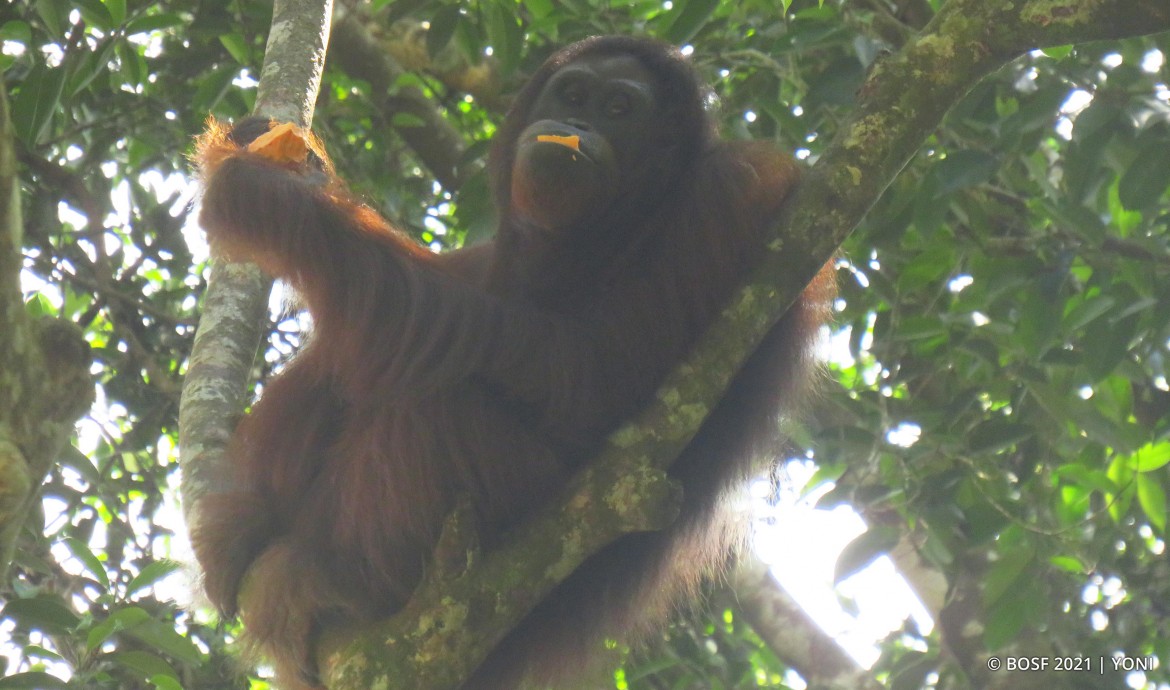 Desi having a delicious snack! 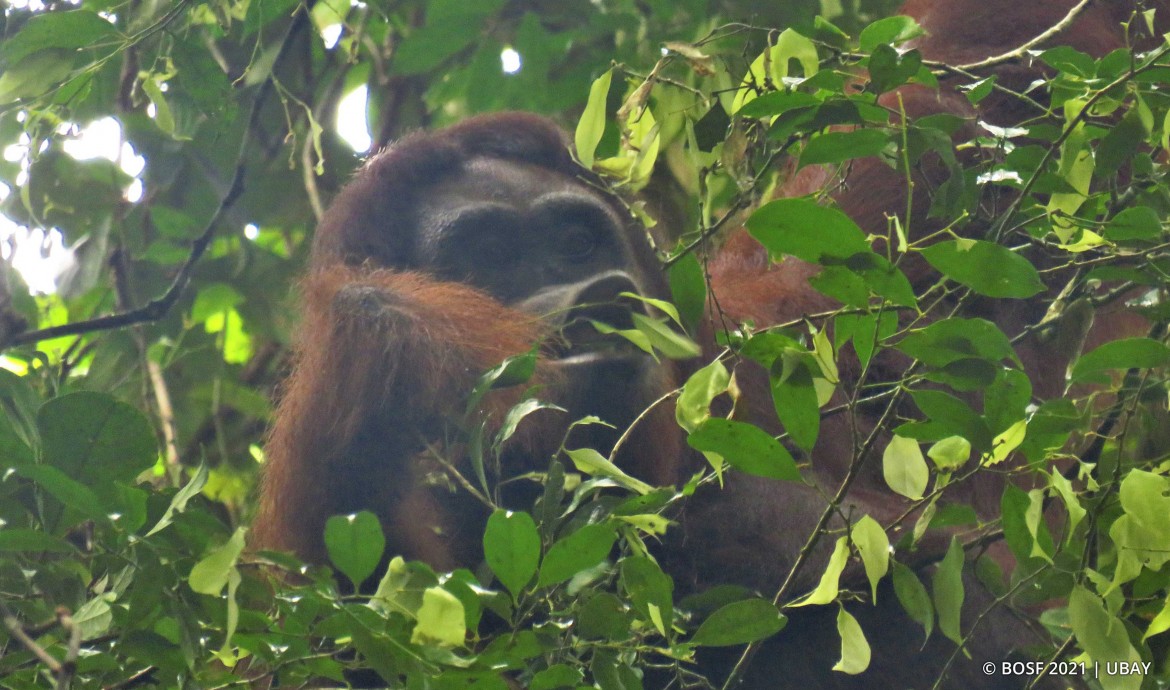 At the orangutan release sites we manage and on our pre-release islands, the BOS Foundation employs special teams tasked with conducting regular observations and collecting data on how released orangutans are adjusting to their new environment. The data on these orangutans, who live in the open, shows that they behave in a completely different manner to others still living in enclosures.

Observing orangutans may not always provide new insights for those who have worked on the monitoring team for a relatively long time, but for new team members, the experience of observing and collecting data on orangutan behaviour can be quite an eye-opener, as there is just so much to learn about this great ape species. This has certainly been the case for Ubay, the newest member of our Juq Kehje Swen monitoring team in East Kalimantan. Juq Kehje Swen is a manmade forested island covering an area of 82.84 hectares in East Kutai Regency, made possible through a collaborative effort between the BOS Foundation and PT. Nusaraya Agro Palm Oil (PT. NAS). The island is used to accommodate orangutans undergoing the pre-release stage of rehabilitation.

Ubay began his first observations on Juq Kehje Swen at the end of May, when he observed Desi, the only orangutan currently living on the island. Prior to this, Ubay had been collecting data on plant life in the forest, after majoring in cultivation. The biggest difference he had to get used to was all the movement required: plants stay still, but orangutans move about while being observed and need to be followed! Ubay had to move constantly on his first day of observations on Desi.

Over the day, Desi’s behavior showed that she quite relaxed as she mostly sat in a tree, not doing much at all. Conditions like this can make observers a bit tired, and tests new recruits’ stamina as they record orangutan activities.

For Ubay, his first time observing Desi showed him just how similar to humans orangutans are: He took careful note of Desi’s hairline, facial structure, and mouth, all of which closely resembles those of a human. Orangutans can also express emotions; Ubay even said that Desi’s facial expressions reminded him of some of the people he knows!

Ubay saw Desi’s annoyed expression when she was attacked by bees, blindly swinging her arms around in an attempt to ward off the stinging insects. For Ubay, who is relatively new to the job, his first days gave him deeper insights into how orangutans behave.

Ubay has quickly learned that it is a lot of hard work observing orangutans as a monitoring team member - but also a lot of fun!