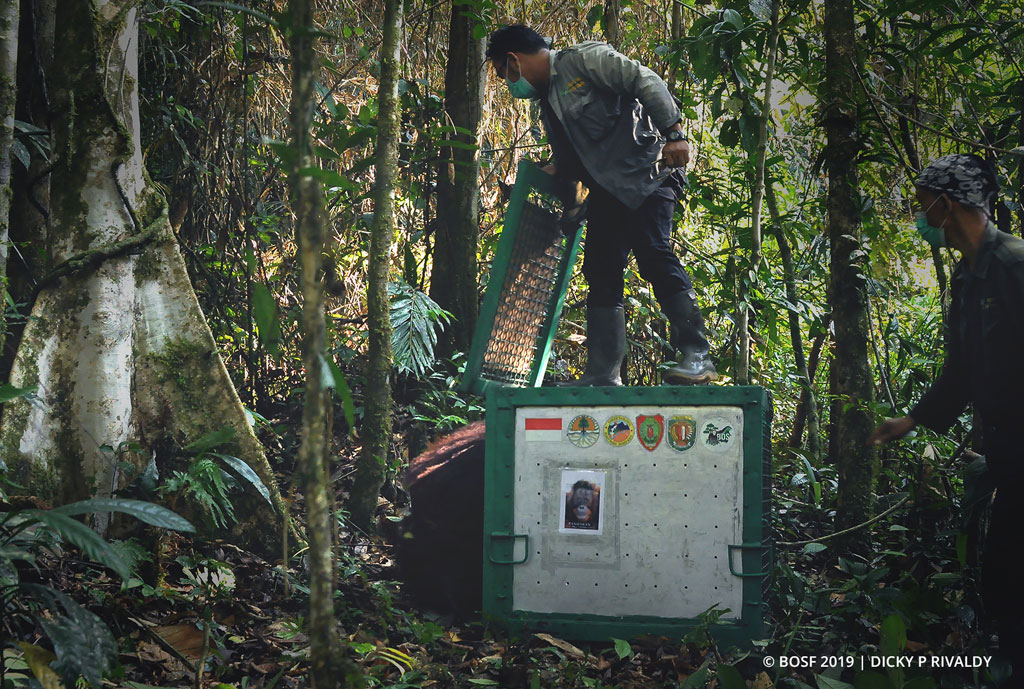 August 7, 2019 — Since its establishment in 1991, the Borneo Orangutan Survival (BOS) Foundation has remained committed to releasing orangutans to safe forest areas in Central and East Kalimantan. Releasing orangutans that have completed the rehabilitation process is still the BOS Foundation’s main focus, in an effort to save Asia’s critically-endangered great ape species.

The BOS Foundation currently utilises three orangutan release sites; two in Central Kalimantan (the Bukit Batikap Conservation Forest, and the Bukit Baka Bukit Raya National Park) and one in East Kalimantan (the Kehje Sewen Forest). In total, these sites are currently carrying 410 released orangutans and 18 wild-born babies, and are almost at maximum capacity.

Meanwhile, there are around 500 orangutans still waiting in our two rehabilitation centres, with many ready for release. In response to this challenge, the BOS Foundation has continued to release orangutans at the existing sites while working tirelessly to locate new, suitable release areas for future releases. 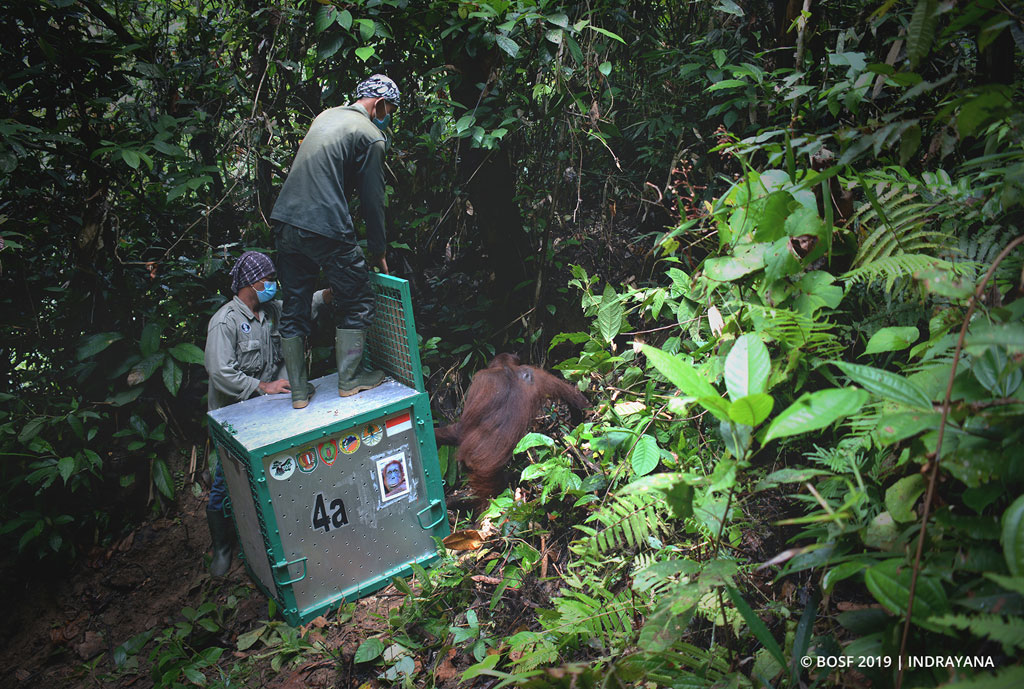 A transport cage is opened, setting another orangutan free in the TNBBBR

Unlike previous releases in the TNBBBR, this release was planned to take place at the Hiran watershed, requiring a longer travel time of 19 hours. Previous releases, which took place at the Bemban watershed, involved around 15 hours of travel. The terrain at the Hiran watershed is also more challenging, due to its fast-flowing rivers bordered by large boulders and steep contours. As a result, transporting the cages is very taxing on our team members, and requires extra caution. 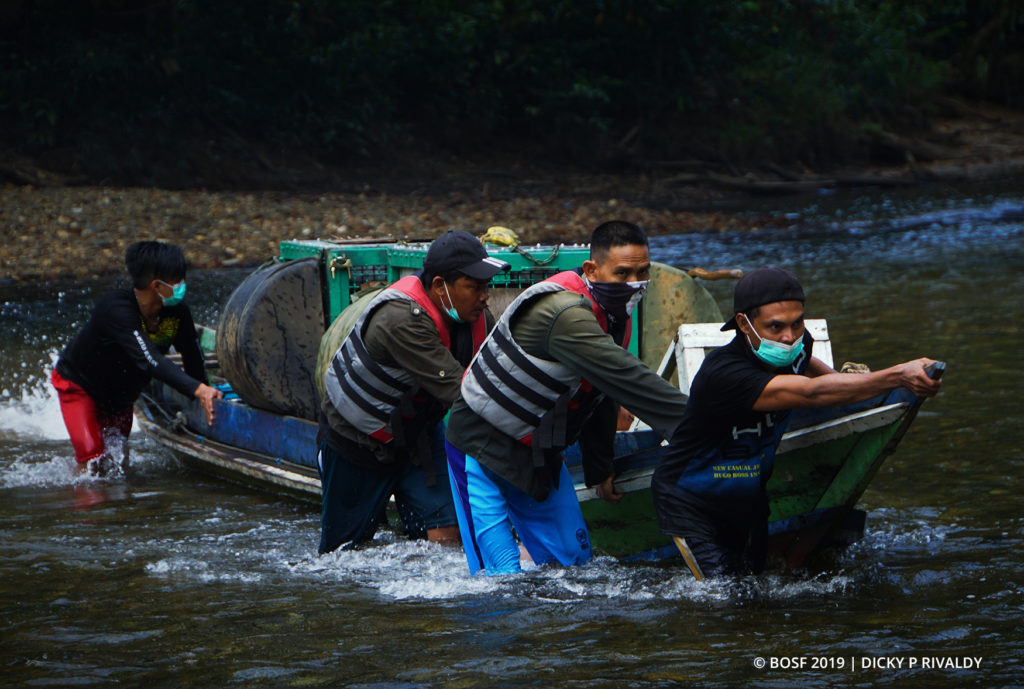 The decision to use this new release site was made based on its surrounding, untouched food-rich area. Utilising the area will offer better opportunities for orangutans to occupy new territories and minimize foraging competition, as well as ensure a more evenly-distributed orangutan population.

Currently, forest areas of the ​​TNBBBR deemed suitable for orangutan releases cover 56,649 hectares of the national park’s total 128,390-hectare area, and can carry up to 450 orangutans. The new release area we have accessed and started utilising is comprised of around 29,000 hectares, with a carrying capacity of 241 orangutans.

Thus far, we have released 128 orangutans in the national park, and are still working on identifying additional, suitable forests in both Central and East Kalimantan to accommodate the hundreds of orangutans still in our care at our rehabilitation centres. 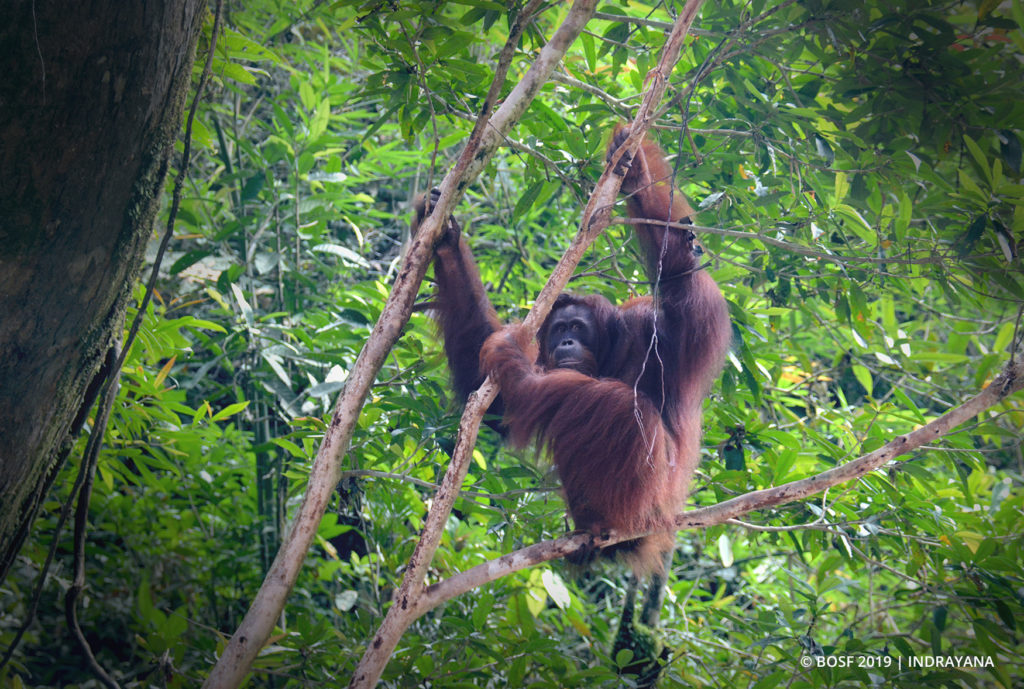 Tingky regains freedom in the forest 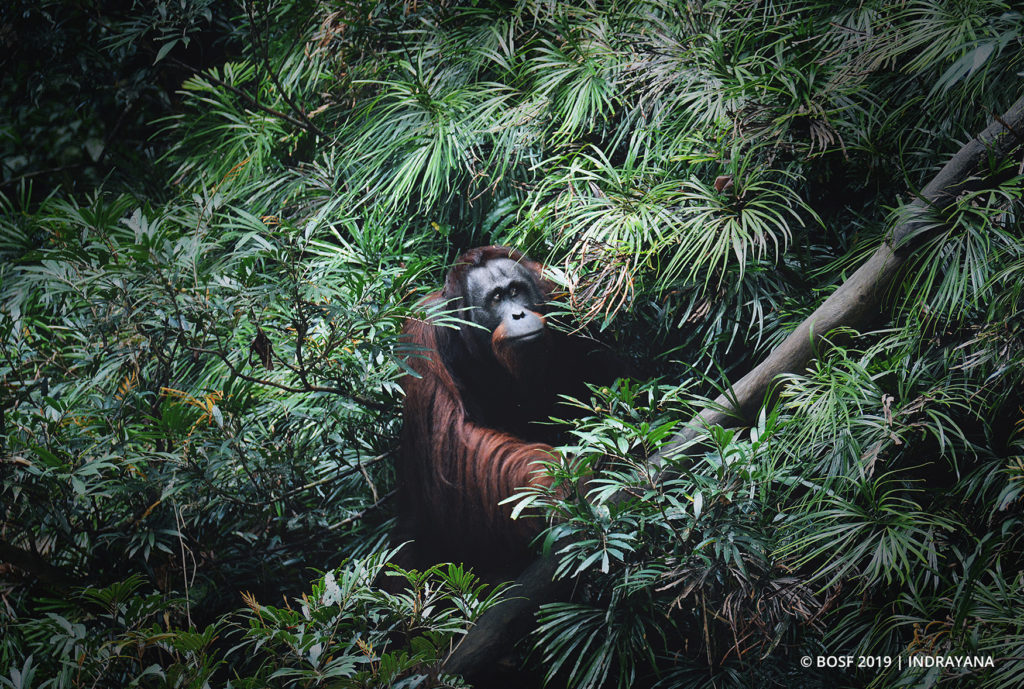 Romeo regains freedom in the forest

An orangutan release is a complex operation, with many obstacles and challenges along the way. Our current transport method involves taking the orangutans by car and boat to the release locations, which can take 19-24 hours of travel. A more efficient and effective option would be to airlift orangutans to the release sites, which we have done in the past. However, this method is costly and requires a lot of support from donors.

We remain steadfast in our commitment to saving Bornean orangutans, and hope to return as many as we can back to the forest, where they belong.