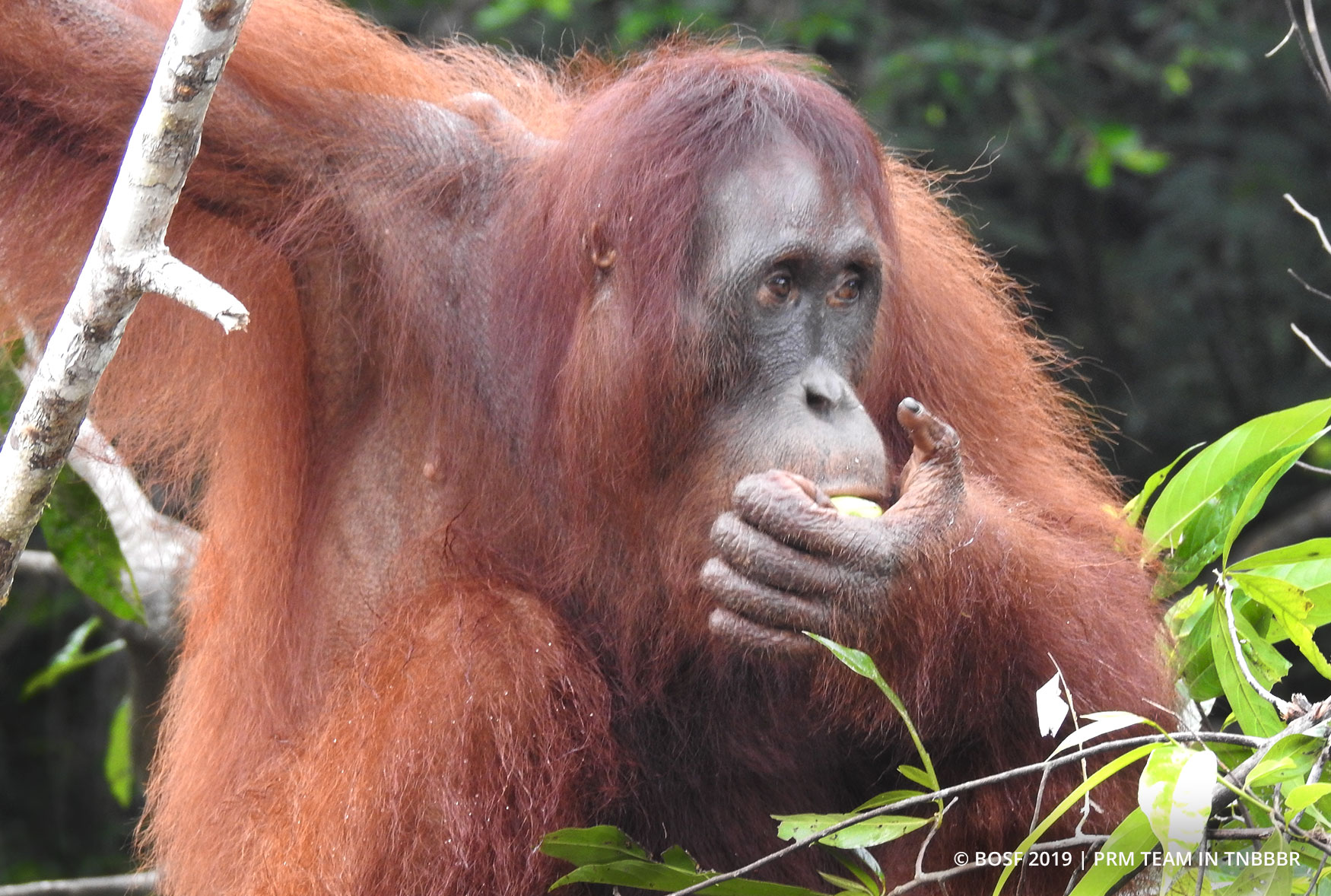 March 27, 2019 — A few days ago, our Post-Release Monitoring (PRM) team from the Lewun Kahio Monitoring Post in the Bukit Baka Bukit Raya National Park (TNBBBR) met Bulan, and mother-son duo Nanda and Ananda. All three orangutans had been released in July 2018. 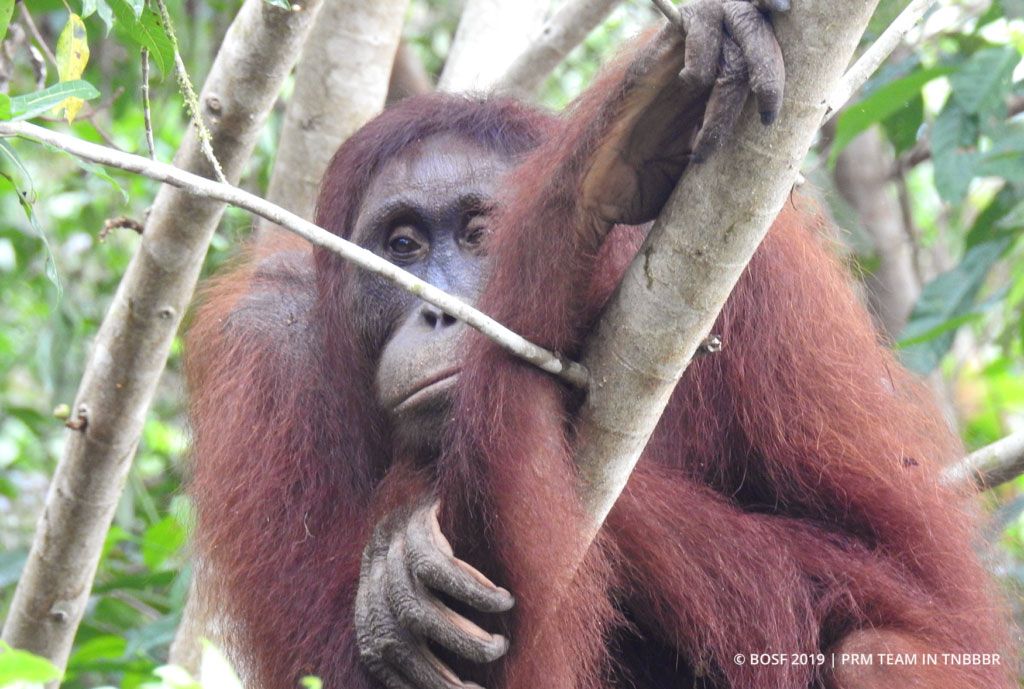 The team spotted Bulan in a location known as ‘Karangan Sebindang’. She looked happy and healthy, and throughout the day’s observations was seen consuming plenty of forest fruits and resting in the canopy.

While the team was busy observing Bulan, a radio transmission was overheard at around 10 a.m. from another PRM team that had located Nanda and 2-year-old Ananda. The two were monitored over several hours; both appeared to be in good health and were observed eating plenty of forest food, including guava-like fruits, fig fruits, and rattan shoots. They also stopped to eat termites. Ananda played alone and at a distance from mother Nanda at times, but remained under her watchful eye. 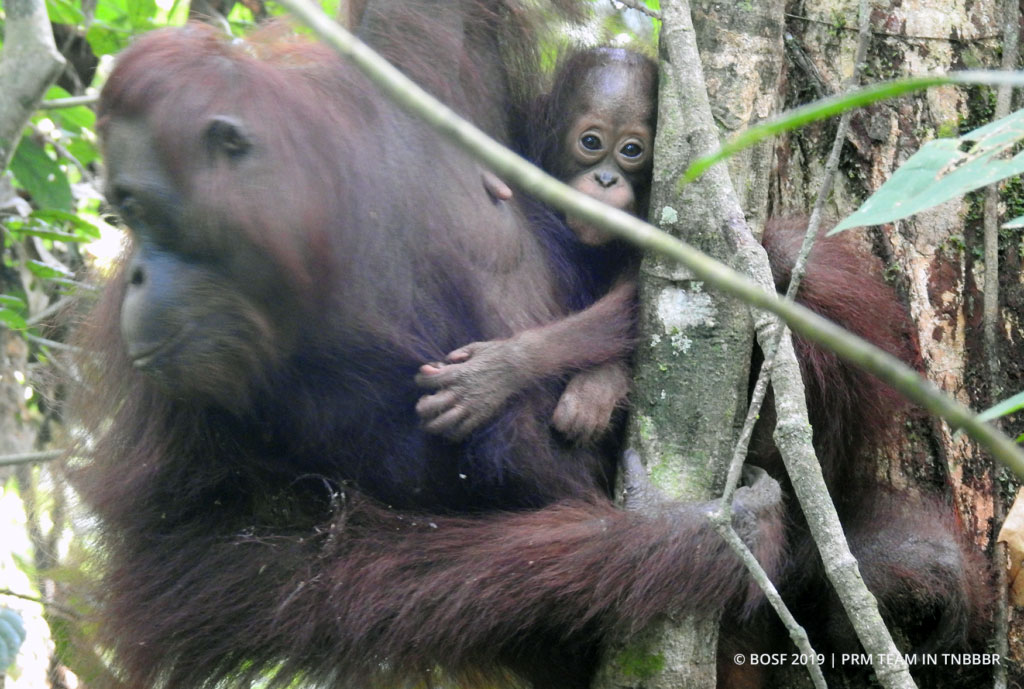 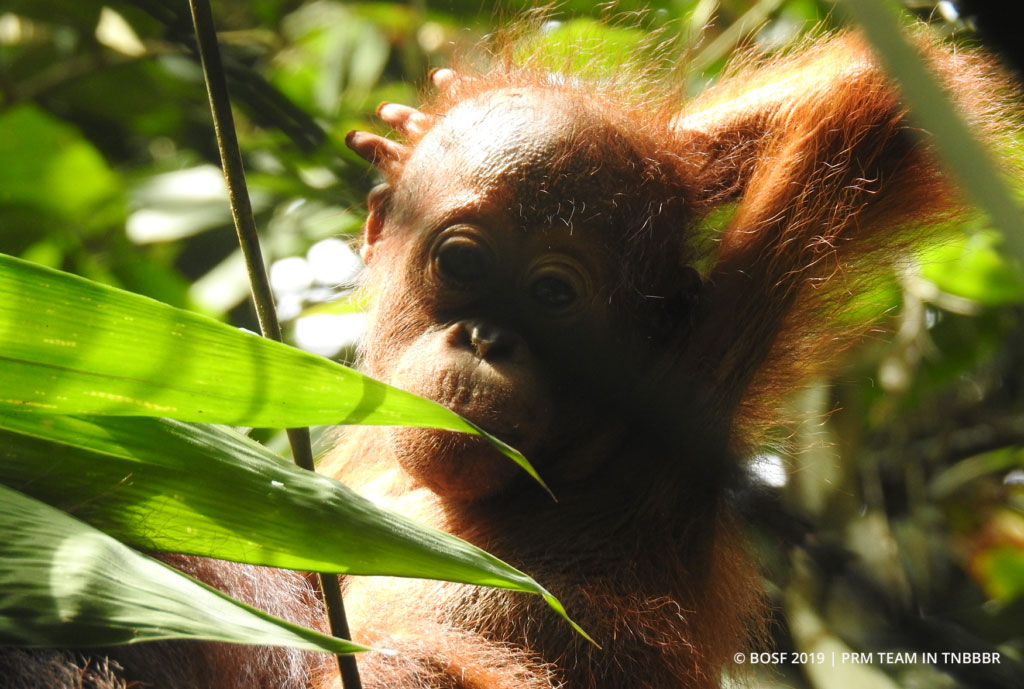 In the afternoon, the pair was observed playing and spending time with Dina, a 15-year-old female who was released a month after Nanda and Ananda, on 15 August, 2018. Dina also seemed to be in good health, and had adapted well to her surroundings. 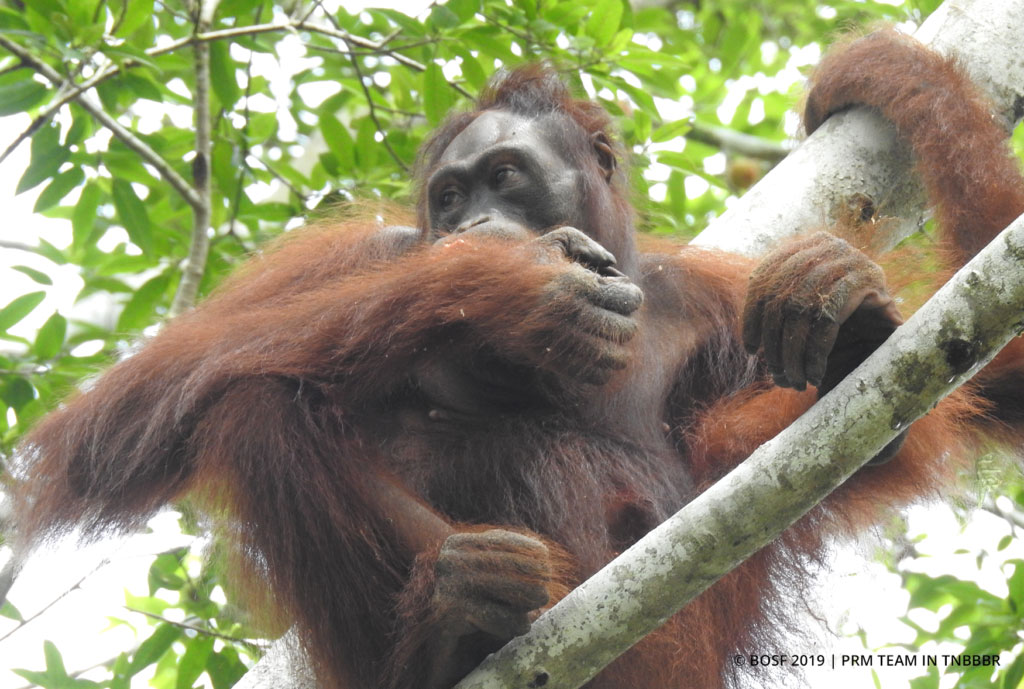 Bulan, Nanda, and Dina all share a heart-breaking history; all three lost their mothers at a very young age, and were held captive by humans. They spent many years at the BOS Foundation’s Nyaru Menteng Orangutan Rehabilitation Centre, where they had to learn and develop the vital skills and natural behaviours they would later need to survive in the wild. After successfully completing every stage of rehabilitation, all three were chosen to be released to the forests of the TNBBBR.

“It touches our hearts to be able to locate these released orangutans in the forest, and witness them living and adapting well to life in the wild,” said Risfatul Ulya, PRM Coordinator in the TNBBBR.