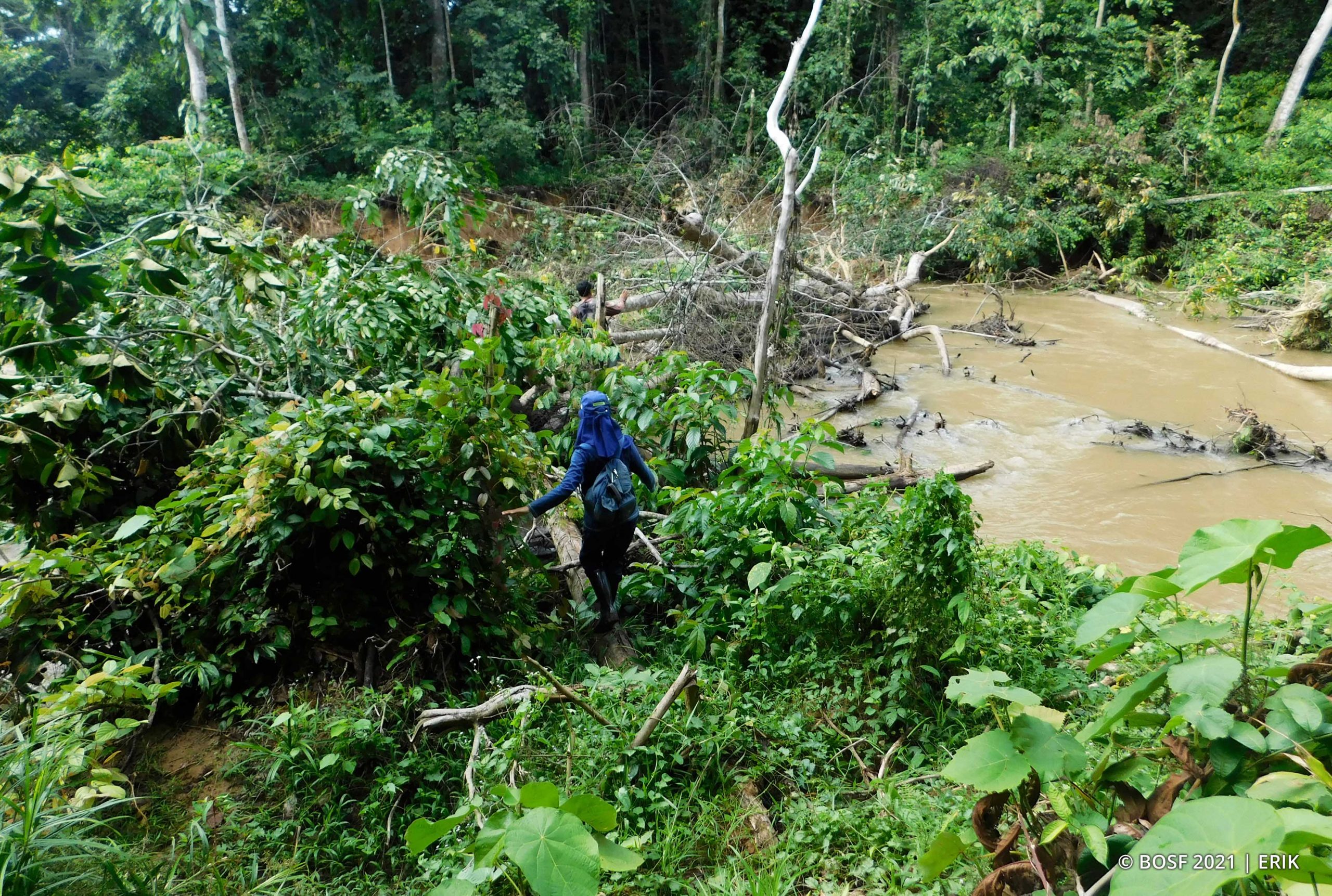 February 4, 2021 — The team under BOS Foundation’s Restorasi Habitat Orangutan (RHO) program based at Juq Kehje Sewen Island in Muara Wahau, East Kalimantan, conducts regular patrols to ensure the security of the forested island for the sake of its orangutan inhabitants. Part of the team’s job involves stopping would-be of trespassers, to prevent encroachment, hunting, and fishing off of the pre-release island.

Juq Kehje Sewen is an 80-hectare, manmade island built to accommodate orangutans undertaking the final stage of rehabilitation prior to being released to the wild. The island is located just a few hours away from the Kehje Sewen Forest. Patrols of the island also include the behavioural monitoring of orangutans to assess their readiness for release. However, while on patrol sometimes our team also discovers wild orangutans in the forest areas surrounding the island.

During their patrol, our team frequently checks in on huts and plantations owned by local people across from the pre-release island. Oftentimes, the team will receive reports of wild orangutans roaming the area from these local residents . In November last year, we received reports about three wild orangutans: two adult orangutans and a juvenile. According to the report, the three orangutans had not caused any damage to the villagers’ property, but the local population was growing increasingly concerned. We eventually were called to intervene, to avoid possible future conflict between the orangutans and the local human residents.

We began searching for the orangutans in the area where they were last seen, according to the information we had received. We explored the surrounding areas, including the natural forest near the local settlement, but to no avail.

Shortly after, we managed to find a large, old nest that had been constructed with a thick pile of leaves. The leaves of the nest were no longer green, indicating it had been built some time ago. Not too far away, we found another used nest, in a condition that was more or less the same as the first one. 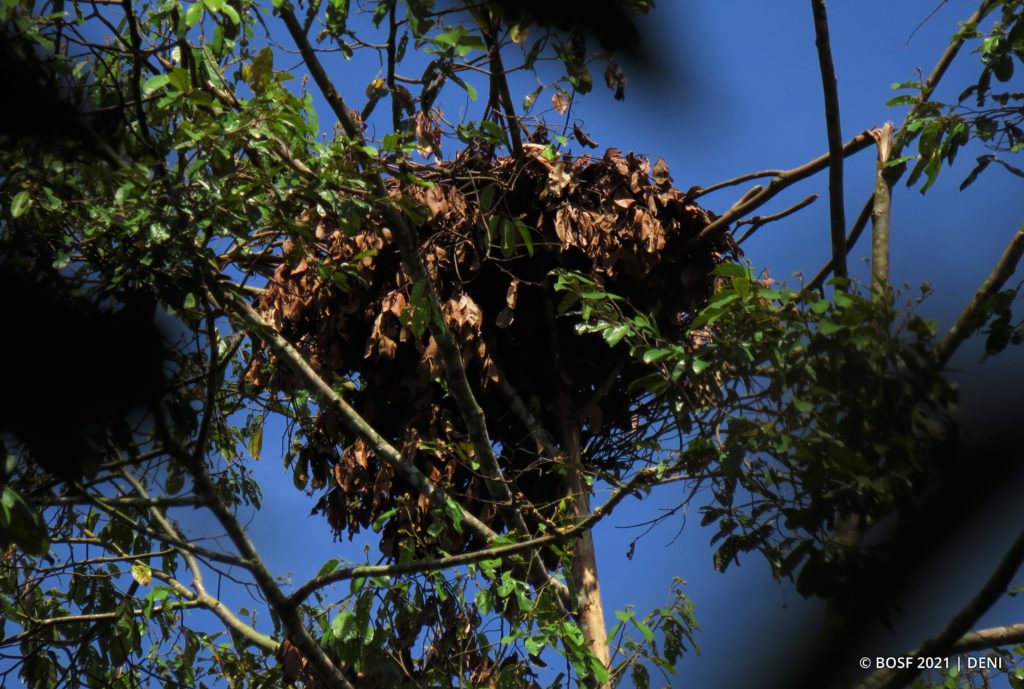 Despite the nests appearing to be quite old, their discovery encouraged us to explore deeper into the forest. However, we failed to find evidence of the wild orangutans’ whereabouts in the forest, so headed back to camp. Without encountering the wild orangutans directly, we could only document the discovery of their used nests.

We hope to one day cross paths with these three orangutans during our patrols, just to confirm their safety. Preserving orangutans and their habitat requires us all to work together, thus we are always delighted to collaborate with local communities and together work towards this goal!