March 2021 — The last you may have seen of Dilla and Delilah may have been when young mother Dilla was reunited with her previously rejected daughter Delilah. For a short time, it appeared as if Dilla was warming to touch of her tiny daughter, but, unfortunately, despite our best efforts, the bond never truly formed. For the safety of young Delilah, our animal care team had no choice but to make the hard decision to put Delilah under the care of BOS Foundation surrogate mothers. We speculate that it is due to her own traumatic, motherless past, that Dilla was simply not ready to be a mother to her child.

While all orangutans in BOS Foundation care have a tragic backstory, Dilla had a particularly rough start at life. When she was rescued, Dilla was estimated to be almost five years old, but she had spent over four years in captivity at the hands of humans. Most orangutans are only subjected to a number of months before they are surrendered or reported, but poor Dilla withstood the ordeal for many years. When she arrived at the Nyaru Menteng Orangutan Rehabilitation Centre, she was also in questionable physical condition as we quickly found her to be blind in her left eye, due to untreated cataracts.

When an orangutan enters our care with as much trauma as Dilla, we know it will be a challenge to rehabilitate them, and it appears it also prevented Dilla from caring for her own daughter. With Delilah under the care of surrogate mothers, we were able to fully focus on Dilla’s rehabilitation. After a time in the socialisation complex, we moved Dilla to a pre-release island to hone her skills, but again, things did not go as planned.

On the island, Dilla shined as an active orangutan and excellent climber, but sadly, that is where the list ends. She did not appear to be learning new skills or even using her old ones. Instead of foraging for wild foods, Dilla tried to rely on the supplemented food for almost all of her diet. She also struggled with appropriate socialisation between with other orangutans and ultimately failed to compete with them for food. This combination led to Dilla not only losing an unhealthy amount of weight, but eventually contracting worms as well.

The team made the decision to remove Dilla from the island for treatment and to give her island spot to another orangutan and with greater potential for being released. After a long period of assessment and deliberation, it was decided that Dilla was more suited for life on a sanctuary island where there is less competition with other orangutans and the technicians can provide her with even greater support to make up for her lacking skillset. On a sanctuary island, despite being unable to initially overcome the trauma of her past, Dilla will still be able to live out a natural life. And maybe, just maybe, still develop skills over the years so that she can return to a true forest. 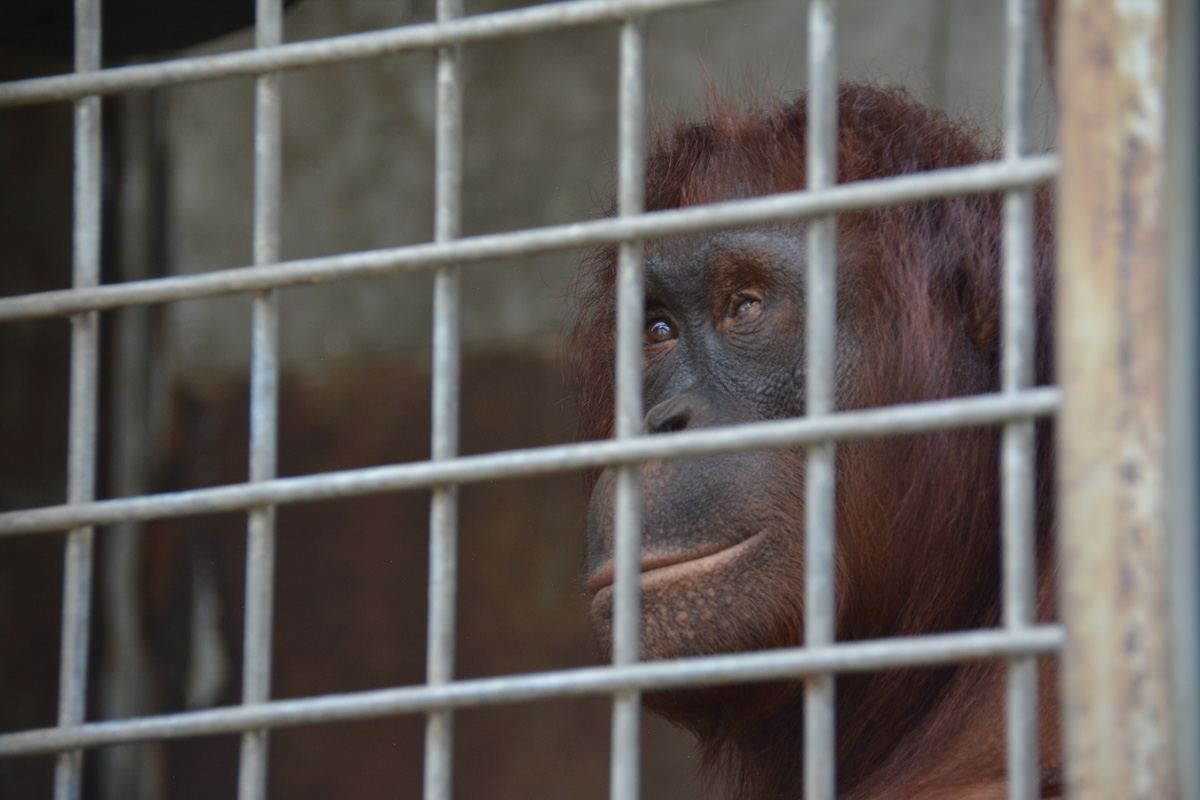 Dilla's big move to the sanctuary island... Click on the image to see it full size.

As Dilla has been busy working on her own rehabilitation, our dedicated surrogate mothers have been taking care of Delilah around the clock, teaching her how to be an orangutan. As Delilah was still a newborn when Dilla rejected her, she never showed signs of trauma in the nursery. She instantly bonded with the surrogate mothers who stepped in to ensure her psychological needs were met.

Delilah is now 2.5 years old and already showing promise in her forest school lessons. Of the 14 students in the nursery, Delilah is one of the most capable. She is not only active but shows no fear when in her forest home. Everyday she leaves the safety of her surrogate mothers and takes to the trees. Right now, her record is climbing over 20 metres into a tree; very impressive for someone under the age of 3. Once in the canopy, Delilah typically chooses to spend her day there, only descending when the surrogate mothers offer fruit or milk. She is also a social individual as she has befriended each and every orangutan in the nursery!

Although Delilah will not be raised by her own mother, she lacks the intense traumatic memories that torment so many of the other orangutans in rehabilitation, including Dilla. This in combination with her outgoing personality, fearless adventuring, and avid curiosity, lead us to believe that Delilah is already on the path towards being a release candidate in the future.

In life, few things go to plan, and this holds especially true for orangutans undergoing rehabilitation. We, at the BOS Foundation, will always do all we can to give them the best possible outlook for their futures, but this can mean something different for every individual. In the case of Dilla and Delilah we will not be reporting the ‘ideal’ ending of a mother raising her daughter in a wild forest, but we are still just as proud of them for the progress that they have both made despite the adversity they faced. We know they will still find their own unique ‘happy endings’. 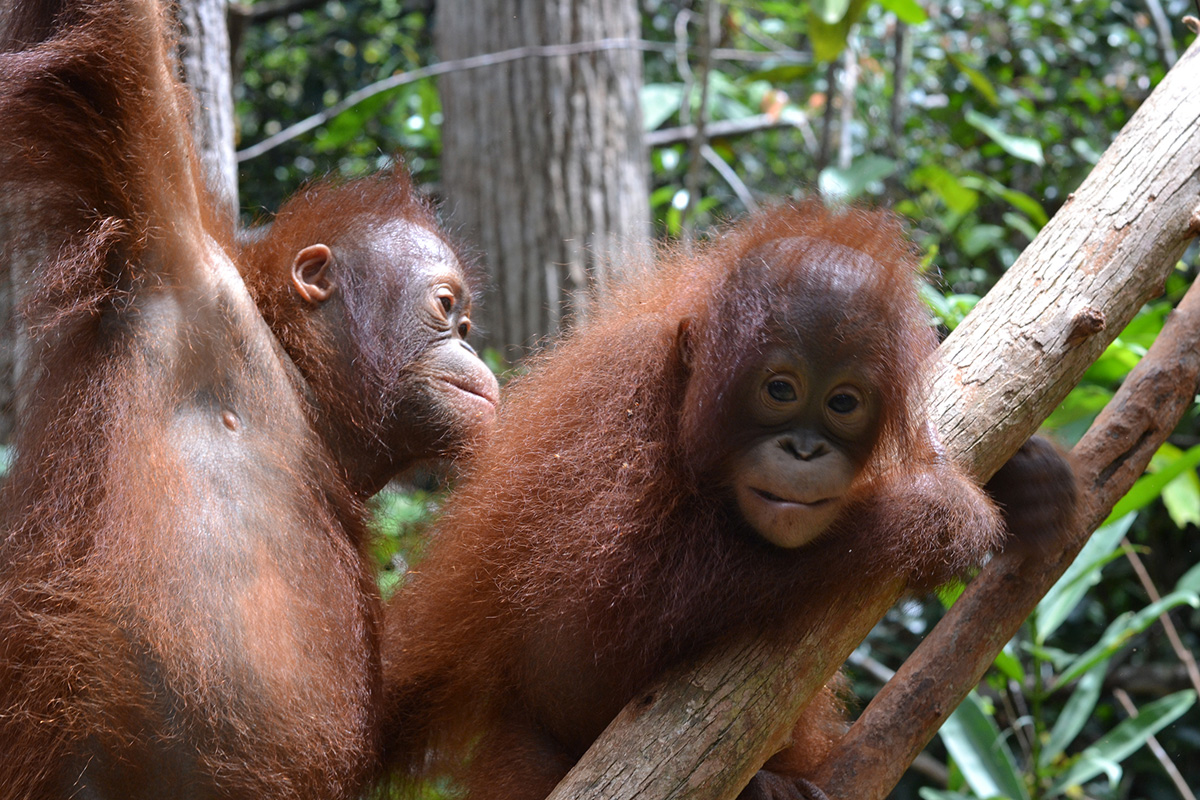 Delilah is thriving in Forest School! Click on the image to see it full size.