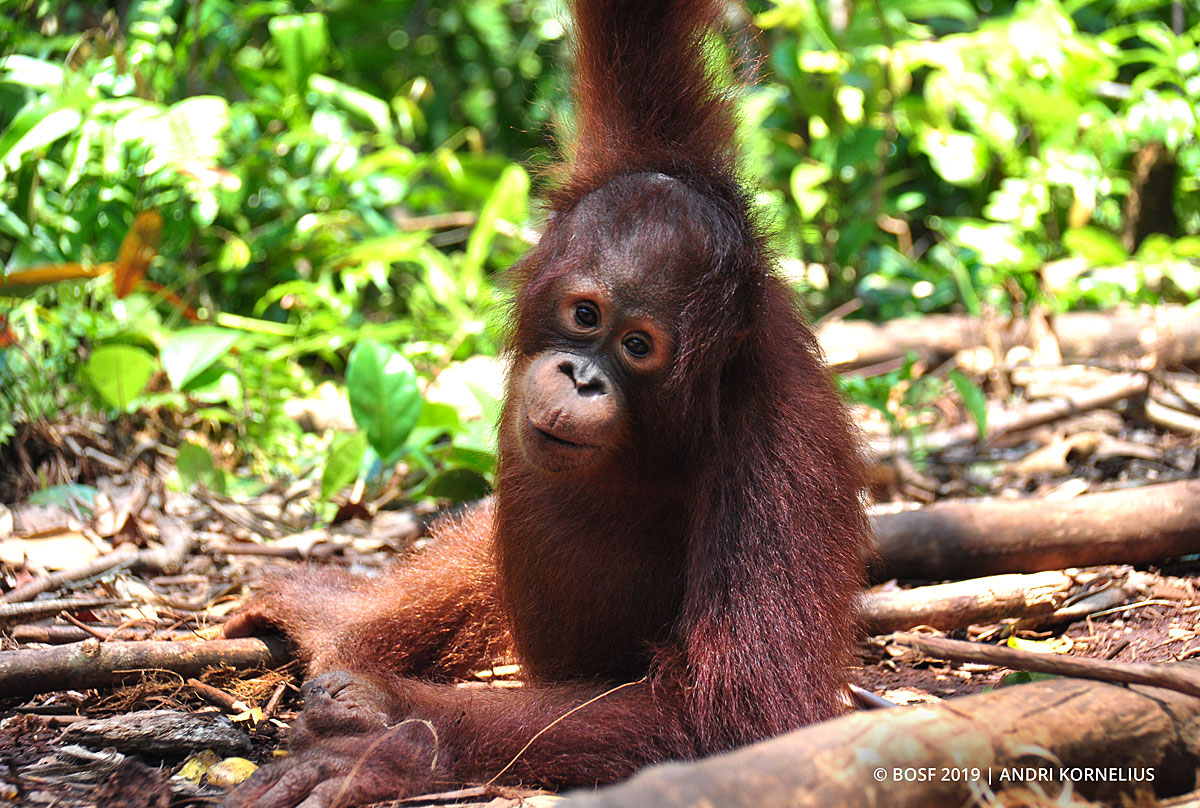 December 6, 2019 — The majority of orangutans that we take in at our rehabilitation centres arrive in a similar condition: malnourished, in poor health, and suffering with the severe trauma of being separated from their loving mothers. But after years of rehabilitation, these orangutans slowly develop a sense of confidence, are able to build up a survival skillset, and reach many other milestones as they grow and mature.

Bumi is among these orangutans that have come into our care.

Bumi, a student of the Nyaru Menteng Forest School, was rescued in Tumbang Koling Village of East Kotawaringin Regency, on 18 June 2016, after being kept in captivity for about a week by a local resident. At the time of his rescue, Bumi was in a terrible condition, weighing only 1.4 kg at the tender age of two months.

Bumi was immediately placed in a special care unit to receive around-the-clock treatment. He remained there under quarantine for three months before joining the baby group, to be with orangutans his age. Bumi’s progress during his time in the group far exceeded our expectations.

During his time in Forest School Group 1, Bumi would happily dangle from branches and move around trees, while many of his peers hesitated to try new things. He even had his own favourite spot: a hole in the exposed root system of a particular tree, a place he frequented to enjoy his snacks in peace. Gumbili, sweet potato in Dayak language, became his favourite food.

Today, Bumi is in Forest School Group 3, where he loves to play with Bravis, Josh, and Jacqui. The four have formed a solid friendship and will look out for one another. 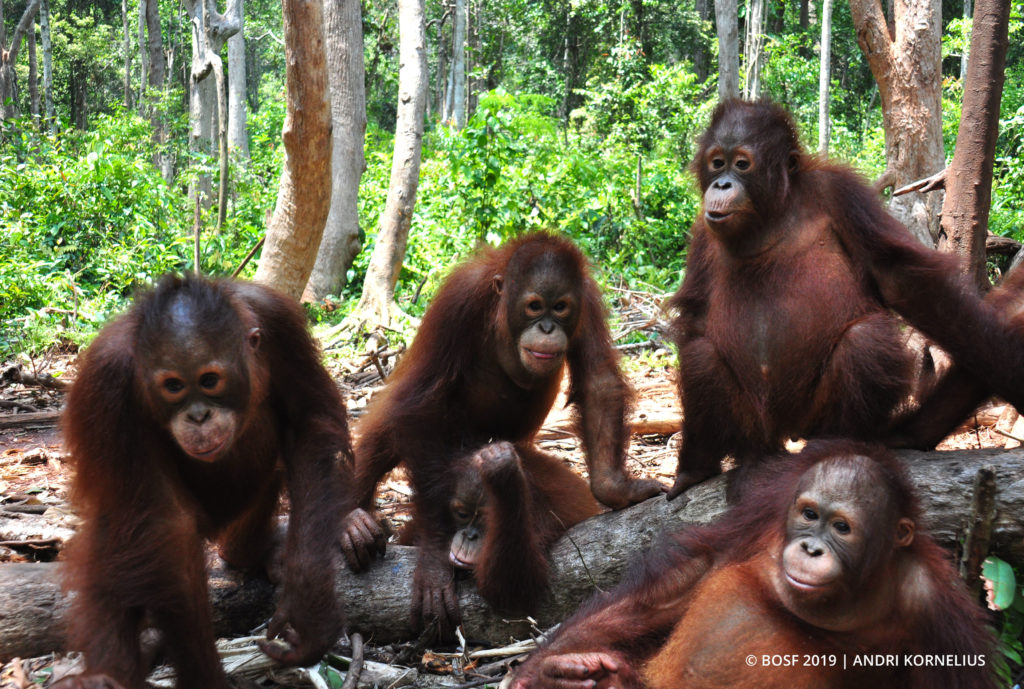 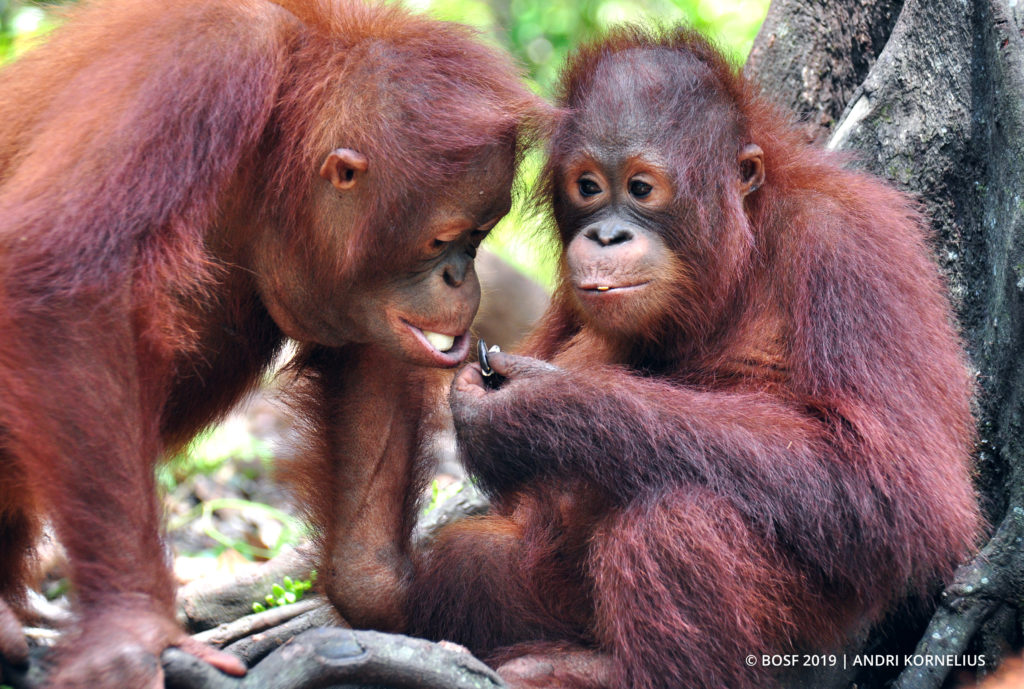 One day, Taymur, an older orangutan from Group 5, suddenly appeared in front of them when they were playing together. A two-year age difference naturally made Taymur appear to be the more dominant among them, and his presence clearly disturbed the four. Despite being the smallest in the group, Bumi quickly reacted by stepping forward to take on Taymur. He did not seem afraid of his bigger elder, and the two began to wrestle.

Josh soon followed suit, and joined in to help Bumi wrestle Taymur. It wasn’t long before Taymur became overwhelmed by the attack from these two brave juniors, and wriggled out of their grip to flee the scene.

We are amazed to witness Bumi’s development. There seems to be no trace of the once traumatized little orangutan that we first met. These days, Bumi is a brave and confident young orangutan! We have absolutely no doubt that he will grow to become a dominant male figure, and live wild and free in the forest someday.