The BOS post-release monitoring team reported in from Camp Totat Jalu in the Batikap Forest that after their reintroduction, the four mother-infant pairs have all adapted well. The mothers appear to be patiently protecting, caring and guiding their infants to build nests, climb trees, explore and forage for food in the forest.

The BOS post-release monitoring (PRM) team have observed the mother-infant pair Jambi and Jamartin and reported that mother and son spent most of their time up in the trees. Jambi, who became very skilled at foraging during her rehabilitation period at Nyaru Menteng, was apparently enjoying her new environment and was spotted eating rattan shoots and forest fruits such as the lumuk, a kind of jackfruit. 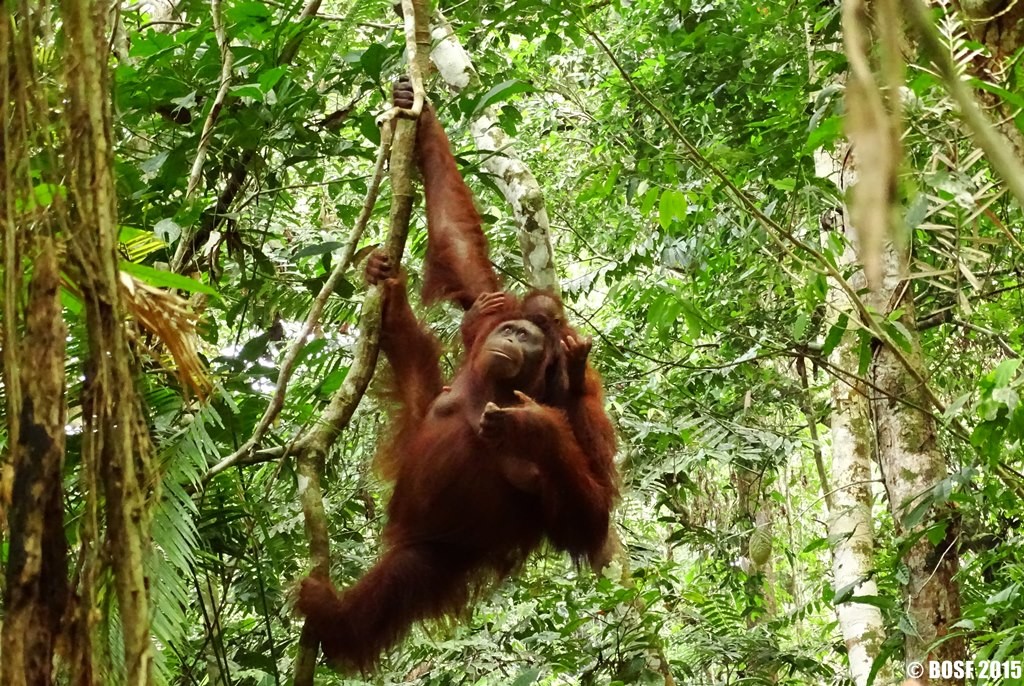 Observing released orangutans can be quite challenging, as was the case with tracking Mawar and Mumpuni. The PRM team noted that 3-year-old Mumpuni would kiss-squeak whenever he saw a human approach, to indicate his displeasure. This was also a signal for Mawar, the mother, to move away through the trees as baby Mumpuni clung to her. This is how wild orangutans would behave upon seeing a person, so we are delighted with their reaction. 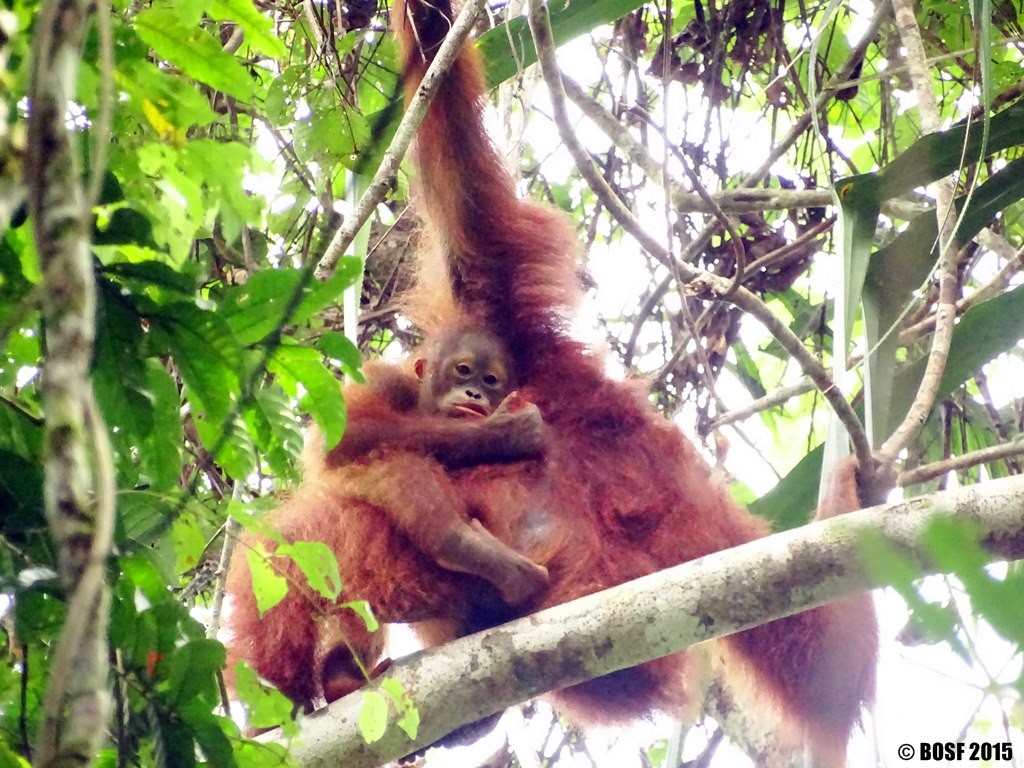 The team found Meklies and her baby, Meklias, playing up in a tree. At first, the team did not spot Meklies, so they thought the baby was playing all by himself. It took a couple of minutes for them to realize that mother Meklies was indeed nearby. After seeing our team, Meklias quickly returned to his mother, who was resting up in the same tree. 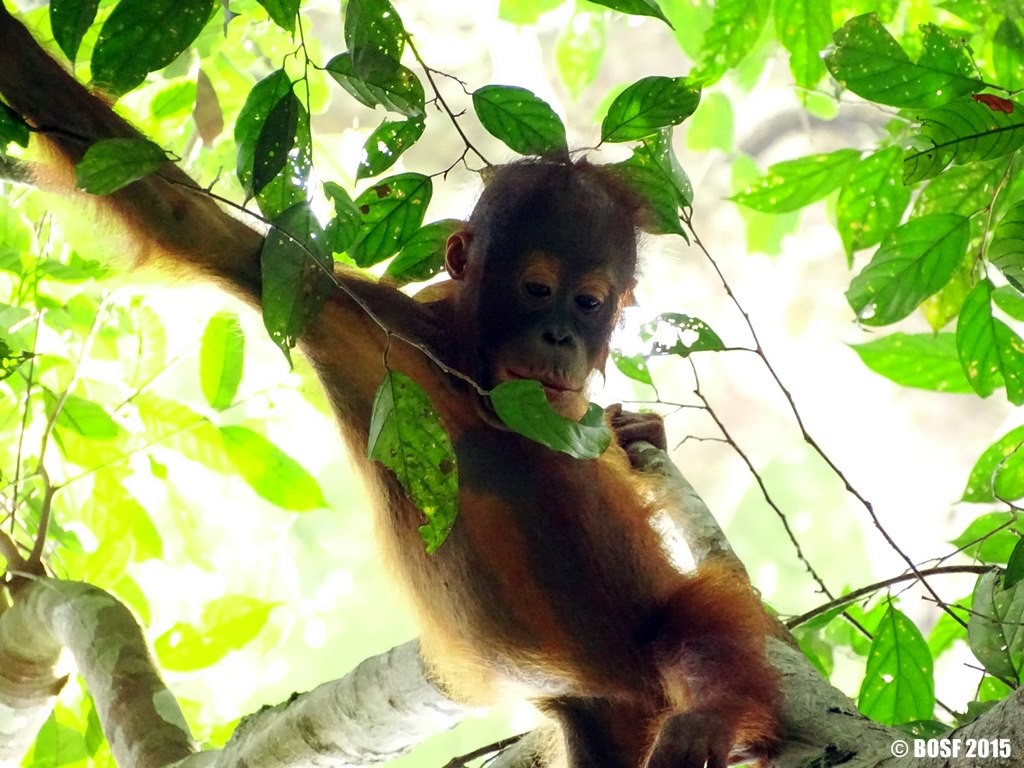 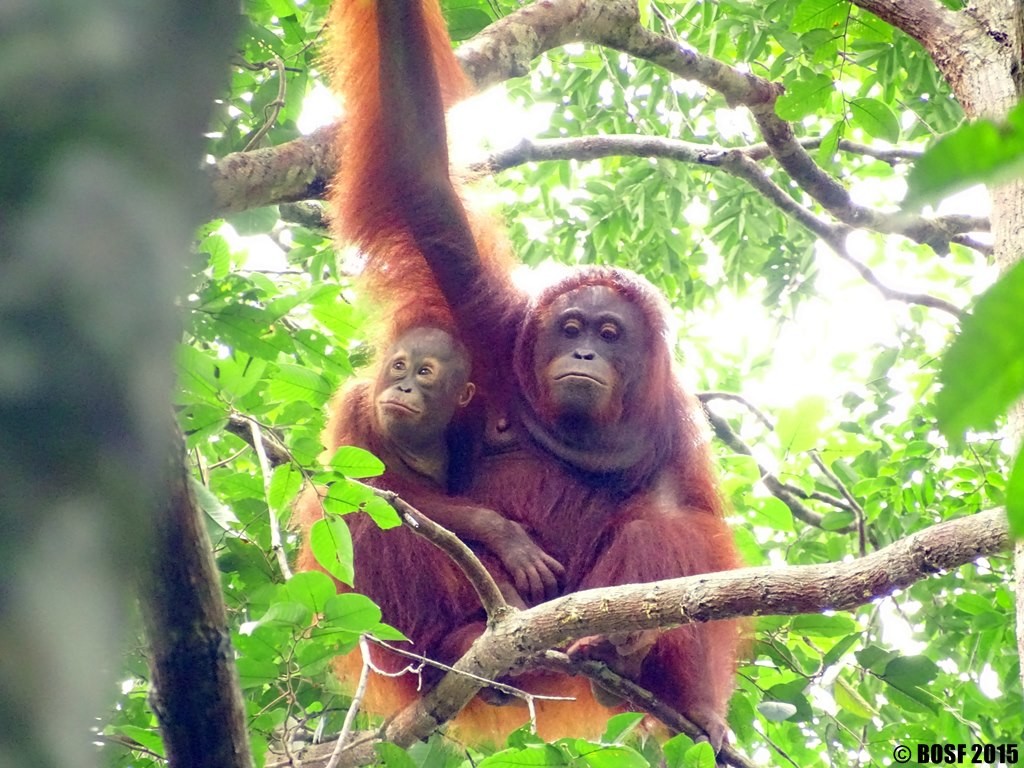 Like Jambi, Mawar and Meklies, Sumeh is a good mother to her baby, Sawung. During observations, the pair spent a lot of time up in the trees, which is exactly where they should be. 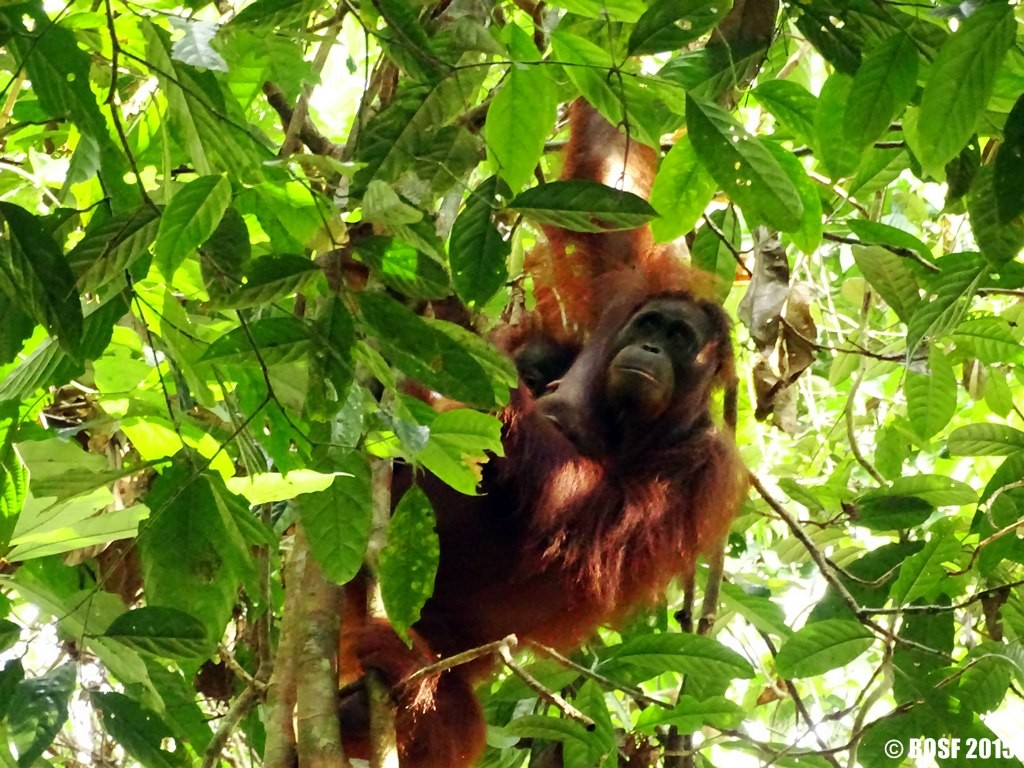 It is fantastic to see that the released orangutans are adapting well to their new home in the forest. The team will continue in the new year to reintroduce orangutans from both rehabilitation centers – Nyaru Menteng and Samboja Lestari – back to their natural habitat. Through the reintroduction efforts we ask for all stakeholders to support and take real action in orangutan conservation, for the benefit of a sustainable future for this planet and all its living creatures.

You can make a difference right now by showing your support for orangutan conservation and help save orangutans!

How Your Donation Helps: