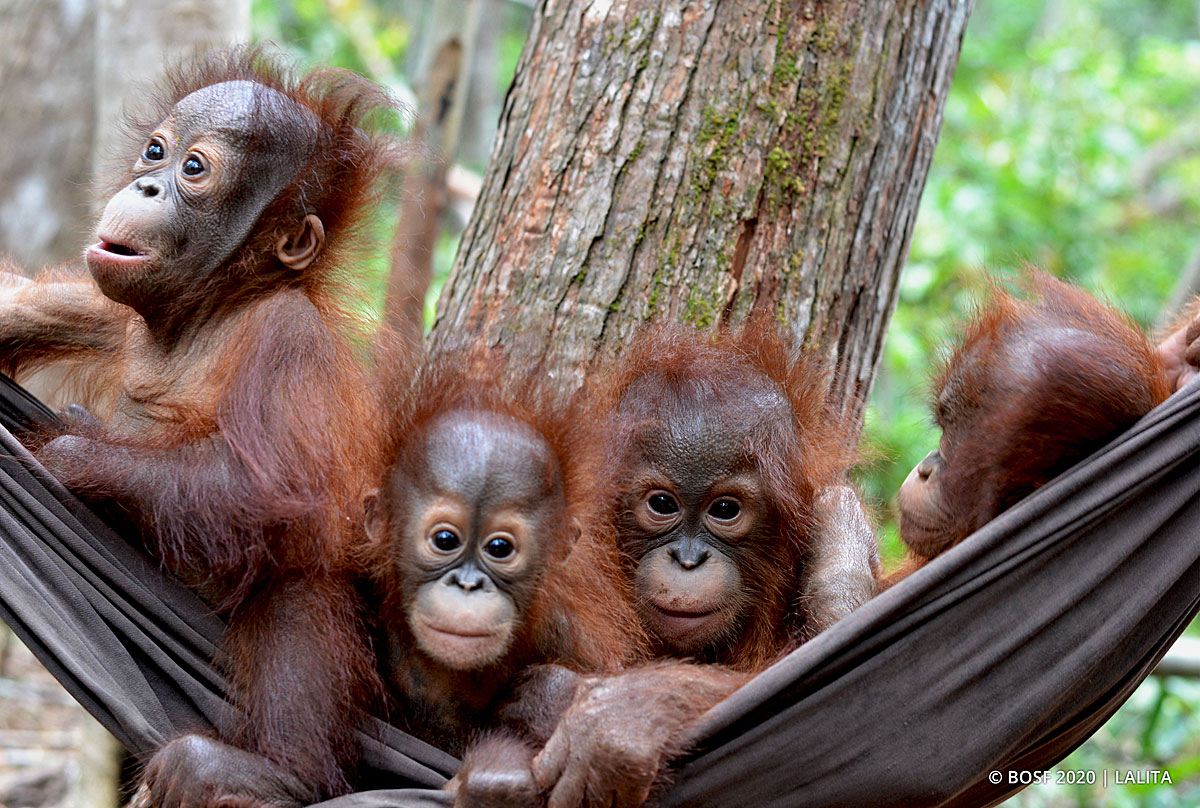 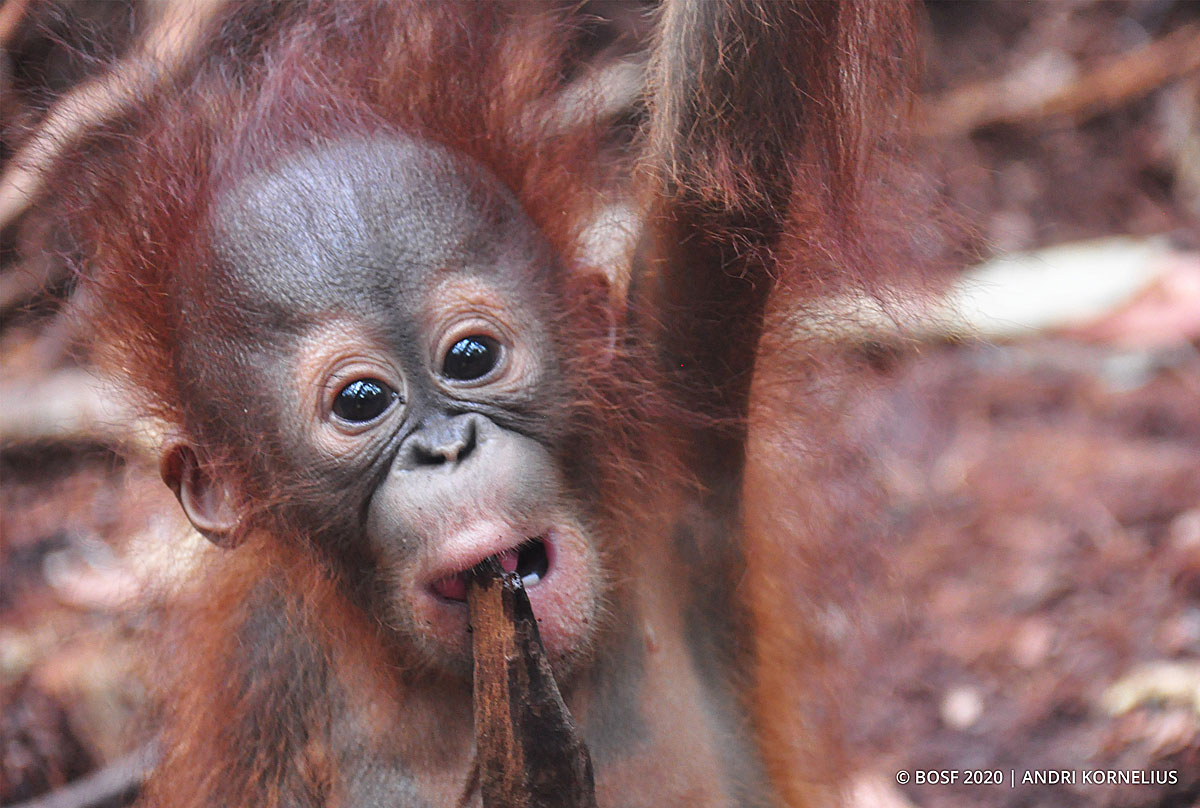 Monyo was rescued from the village of Petuk Liti, Pulang Pisau Regency, Central Kalimantan. A local villager claimed to have found 6-month-old Monyo stranded alone a week prior to being rescued by a team from the Central Kalimantan BKSDA. The team handed him over to Nyaru Menteng on 14 November 2019.

Monyo underwent a 3-month period of quarantine with Niniek and Hanua, then joined the Forest School Nursery Group. The surrogate mothers have reported that Monyo has grown more confident during his time in the group, and his health has improved. He is not afraid of climbing trees, but will usually stop at one or two meters off the ground. This is good progress for such a little guy! 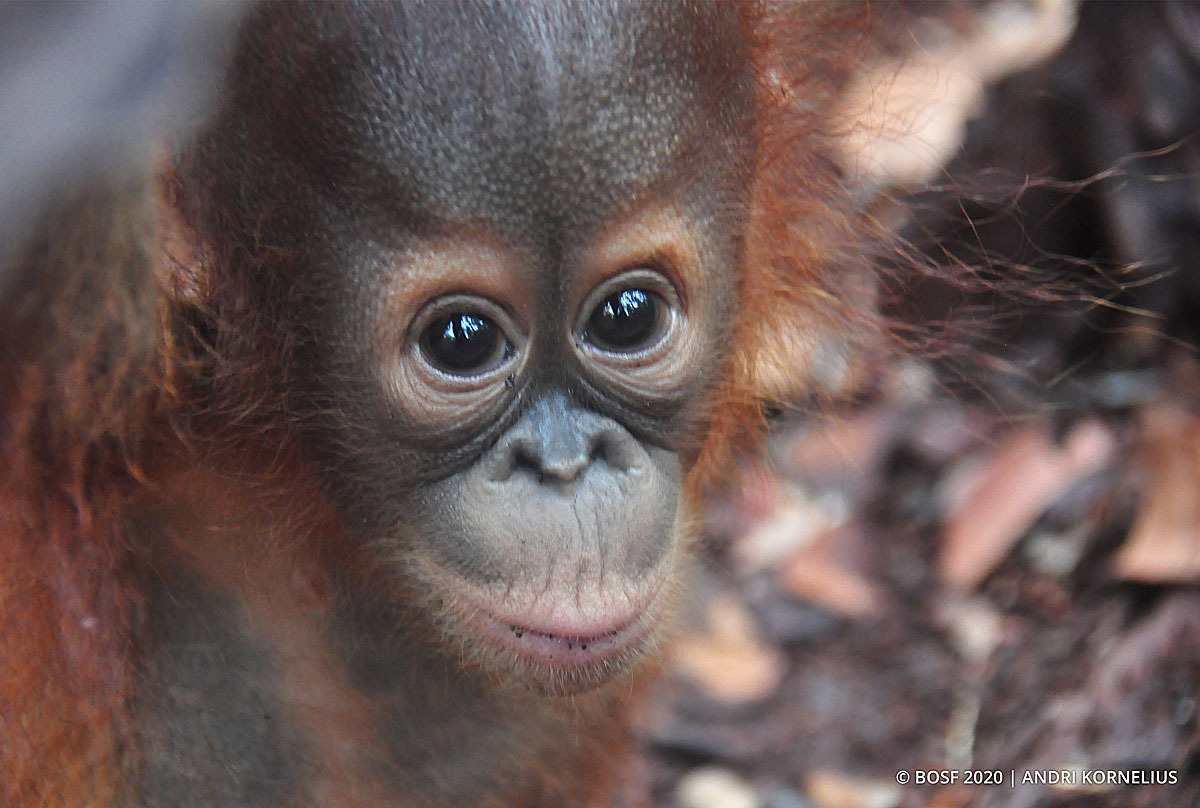 Niniek was allegedly found alone in a sand excavation area by a local resident, who then held her captive for four days. A joint team from BOS Nyaru Menteng and the Central Kalimantan BKSDA went to Gunung Mas Regency on 1 November 2019 to confiscate Niniek and bring her back to Nyaru Menteng.

After completing the 3-month quarantine, Niniek joined the Forest School Nursery Group. Niniek is the youngest member of the group and the only female. She prefers to play alone and will happily explore her surroundings, but will not stray too far from the surrogate mothers. We believe she will slowly develop her confidence. 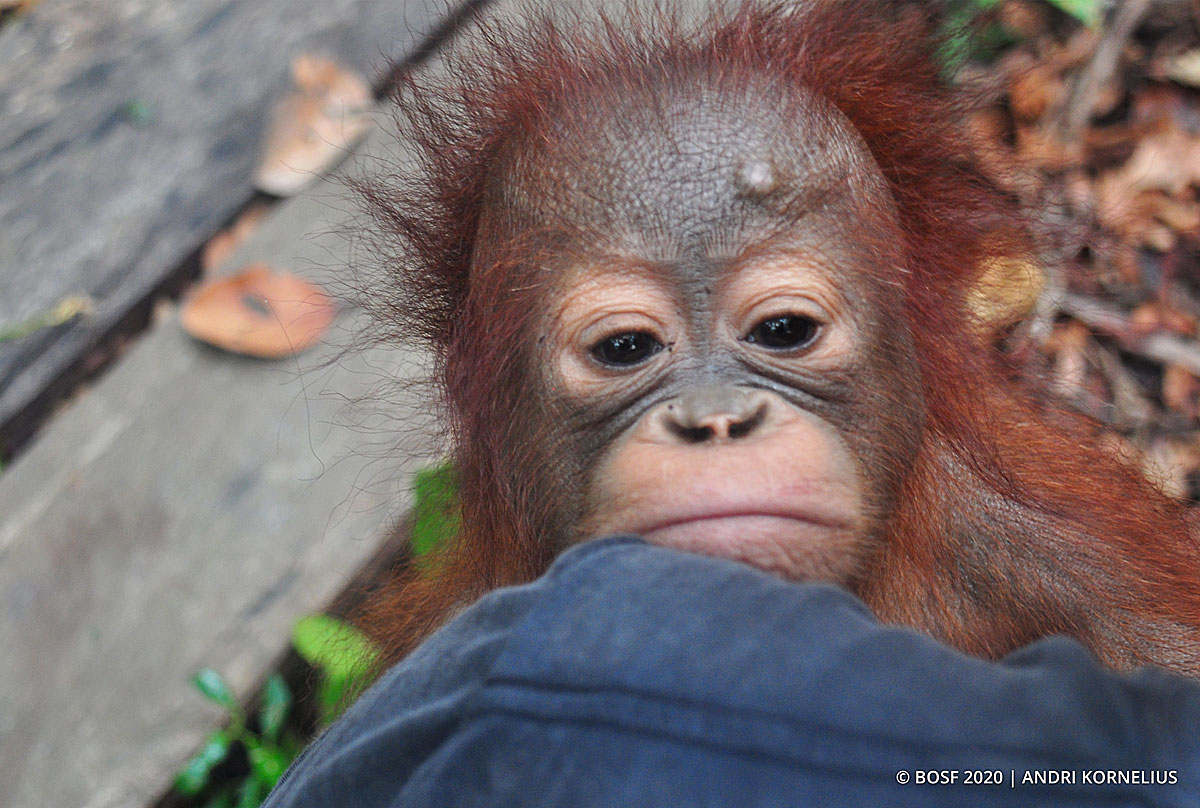 Hanua, the Independent, but Gentle One

Hanua was handed over by a villager who had previously kept him as a pet, on 14 November 2019. He arrived at Nyaru Menteng that same day, in very poor health, with multiple open cuts on his toes, forehead, and eyelids. He also appeared to be suffering from psychological trauma, was extremely nervous, and would scream out randomly at times. He was placed in an isolation room, where he received intensive treatment from our medical team and dedicated surrogate mothers.

After overcoming the critical stage, Hanua entered the quarantine period with Monyo and Niniek.

In the Nursery Group, Hanua has begun to show his gentle, but independent nature. Occasionally, he will climb a tree high enough to play in, but his arms and legs still appear to be stiff. We hope he will be able to make a full recovery and move more freely in the near future.

We will strive to provide the best care for these dear baby orangutans, and support them throughout the long rehabilitation process. Hopefully, they will all get the chance to taste true freedom in the wild someday. Keep growing and learning, babies!